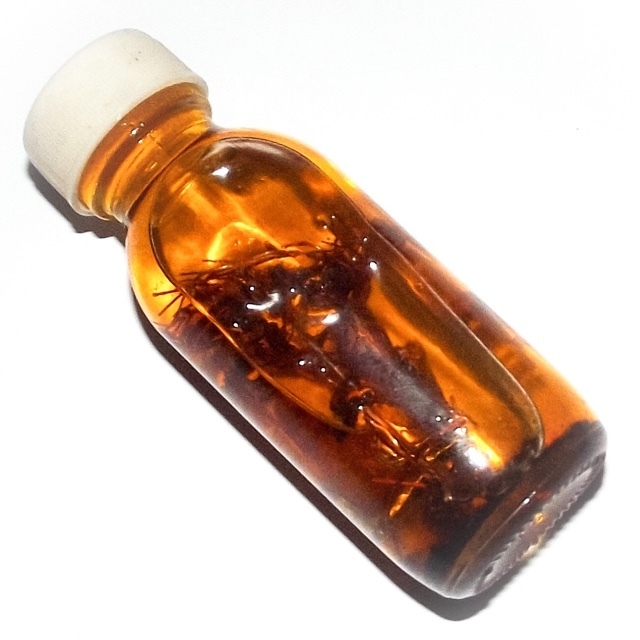 'Khuad Kroo' Large Bottle of Concentrated Master Potion, one single bottle only was made, by Ajarn Spencer Littlewood of the Asrom Por Taw Guwen, with two Takrut Scroll Spells immersed for Metta Maha Niyom. An extremely rare opportunity to Bucha a whole Dork Tong Flower as both the Muan Sarn Ingredient, and the Object of Bucha as a Potion in its own right.

The Oil is purely aimed at Kaa Khaay and Maha Sanaeh Metta Maha Niyom effects for increasing Business Sales and attraction of Customers when placed in the place of Business, or for using as a Maha Sanaeh Seductive attraction agent by smearing the perfumed oil on yourself. 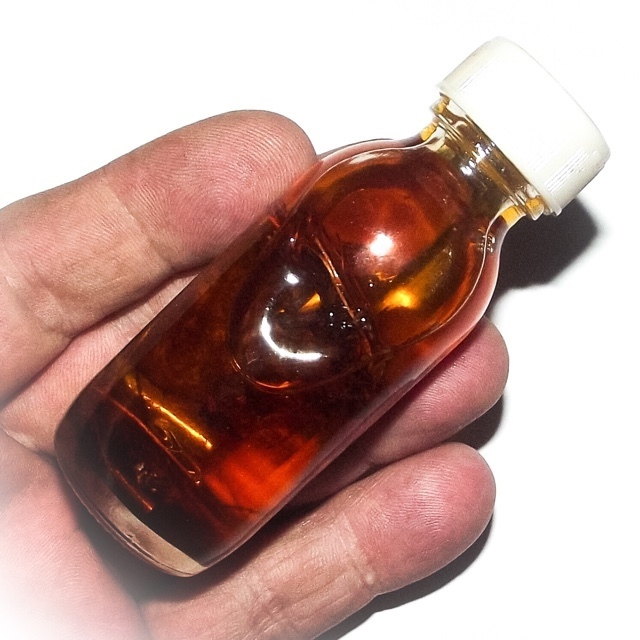 The oil contains a host of sacred Oils and herbal extracts which have been boiled out of herbs, roots and immersion of sacred Amulets, with perfumed oils added specifically intended to mask the Prai Ingredients from the conscious mind, allowing them to work their magic without being noticed, and to allow the oil to be used as any normal perfume may be used. It is very unusual to implement the use of a whole Dork Tong Flower to one single amulet, for it is such a rare aquisition in itself. The Paya Wan Dork Tong Herb is an extremely valuable Maha Sanaeh Herb in itself in the 'Dtamra Saiyasart' of Thai-Khmer Sorcery, but its flower, a single golden and white flower that only comes to bloom once a year, with only one single flower per plant coming into bloom per year.

With only one flower per plant once a year, and the rarity of encountering this flowering magical herb itself when it is in flower, demonstrates just how difficult it is to obtain a whole Dork Tong Flower. Most Powerful Dork Tong Oils may use one flower for ten bottles of oil as an additional part of the admixture, but a whole flower in one amulet, is indeed an extremely rare thing to see, and an immensely powerful Maha Sanaeh Charm to possess. 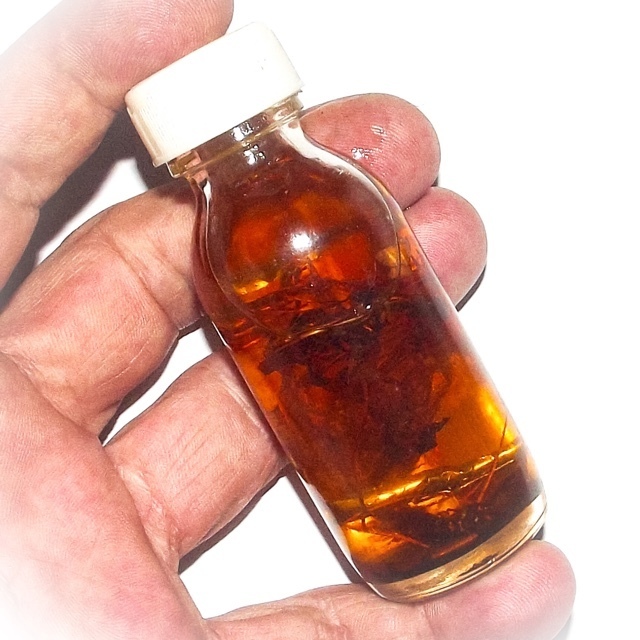 The oil is very powerful and only a very tiny drop is needed to emanate a perfumed aroma when dabbed on the skin. One whole Dork Tong Flower is immersed in the bottle, for the maximum Maha Sanaeh attraction and seductive charm to stun those who enter within its pheromonic aura of influence. The Paya Wan Dork Tong is one of the most important ingredients used in the making of Muan Sarn Powders for Amulets, especially famously for its use in the Muan sarn of many Pra Khun Phaen amulets, and almost all true Maha Sanaeh amulets which use herbs, flowers or oils for their composition. Its flower blooms only once a year, with only one single flower appearing per plant. Its rarity is as great as its reputed power of Maha Sanaeh Seductive Charm as a Magickal Plant. 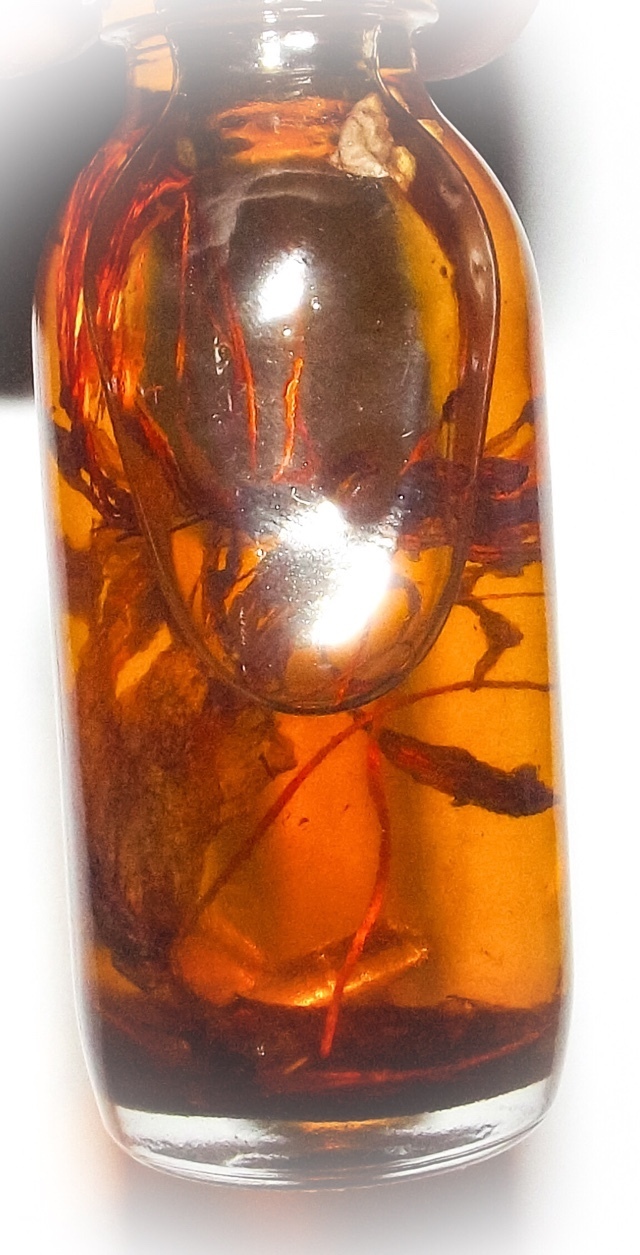 The leaves of the Paya Wan Dork Tong herb in themselves are seen as powerful ingredients for Maha Sanaeh amulets and Prai Oils, but it is the flower that is the crown of its creation, and which is believed to possess the ultimate Maha Sanaeh Magic within it. No special Bucha is needed, except one single Kata which can be chanted whilst envisioning the things or persons you wish to attract towards you, be it lovers or customers or business profits;

If you wish to increase Maha Lap Power for Lucky Fortunes, The Pra Sivali Magic of the Takrut within the oil can be invoked by you using the Bucha Method for Pra Sivali Maha Thaera Arahant, who is reputed for being personally endowed with great Metta Mahaniyom Compassionate Mercy Charm and Maha Sanaeh Attraction. 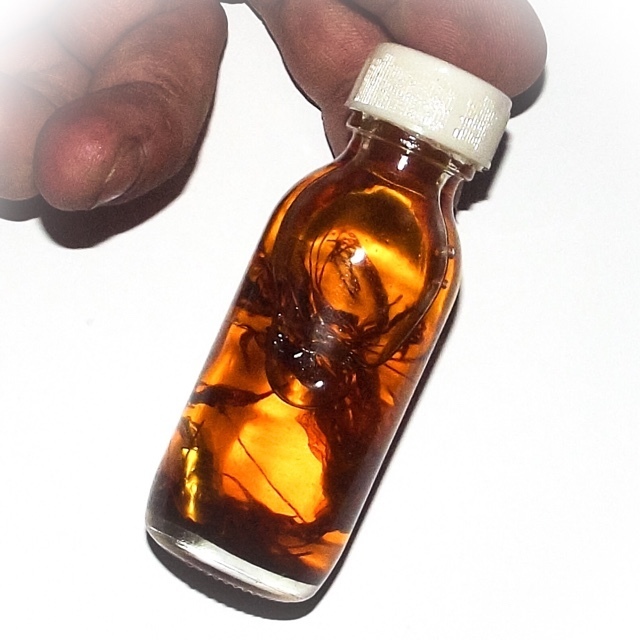 The main basis for this oil potion was made from the Nam Man Prai Cauldron of Ajarn Spencer's Wai Kroo in 2556 BE, which were boiled in a large cauldron during Wai Kroo Ceremony, and regenerated each year during six years (four years of Prai Oil Regeneration in a pot up to the New boiling session in 2556, and then after again up to 2558 BE). 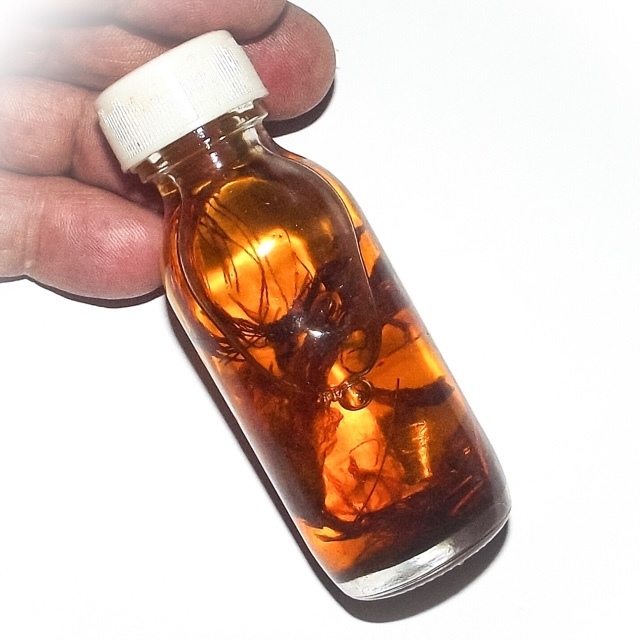 They 2556 BE boiling session was performed, by adding a large number of different potions and sacred oils, both from Ajarn Spencer's own Wai Kroo oil boiling sessions, and using a host of powerful oils from many famous masters such as Lersi Waet, Luang Phu Suton, Ajarn Taep Pongsawadarn, Ajarn Wara, Ajarn Apichai Decha, Ajarn Chum Chai Kiree, Pra Ajarn Supasit, and many many other masters. 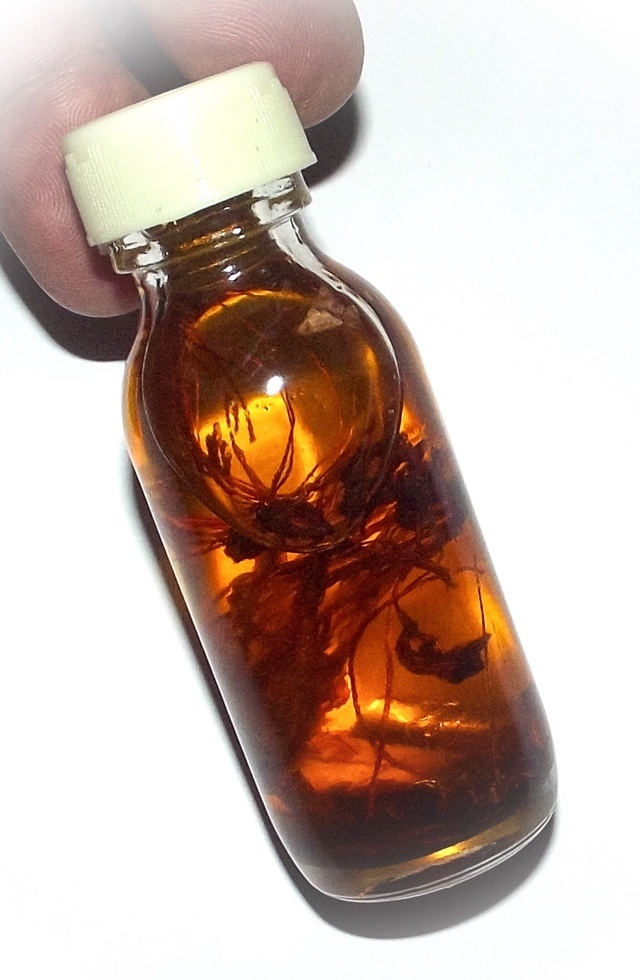 Since then, various other herbal potions and the Dork Tong Flower were added and left to soak for over one year in the oil, and perfumed ingredients were added to imbue a natural perfumed aroma to the oil for use as a perfume. 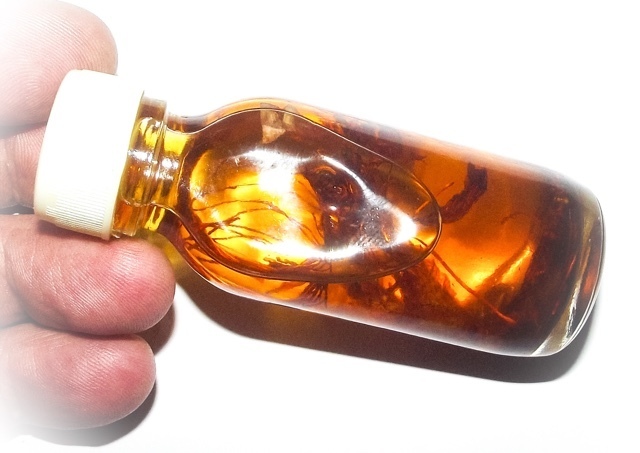 For Metta and Auspicious Buddhist Blessings, then you should just use the Kata Maha Namasakara first and then the Kata Bucha Pra Sivali (Pra Chimplee).

(When you chant this whilst making Bucha to Pra Sivali, then say in your inner heart
silently the following words; 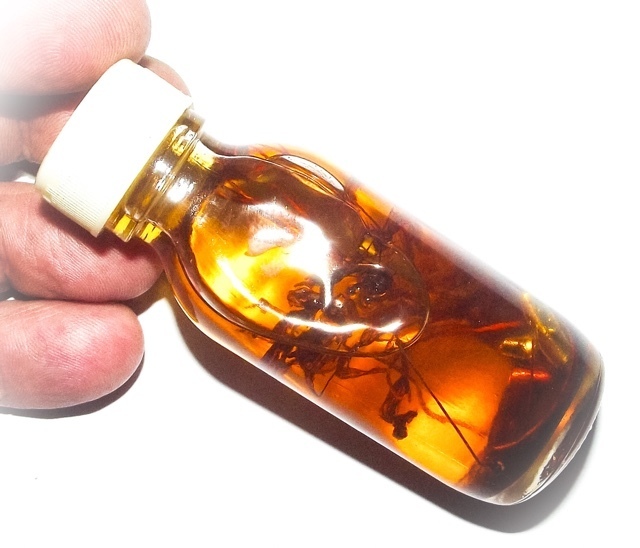 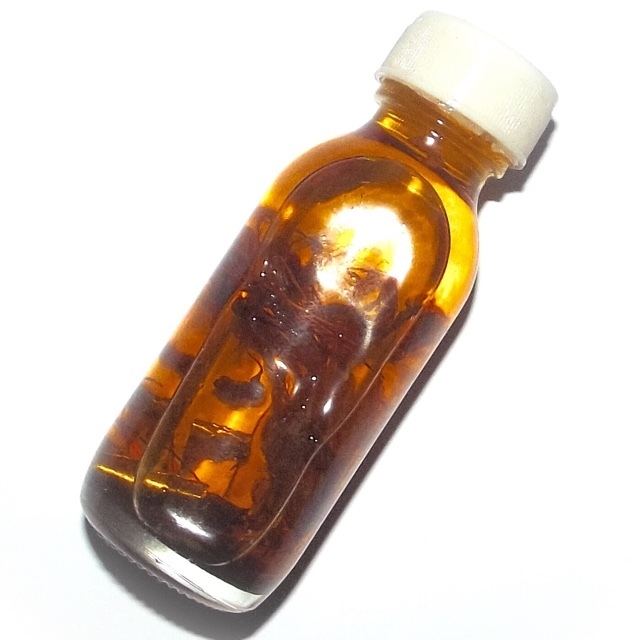 (Say in your heart) “May the magical powers of luck and fortune of Pra Sivali Thaera be installed within my perception, mind and body. As Pra Sivali was often a safe refuge for the Buddha, the Arahants and the 4 thousand Dhamma Khandas, thus so shall Pra Sivali Thaera be my refuge. May his immense power of Metta Mahaniyom and Choke Laap Saggaara generate riches andgood fortunes in life, For absence of material things leads to physical suffering and plight”. 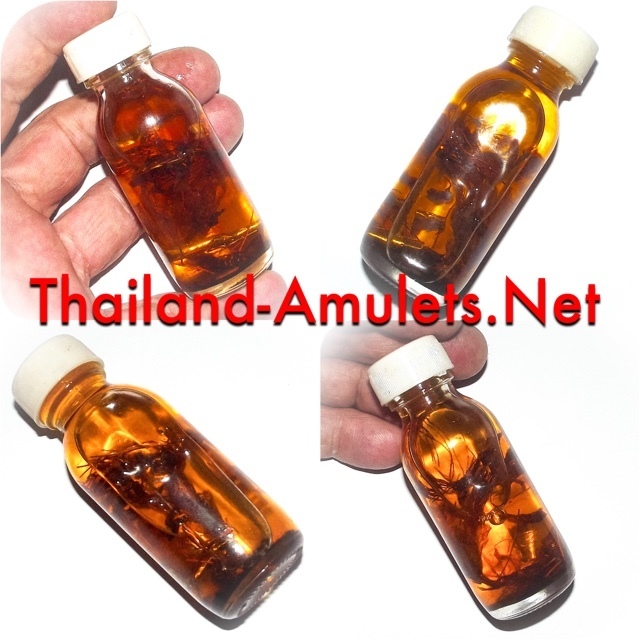