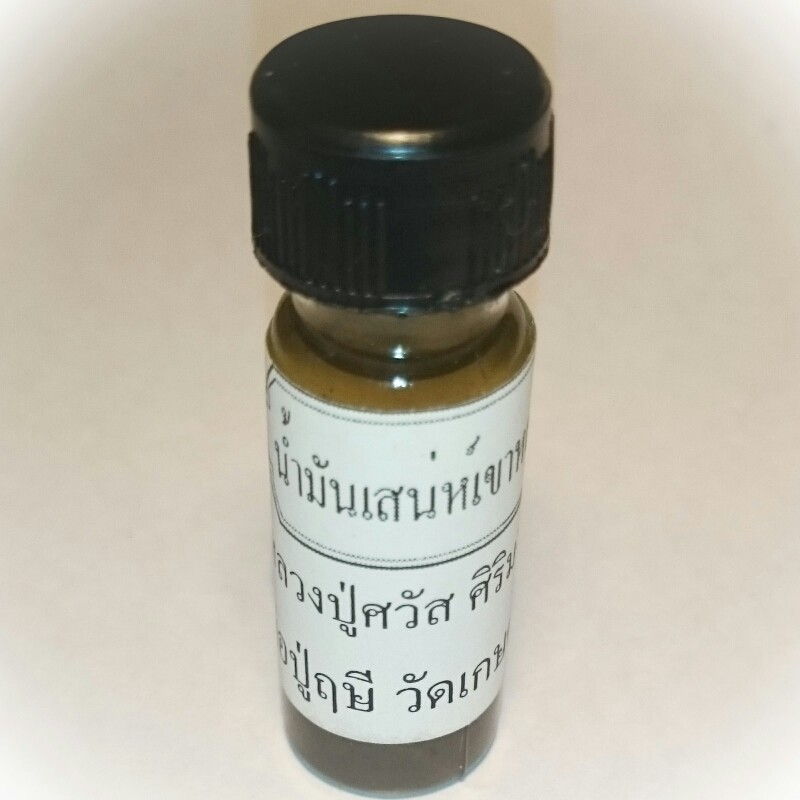 Nam Man Prai Kruea Thao Hlong carries its main force from the immersion of Sacred and Ultra Sorcerous rare Forest Vine; the Kruea Thai Hlong Vine. The Kruea Thao Hlong (some people also call it 'Kruea Saw Hlong, which means 'Lady fallen in Love') is only found in the deepest forests of South-East Asia and has been known for centuries by Thai Ancient Folk for its Special Properties. it is said that if one is wandering in the deep forest and comes across a thicket where the Kruea Thao Hlong is growing, that one can fall under its Magick Spell, and become Enchanted and Lost within a tiny area surrounding its presence. One can wander within a circle without being able to find oune's way out of the forest again, and remain entangled within its Spell of Enchantment, which is said to be because of the Spirits within its Astral Level of Existence.

As Luang Phu Sawad recounts, that as he was wandering as a Lersi Hermit (before he was ordained as a monk many many decades ago), in the deep jungle, as he was on Tudong, in the deep forests in the Kanjana Buri Province which borders along the mountainous region of Western Thailand near the Burmese Border, he came across a very strange and powerful Kruea Thao Hlong Vine tree. 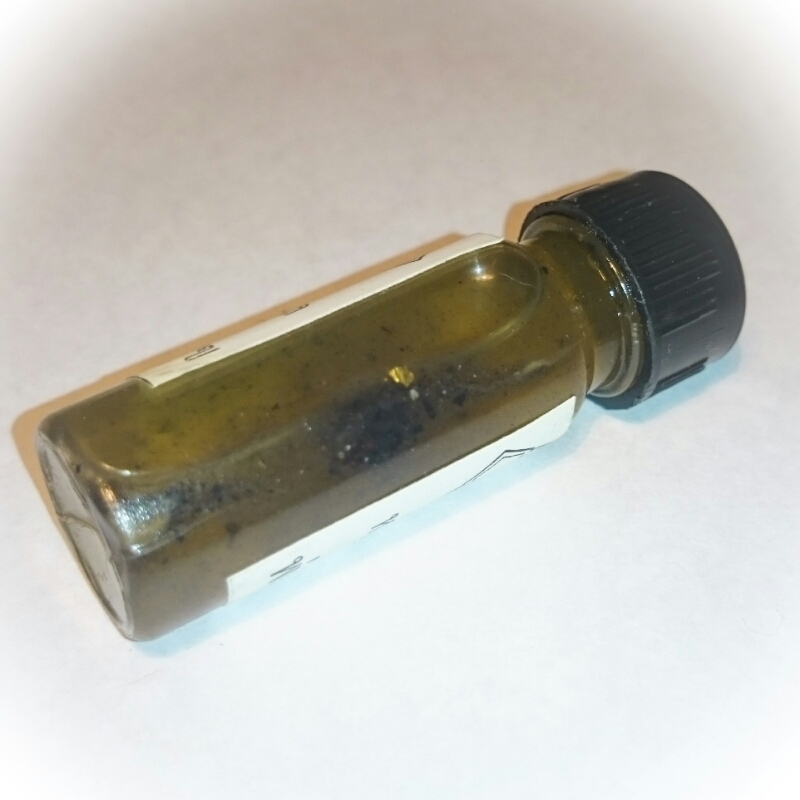 As he was walking through that area in Meditative Concentration, he came across 5 people who seemd to be wandering around in circles in a stunned fashion and seemed to be unaware of what they were doing. They were just walking around in a small area aimlessly, some of them were even moaning and crying, and all of them looked very tired and exhausted indeed.

As they saw Luang Phu walk in to where they were aimlessly circling around, one of the men rose his hands in reverence and begged Luang Phu to help them, and that they seemd to be under a spell and unable to help themselves to escape from within an invisible trap. The man said his name was Mr. Hwaeng and that he and his accomplices had entered the forest to find some fare to sell in the market, but that strangely they seemed to keep walking around in a circle and could not find their way out of the small thicket they had wandered into. 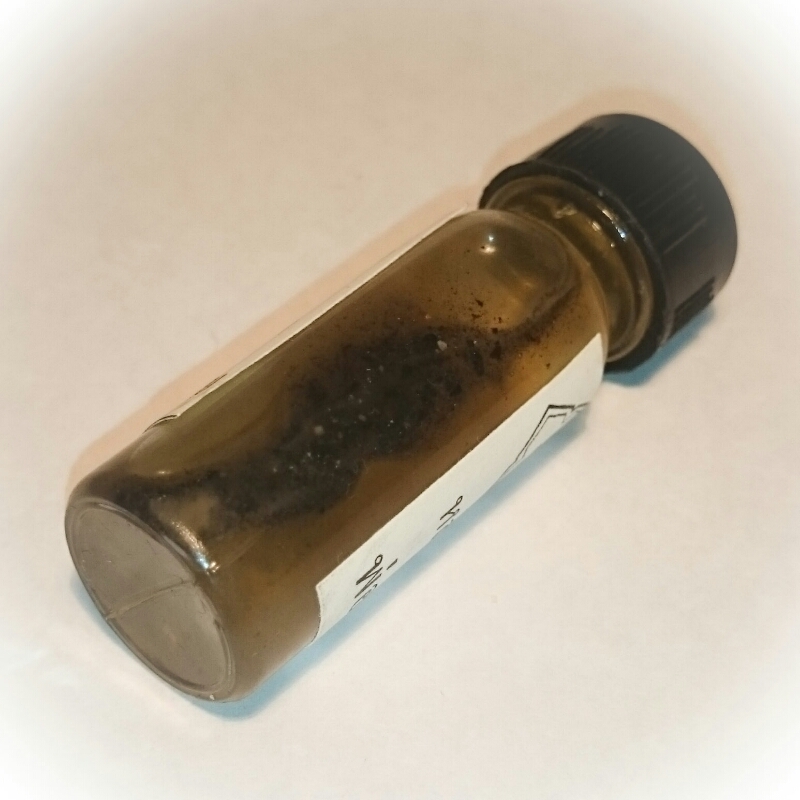 Luang Phu hence sat down and began to meditate and investigate the spirit realm to see what had happened, and found out that they had crossed a Kruea Thao Hlong vine as they were walking. Luang Phu told them to follow him through the thicket to the Thao Hlong tree he had seen, which was an immensely large vine indeed, and its extremities had managed to extend themself over the floor of the forest in a vast area, almost enclosing the whole circumference of the thicket. But the other plants had disguised its vines and roots making them invisible to the folk who had wandered over its roots without noticing. 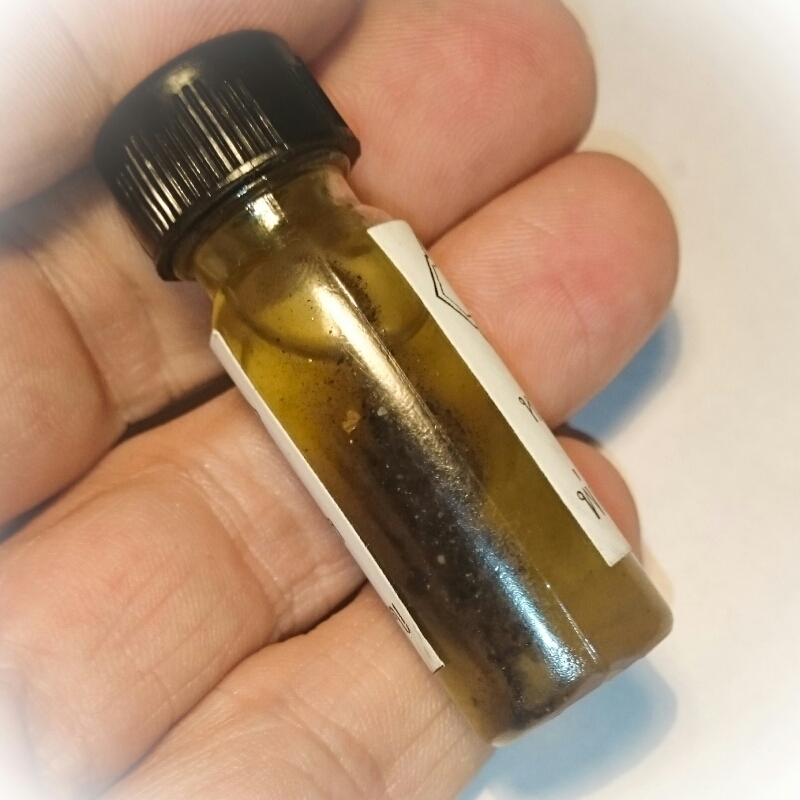 Luang Phu then investigated further, and found a large pile of dead animals all within a small area, but strangely their corpses were not rotten, which is also one of the sorcerous effects of the Kruea Thao Hlong. So Luang Phu concluded that these animals had also fallen under the enchanting spell of this powerful spirit tree the Kruea Thao Hlong. Even birds were there, who had flown through and past the Kruea Thao Hlong, and had finally dies and fallen to the floor.

Luang Phu re-entered Samadhi Concentration and found out that there was a Deva spirit inhabiting the Kruea Thao Hlong tree, and communicated with it, performing some ritual methods of his own magickal mastery to free the folk from the spell and cancel the curse. The folk then returned to normal, and were able to find their way out again, they bowed and payed reverence and gave thanks to Luang Phu, and left. Luang Phu then decided that this particular Thao Hlong Vine was so powerful that he would perform Bucha and Ritually beseech to take a branch from the tree, which he chose one that was hanging down in the shape and form of a snake, which Luang Phu said was a 'Buang Nakabat' (Naga Bangle). Luang Phu recieved permission from the Tewada deva inhabitiing the Vine, and cut the branch with his magic Mitmor Knife and placed it into his 'Yaam' (monks bag for carrying necessities when travelling). 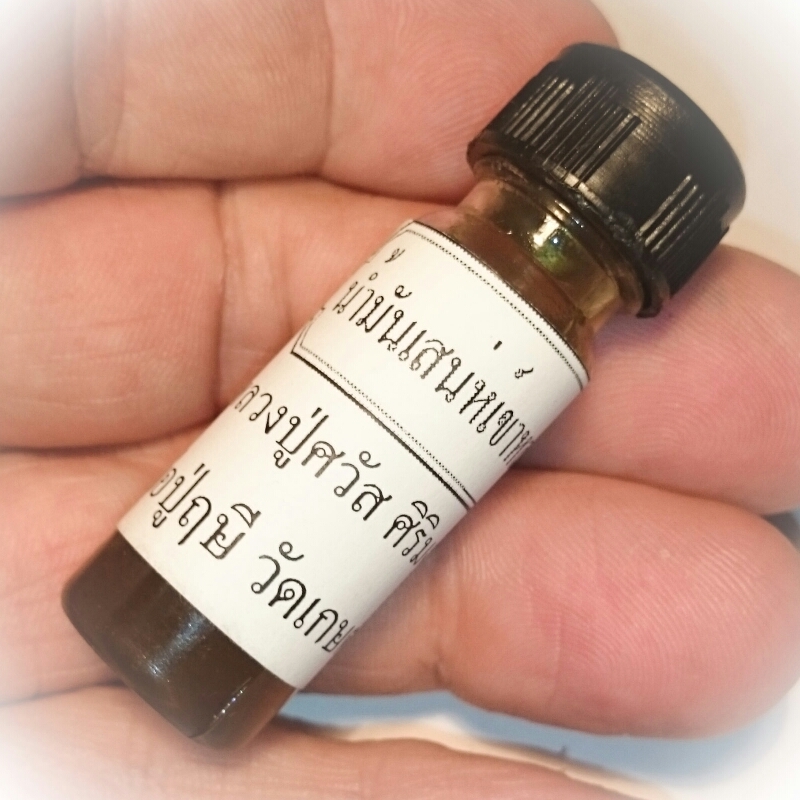 As he later ordained as a Buddhist Monk, he then used the Kruea Thao Hlong for making Maha sanaeh Charms and Amulets, and even would sometimes cut small pieces off and give to his Looksit (devotees) to place under their tongue when going to seduce ladies. After these Looksit returned over the years to tell Luang Phu about how very powerful and magickal the Thao Hlong vine was after he had empowered it for them, and that its immense power to charm and seduce was so successful, Luang Phu then used the Kruea Thao Hlong to make this Nam Man Sanaeh Khao Hlong, by immersing the vine in Nam Man Prai Aathan Sorcerous Necromantic Oils he had already made and empowered over many years, and performing ritual Empowerment to fuse the two into one potion. 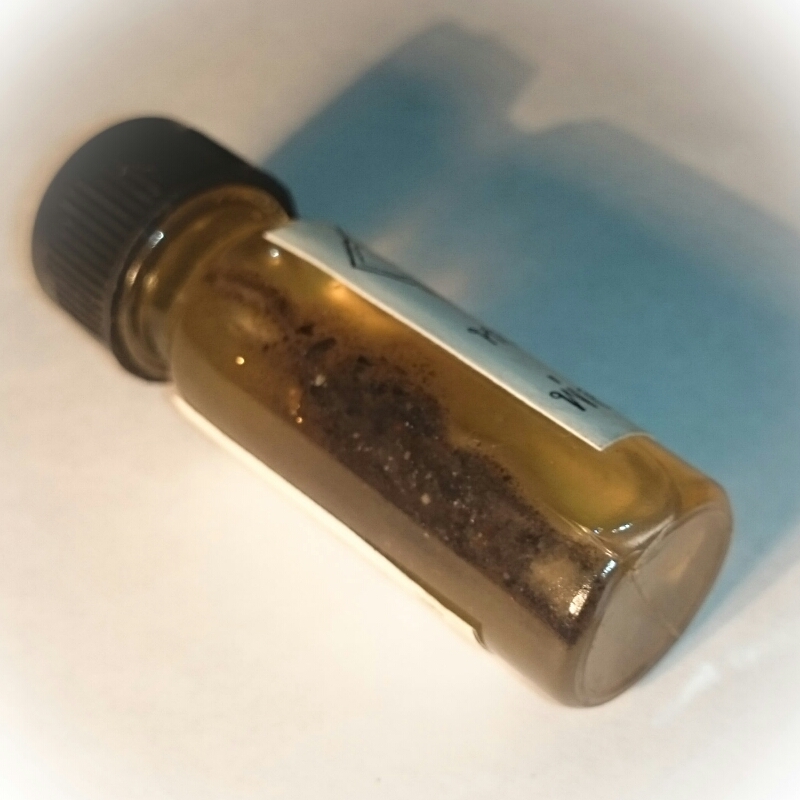 After you Chant this, open the bottle and blow the Kata into the oil, close your eyes and focus as hard as you can (Samadhi) on the person you wish for.

Smear a little of the oil then on your forehead before going out to try your luck with your intended lover. Can also be used for enchantment of others to get loans or to convince them of your wishes. 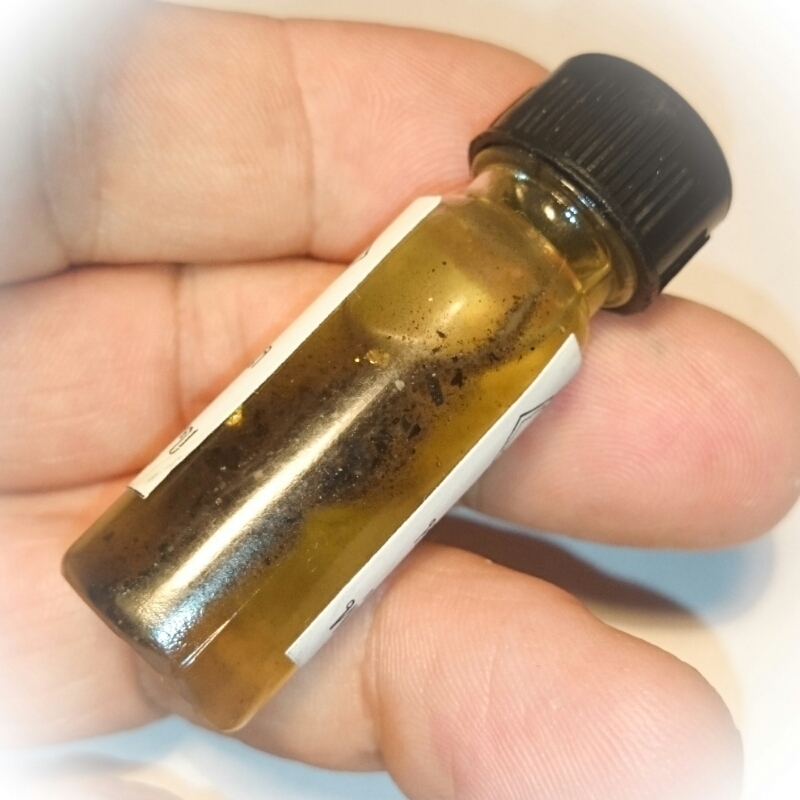 This oil is now am absolute rarity - released in 2552 BE, only a few bottles still remain left in the world considering only a very small number of phials were made at the time Luang Phu created this potion, which is now already some years hence from then. We are proud to be able to have found some to have had on offer in our store.

How to use Metta, Maha Sanaeh, and Prai Oils 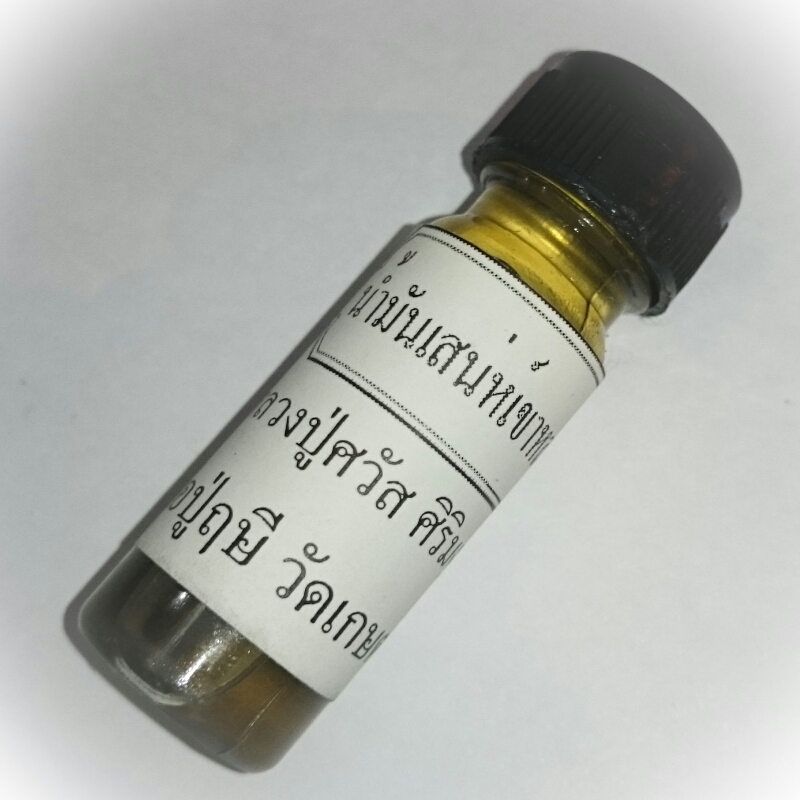