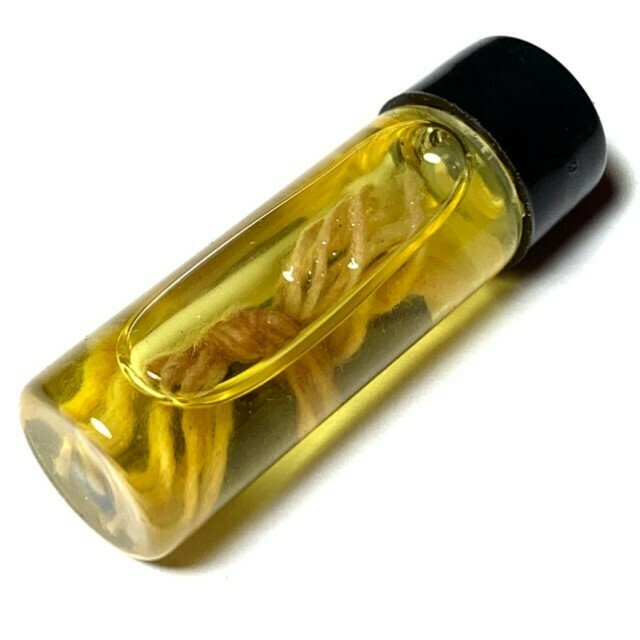 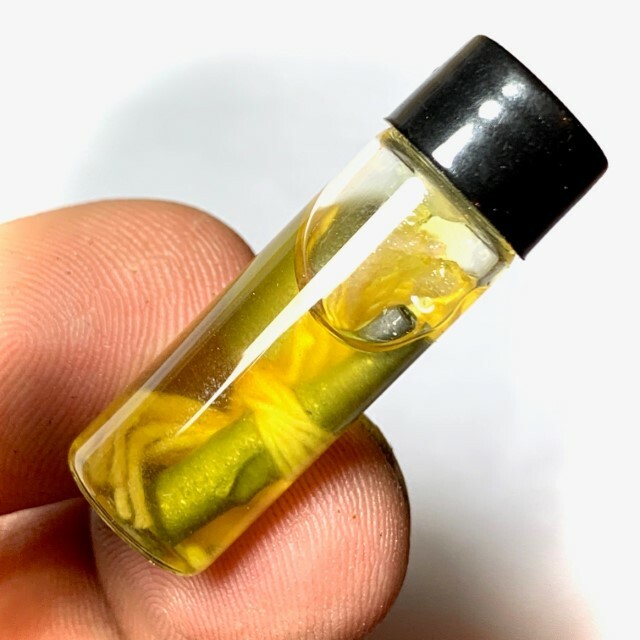 The Oil should be used to smear upon oneself on the crown of the head (the highest part), and use its powers to assist when approaching people you wish to seduce for amorous or business purposes. The Nam Man Prai is especially focused and effective for seduction purposes for love and sexual relationships. Usable for Men, Women and Gay Persons, with equally powerful effect. 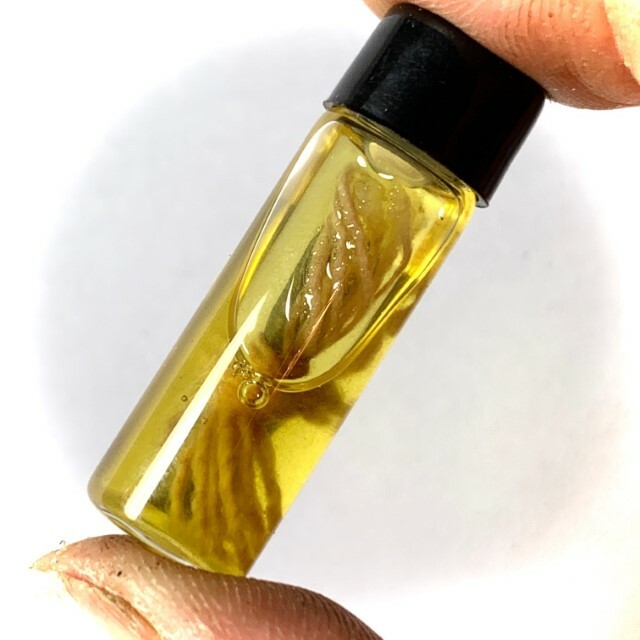 It is important to tap the bottle and to perform the Kata Aratana Pra Krueang before smearing the oil, in case our own Karma is not good enough to bring results, the good Karma of the smiling Buddha will work for you in your stead. 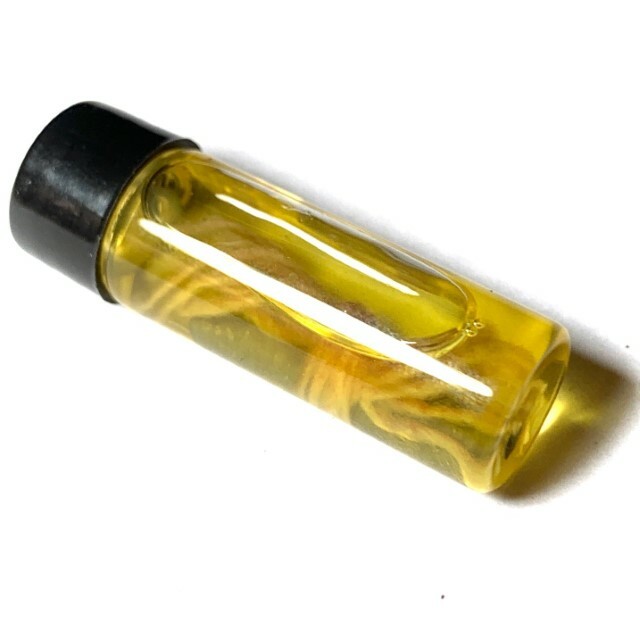 When approaching and thinking of your targeted person, chant the following Kata repeatedly within you until it becomes rhythmic; 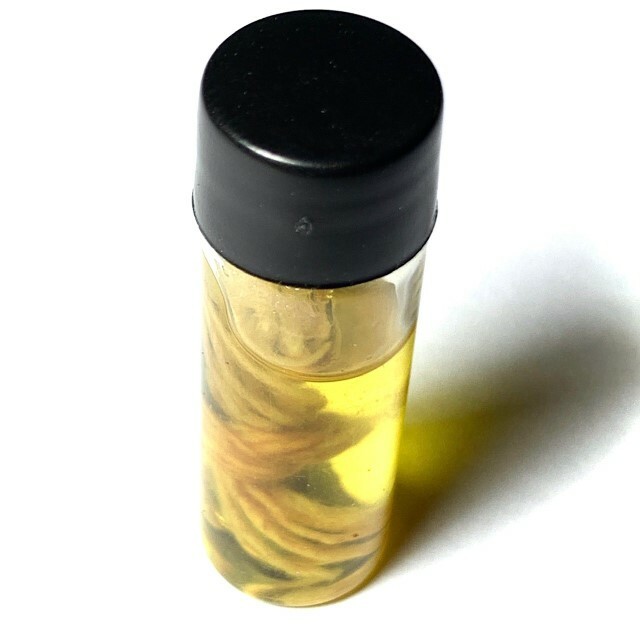 Nam Man Prai is a term, used for all kinds of magical oil based potions in Southeast Asian Necromantic Sorcery. There are various kinds of Nam Man Prai, some of which are necromantic in their creation and empowerment methods, others, are from the plant kingdom, but still considered Necromantic, as many will come from plants which have died from unnatural, or mysterious circumstances, and are believed to have ‘Sing Sathit’ Deva and Ghost spirits dwelling within them, hence, dead Spirits are involved in Prai Sorcery, be it Human Necromancy, Animist Necromancy, or Plant Kingdom Based Necromancy. 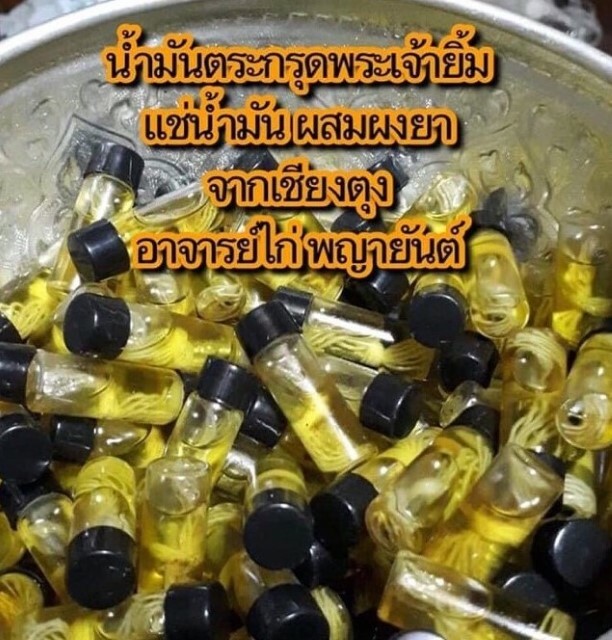 In Modern times, it is very rare to encounter true necromancy for it breaks various laws, and so most necromantic amulets these days are not made using the ancient black magick methods anymore, rather, use auspicious alternatives to achieve the same results. There are however exceptions, especially with Lay Masters, as can be seen from the fact that various lay-masters have been arrested and prosecuted, for practicing necromancy with human remains without certificate of death or permission from the relatives to use the remains for amulets. 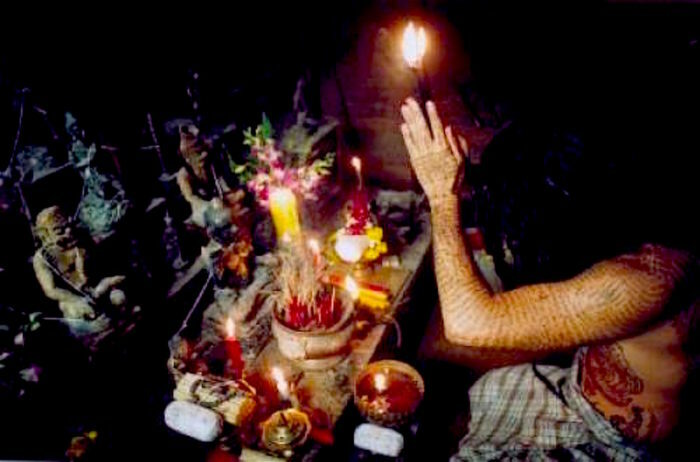 Hence, true Nam Man Prai can still be found by those in the scene who seek avidly, and have their contacts, but is very much an underground niche. The oil is extracted using Ritual Necromantic Sorcery methods performed by a ‘Hmor Phii’ (Witch Doctor) Necromancer in a Graveyard, by subduing and appeasing the ruling guardian demon of the cemetery to give permission to enter and perform the ritual extraction from one of the corpses within the cemetery. 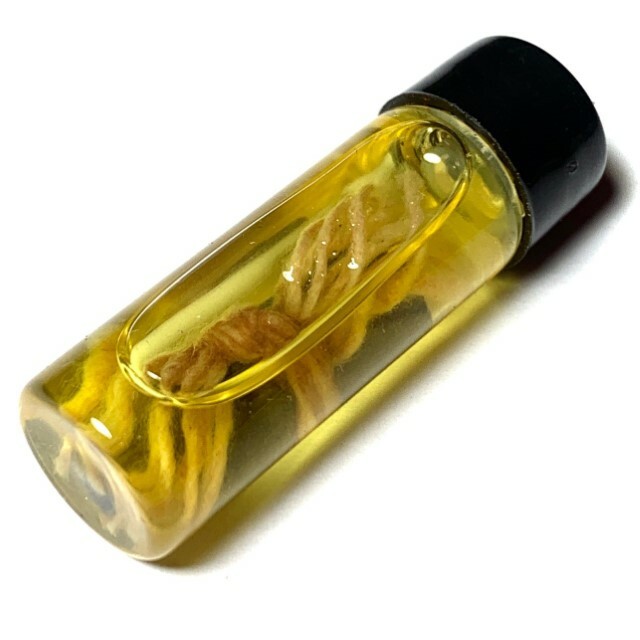 The ritual is first performed, and if successful, the Necromancer will take his team to help dig the grave, but before this, he must remove the two curses and find the one true key enchantment which he needs to destroy to be able to raise the dead from the grave. Once he finds the three hidden stones, two of which are inscribed with fake spells, and only one which has a true curse within it to prevent grave robbers, and to prevent the ghost in the grave from escaping, the Necromancer will deactivate the spell, and get his team of helpers to dig up the coffin. 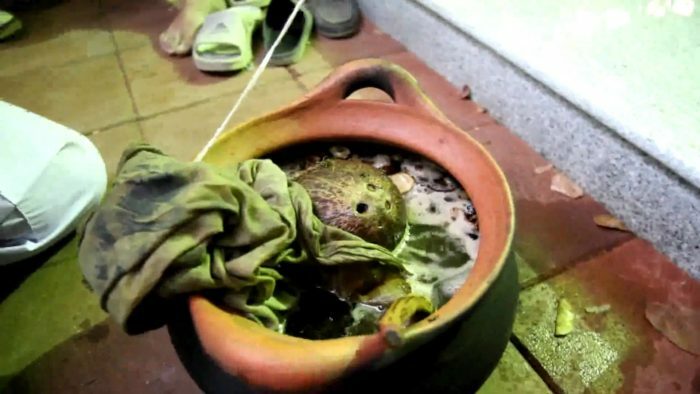 The helpers must then stand back at a distance, as when the coffin is opened, the spirit of the angry Phii Dtaay Hoeng flies out and looks for a victim to launch its anger at, and must be subdued by the Necromancer to obey and serve the Buddha Dhamma, through empowerment of amulets to help humans. 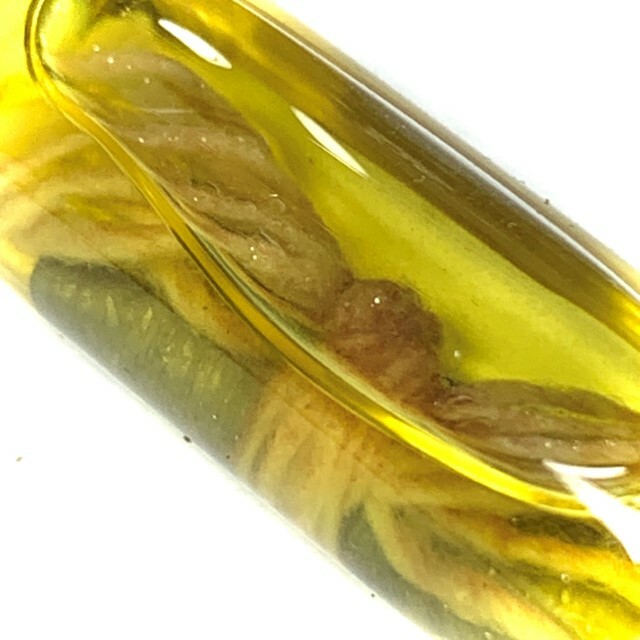 Once this is achieved, the Necromancer then raises the corpse and uses a candle flame and a receptacle to heat under the chin of the corpse where the oils have gathered, and drip them onto the receptacle, for later dilution with other herbal based Prai Oils, or for mixing with Muan Sarn Sacred Powders and Bone Powders of Kumarn Tong or other necromantic animist charms. 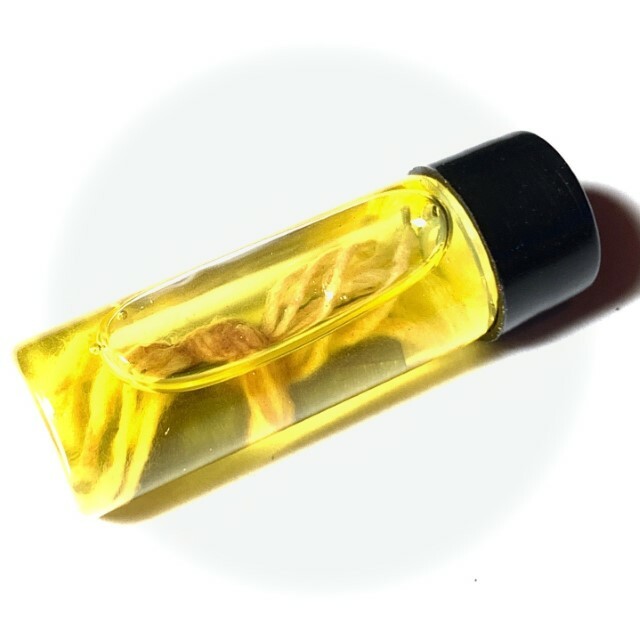 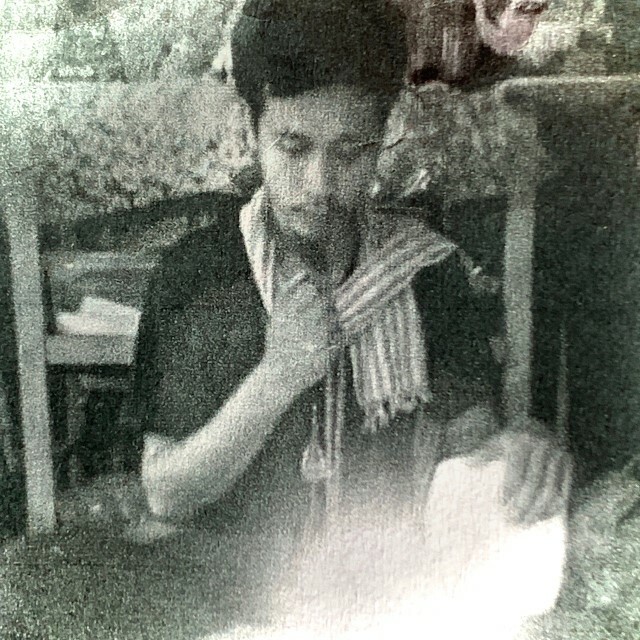