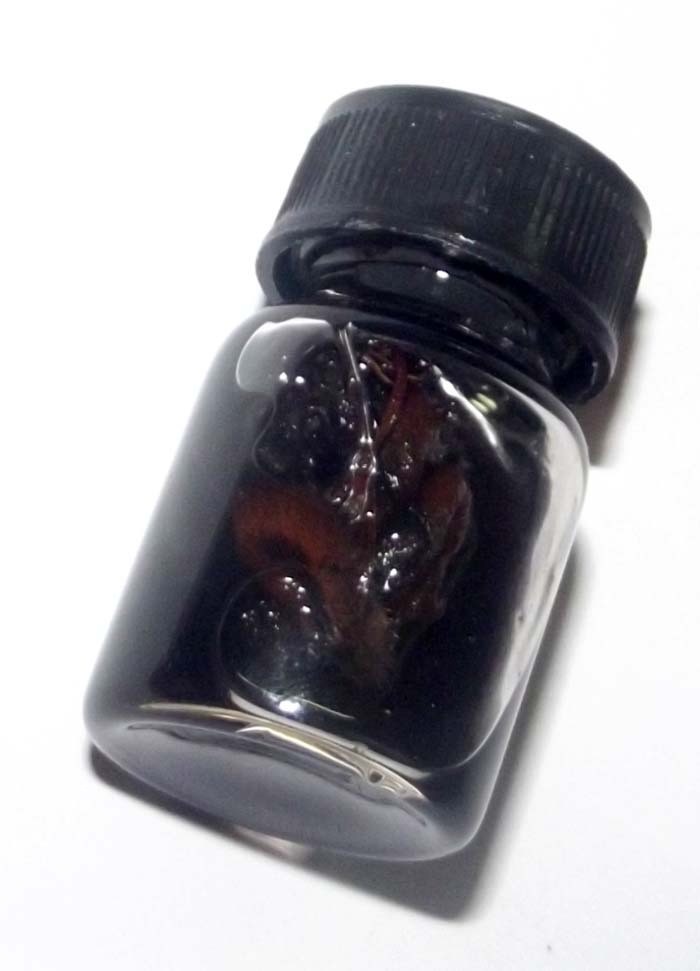 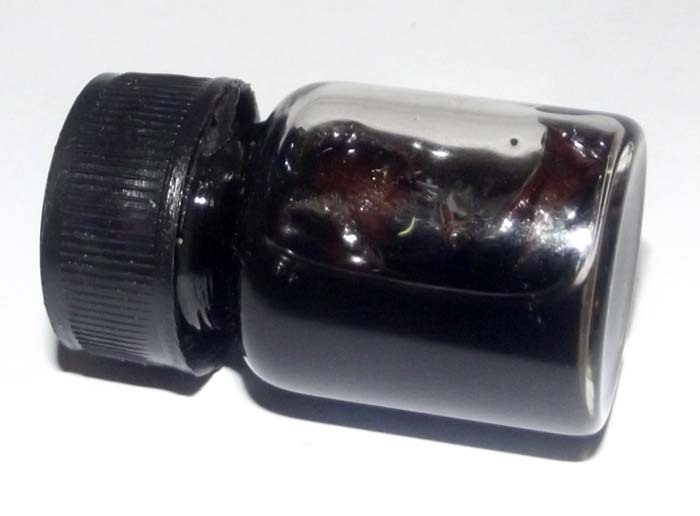 Nam Man Mae Takian (Takian Tree Ghost), Nam Man ya Faed Look Lampong Ga Salak. These oils were placed into the Cauldron which had been priorly empowered with yantra Inscriptions, and boiled with 'See Pheung Nam Man Prai Tang Glom' Necromantic wax. The Finalized Potion was then fiulled into small bottles as we see here, and some Wan Dork Tong Dtor Hlae herb was Empowered with Incantations and immersed in the oil. 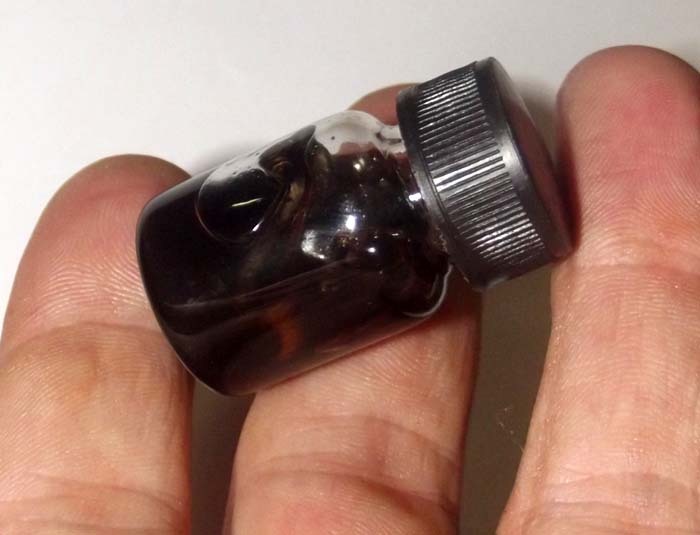 The oil can not be shared, and must be used by one person only. The Oil has been empowered further with 'Khon Paetch' (Pubic Hair), residue and sweat from the body during sex, which was then burned and powdered, and mixed into the oil (this is a very powerful Aphrodisiac Power in Khmer Necromantic Sorcery).

Always shake the bottle well before using it, and the smear on the desired object for the effects you wish.

Smear the oil as you chant the Kata. Use the forefinger for General Metta Blessing, use the ring finger for Business and Gambling, use the middle finger for Attracting the Opposite Sex.

Use the Kata every time you use the oil - chant the Kata 12 Times. 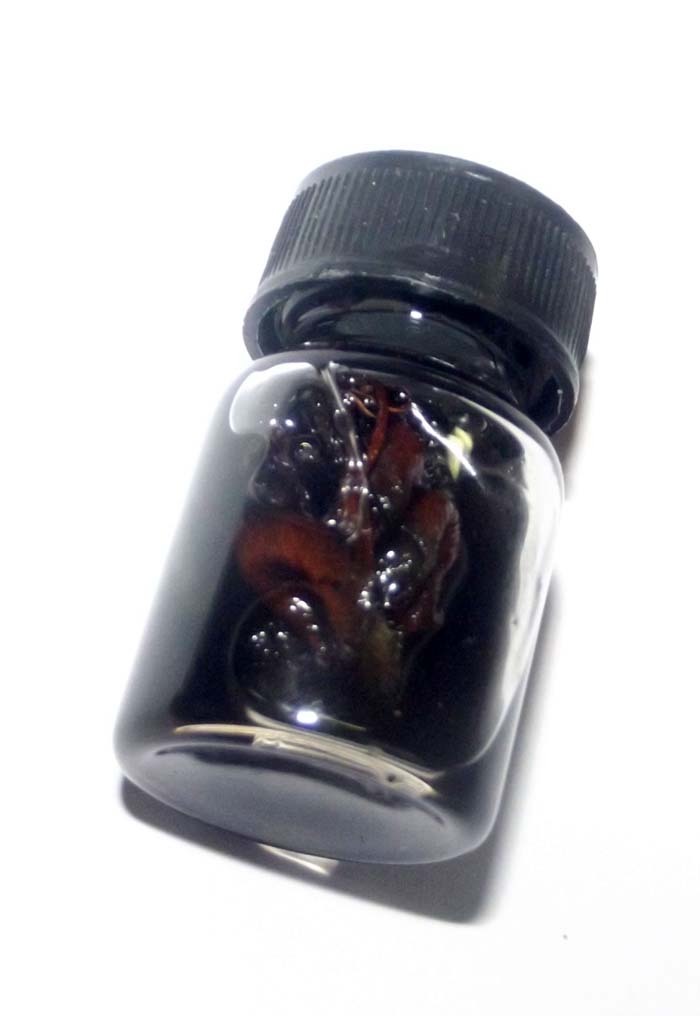