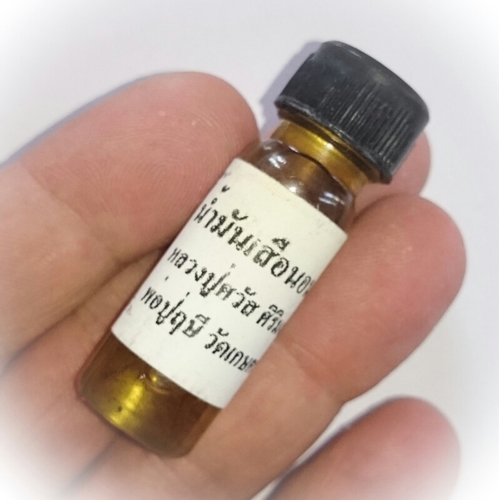 Nam Man Suea Non Kin (Oil of the Tiger who eats in his sleep). 'Por Phu Ruesi's now World Famous (and long since depleted at the temple) Metta Oil, for Living a Cornucopia of Endless Provisions. The oil does not really refer to eating in sleep, rather, that the tiger can just lie down and catch what passes by and live easily without stress or go without.

The word 'Norn' in Thai means both to sleep laying down, and the act of laying down to rest. This implies that the Tiger does not have to go out of its way to have more than sufficient provisions for luxurious living. This Prai OIl is imbued with immense Metta Mahaniyom, Maha Sanaeh and Maha Pokasap value is most probably Luang Phu Sawad's most famously successful Prai Oil Potion ever made, and is now part of his historically famous 'Dtamra' legend, in the Wicha Saiyasart. 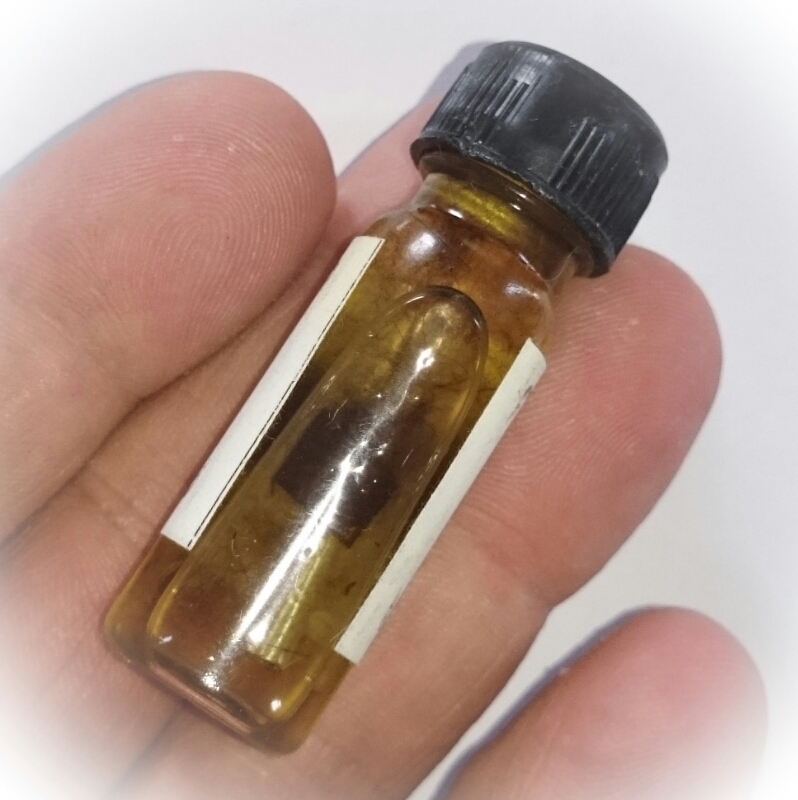 This tiger oil is made from the forehead skin and forehead bone of a Tiger who died naturally of old age in a cave, who was the leader of his Den. During his years as a Ruesi, Luang Phu sat on this tiger skin in the cave for about ten years, Later, when he ordained as a Monk, he kept it with him and used the skin to make Takrut and other charms with to give to his Devotees. many people had come back to tell of great effects and results, and Luang Phu then in 2552 decided to take the ramaining most powerful part he had kept, the forehead skin and bone of the Tiger, and boil it up to make this Nam Man Prai Suea Norn Kin. 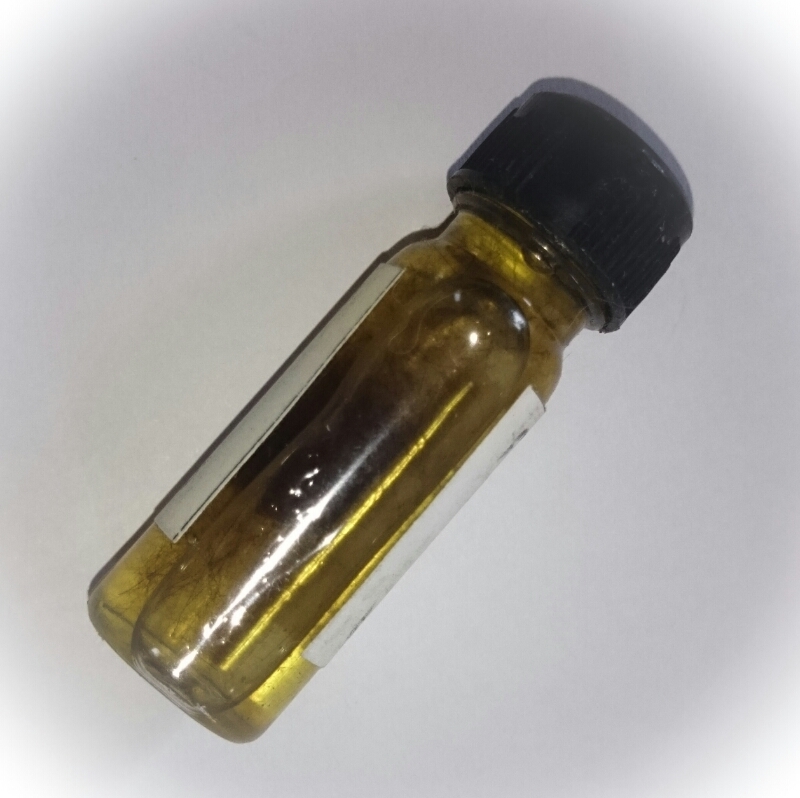 The oil was boiled with other oils waxes and herbs which Luang Phu had collected over the years for their effects of Maha Amnaj Power, and mixed them into the cauldron as the oil boiled and the power of the tiger forehead was imbibed into the oil with the incantations of Luang Phu as he stirred with the magic paddle.

In addition to the Pheromonal Necromantic Prai Sorcery of the Tiger Oil, Each bottle has a Silver 'Takrut Kam Duang' spell individually made and blessed by Luang Phu Sawad, to improve your Fate and prevent you from failure, increasing your chances of success, and attract Riches and Lucky Fortunes. 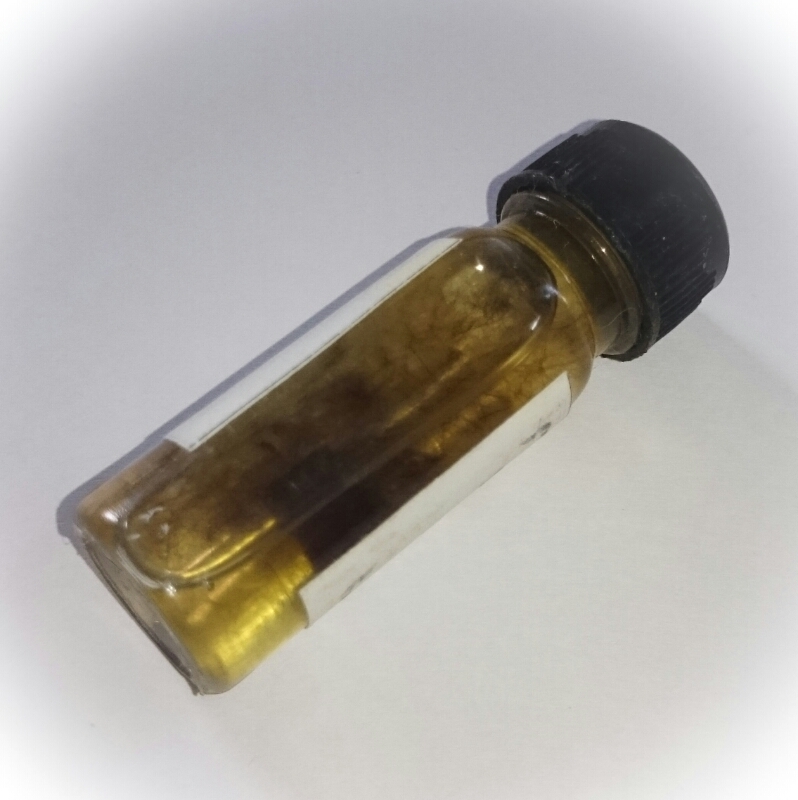 Chant 3 Times, open the bottle and blow the Kata into the oil 3 times, close your eyes and focus as hard as you can (Samadhi) on the goal you wish for (it is forbidden to wish for things that are against the Buddhist Precepts).

This oil is now am absolute rarity - released in 2552 BE, only a few bottles still remain left in the world considering a total of 999 being made at the time which is now already some years hence from then. We are proud to be able to have found some to have had on offer in our store.

How to use Metta, Maha Sanaeh, and Prai Oils