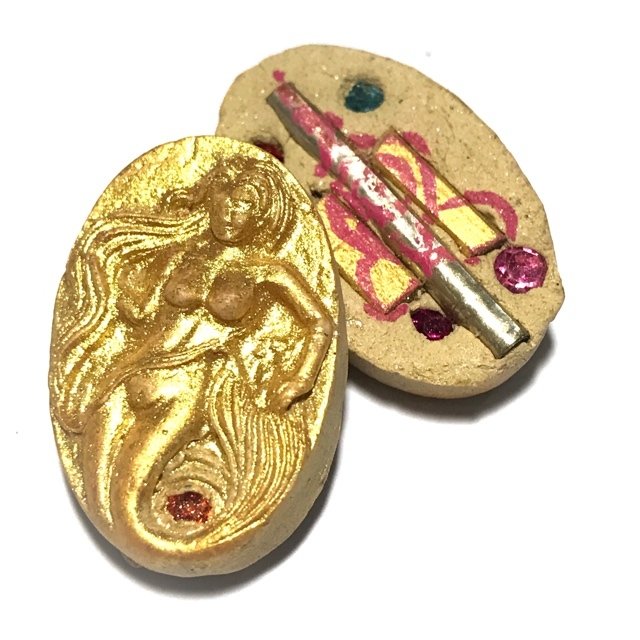 Special Top Range Ongk Kroo Pim B2 Masterpiece Version of the Nang Ngueak Mermaid Nymph Deva amulet, in Nuea Pong Sud Yord Pised Hlueang, a complex admixture of sacred powders, including Pong Lob from inscriptions of the Yant Nang Masya, and insertion of the Takrut Masya Hlong Samutr, and the sacred Pong Mai Marum powders. Two pieces of Mai Kan Bed Aathan wood from the hand made fishing rod of a fisherman who possessed a Magickal Wicha, where he would always catch a fish every time he cast the rod, by looking in the opposite direction of the rod, and slowly pulling in the line to land the fish. 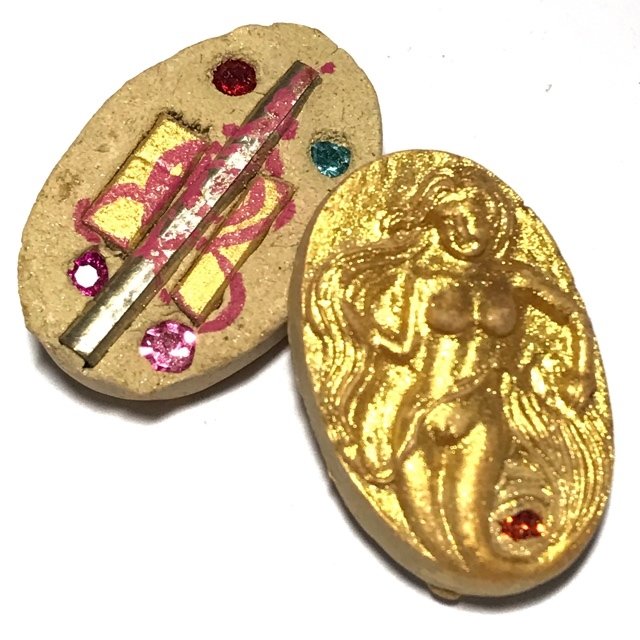 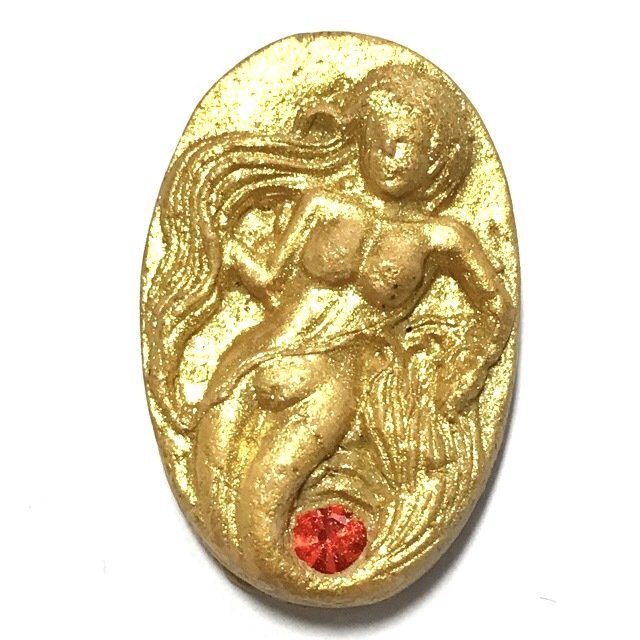 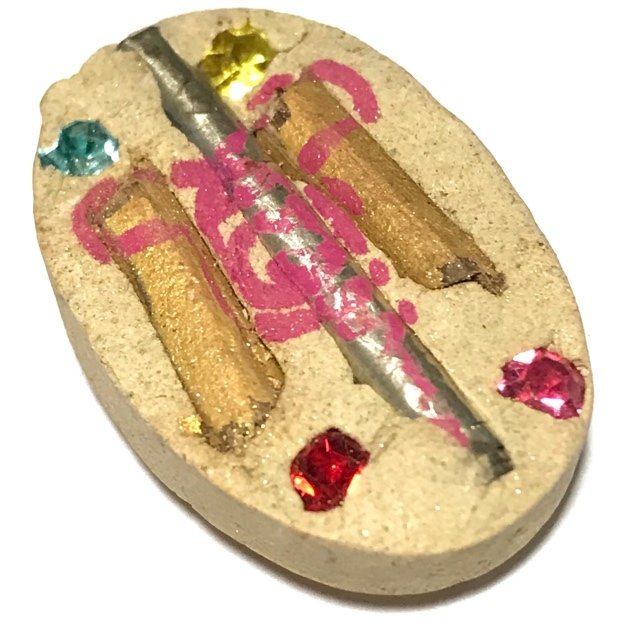 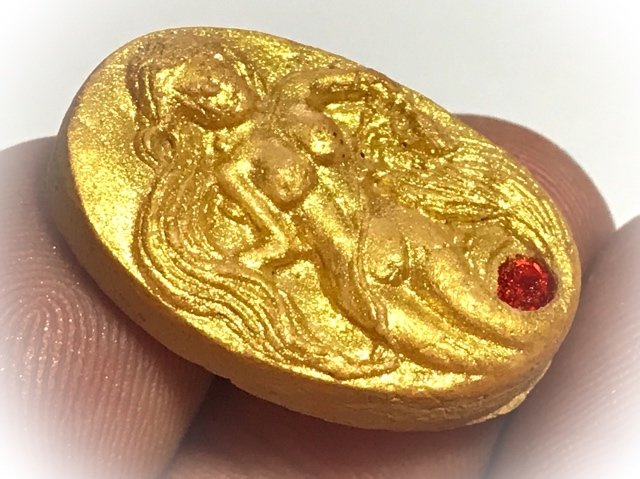 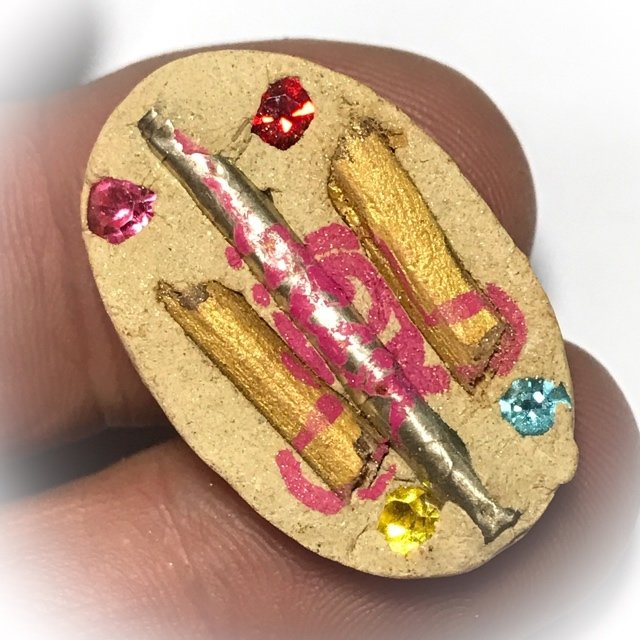 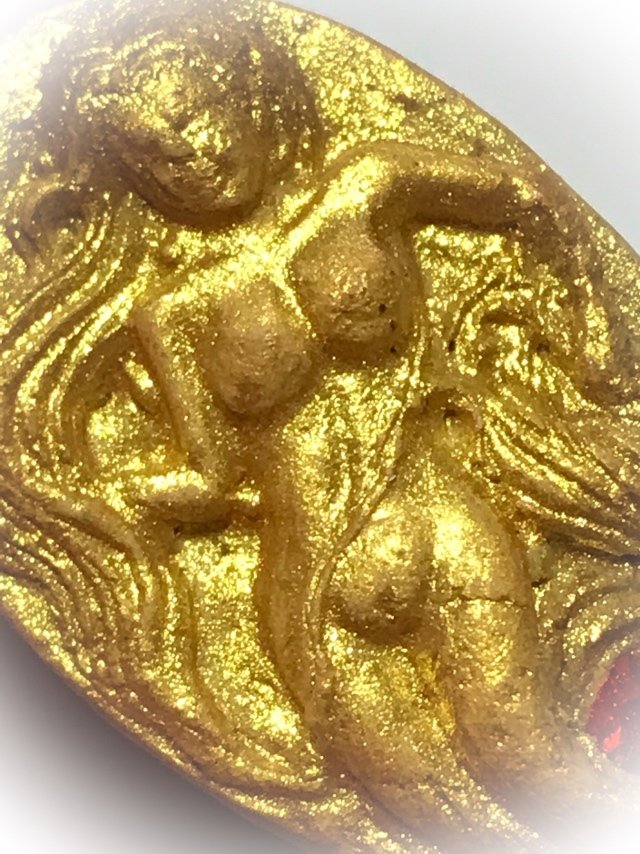 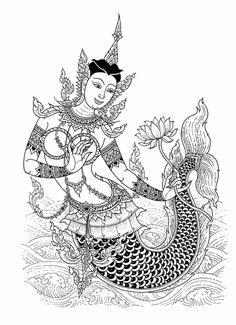 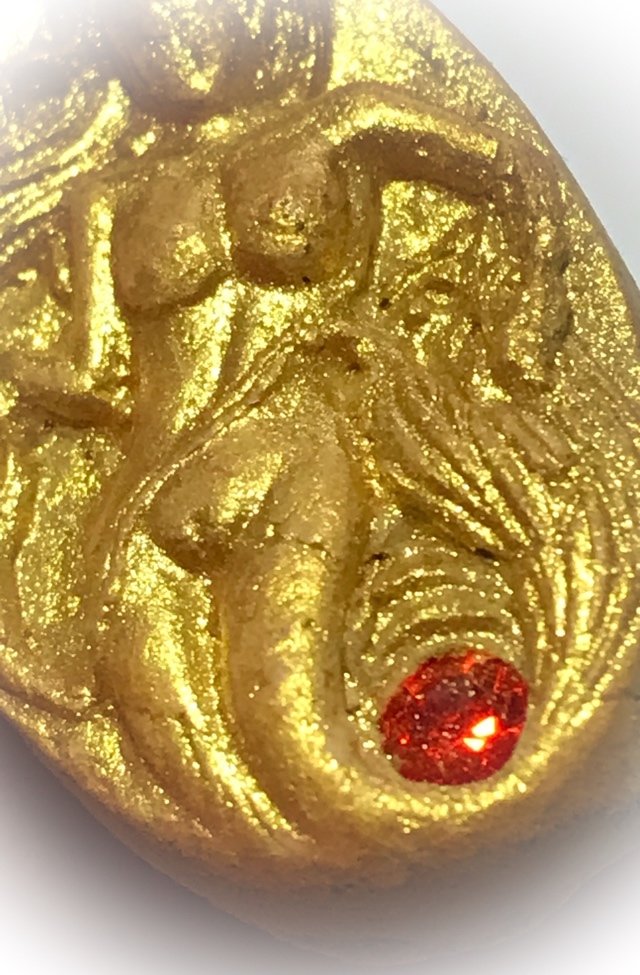 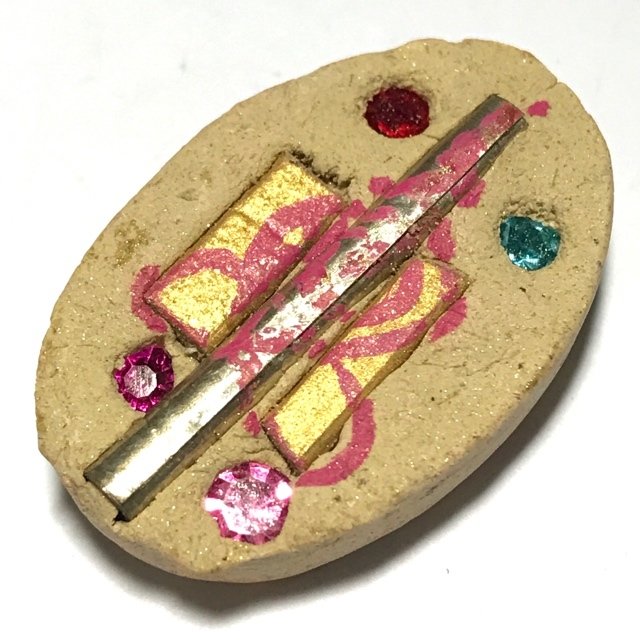 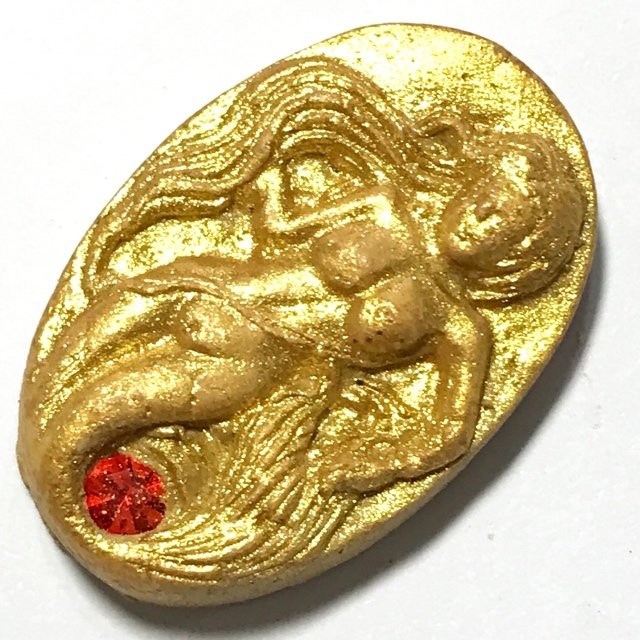 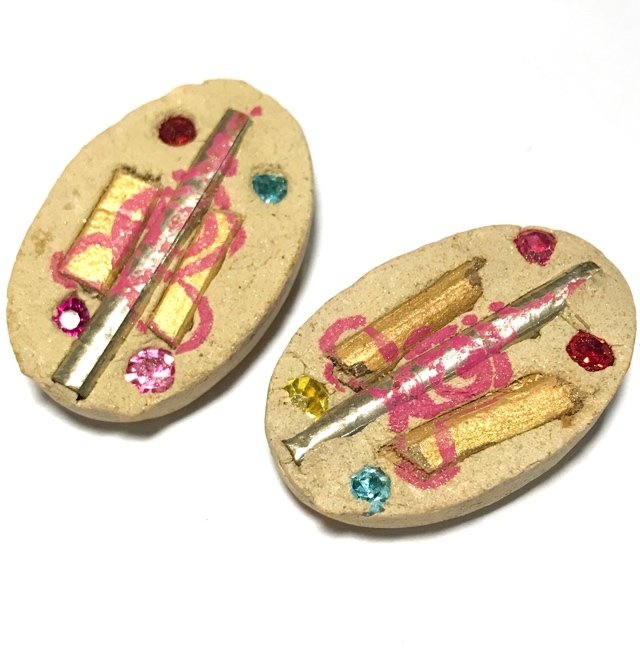 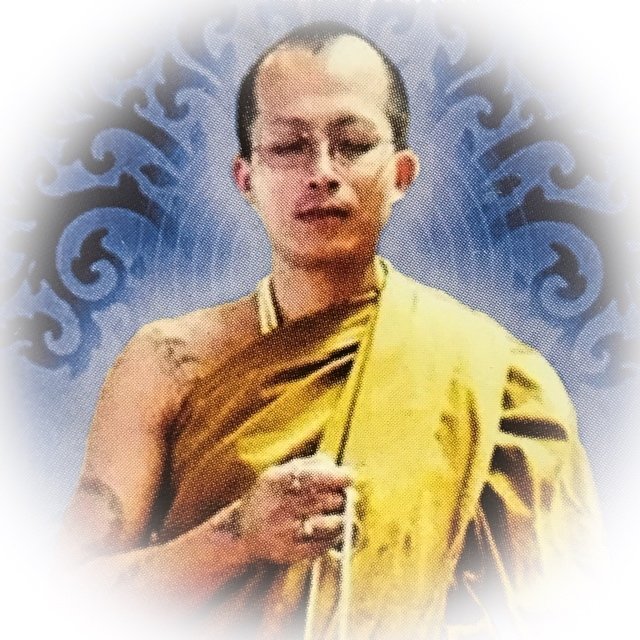 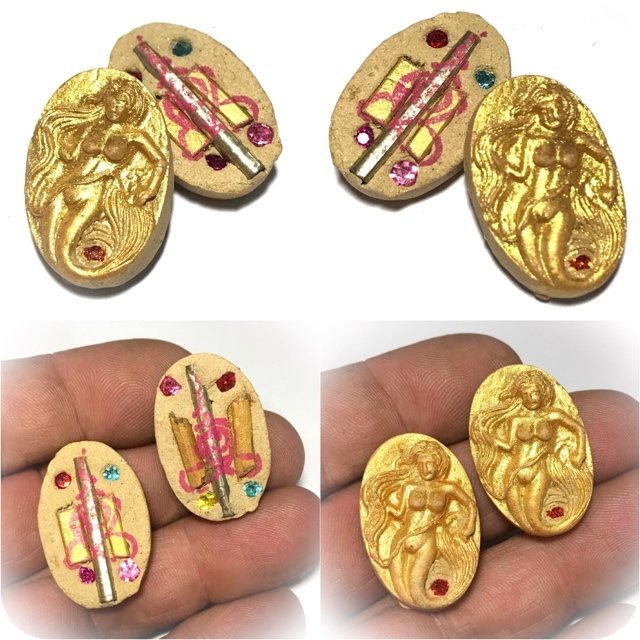