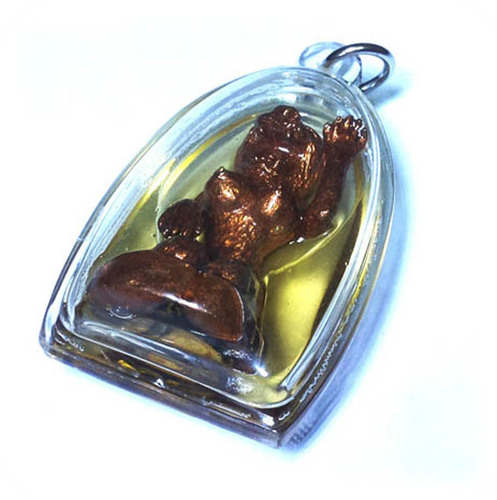 This Ongk Kroo differs in the fact, that it has been boiled and encased in a phial of Nam Man Prai Saming (Prai Tiger Oil), which had been previously empowered with the Wicha of Tiger Magic and using 108 Magical Herbs, many of which are tiger magic related.

The same can be said about the Prai Maha Sanaeh and Puttakun Powders in the base, and the Takrut Magic Spell Inserted. 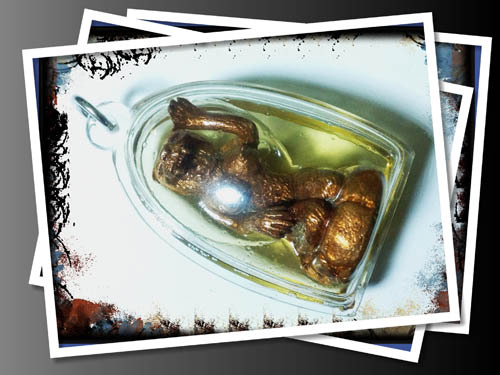 The Tiger Faced Ruesi (both Male and Female versions), Are one of the most powerful Idols for invoking the power of Maha Sanaeh attraction, for Popularity in Social and Professional Areas, and Seduction of Lovers. Imbued with Maha Amnaj Regal Dominant Power, to Command those who are Charmed, and Metta Mahaniyom for Easy Business & Commerce. 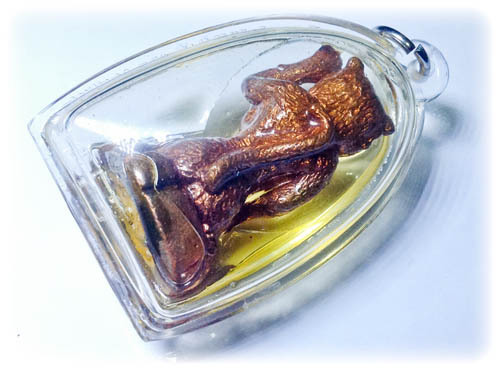 Apart from Seduction of Lovers, it useful for those who wish to attract morer admirers, customers, and cause an increase in general popularity and professional success 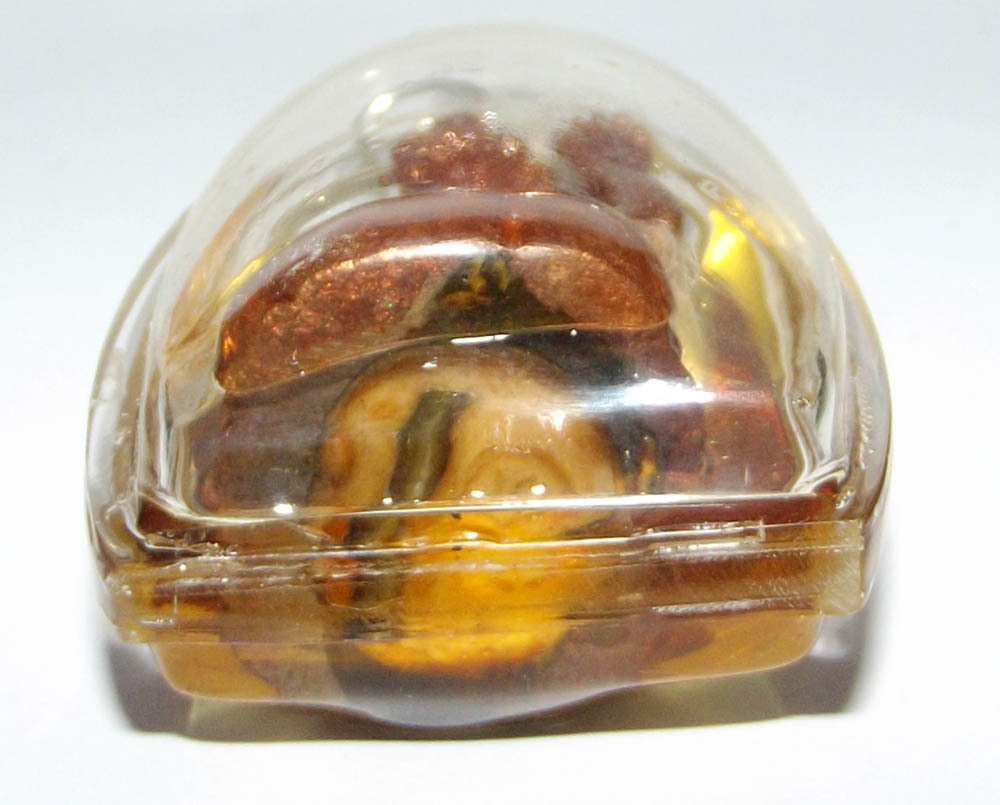 The base of the Loi Ongk statuette is filled with Maha Sanaeh Prai Powders, and is empowered with one Takrut Hua Jai Saming (heart Mantra of the saming Tigress). The amulet is encased already in a waterproof casing and immersed in Sacred Prai Oil made from a Saming Tigress.

This kind of Ruesi and/or Prai Celestial Deva, is specifically aimed at increasing sexual attraction and to arouse the passions (Gamakun). She is useful in increasing the power of Dominion over others (Maha Amnaj. 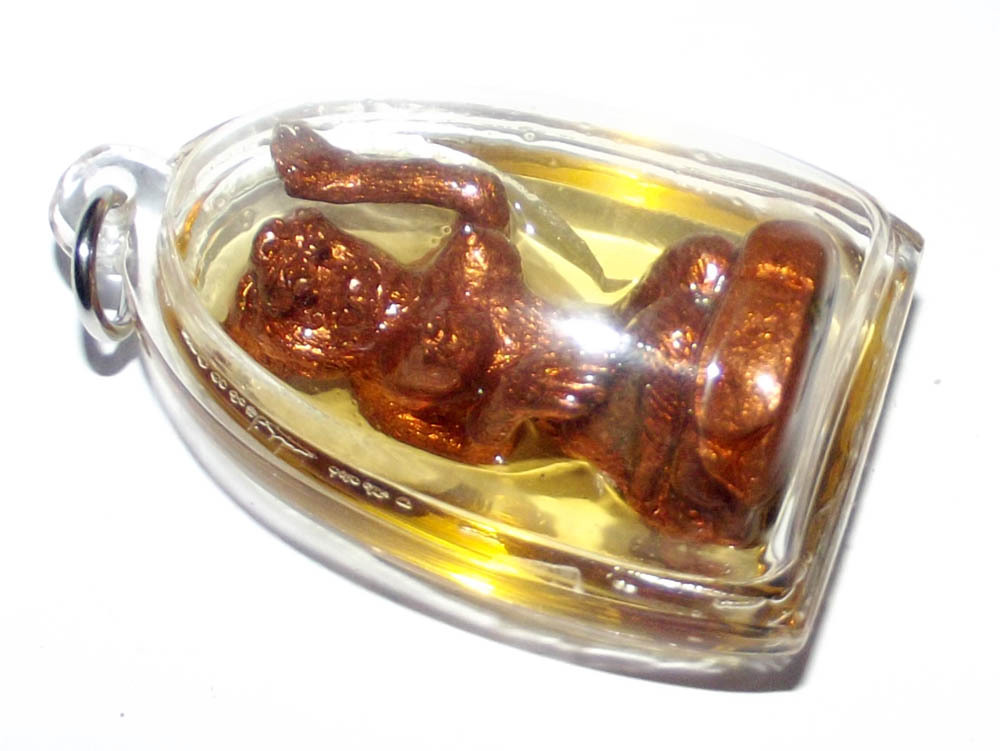 The statuette is also Imbued with the same spells used for the Nang Kwak Deity (Waving Lady), and the Waving Cat Wicha. 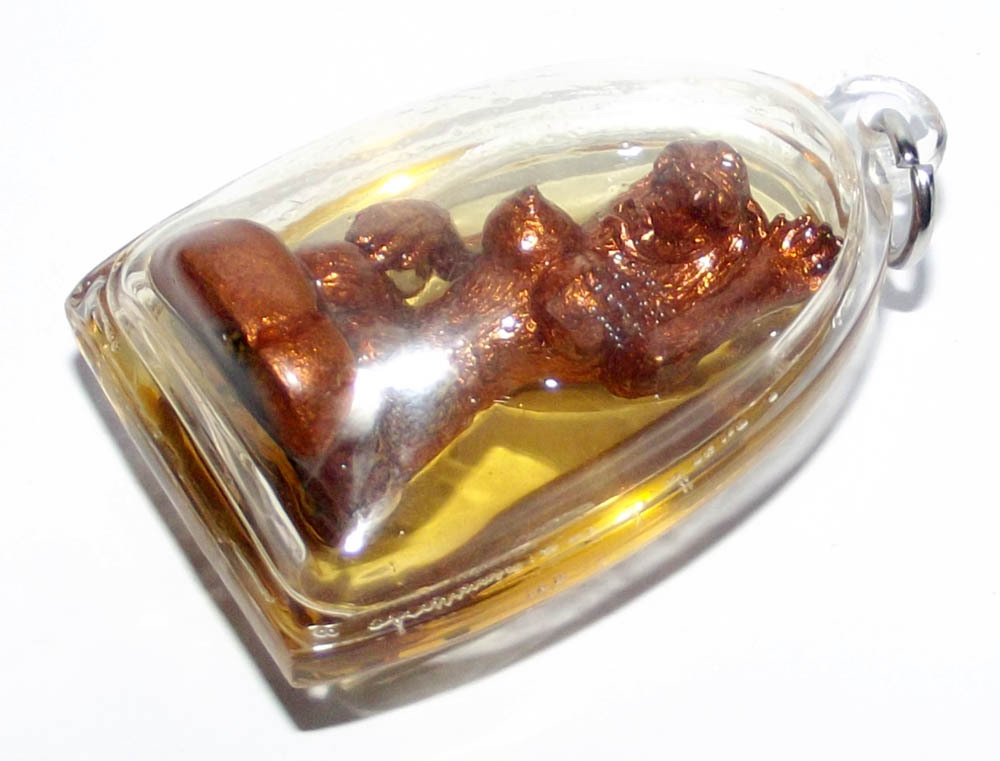 She beckons her prey and her customers to come and listen, Buy her wares, and Woo her with their Gifts and Kindnesses.

It is a very difficult Wicha to master to invoke and imbue amulets with the Heart Mantra of the Tigress Saming, for the Maha Amnaj commanding power she holds makes her very resistant, and can only be convinced by those who are pure of heart.

Pra Ajarn Somchart has been a master of Necromancy and Saiyasart for longer than any newcomer can imagine, and has been popular Internationally since over half a decade. 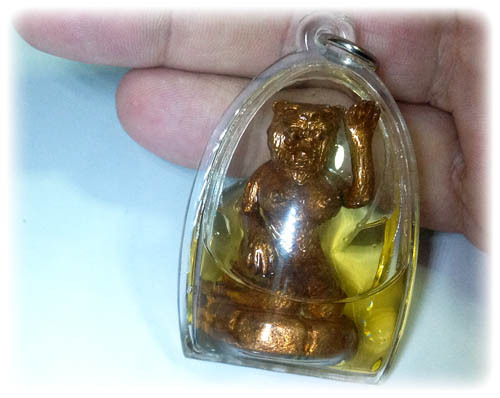 Always use the Maha Namasakara before chanting to any amulets (Namo Tassa). 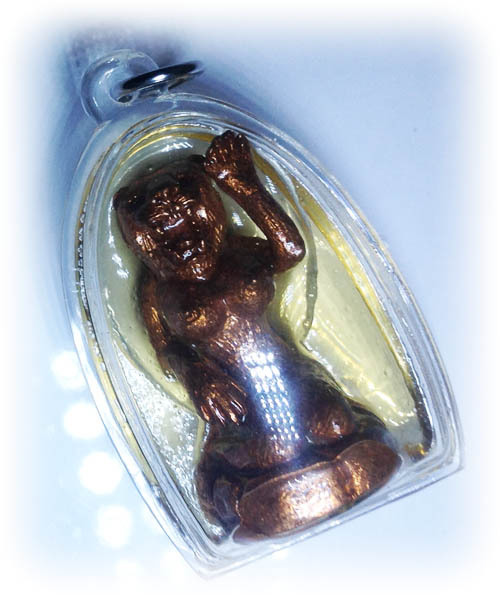