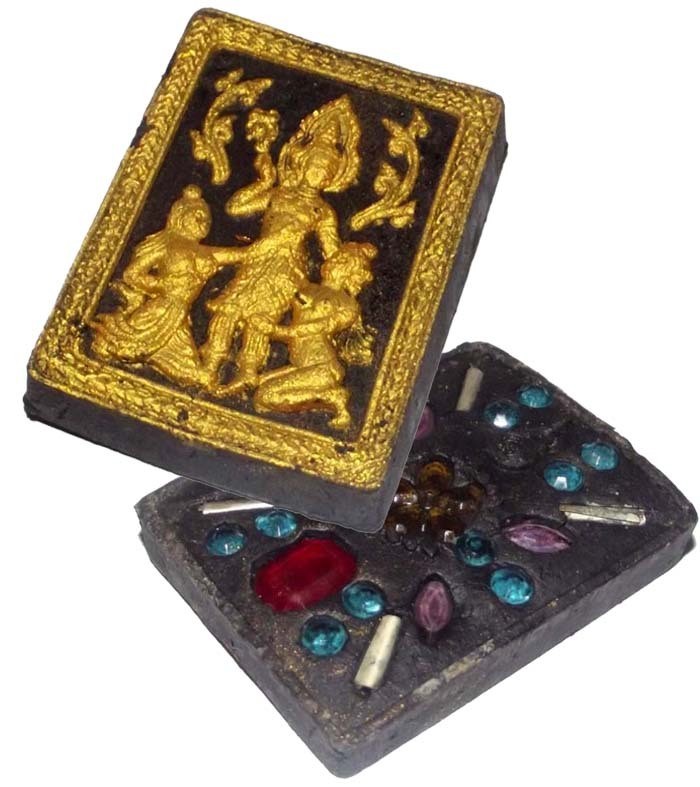 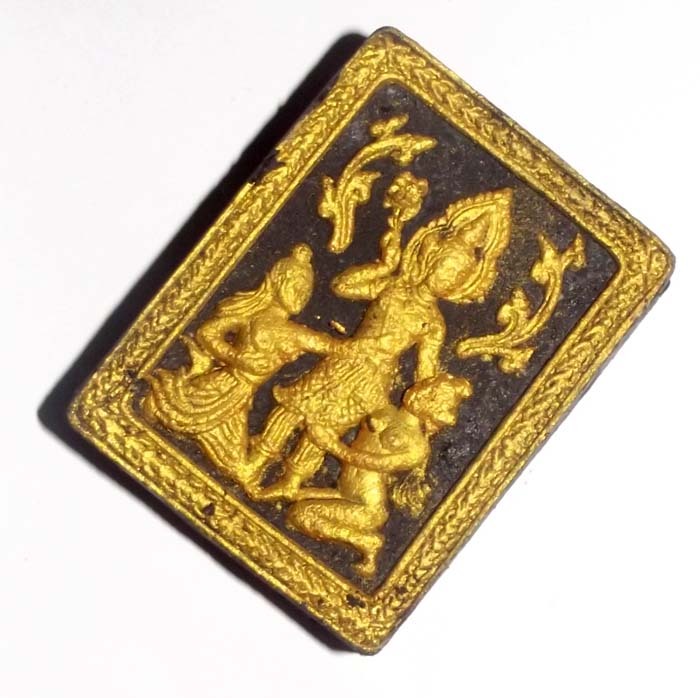 Empowered with the Wicha Maha Sanaeh Ran Sa-Or Yer Niang, which has become Luang Por Kherns Master Wicha, along with the Wicha Maha Sanaeh Nang Yaem. The amulet has four Takrut with Maha Sanaeh, maha Niyom, maha Lap, and Maha Pokasap magic to enrichen your life with wealth and love. The Muan Sarn of this amulet has extremely potent ingredients which are of the kind which the Kamataep Paetch Payatorn Deity also likes to seek out and mix to offer to lovers and increase the Metta around the world. 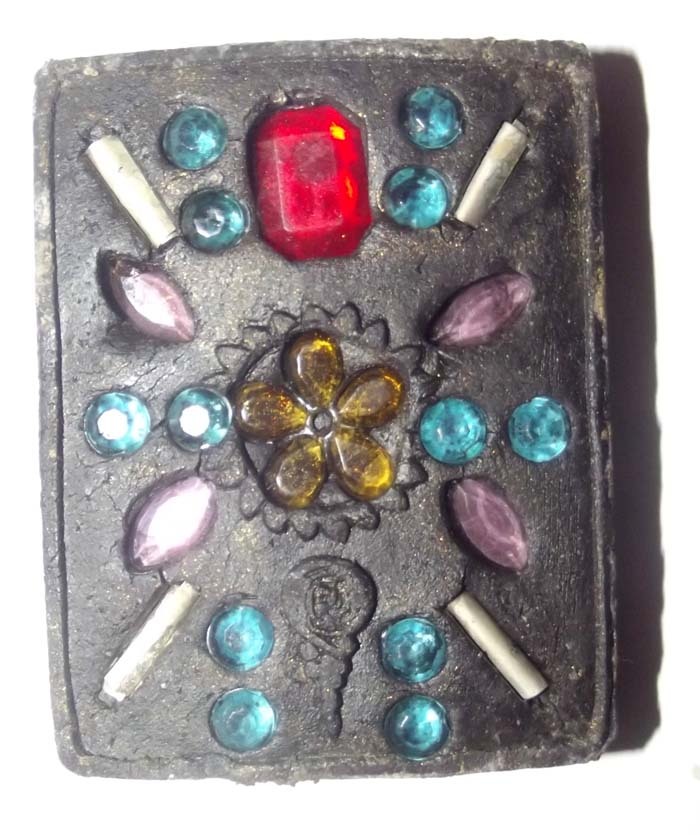 Paetch Payatorn has proven itself to be a powerful amulet with Lottery players, which is something that was never officially announced for this amulet but has turned out to be a natural power that has arisen of its own accord. Simply too many reports of lottery wins have made this an undoubtable fact. 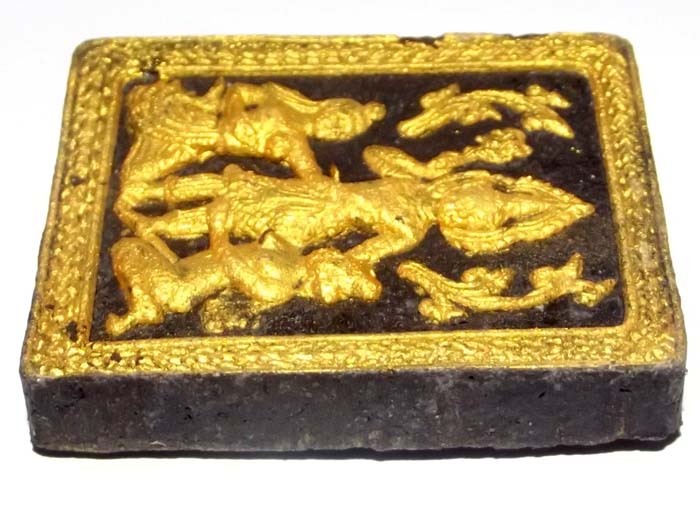 Taep Paetch Payatorn is a Lovers Deity for Metta Mahaniyom, Maha Sanaeh and Kaa Khaay purposes. The Deva ('Taep' means 'Deva' in Thai) of Paetch Payatorn appears in various forms (even seen as Palad Khik). He dwells in the Himapant forest, and is a Deva who likes to approach and send his dreams to make people love each other, rather like Cupid with his arrow. This is thus a 'Kamataep' (Kama means sexual or amorous, and Taep means Deva - Deva of Love and Passion). 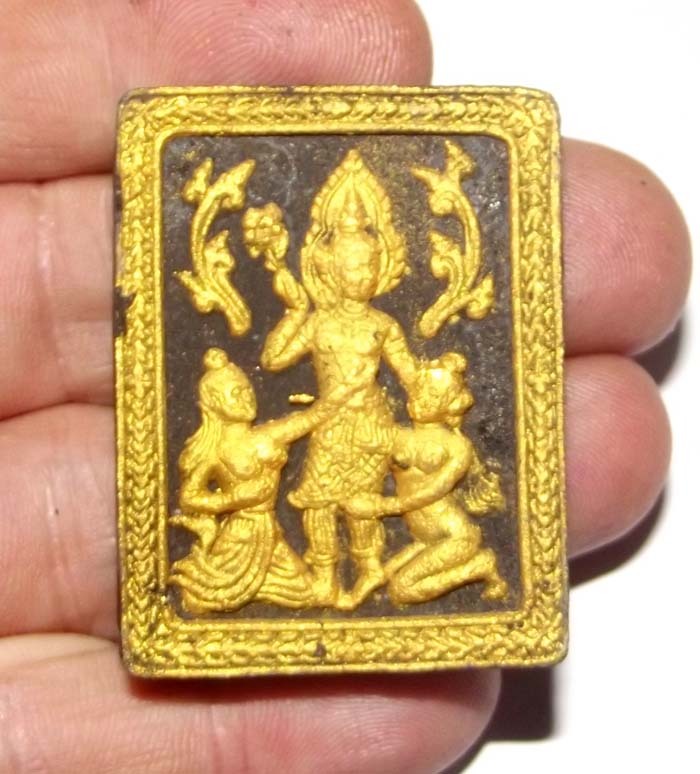 Luang Por Khern Thawaro is a very respected Master of Khmer Magic, with various Adept spells under his Mastery, such as the Paetch Payatorn, Tagrud, and Pra Ngang amulets. 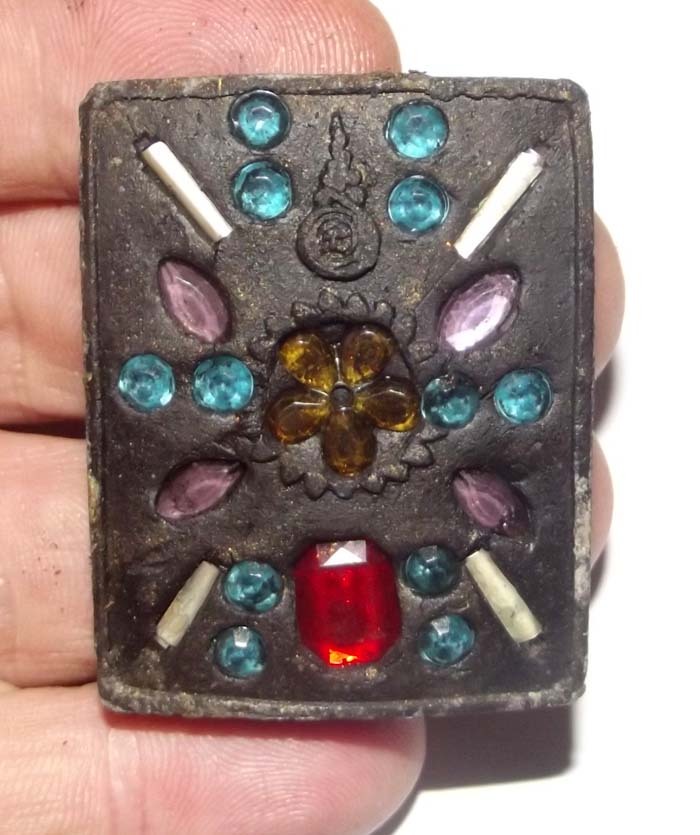 Luang Por Kherns amulets are always made in lesser numbers, and are thus bound for eventual rarity. Prices are easily in accord with the small number of amulets made. Luang Por Kherns amulets are not made for mass production, rather more for individual quality and individual empowerment, as well as high quality sacred herbs and ingredients. The Muan Sarn used in the sacred powder of these amulets are evidently extremely rich minerals herbs and powders that are powerful in attraction magic. This becomes instantly apparent to the trained eye when examined under the eye-glass.

The Amulet is made using Ancient Wicha of Sa Or Yer Niang, which is a very powerful Khmer Wicha of ancient origins.

Luang Por Khern is one of of the 'Five Great Masters of Maha Sanaeh', Famed` for Their collaborative amulet editions, since which 2 of the 5 Masters have passed on (LP Pan and LP Bpan) to the next World. Now however, a new Group of 7 of the greatest Maha Sanaeh Masters have joined hands to continue the tradition of collaborative amulet making, and have released an edition together. LP Khern is of course still one of the members of this group of Top Masters, and perhaps the most important member, for his Master Wicha of Paetch Payatorn. You will find the amulets of the 7 great