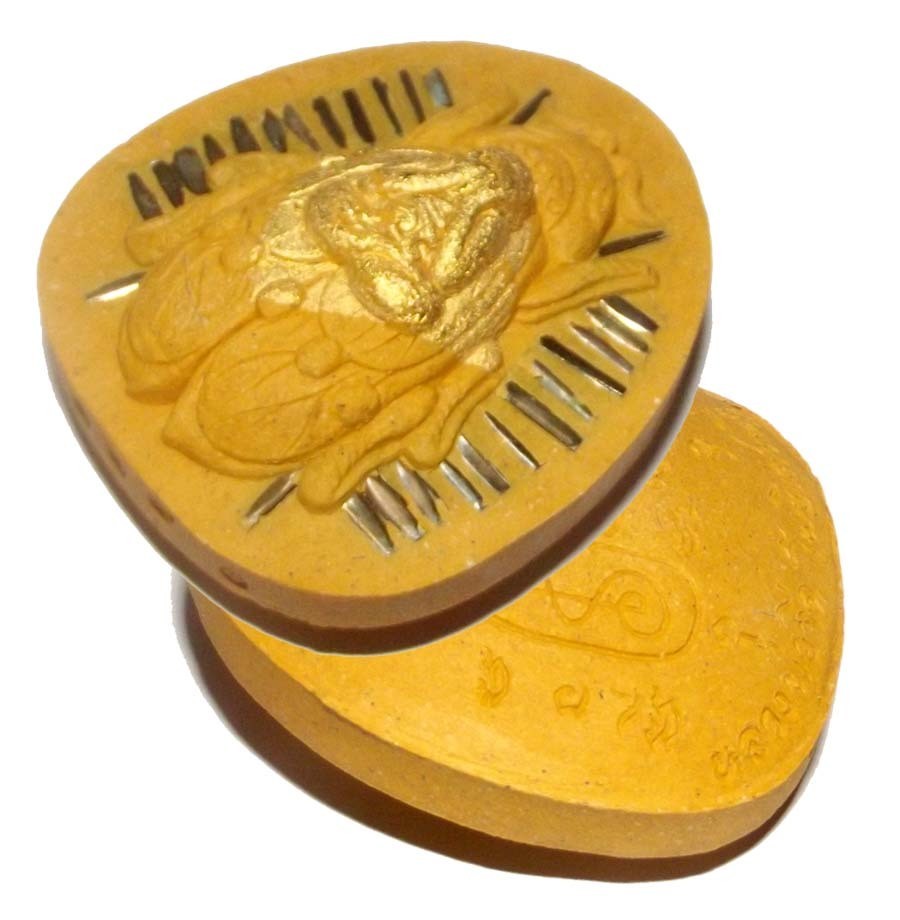 Thailand Amulets is proud to be able to offer some of the rare and especially sought after Lucky Treasure Bee amulets, which went completely unannounced, and were Secretly handed out to Sponsors at the Ceremony of the Serp Dtamnan Luang Phu noi edition Amulets by LP Jerd, of Suan Badibat Tam Po Sethee, in Nakorn Pathom. This Ongk Kroo gammagarn version features a treasure bee on the front face, with a Pra Pidta image on its back, gold leaf blessing, and 28 Takrut Pra Putta Jao Yee Sip Paed Pra Ongk spells inserted. 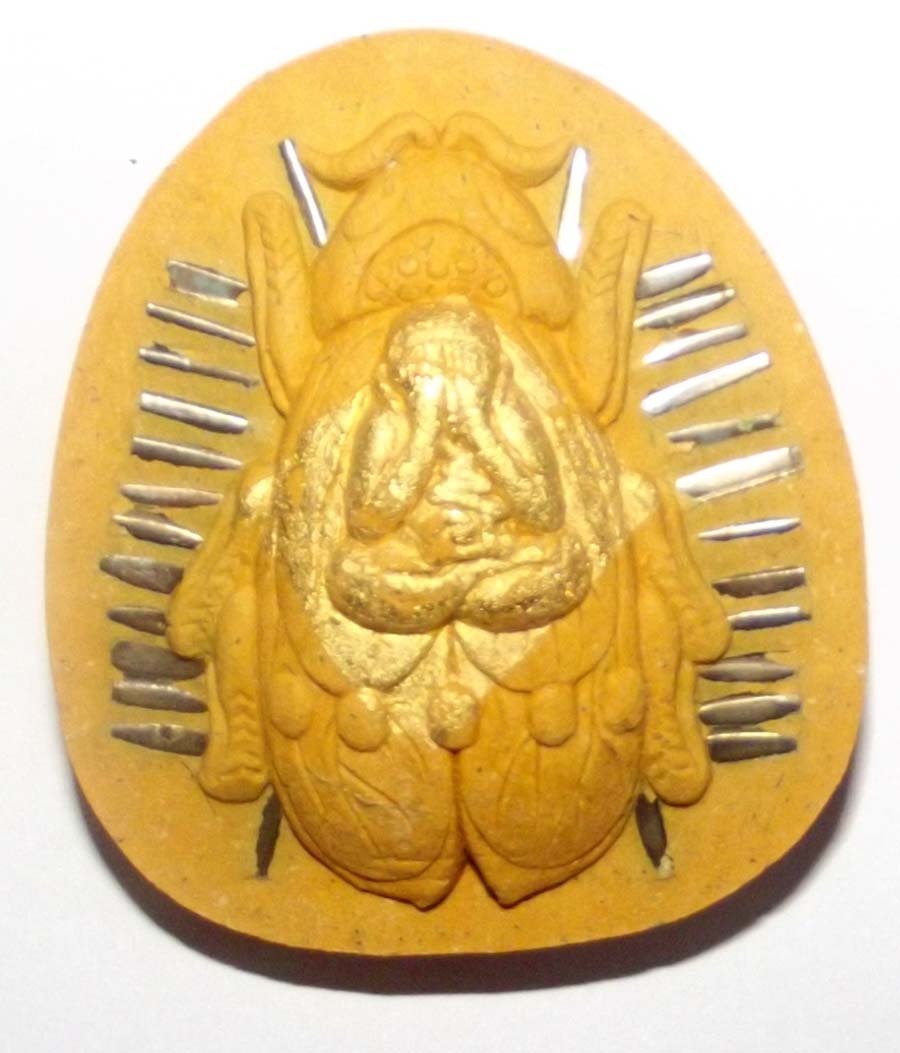 This Golden colored 'Nuea Wan Tong Pised' Sacred Powder used for this Gammagarn Version, is a concentrated rich Mixture of the Finest and most Sacred Herbal Powders. The Powders are also empowered with powdered Blessed Bees Nest (A Sorcerous Ingredient which has the Maha Lap effect of Increasing Wealth treasures and Lucky Fortunes). 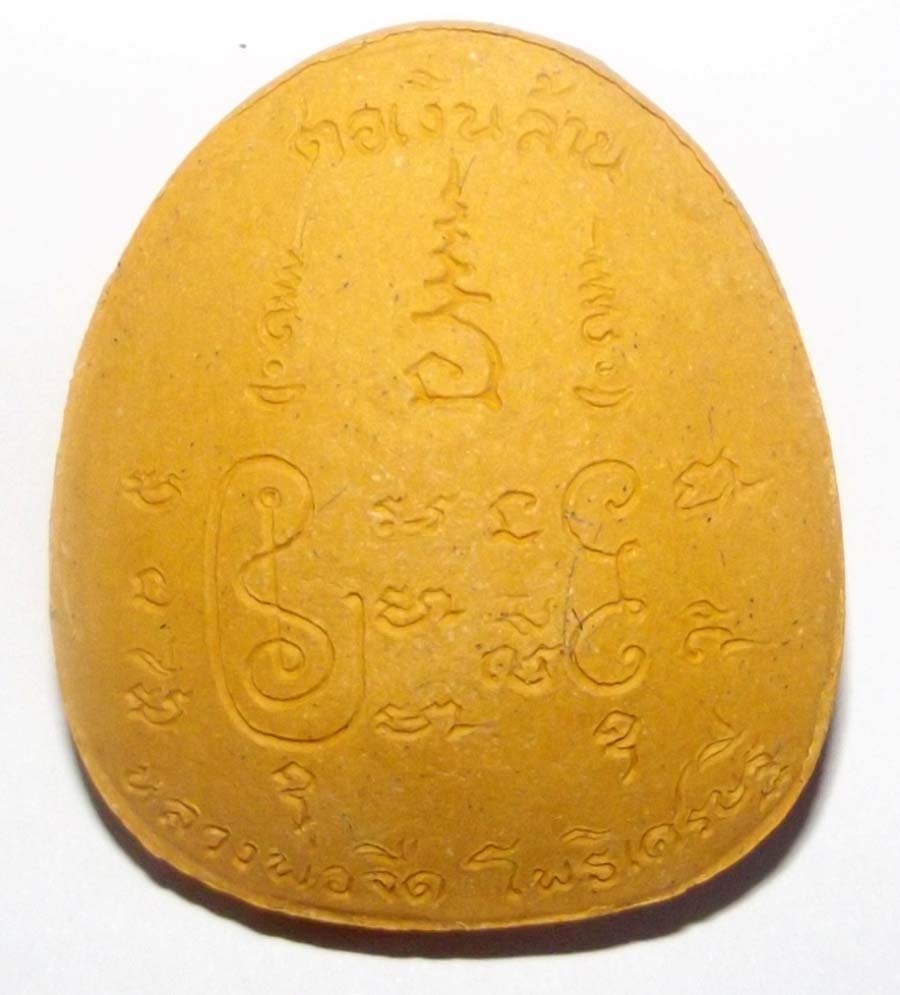 The rear face features a series of Sacred Na Maha Lap, maha Pokasap, and Maha Laluay and Kata Pra Sivali (Na Chaa Lii Dti), to bring great wealth and Prosperity, treasures and Prosperous Business. Released in 2555 Be in a Large and Very Special edition of some of the Finest Amulets and Bucha Statues to Grace Our Store. The edition included lockets, Pra Pid Ta amulets, and Wua Tanu/Kwai Tanu Amulets and Bucha Statues.

This edition was made to fund the building of a giant Ganesha sitting on a Treasure Bee statue at the Temple of Suan badibat Tam Po Sethee, to Instigate Prosperous Fortunes for the Poor Locals to improve their situation.

This is the Gammagarn Version in are made in light colored Golden Herbal Puttakun Powders with Gold Leaf, which do not exist in the rest of the series of amulets, except in the special top of range triple collector set, which featured some Pidta amulets in this special Herbal Powder. 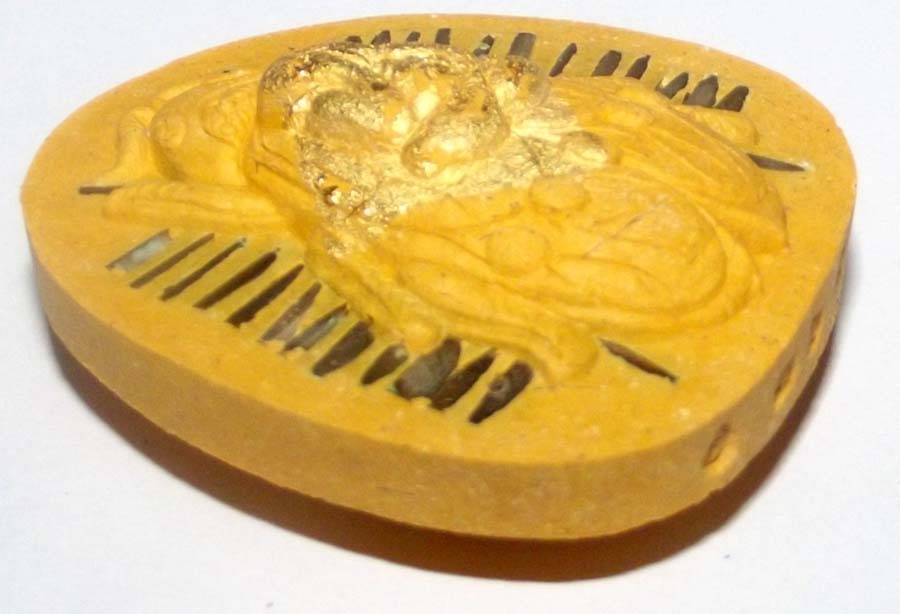 These belong to a set of extra special Treasure Bee Amulets, which were not proclaimed and not for sale, but were given to a few select sponsors. Two versions existed, one Black Powder version with 16 Takrut Pra Putta Jao Sip Hok Pra Ongk, and one Golden Powders Treasure Bee with 28 Takrut Pra Putta Jao Yee Sip Paed Pra Ongk. Both treasure Bees on the front face have a Pra Pid Ta image emblazoned on their backs.

Pra Pid Ta is thus also an aspect of Bucha Ceremony when Praying to this Amulet, and increases the maha Lap aspect of the Magic, whereas the treasure bee increases the Maha Pokasap aspect. 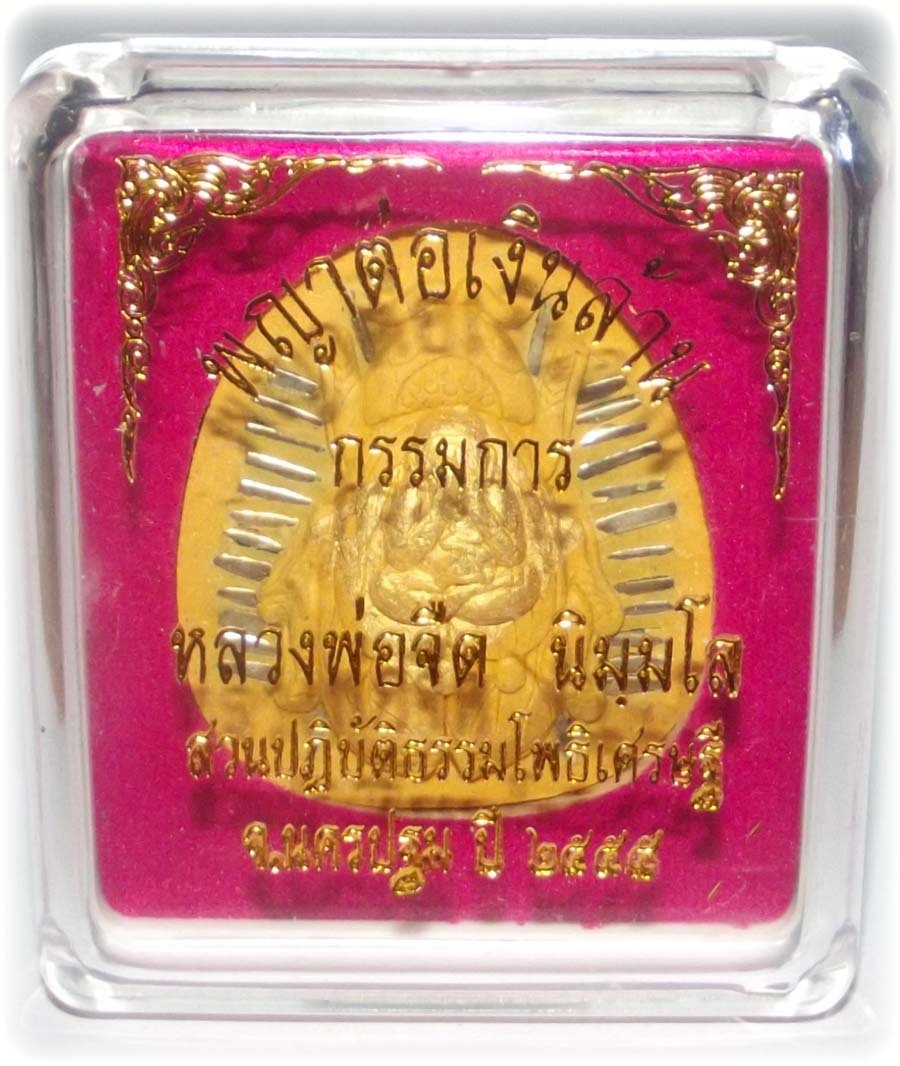 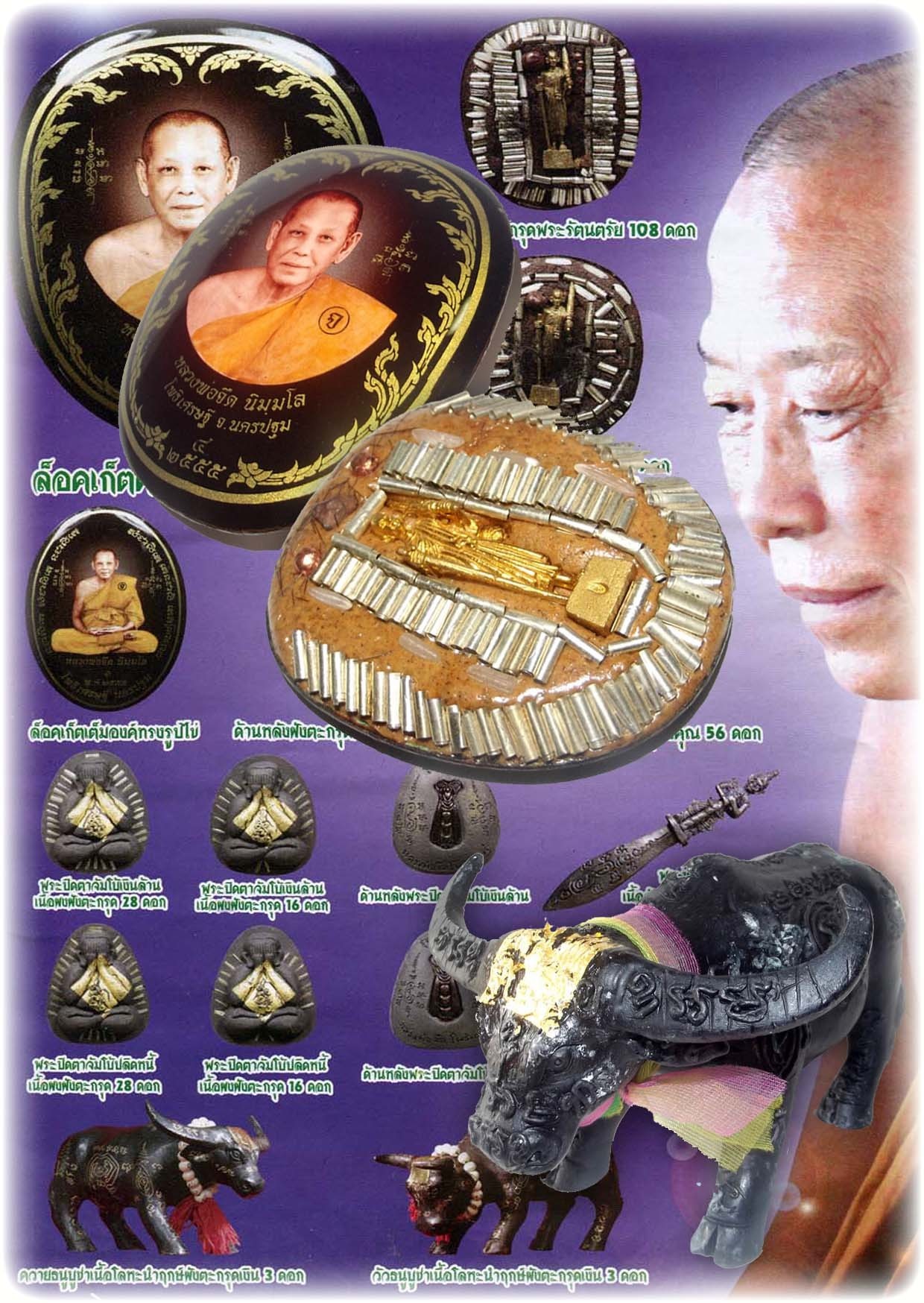 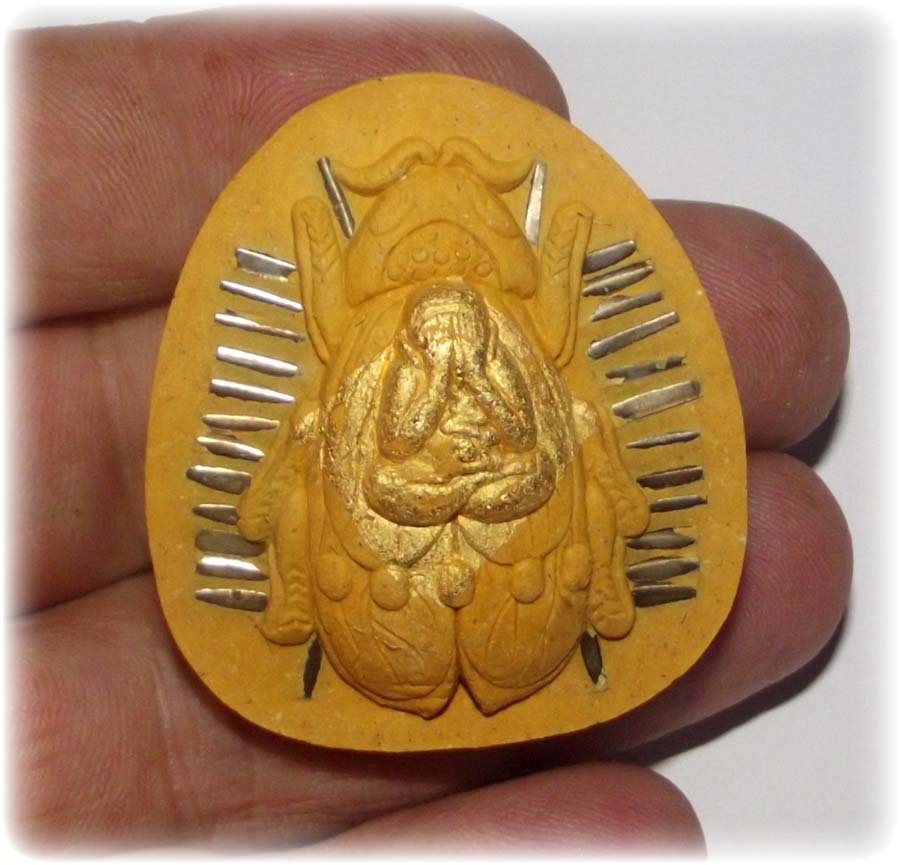 Despite the fact that Luang Por Jerd is a Humble Monk, his Humility and Diligent Practice and Merits have elevated him to become one of Thailand's Most Respected Monks on a National Scale, and one of the Top 4 Monks of the Nakorn pathom Province (Along with Luang Por Sanya (Kong) of Wat Klang Bang Gaew, Luang Phu Yaem of Wat Sam Ngam, and Luang Phu Ap, of Wat Tong Sai. We should perhaps say 5 Great Monks of Nakorn Pathom, as the Abbot of Wat Pai Lorm, 'Luang Pi Nam Fon' is producing Fine Buddhist amulets in the wake of his Mentor, Luang Por Poon.

The base of amulet has code stamp and edition number code 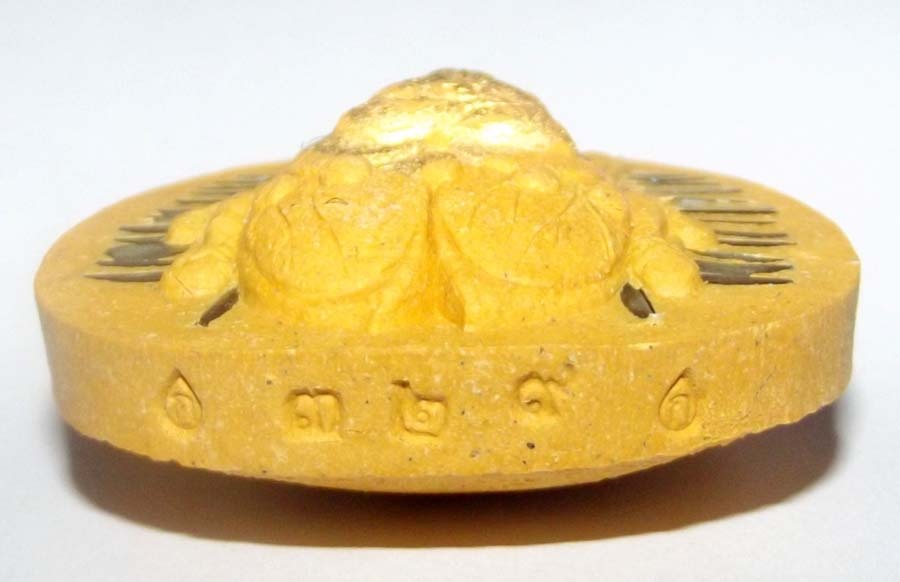