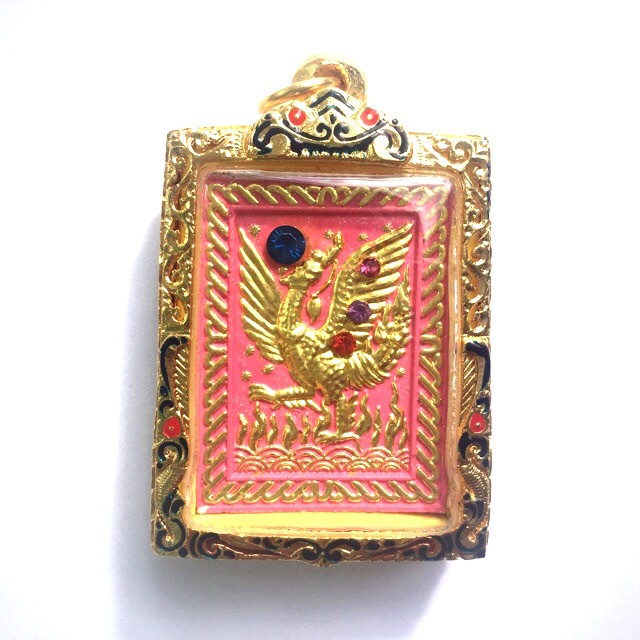 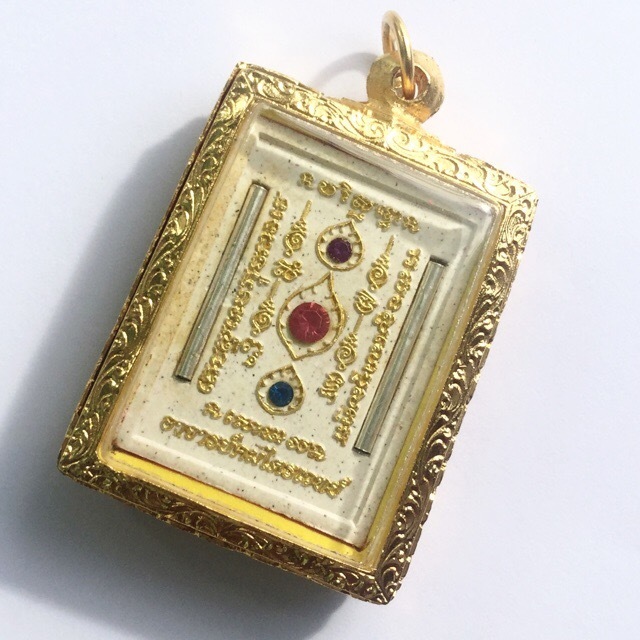 The amulet is hand painted, made from the finest mix of sacred powders, and has semi precious stones inserted. Each amulet is individually hand painted, and thus, no two examples are exactly the same colors or the same in every detail. Ajarn Kom is the most Adept and famous Master in Supannburi Province, and one of the top Ten Lay Masters in Thailand. His Traditional Artisan style of making authentic charms and amulets, Bucha statues etc, is both a trademark of his inpiduality in remaining true to the tradition of making the amulets with his own hands. 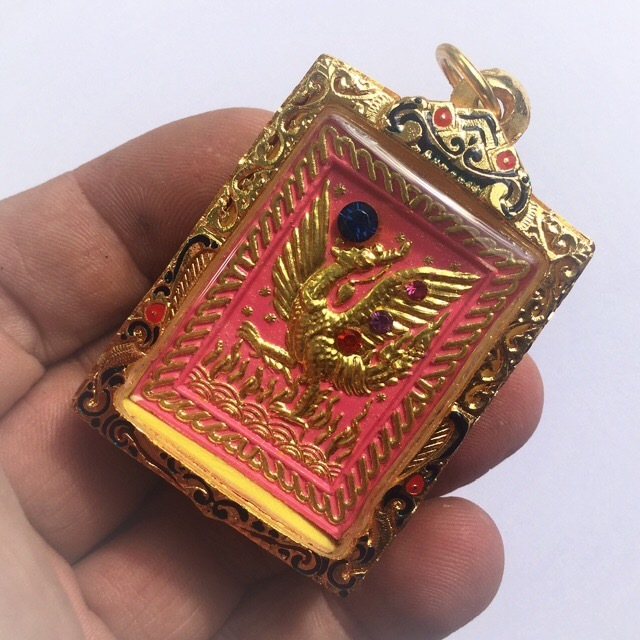 His Samnak has remained very simple over the years, despite his rise to success, and has remained the same for many years without luxurious improvements. Most of his fundraisers from amulets just go to helping Buddhist temples to build their projects. His quiet manner and humble attitude has led him to become even more respected, for he is indeed perhaps the most powerful Master in Supannburi Province, and one of the most popular Lay Masters in Thailand. 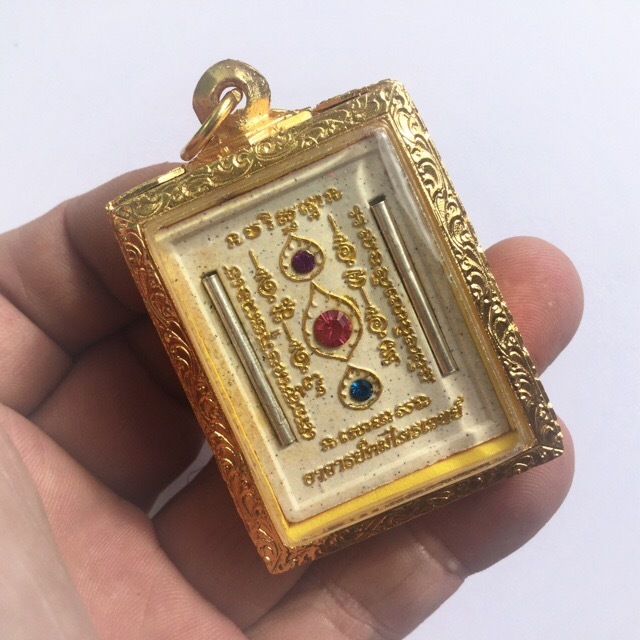 He began practicing Saiyasart (Occult Magick) at the age of 17, beginning his studies under his Uncle, who was also a Looksit of the Great Magic Monk ‘Luang Phu Sukh’ of Wat Pak Klong Makham Tao. After 2 years of practice, he ordained as a Buddhist Monk (Bhikkhu). He studied and practice onwards with Luang Por Sa-Ngaa (famous for herbal medicines and amulets). 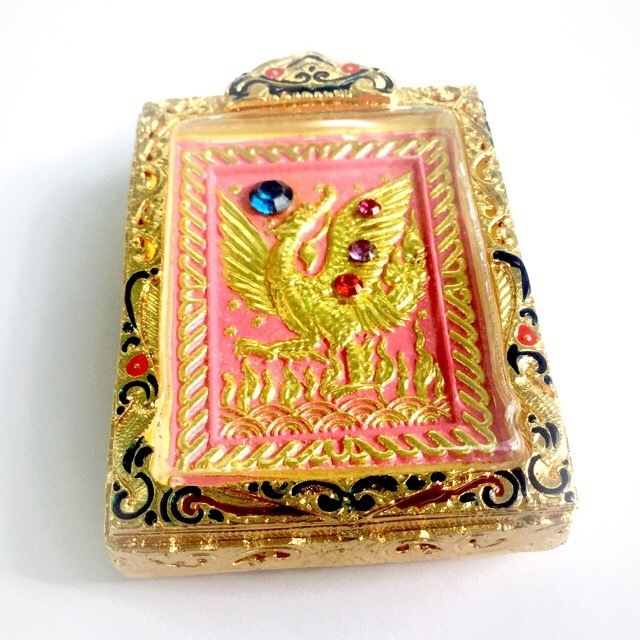 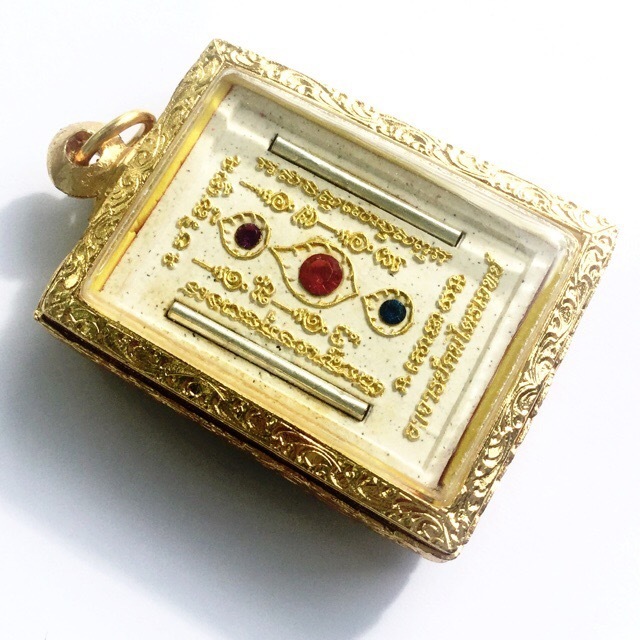 After leaving the Sangha and becoming a Layperson again, he began studying and practicing the Various Wicha for protecting against the various dangers of his environment, and began to make Sak Yant tattoos, and Sacred Yantra designs using the Kampir Yant (ancient grimoire) of Kroo Ba Srivichai 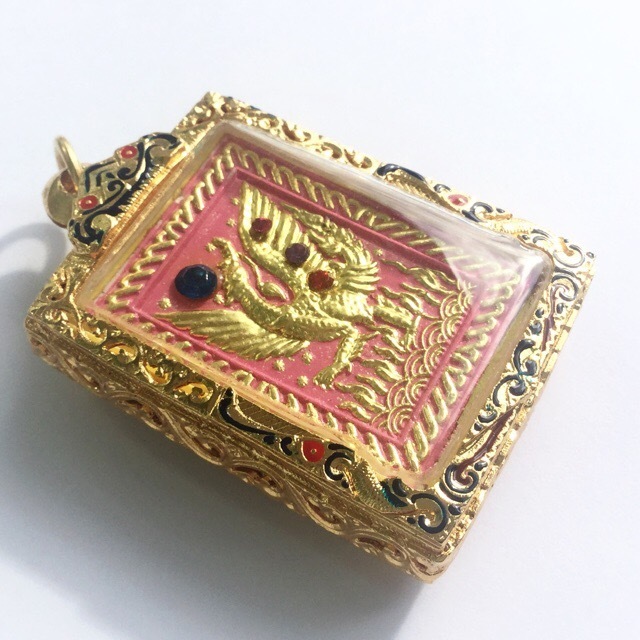 Ajarn Kom has become very famous for his many different Kumarn Tong and Pra Ngang Bucha statues and amulets, as well as for his many Maha Sanaeh Mercy Charms and Animist Talismans such as this Paya Hongs Himapant Swan. Arjarn Kom is widely known for his Kumarn Tong amulets and Buchas, which gained immense popularity and demand after many success cases with people who got one, and experienced extreme results.

Ajarn Kom has completed the correct studies and practices which need to be mastered to perform the correct invocation of Animal and Humanoid Image Amulets, using the Nibbana Sutra and the Invocations of the Akarn 32 and Taat See, which is why his Kuman Tong and other animist amulets and effigies are so powerful.

We recommend using the Kata Aaratanaa Pra Krueang as a prelude to the Kata Paya Hongs to asking for wishes to be fufilled.

Make a wish or Prayer and continue with;

Chant this Kata 3 times whenever you are about to place the chain over your head or put on the amulets, and also when you take them off. 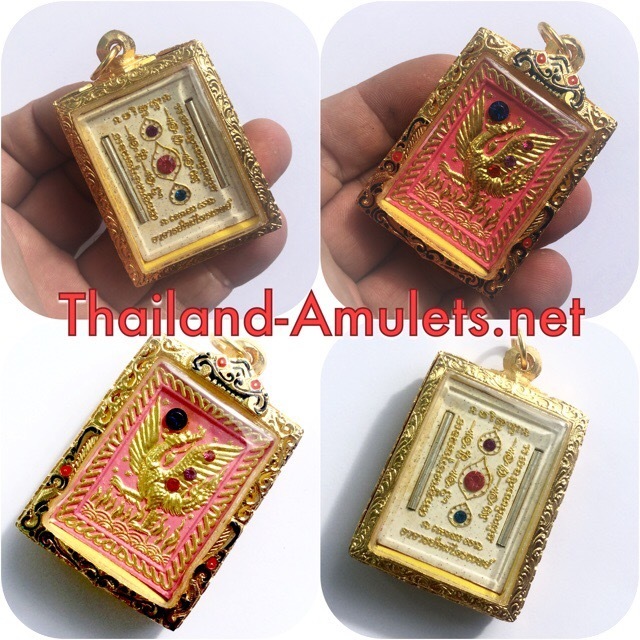 Use this when needing to Plead with your Debtors, or other similar situations where you need Mercy

You can chant this into face powder,, See Pheung or perfume and use it before meeting with your Employer or Superiors, to make then feel favorably towards You.

Chant into your See Pheung, Metta Oils, perfume, face powders and apply to your skin. Chant and blow into Yantra cloths or amulets.

Kata Samak Ngaan (Applying for getting a Job Spell)