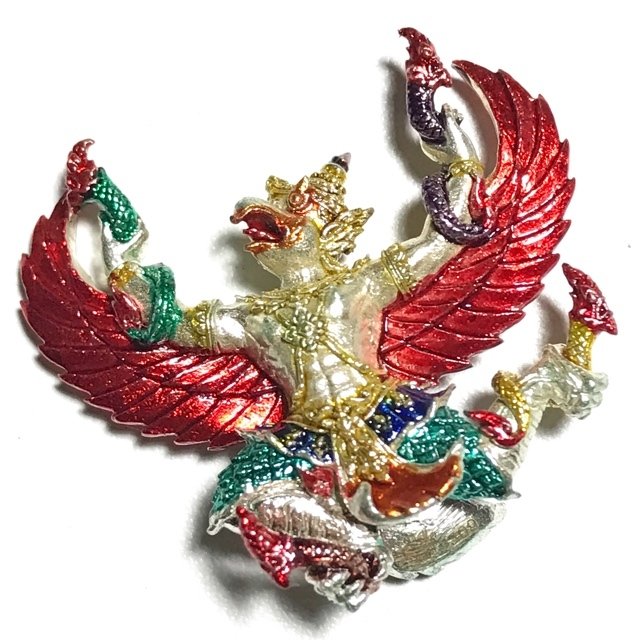 Paya Krut (Garuda) Deity Loi Ongk Statuette amulet in Sacred Metal Alloy With Rachawadee enamel glaze, empowered and blessed by Luang Por Pra Maha Surasak, of Wat Pradoo Aram Luang. This series was released in the Ruay Lon Fa edition in the Year 2560 BE after empowerment by Luang Por, to protect and bring commanding power, promotion of status, and prosperity to the devotee. 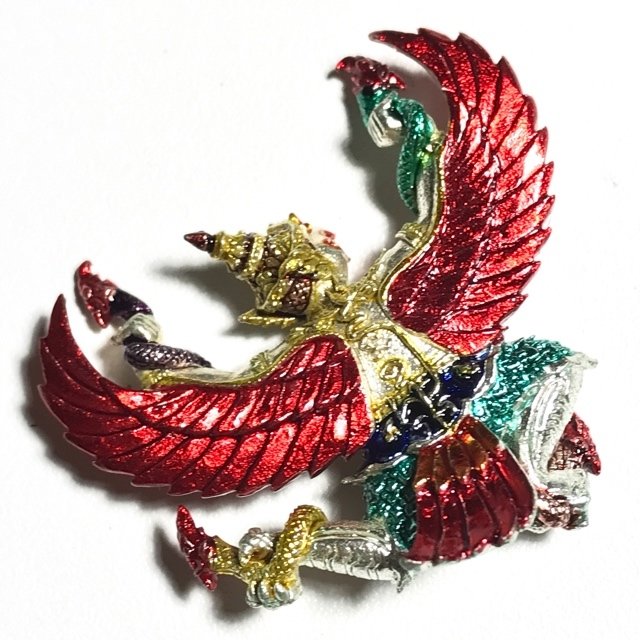 The Garuda has Great Might and Commanding Power, and symbolizes Development, Advancement and Prosperity. Garuda increases Your Status and Influential Powers. He is the Lord of all birds, and is the Sacred Vehicle of Transport for Pra Narai (Vishnu Deva). 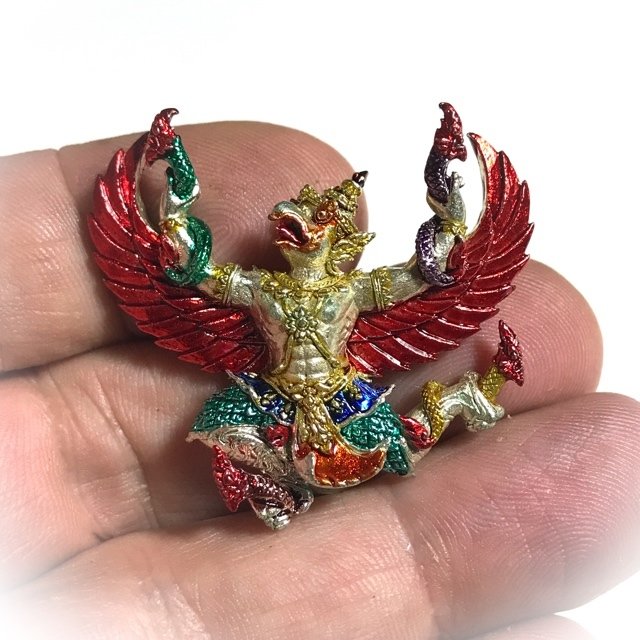 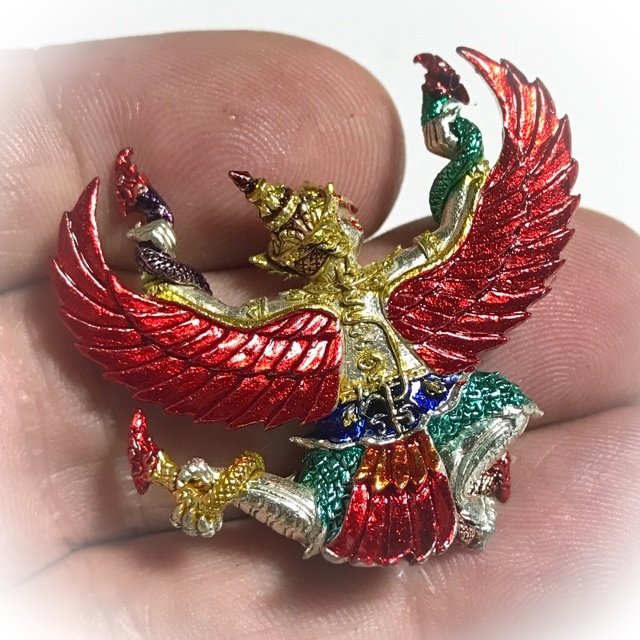 Luang Por Pra Maha Surasak is a highly revered monk, whose amulets are only released far and few between from his own temple. But he is seen to be present on the most important Empowerments and Buddha Abhiseka Ceremonies around Thailand's Greatest temples. He is popular with Devotees all around South-East Asia, in Hong Kong, Malaysia, Singapore, Taiwan, and Indonesia. 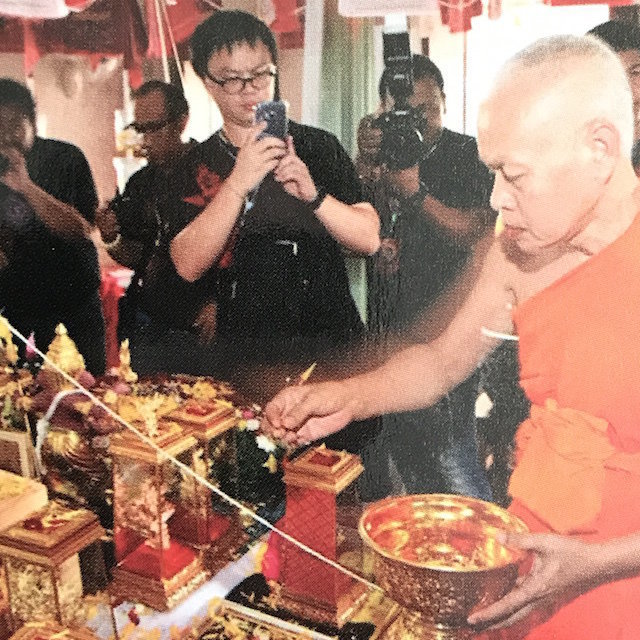 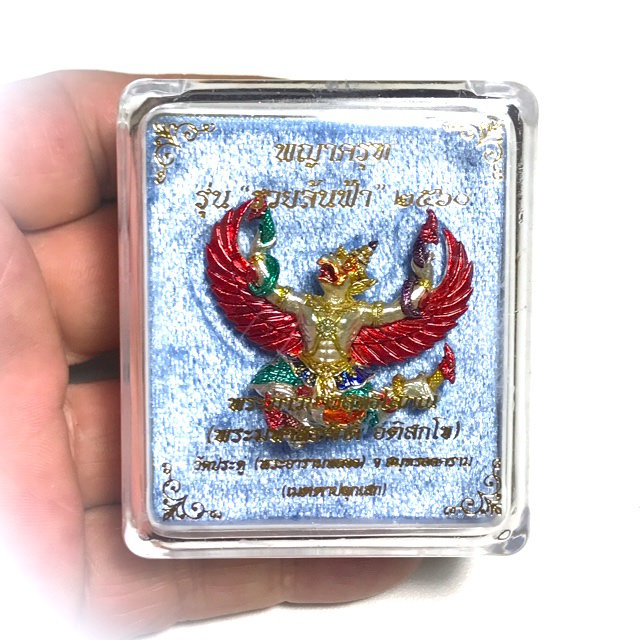 Luang Por Pra Maha Surasak is always invited to be present in all Great Ceremonies of National Importance, including those at Wat Sutat, and Wat Rakang Kositaram. 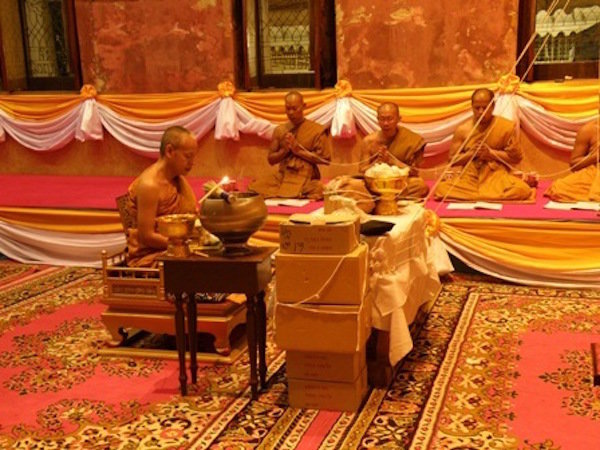 He also has helped many smaller temples over the years by appearing to empower and bless his amazing amulets, as an act of Generosity to raise funds for temples iin need in the many poor provinces of Thailand. Luang Por Pra Maha Surasak is a highly revered monk, whose amulets are only released far and few between from his own temple. 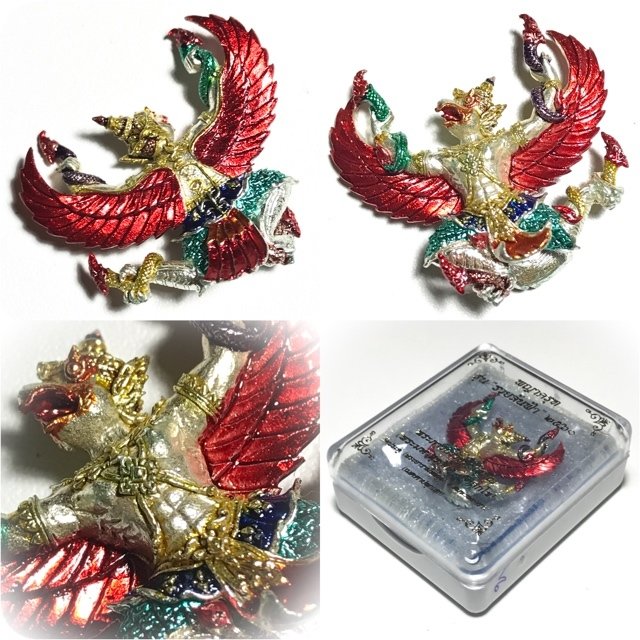