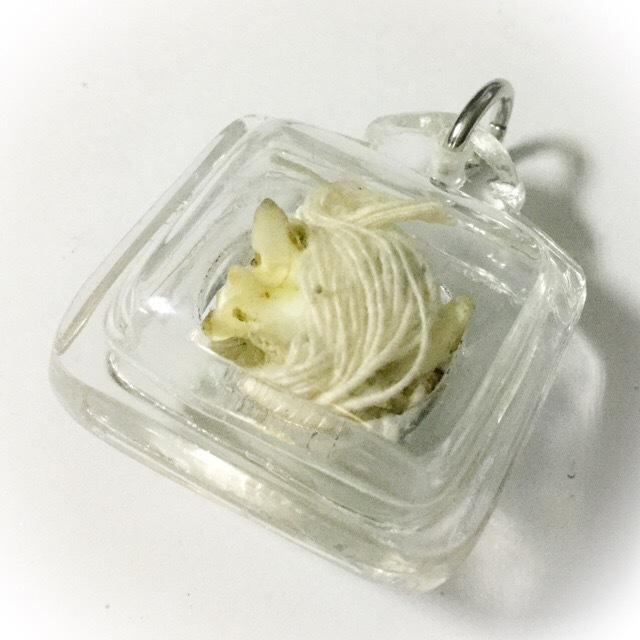 The Paya Naka Norn Kin (Naga Partaking of Luxury in Reclining Pose) Amulet, is an Animist Charm of Ancient Khmer Sorcery, made from the carved bone of a Great Python snake, that is a Prai, for having Died in the required circumstances for powerful Necromancy.

The Python never usually has to go out and hunt for prey, He (or She), lays in waiting for the Prey to come to the Python. It is the way of Nature with the Python, that its Prey will wander close by and unwittingly be ensnared in its wily trap. 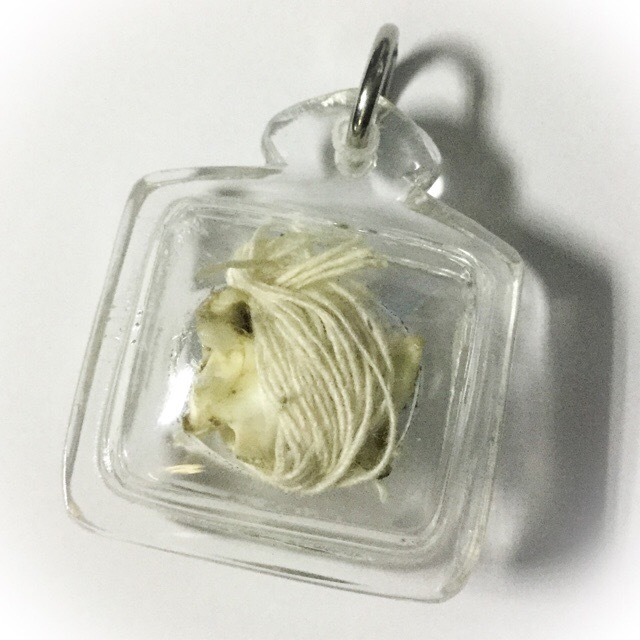 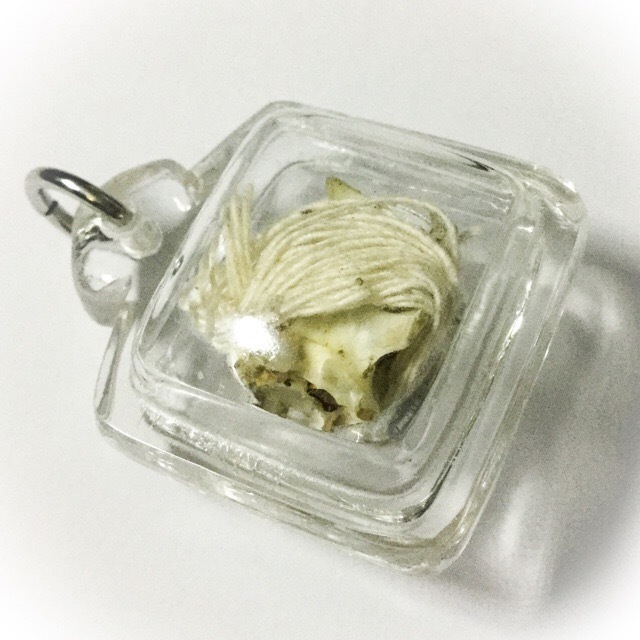 Apart from the Python Spell, the bone is bound with white Sinjana cords which Ta Poon has been empowering for many years, with specific Wicha for the Binding and Doubling of Magical Forces. Magical Effects; Commerce, Lucky Fortunes, Wealth Increase, Customer Increase, Sales Increase, Easy Pickings. 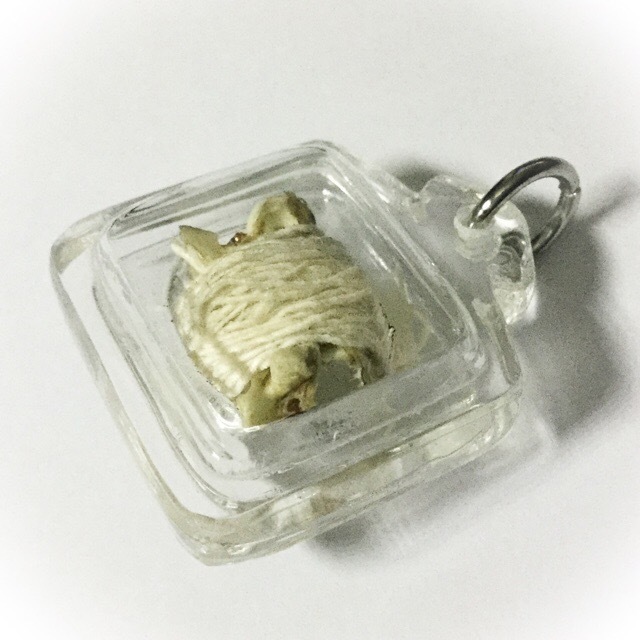 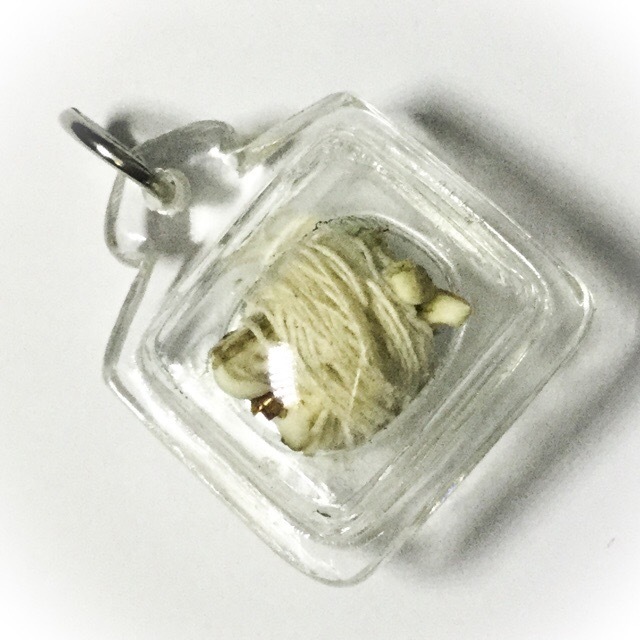 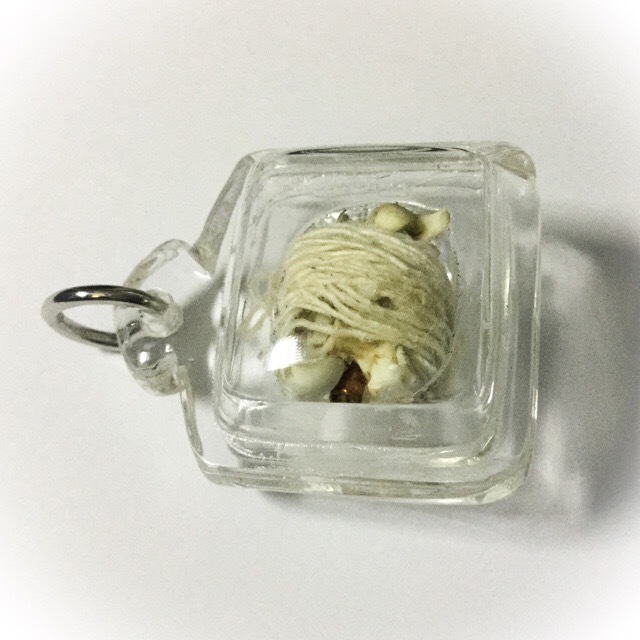 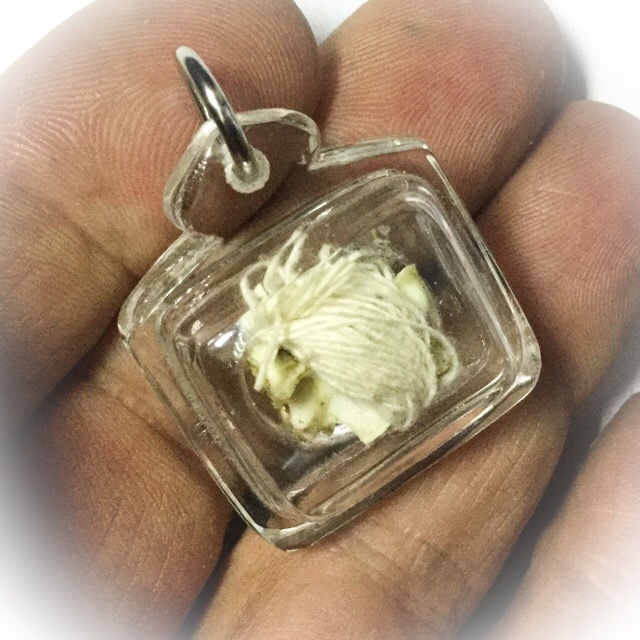 Ta Poon is a reclusive Lay Master who has retreated to the forest and uses this name as an assumed name to avoid attention. He was blessed with being the apprentice of Luang Phu Suang, learning Wicha from him and a number of associated Adept Sorcerors, of both Ordained and Laymaster lineages. He recieved Wicha from a total of 295 different Adept Mages, Sorcerors, and Necromancers. The majority of his training however, came through the lower Northern Region of Thailand through the Luang Por Derm (Wat Nong Po) Lineage, and the Magical Master Lineage of Luang Por Tob of Wat Chon Daen.
When asked about the origins of his Manyfold, and Powerful Wicha, Ta Poon recounts of the time he was ordained as a Samanera, ordained by the Great and Mysterious Luang Phu Suang Tewada Len Din himself, and that he remained practiciing under the tutelage of Luang Phu Suang for a period of 15 years. 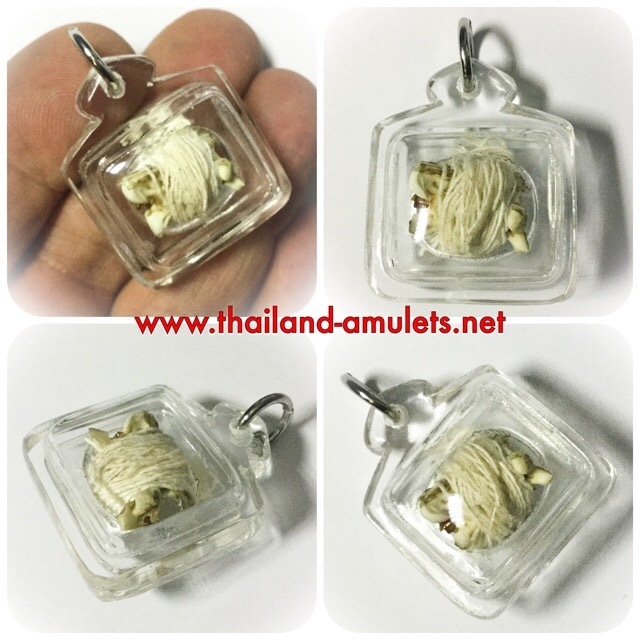 As far as Wicha Metta Mahaniyom and Maha Sanaeh are concerned, Ta Poon had wives in every province through which he had traveled, or ever settled, and it is said that despite his old age, that, his last wife which he took was only 27 years old. This was as he was already at the ripe old age of 84 years old.
These days are however, over. He now lives secretly under an assumed nickname (Ta Poon) in the deep forest in the north eastern region near the border land areas of Thailand between Cambodia and Laos. Very few people know of his whereabouts, but those people still travel into the deep forest to find him and beseech him for his famously powerful magical Sorcery Spells and blessings. He still performs Holy Water Blessiings, Exorcisms, and creates special Takrut Spells and empowers an array of amulets for those who are able to find him, and are able to find his favor.
His Takrut empowered with Maha Ud Kong Grapan Chadtri Klaew Klaad, are normally requested by soldiers, and high-ranking police officers, who have been his devotees from the time when he was still a high-ranking officer in the army, fighting against the rebels in southern Thailand, and amazed them with his daring feats, under the protection of his special Adept Wicha.
Ta Poon does not allow his picture to be taken, and forbids it to any of the devotees who find the way to his whereabouts, to reveal his location to anybody in the outside world. He says, he is already bored of all of the confusion and greed in the world outside the forest.
Save this product for later
TOP