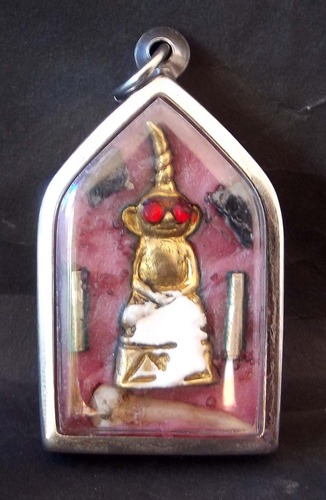 Pra Ajarn Dtecharangsri's Wicha is slowly becoming impossible to notice, as his amulets generate ever more increasing success with his Devotees,  and each edition or new creation becomes ever more powerful with each new release. This amulet is one of a very small batch of hand made and individually empowered items with immense occult power, using extremely rare and hard to obtain ingredients for the potion. This is the 'Ongk Kroo' (Master Piece) of the Pra Ngang series, and has extra large amounts of Prai ingredients from the remains of the Prai Spirit within the amulet, and the extremely rare 'Prai Luead'. 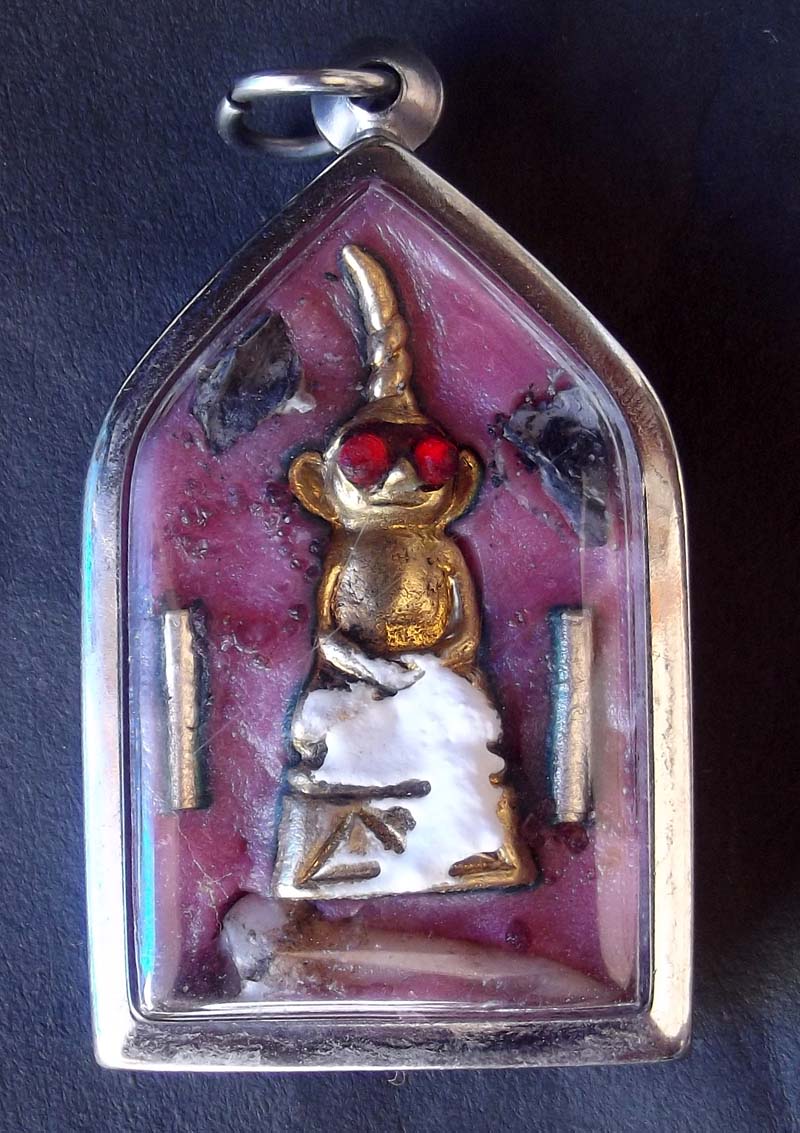 This amulet is indeed a full potion of spells with an extremely sacred and several powerful pieces of 'Chin Aathan' inserted, including a human tooth. Chin Aathan is a Prai Magic - a piece of relic (bodily remains, such as bone, blood, tooth, skin) of a poor person who drowned to death on a Saturday and was Cremated on a Tuesday, which is a very powerful combination of events to make magic for riches and luck, and love and attraction (enchantment magic). The See Pheung Balm also containes 'Prai Luead' (Blood from the Prai). Two golden Takrut are inserted in the front of the amulet each side of the Ngang,surrounded by pieces of Chin Aathan. The bottom piece is a tooth. If you are lkooking for a most powerful amulet for pro-active Maha Saneh magic, this is probably as powerful as it gets as far as Occult Charms go. For Flirts and Gamblers this is definitely a good choice for effective results. 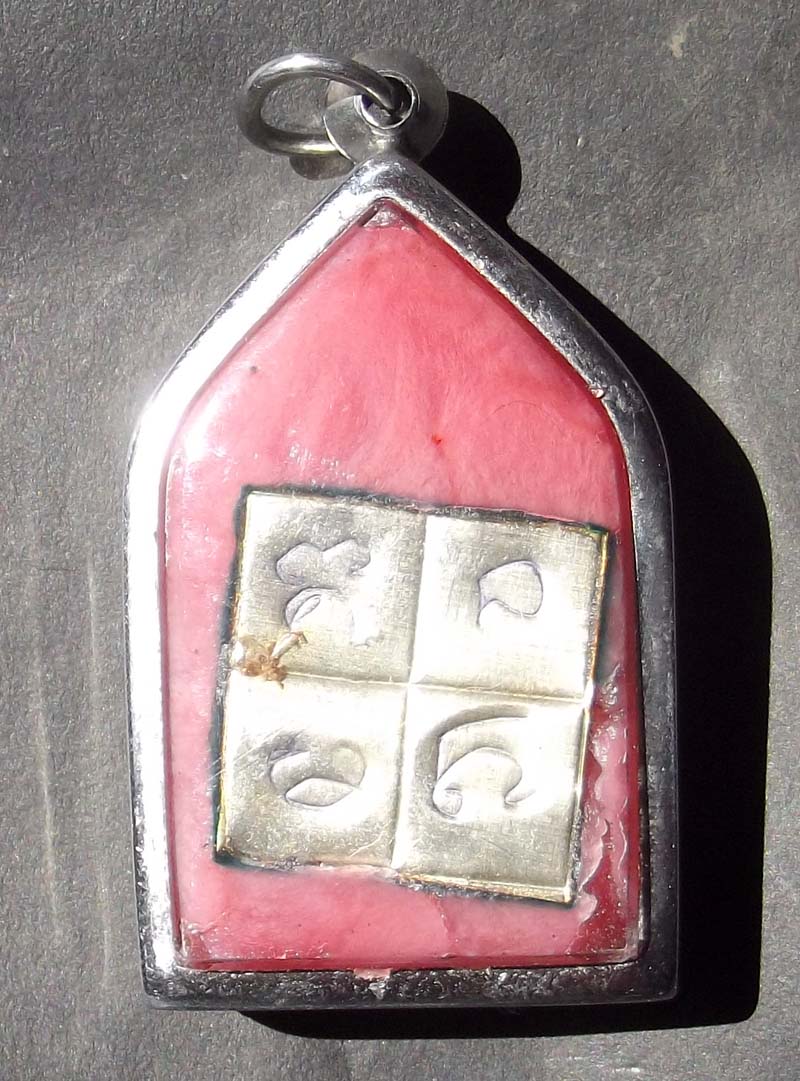 The rear face has a silver Yantra foil spell embedded which is the invocation of four elements to animate the Ngang. The Ngang has received incantations until it has recieved an conscious mind inhabiting it, and is empowered with a Takrut inserted inside it; 'Takrut Na Biya'.

The amulet will answer your wishes when using it for discussion, business, applying for jobs or promotions, charming the opposite sex, and doing business.

How to Bucha (worship) the Pra Ngang Deity

The See Pheung is boiled and congealed using a very Ancient and Powerful Wicha, which Ajarn Dtecharangsi has mastered, and has been empowered with incantations and had extremely powerful ingredients added, the most powerful being of course the Chin Aathan remains.