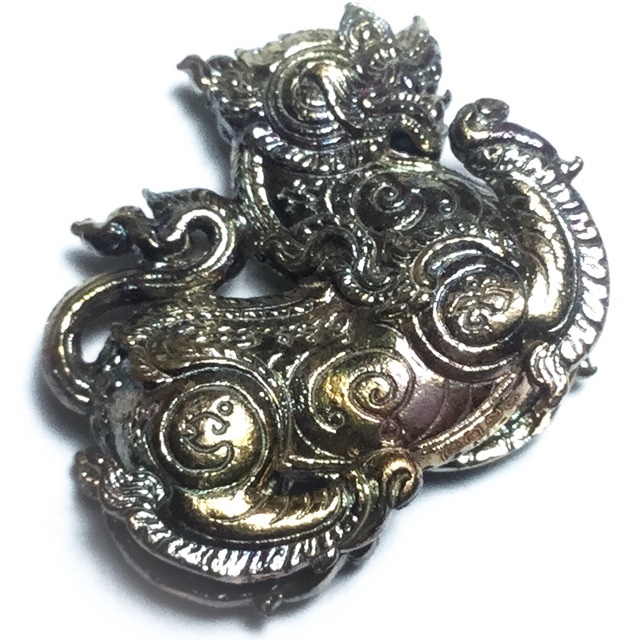 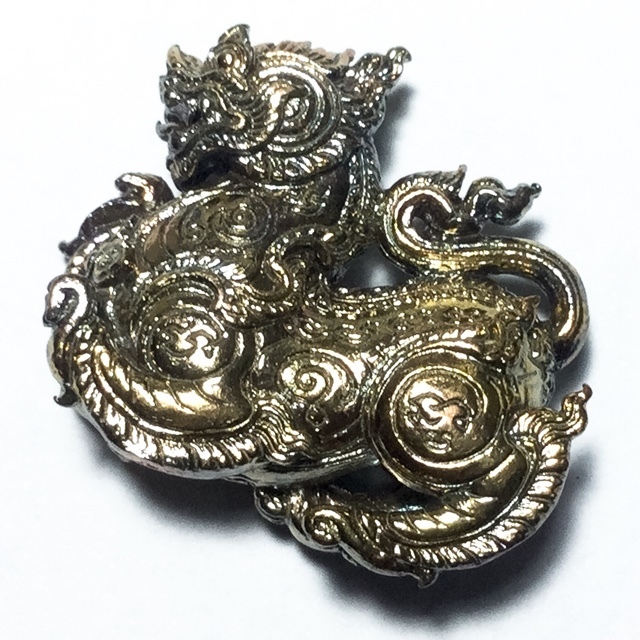 The Rachasri Lion is a King Lion of the HImapant Forest, and has appeared in a multitude of Thai Buddhist and vedic Myths and Legends, including the Ramayana and the Thai Ramakien Epic. His great Metta as well as his Bravery is always revealed in the legends.

The Singha and the Rachasri Himapant Lions are an Animist Deity from Vedic Lore that has been an integral part of Thai Buddhist People's belief since the advent of Buddhism. 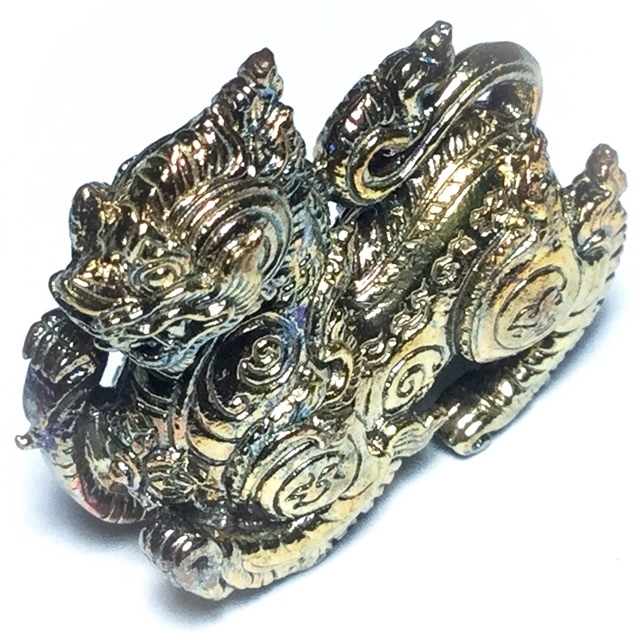 Mostly, the amulets were received from Guru Masters within the Ordained Sangha, and Lersi Sorceror Hermits, who were endowed with powerful Jhanic Meditation abilities and Psychic Powers to empower amulets with protective Magic. 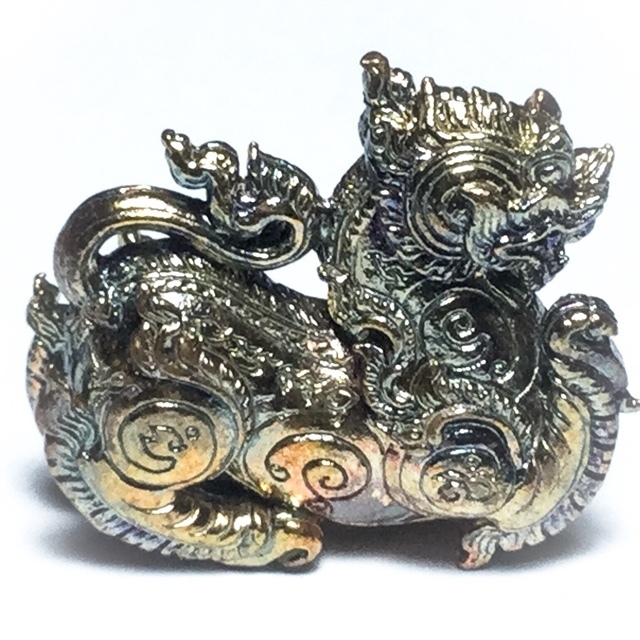 The Singha amulet is found in various forms, which can be separated into two main categories;

Those which are made from natural materials which are found to occur in Nature, such as those carved from ivory, bone, Lek Lai, tiger tooth, sacred wood, wild boar tusk, deer antler, bear tooth, amd fossilised stone, jade and other mineral substances.

Below; Temple code stamp and numbered limited edition series code are embossed on the base of the amulet 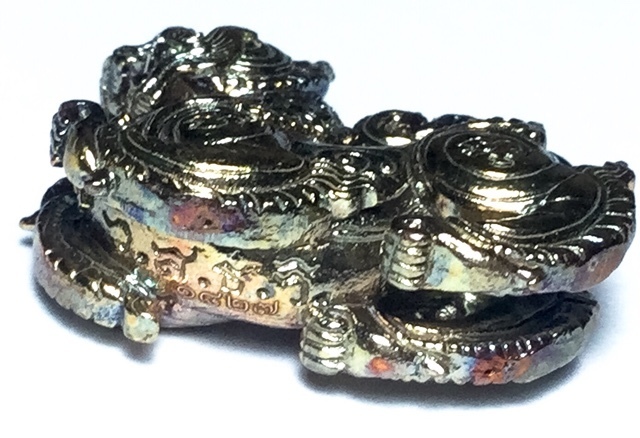 Those which are made from man made substances, such as smelted metals like gold and silver, as well as alchemical magical sacred metals such as Nava Loha (9 Sacred Metals), Sadta Loha (7 Sacred Metals), Bpancha Loha (5 Sacred Metals), Maekasit, Maekapat, Parot and the like. 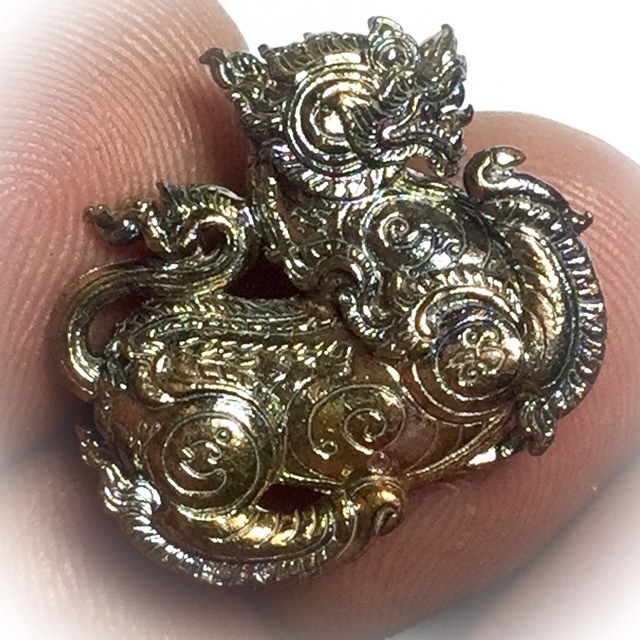 The Paya Rachasri Phone (also called Rachasri Bpon Hyuea) amulet endows the wearer with Protection and Commanding Power, Social and Professional Status, and Good Chances of Promotion through the Aura of Respectability and Personal Power.

Luang Por Raks (alternatively called ' Luang Por Luck') is one of this Century's new Arya Sangha and Gaeji Ajarn, who is becoming every more prominent, as his merits become noticed in all the Regions of Thailand. His amulets are of the finest and most fairly priced, with excellent empowerments and blessing ceremonies, with only the top Masters present. 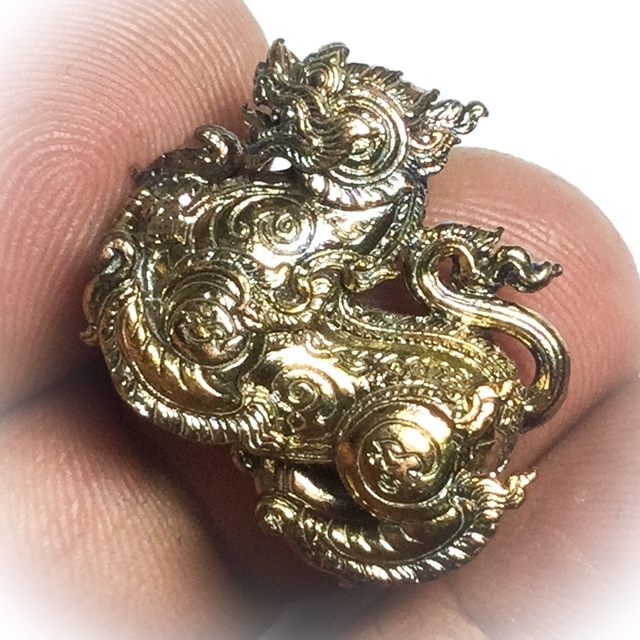 Luang Por Raks is Famous for his Immortal Saying 'Powerful or Not Powerful, depends on the Mind Itself". This means of course "The True Power, comes from the Mind, and From Faith". So many of Luang Por Raks' amulet editions have recieved great attention and many cases of positive experience with his amulets, has caused Luang Por Raks amulets to become some of the Most Prized Classic Buddhist Amulets of the present day, and more so in the Future. 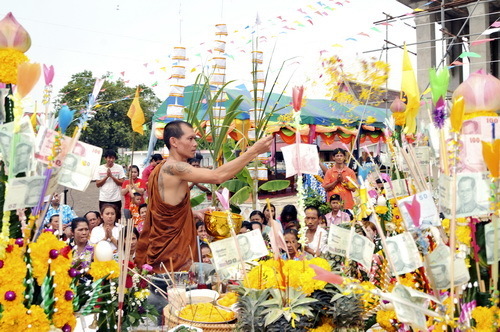 The amulets of Luang Por Raks are of excellent quality Sacred Muan sarn, High Class design of miniature Buddhist Art, and powerful empowerment from a monk of high purity. They are classic editions, whose spiritual and collector value is almost certain to always rise, and never lessen. 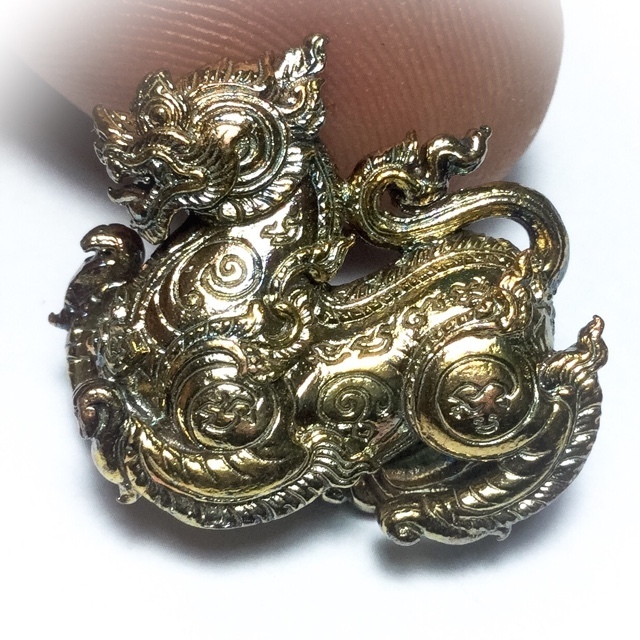 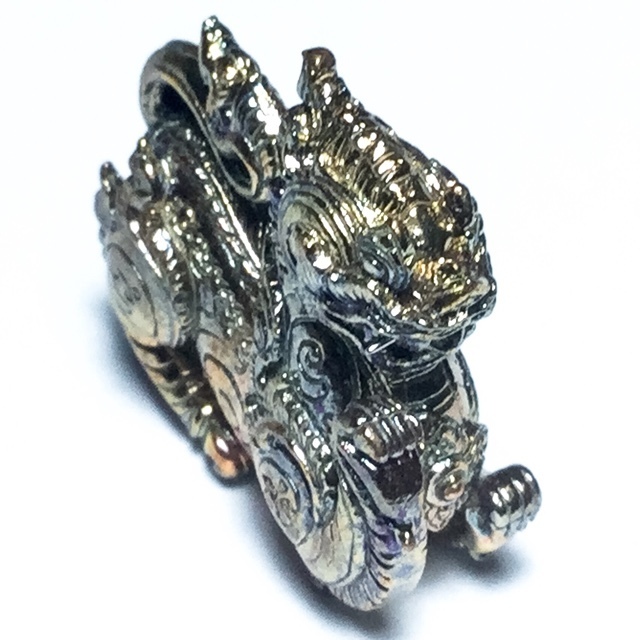 Luang Por Raks' amulets have since some time now received increased interest of official collector showrooms, and those who define the standards of the collector scene, and it looks as if it is a very wise idea to get his amulets whilst they are still available for an affordable price. 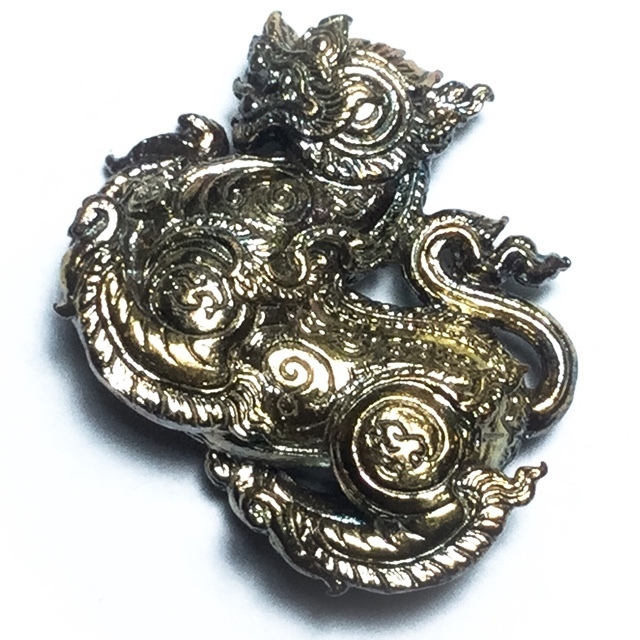 The Singha Lion belongs to the category of Talismanic amulets known as 'Krueang Rang'. Some Krueang Rang are not limited to wearing on a neck chain, and can be worn or used in a variety of other ways; 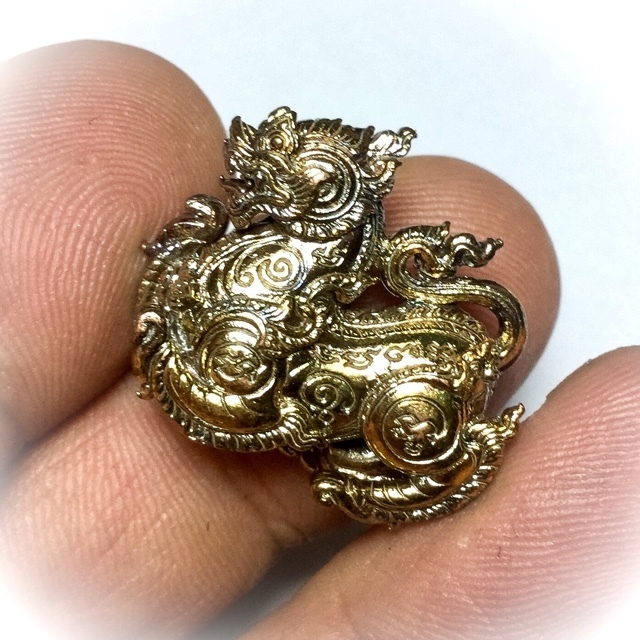 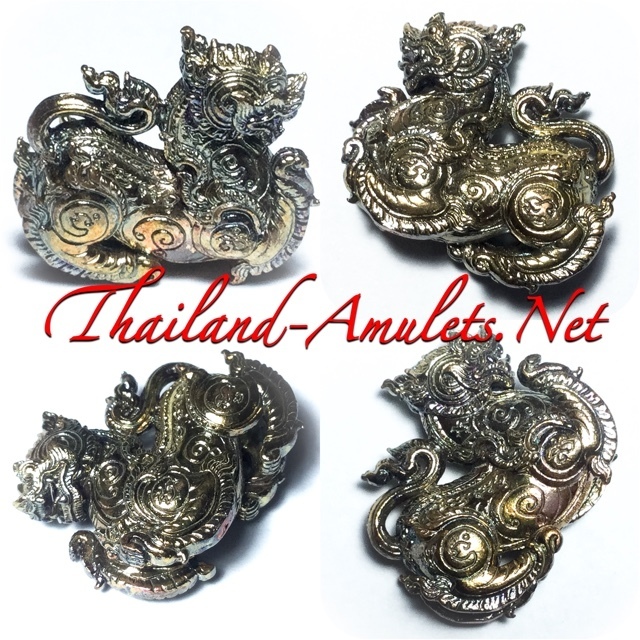