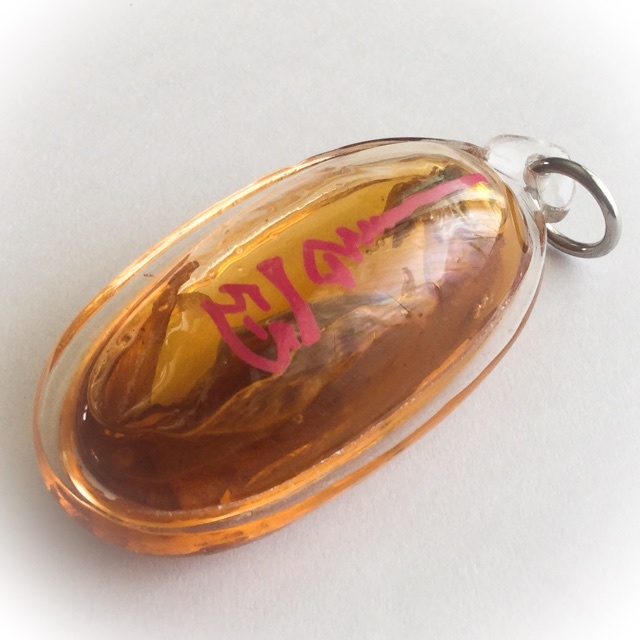 An extremely rare opportunity to Bucha a whole Dork Tong Flower as both the Muan Sarn Ingredient, and the Object of Bucha as a Potion in its own right, which has been made possible with the generosity of Ajarn Wirataep Yan Kroo Prasit. The Dork Tong is immersed in a Prai Oil Potion, and has passed through a large number of repeated empowerments from Ajarn Wirataep at his Samnak, who refused to release them until he had 'supercharged' them.

It is indeed an act of generosity to implement the use of a whole Dork Tong Herb Flower to one single amulet, for it is such a rare aquisition in itself. The Paya Wan Dork Tong Herb is an extremely valuable Maha Sanaeh Herb in itself in the 'Dtamra Saiyasart' of Thai-Khmer Sorcery, but its flower, a single golden and white flower that only comes to bloom once a year, with only one single flower per plant coming into bloom per year.

With one flower per plant once a year, and the rarity of encountering this flowering magical herb itself when it is in flower, demonstrates just how difficult it is to obtain a whole Dork Tong Flower. Most Powerful Dork Tong Oils may use one flower for ten bottles of oil as an additional part of the admixture, but a whole flower in one amulet, is indeed an extremely rare thing to see, and an immensely powerful Maha Sanaeh Charm to possess. 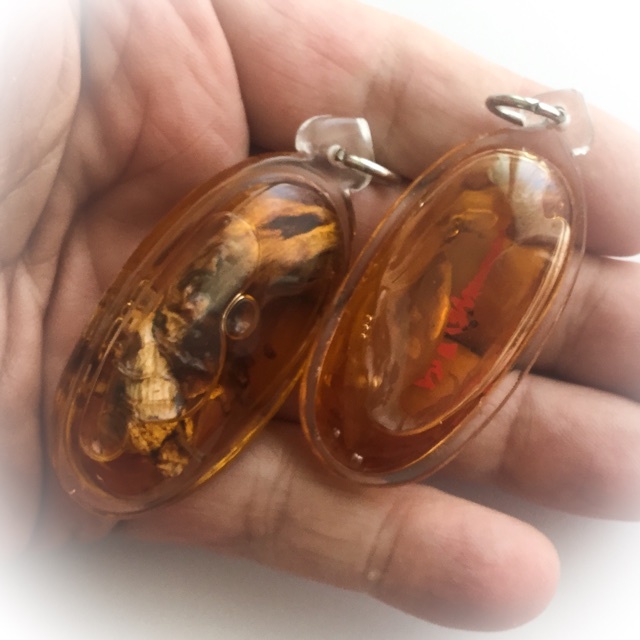 The Dork Tong Flower is Immersed in Sacred Oil, also containing Paya Wan Dork Tong Oil, and other powerful Ingredients for Maha Sanaeh, Maha Lap, and Metta Mahaniyom. Empowered with Enchantments using Ancient Khmer Incantations of Maha Sanaeh Sorcery, and the Special Mantras of the Ancient Grimoires of the 'Dtamra Saiyasart', for Empowerment of Magickal Herbs, Flowers, Woods and Plants. 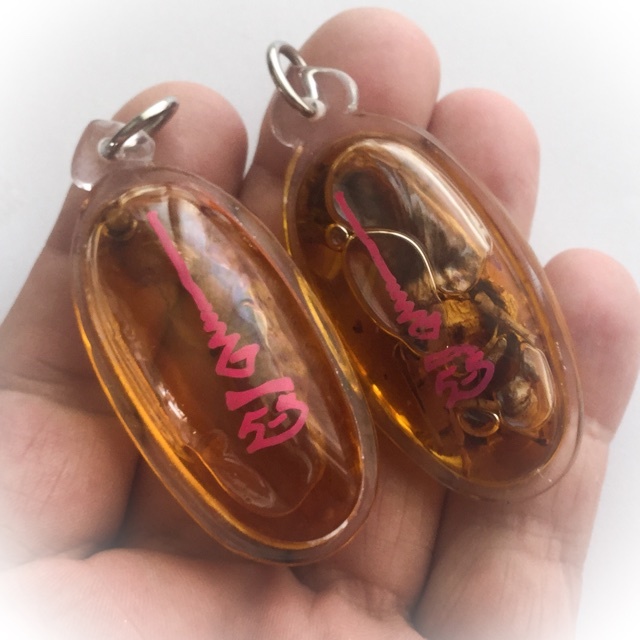 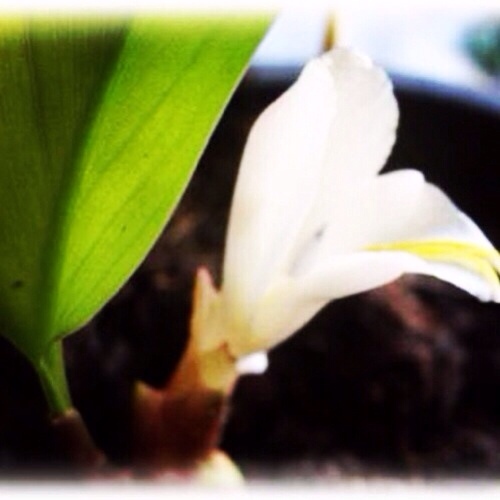 The Paya Wan Dork Tong is one of the most important ingredients used in the making of Muan Sarn Powders for Amulets, especially famously for its use in the Muan sarn of many Pra Khun Phaen amulets, and almost all true Maha Sanaeh amulets which use herbs, flowers or oils for their composition. Its flower blooms only once a year, with only one single flower appearing per plant. Its rarity is as great as its reputed power of Maha Sanaeh Seductive Charm as a Magickal Plant. 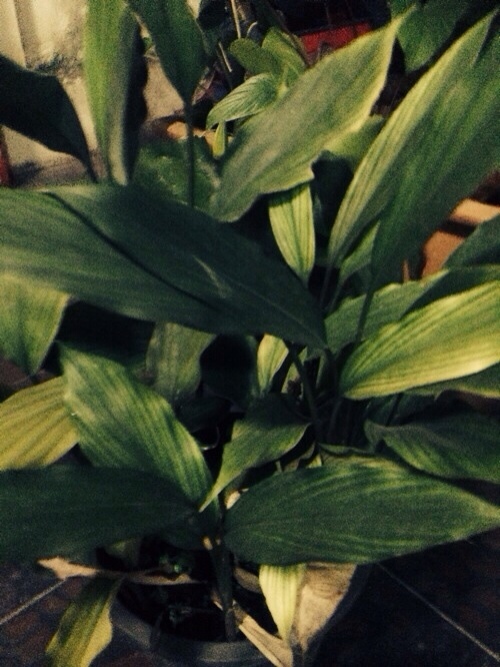 The leaves of the Paya Wan Dork Tong herb in themselves are seen as powerful ingredients for Maha Sanaeh amulets and Prai Oils, but it is the flower that is the crown of its creation, and which is believed to possess the ultimate Maha Sanaeh Magic within it. 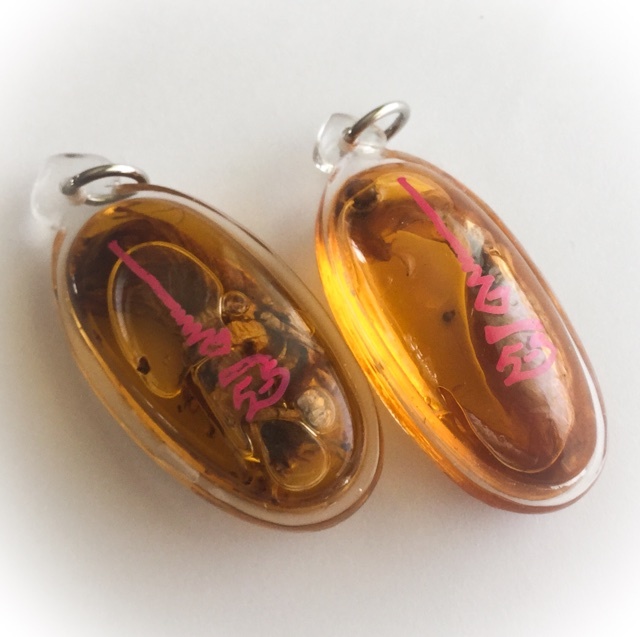 This is an Animist Charm and is based in Earth Magic, and the Summoning of the Devas of the Elementals of the Celestial Realms (Fairy Kingdom), who dwell within the forests of Earth as Tree Spirits and Elementals (Fairies). It is not necessary to carry the amulet above the waist. It can be carried on a waist cord, in the jacket or trouser pocket, or in your purse. You can wear it with you, or hang it in your car, or in your place of business, or even over your bed. 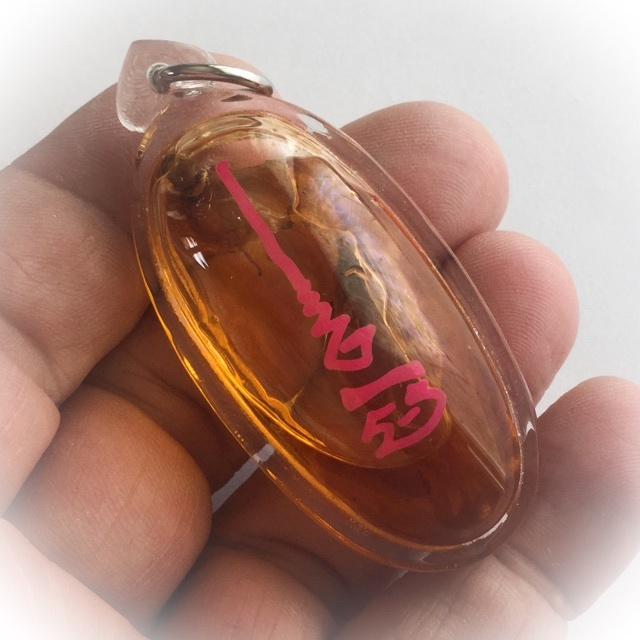 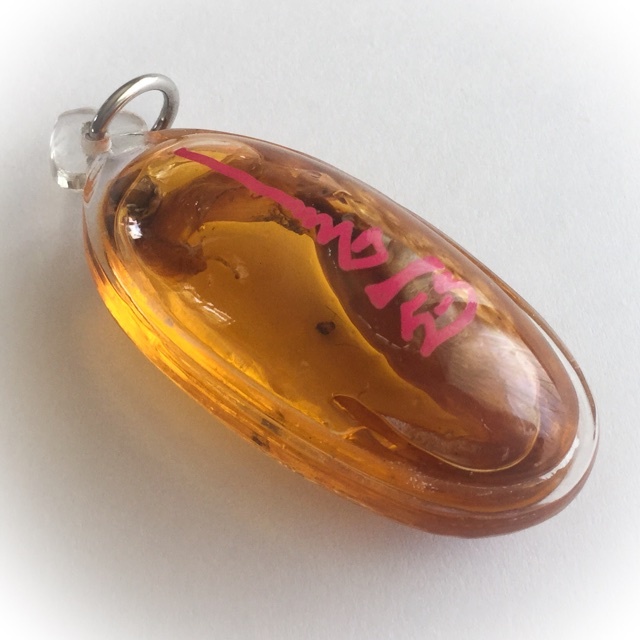 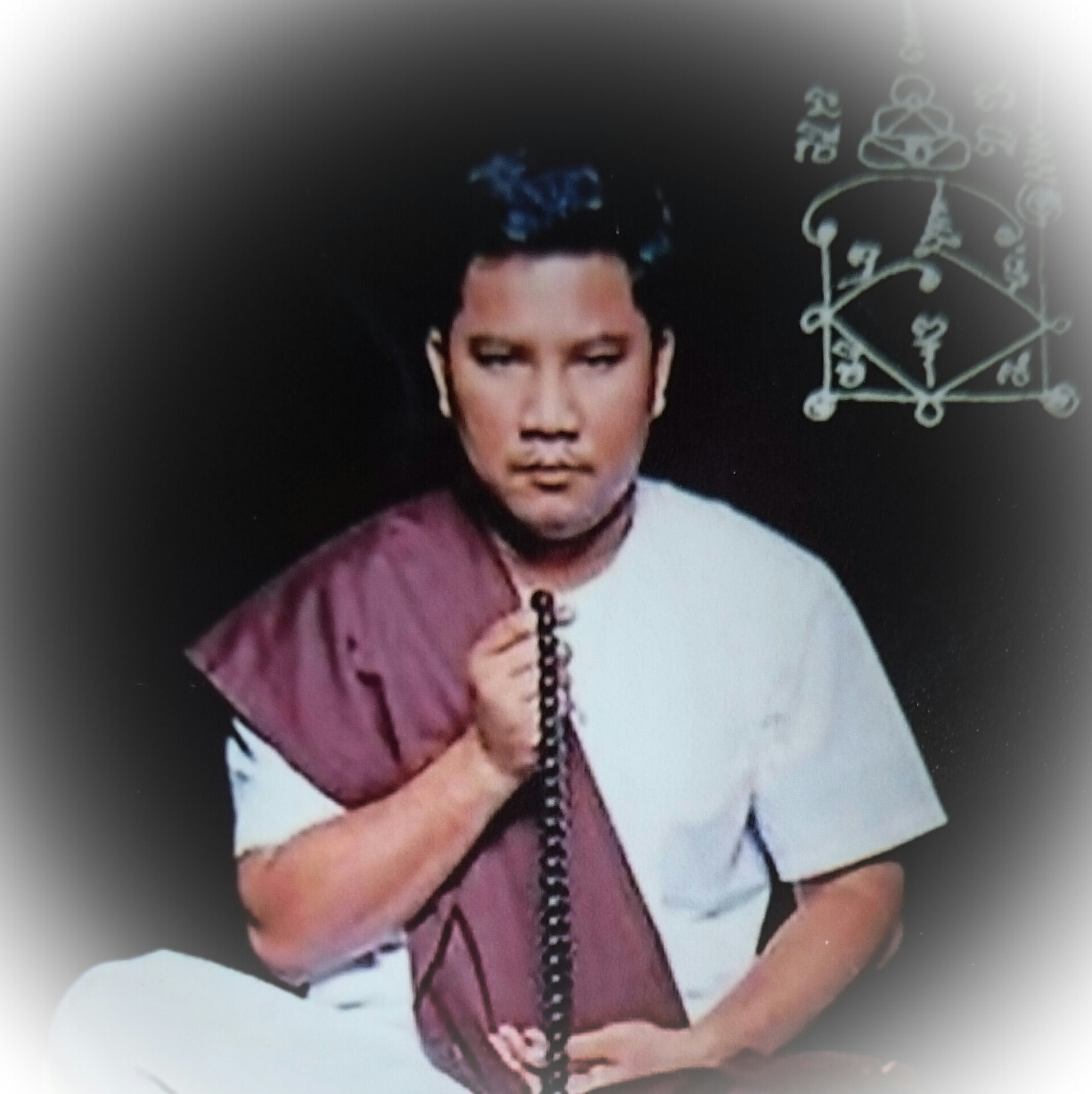 Ajarn Wirataep has Established himself as one of the top Lay Masters of Thai Occult in the last Decade, and stands his ground within the top ten Masters of Thailand, for his Wicha Riak Jidt Kumarn Tong, and Ability to call, communicate with and convince the spirits of the otherworld to commune and assist in the creation of powerful true Animist, and Necromantic occult amulets of the Master Class. 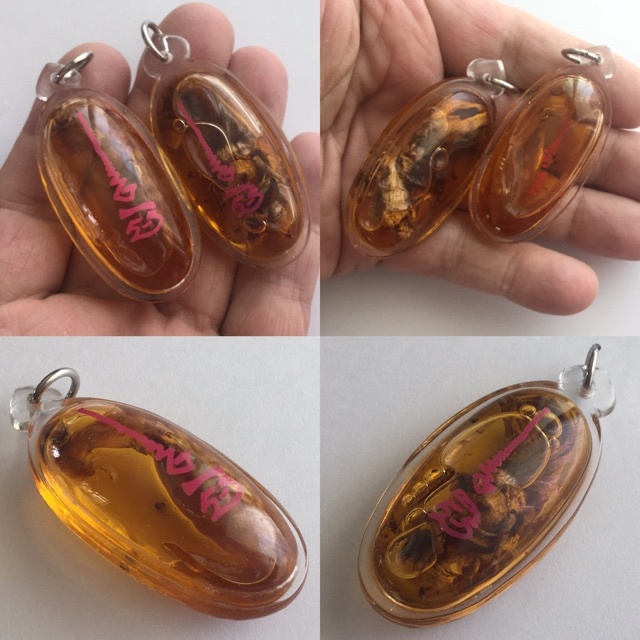