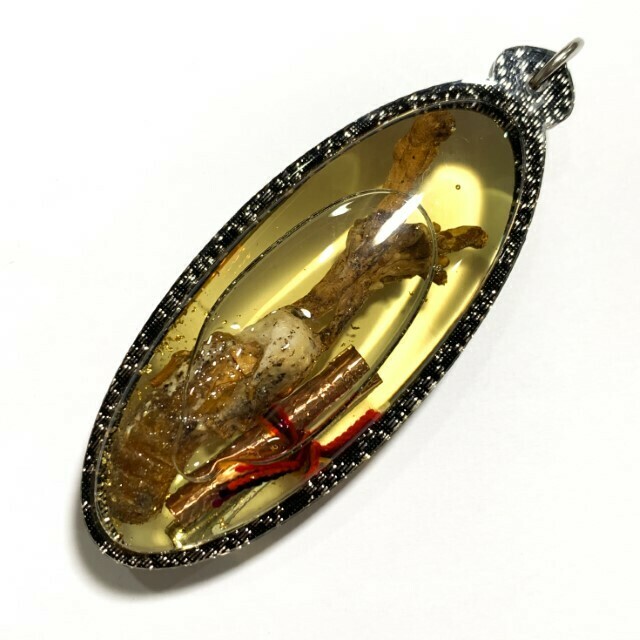 This Animist Charm for Wealth Increase and Gambling Luck from Reclusive and Secretive Aged Forest Lay Sorceror Ta Poon, is, composed of a Cordyeps Cicada bound with Sorcery Spells using Daay Akom (Magical Cords), bound around the Paya Wan Jakkajan, empowered with Incantations, and 2 Takrut Spells,. This is the first edition of Paya Wan Jakkajan made by Ta Poon. 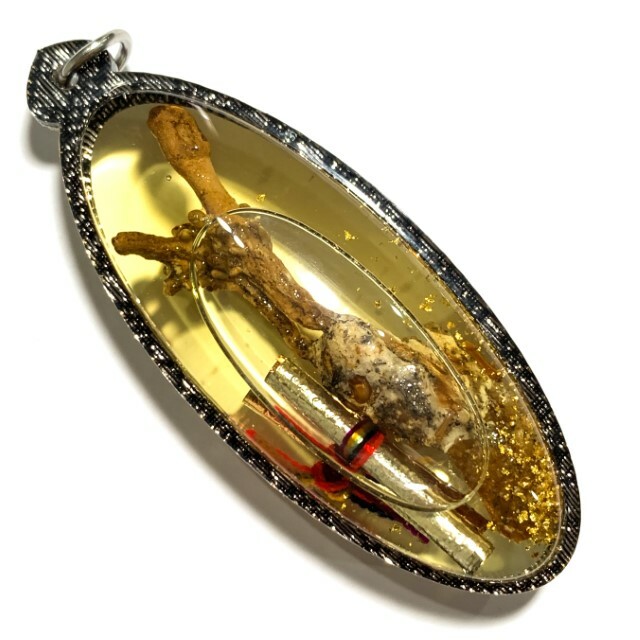 The Paya Wan Jakkajan Taep Rae Rai, isalso is a naturally sorcerous item which possesses powerful Maha Pokasap and Metta magic even without empowerment from a Sorceror. The Paya Wan Jakkajan, otherwise known as the 'Taep Rae Rai' (Deva of the Farm Fields), is a sacred cordyceps cicada, which is transformed into a symbiosis of an insect and a plant. 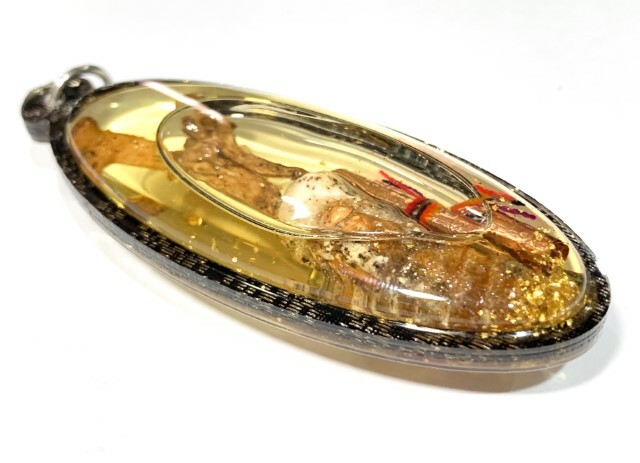 It is Ancient Belief in Thailand, that the one who possesses the Taep Rae Rai Paya Wan Jakajan, will be able to attract wealth and possessions with incredible ease, have great Luck Increase, and attract promotion in the Professional and Social status. A perfect Cashflow is constantly available. Illnesses are said to be kept at a distance. 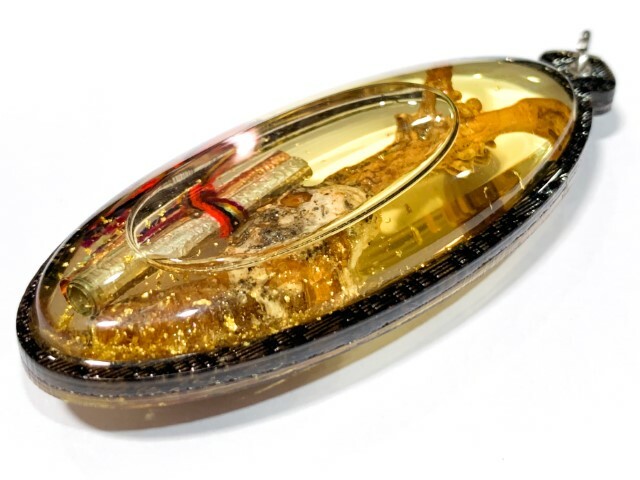 Fame and Fortune comes easily, friends flock to the owner of the Paya Wan Jakkajan. The Wan Jakajan is even known by science to have healing properties, which is also part of its magical effect on the person who carries it, to help maintain health. 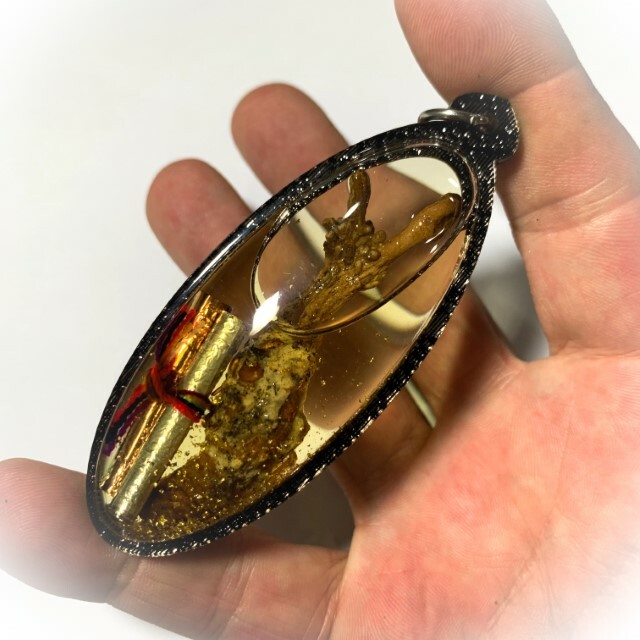 Ta Poon performed special extra empowerment of the Maha Jinda Manee Montr Wicha, and invocations of the Wicha Sariga within the Takrut spell, for Increased Mercy Charm, for Metta Maha Niyom, and Kaa Khay powers, to increase sales for those who wish to use the Paya Wan Jakkajan Taep Rae Rai for Business Purposes. 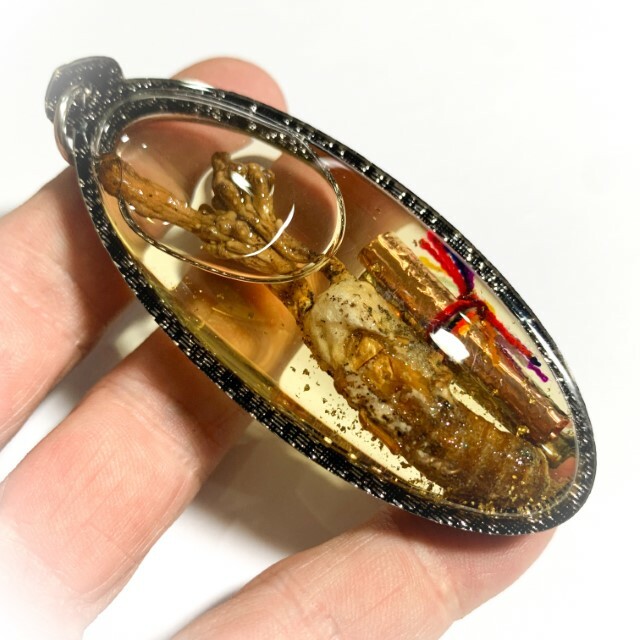 This Animist amulet is a form of High Necromancy, which invokes Metta Mahaniyom and Maha Pokasap Magickal influence. The power within the sacred Prai Oils, has a very strong attractive power to attract the Merciful Metta of those who pass by, who do not notice, due to its pheromonic camouflage.

The Paya Wan Jakkajan Taep Rae Rai, Sacred Cordyceps Cicada, was empowered along with some Dueay Ngu Hlueam Python Spurs also in Prai Oil with Takrut. The Paya Wan Jakkajan Sacred Cordyceps Cicada, along with the Dueay Ngu Hlueam Python Spur, are perhaps one of the most highly favored Mercy Charms of Professional Gamblers, Bankers, and those who like to gather and hoard their resources, as well as those who already have wealth, and wish to retain it, or prevent it from flowing away back into the system. Bosses dont complain or punish so much, those who were unfriendly become firendly and helpful, and those who already greeted shyly, become very friendly and kind companions. 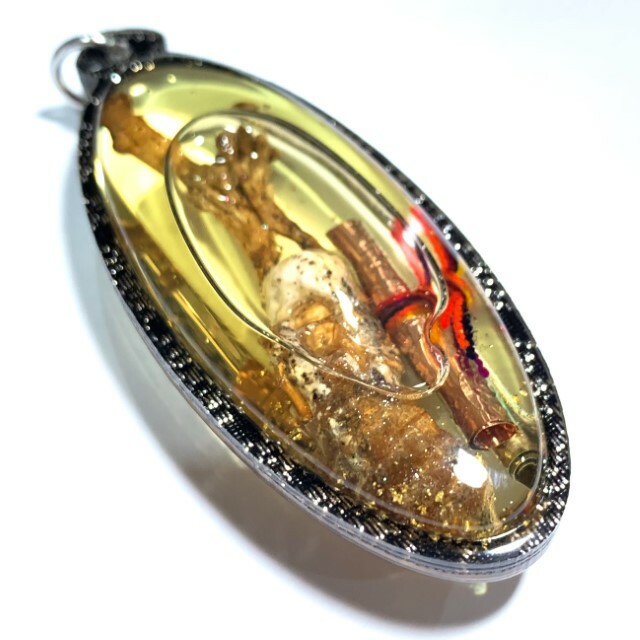 Ta Poon is an aging Karavasa Lay Sorceror, who fled to live in the Forest, and renounced the world to practice Dhamma and Meditation, without the distractions and pointless activities of the world, in order to enhance and perfect his practice, and who refuses to allow his practice to be disturbed by the ways of the world. Once in a while however, he accepts the request to bless and empower amulets for those devotees who have experienced the power of his special ability to empower amulets with immensely lucky fortune bringing Magick. 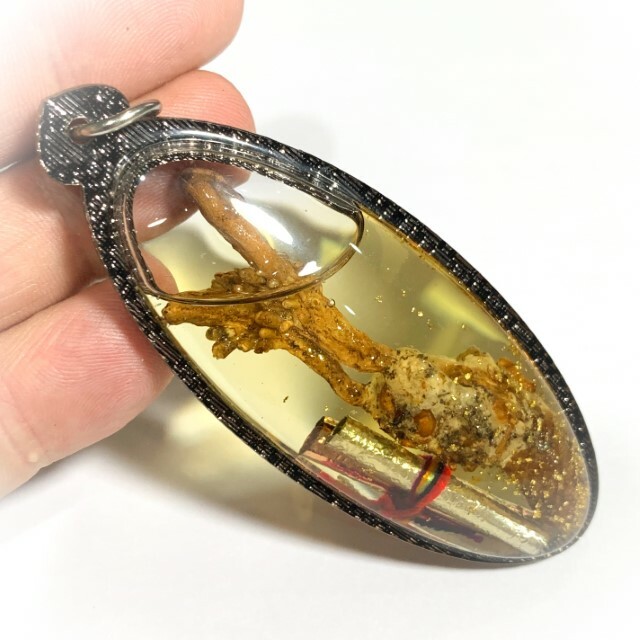 His identity is truly a Mystery, and nobody has yet been able to make a photo to document his appearance and reveal his identity, nor to publicize his true exact whereabouts. There are only a very small number of close devotees who are trusted not to ruin his practice and never reveal his exact whereabouts, and it is these trusted devotees, who are able to allow us to receive special amulets empowered by thie Master of self control who refuses to be tempted by the ways of the world. They are allowed on occasion, to enter into the forest and beseech Ta Poon to deliver his powers and blessings over Sacred Amulets. 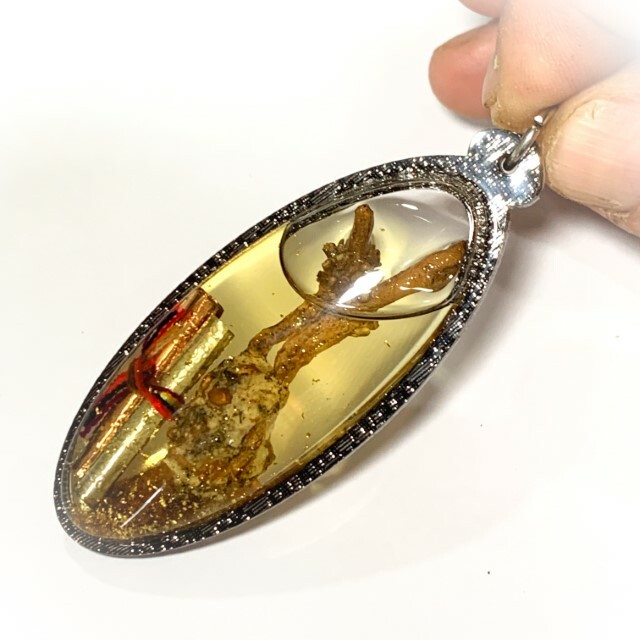 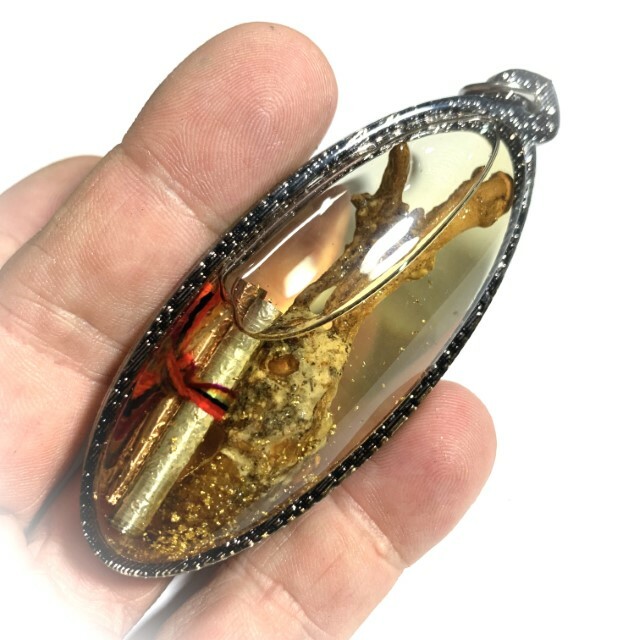 (Close Your Eyes and Picture a treasure Pile of Wealth and Resources, and a never ending stream of wonderful possessions and auspiciuous blessings flowing to you). 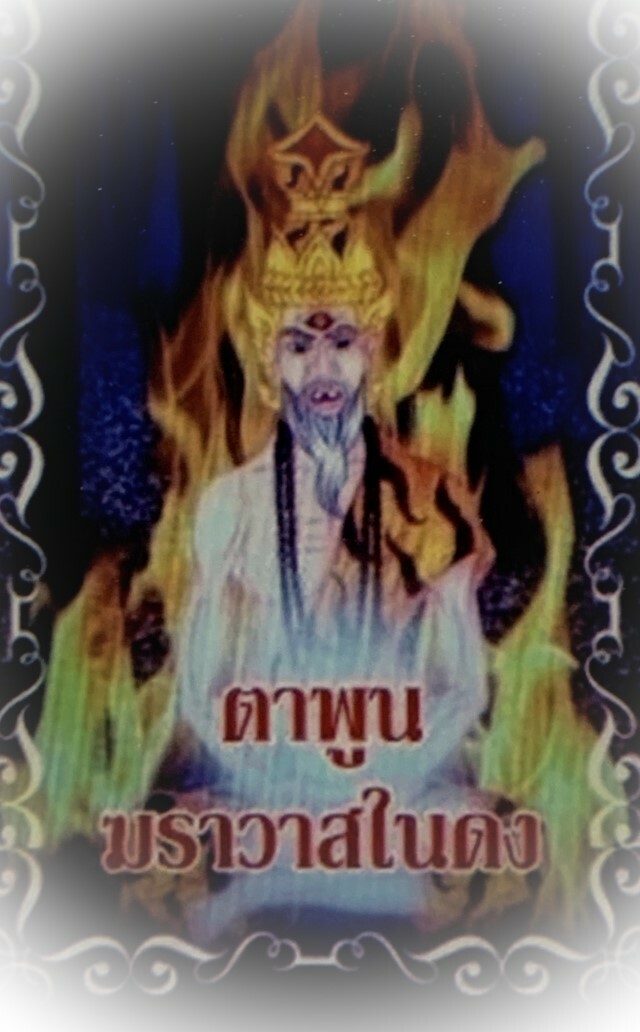 Sound Tutorial for Kata Paya Wan Jakkajan by Ajarn Spencer Littlewood, is included for download and immediately available in the 'files' tab of your account after successful purchase of this item. 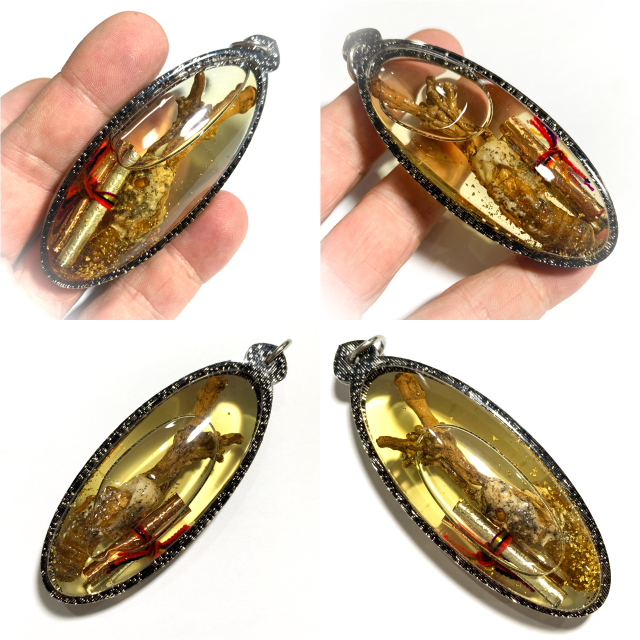