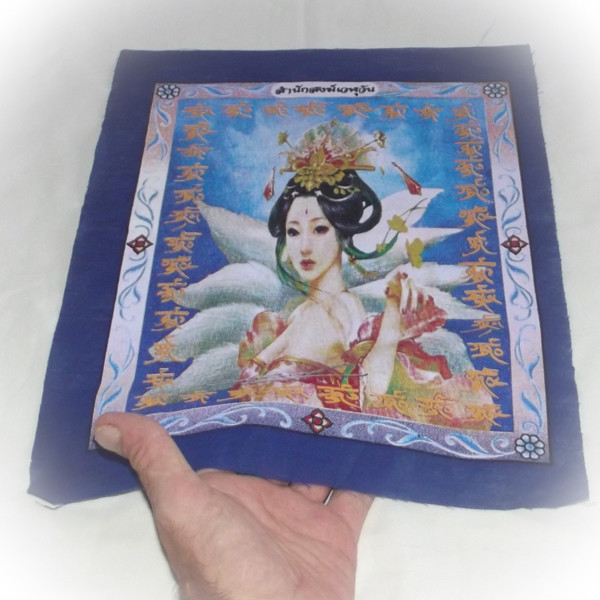 Kroo Ba Krissana has released a series of Pa Yant sacred enchanted cloths to accompany his 60th birthday edition amulets. These Pa Yant are not released directly with the edition but are instead a special rare release to only those with a direct link toyellow Kroo Ba Krissana and his Samnak, thus making them a very hard to get item. Very few of these Pa Yant were made and are in extremely limited quantity. These Pha Yant have turned out to be especially popular not only with heterosexuals, but immensely so also with Ladies, and with the Gay Community. 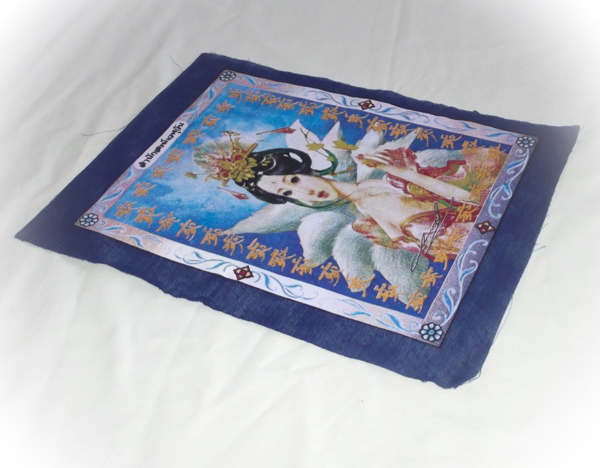 This highly stylized Pa Yant sacred cloth features an intricate portrait of the 'Jing Jork' 9 Talied Fox Demoness enchantress. It is framed with sacred angelic script (Taewa Nakrii), or in the case of some Pha Yant, Chinese Script. 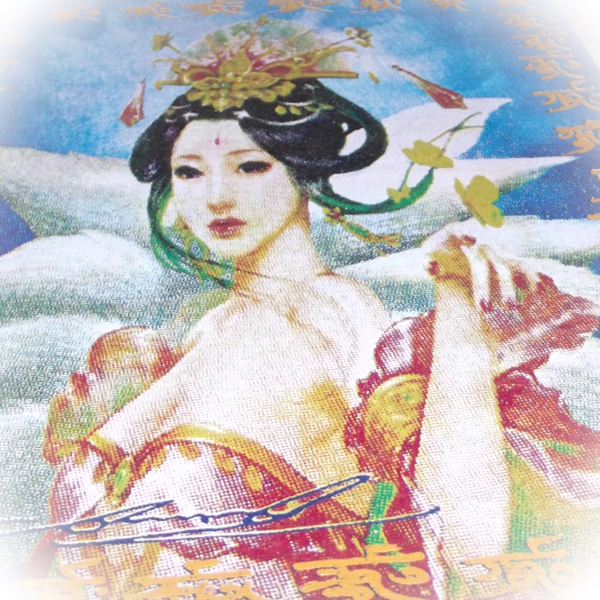 Taewa Nakrii is a Magical Version of the Sanskrit based Script from Vedic tradition (Devanaghiri) for which Kroo Ba Krissana Intawanno has become imensely famous for. 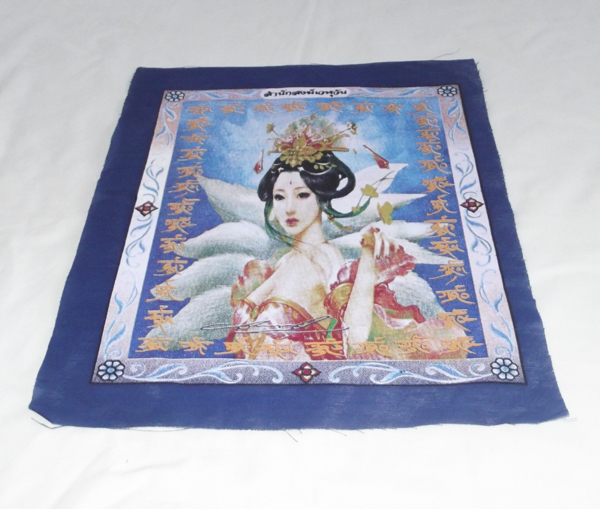 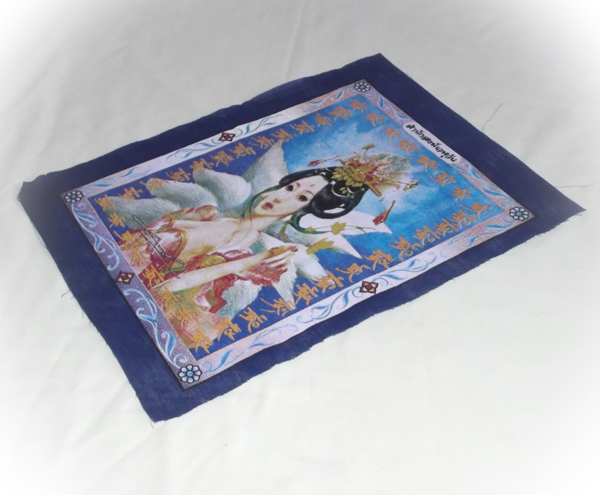 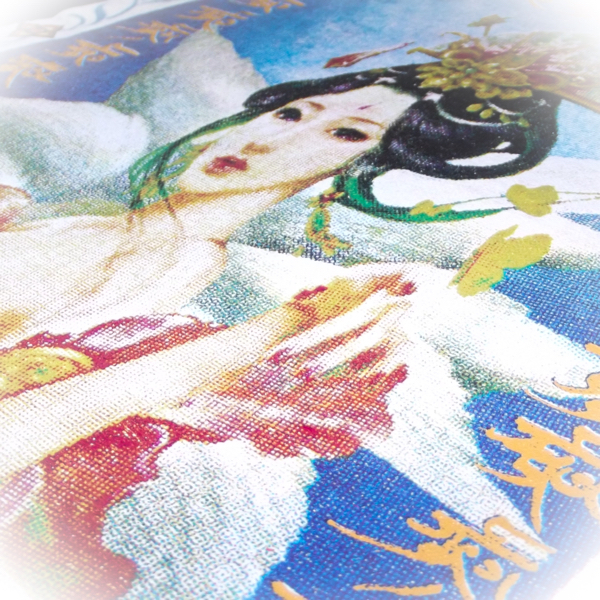 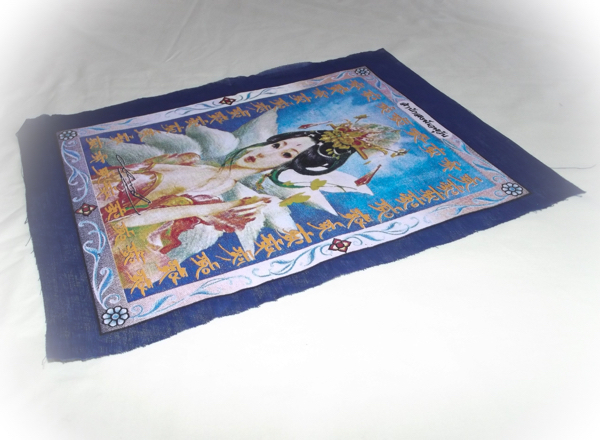 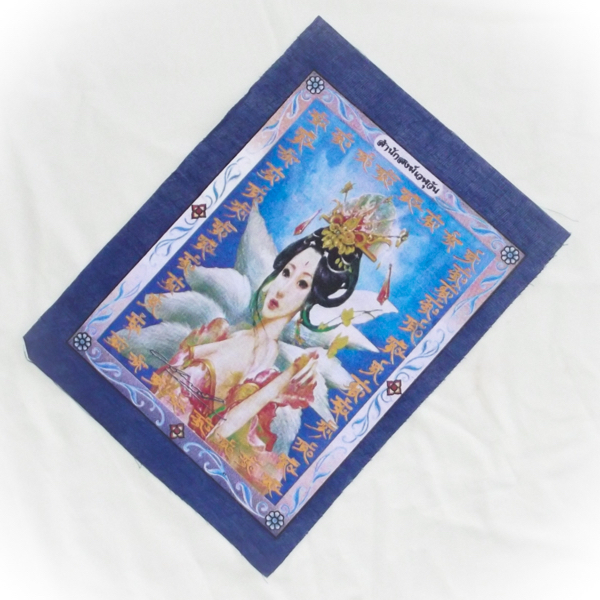