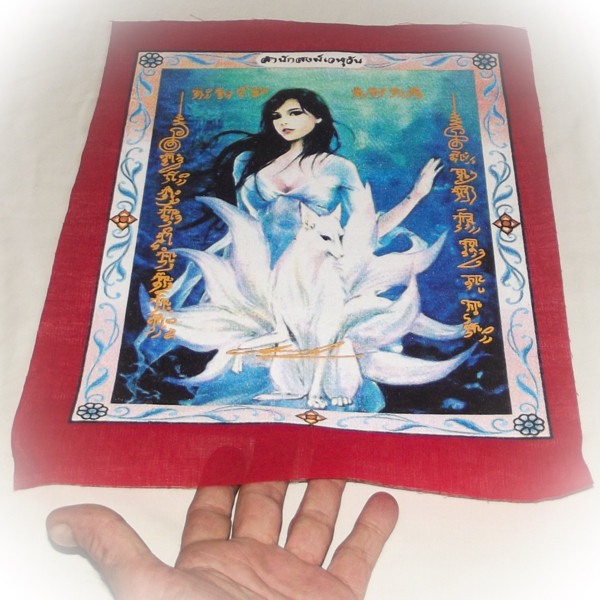 Kroo Ba Krissana has released a series of Pa Yant sacred enchanted cloths to accompany his 60th birthday edition amulets. These Pa Yant are not released directly with the edition but are instead a special rare release to only those with a direct link toyellow Kroo Ba Krissana and his Samnak, thus making them a very hard to get item. Very few of these Pa Yant were made and are in extremely limited quantity. Thus amulet has turned out to be especially popular not only with heterosexuals, but immensely so also with the Gay Community. 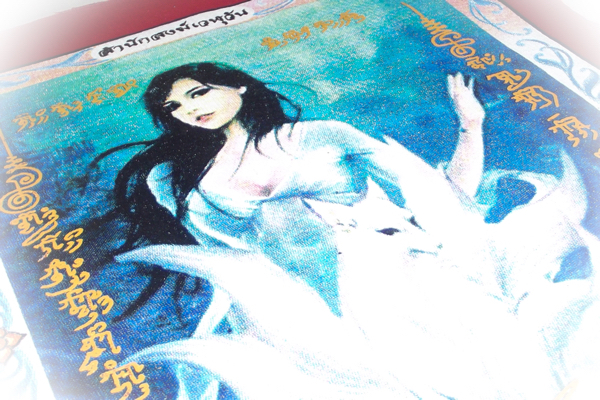 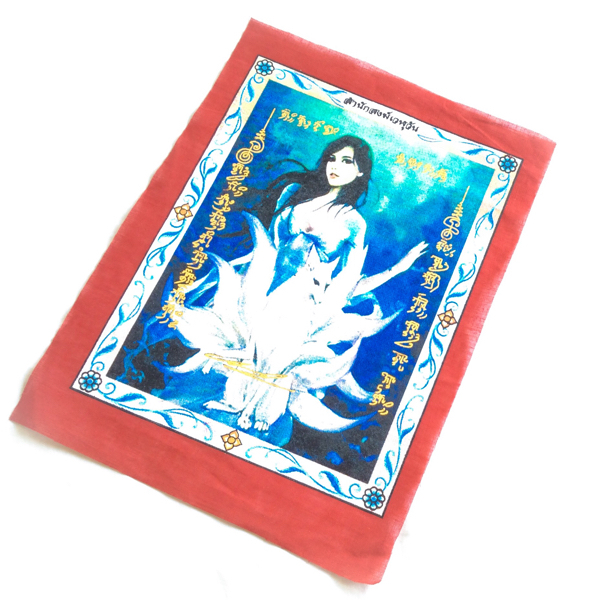 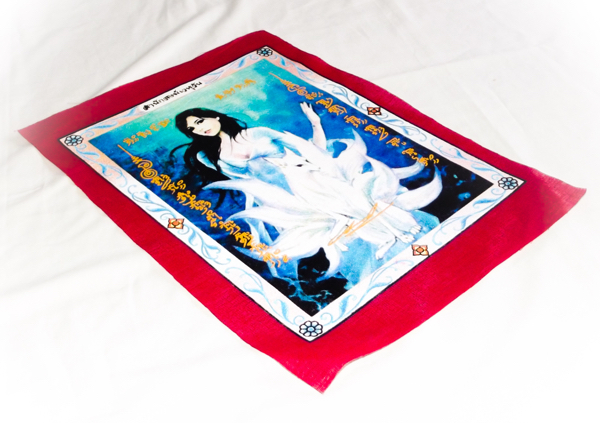 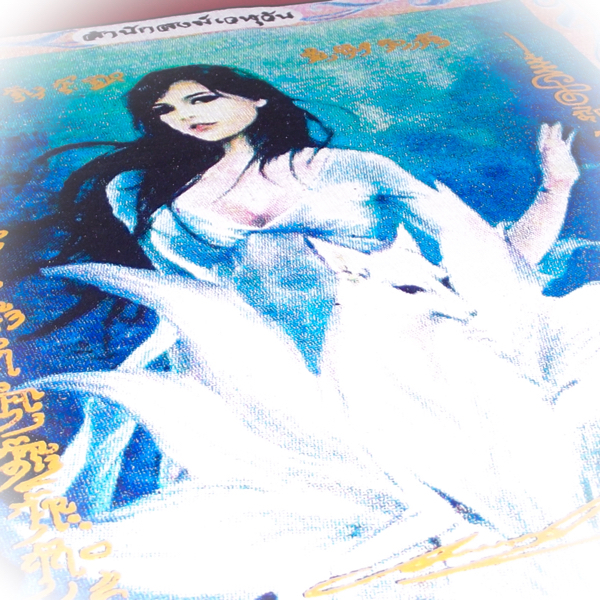 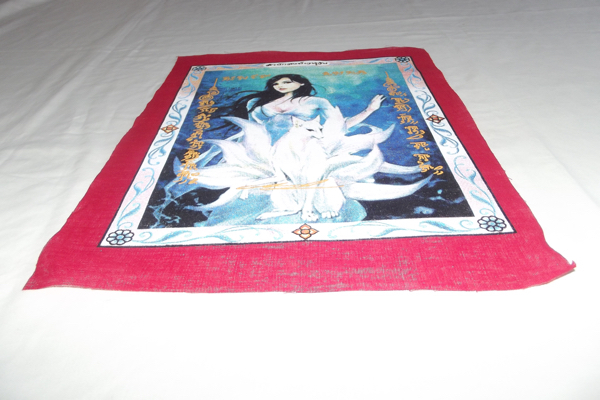 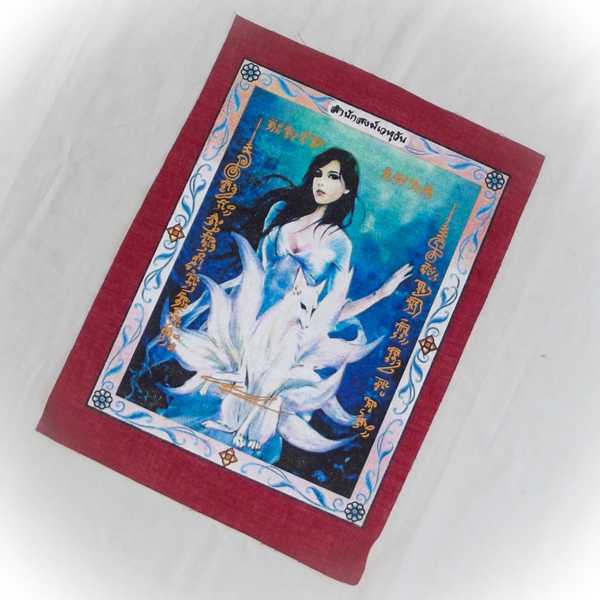 The Nine Tails Fox is an Impeccable Defense against Black Magic with her Hian prai Psychic Powers and here Willingness to make Displays of her Powers. This is One reason why this Prai Deva is considered so effective, because she is so ‘Hian’ (in Psychic Fury), that she will need little coaxing to teach a lesson to anyone who sends any evil eye magic, curses or Spirit assistants to Harm You.