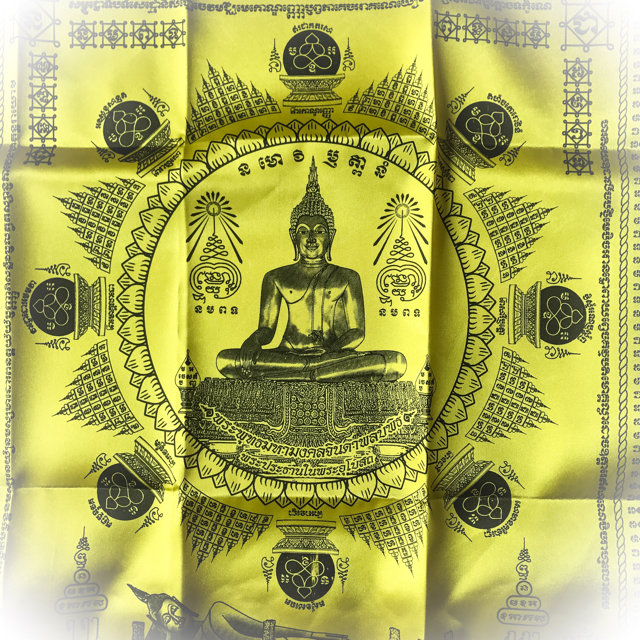 The Pra Putta Mongkok statue is one of two statues of National Religious Importance at Wat Inta Pramool, the other being the 'Pra Norn' Saiyasana Buddha in reclining position, the 2nd largest in Thailand. Both images are featured in the Pha Yant. The central Buddha Image of Pra Putta Mongkol, is surrounded by an eight directional Yantra with eight Look Nimit Arahant Balls and eight Yant Gao Yord Nine Peaks Yantra. Each Look Nimit Arahant Ball is inscribed with a Yant Ongk Pra facing in each direction. 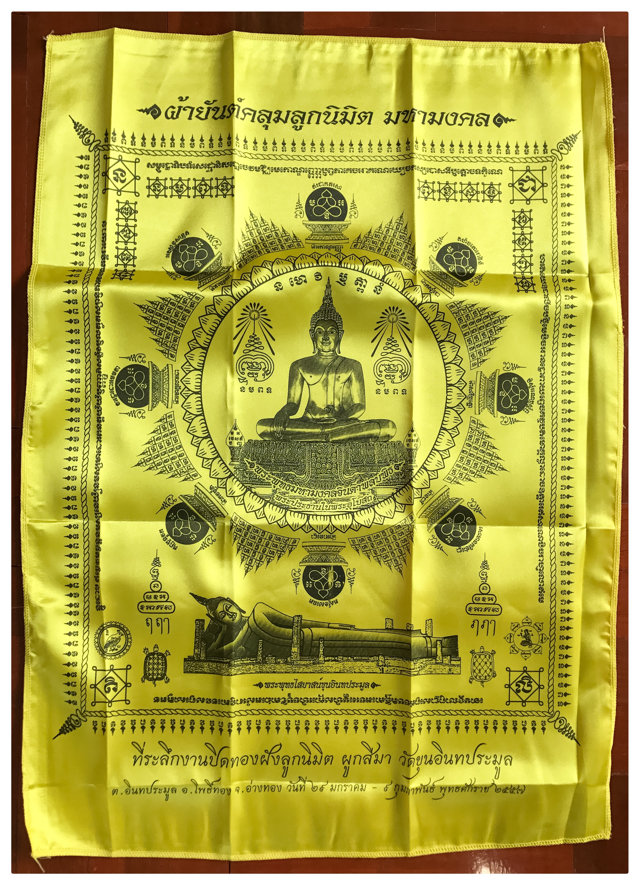 The Pha Yant were Released in 2557 BE, in the 'Ngaan Pid Tong Look Nimit Putta Sima' ceremony to paste gold on the 8 Look Nimit Arahant Balls, which always reside below the Uposatha Shrinerooms of Buddhist temples in Thailand, and which receive a gold leaf pasting Ceremony every year. The Pha Yant also simultaneously celebrated the installation of the Putta Sima Temple Boundary marker`. 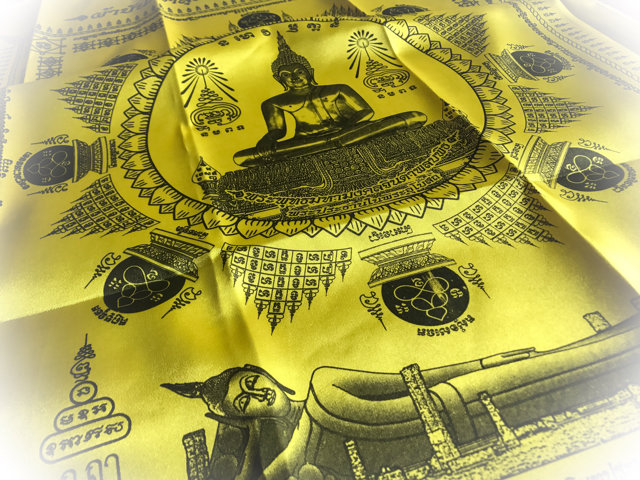 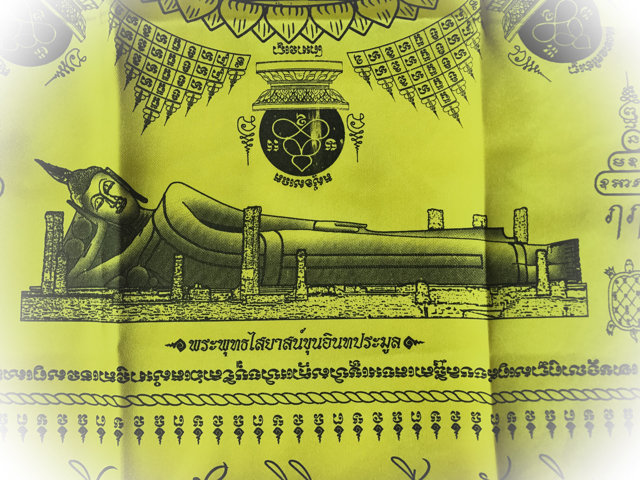 The temple of Wat Inta Pramoon has the Historically Famous Giant Saiyasana Buddha (sleeping Buddha) statue. The temple was built sometime around the Sukhothai Era, the Saiyasana Buddha statue measures 40 Meters, making it the second largest reclining Buddha statue in Thailand, after the statue at Wat Bang Plee Yai in Bangkok, which is the largest. 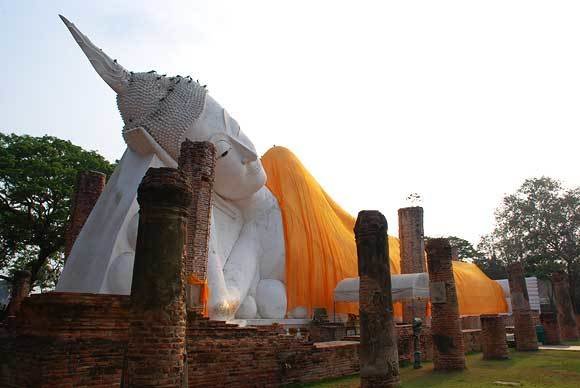 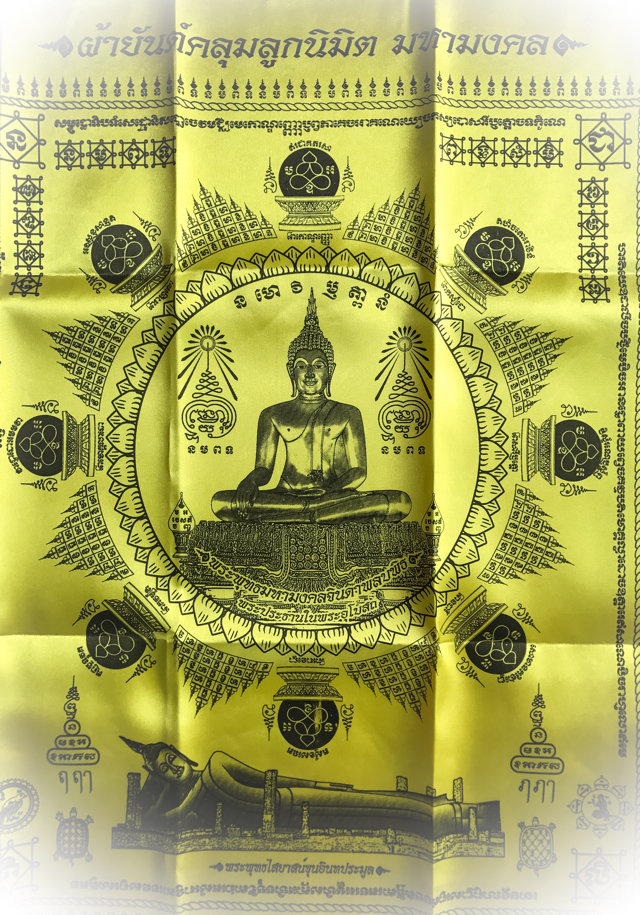 The reclining Buddha of Wat Intra Prmaoon was originally contained within a Vihara Building, which burned down in a fire during olden days, leaving the Buddha statue open to the sun and rain for centuries. The statue is styled in very similar fashion to the 'Pra Non Jakr See' statue in Singhburi, and it is assumed both statues were created at the same time in the past. The temple of Want Inta Pamoon has been visited by various members of the Monarchy throughout the generations, including his Majesty rama 5, and His Majesty Rama 9 on various occasions. 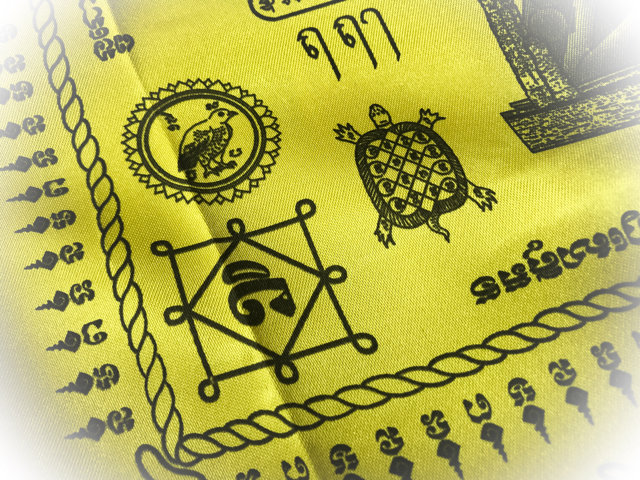 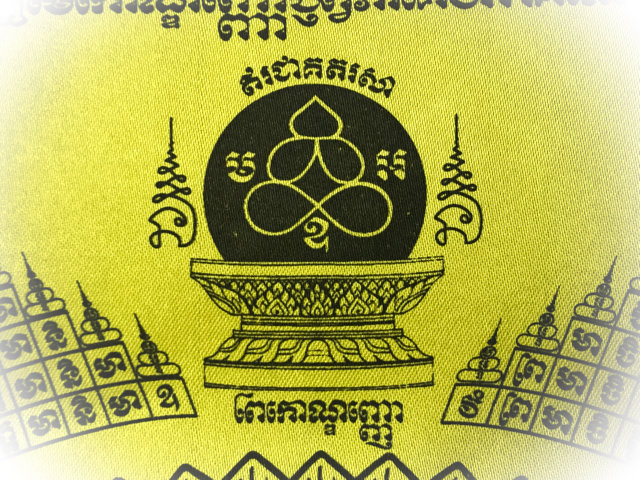 Buddhist Kata for Praying to Amulets

Make a Wish/Prayer, and continue with; 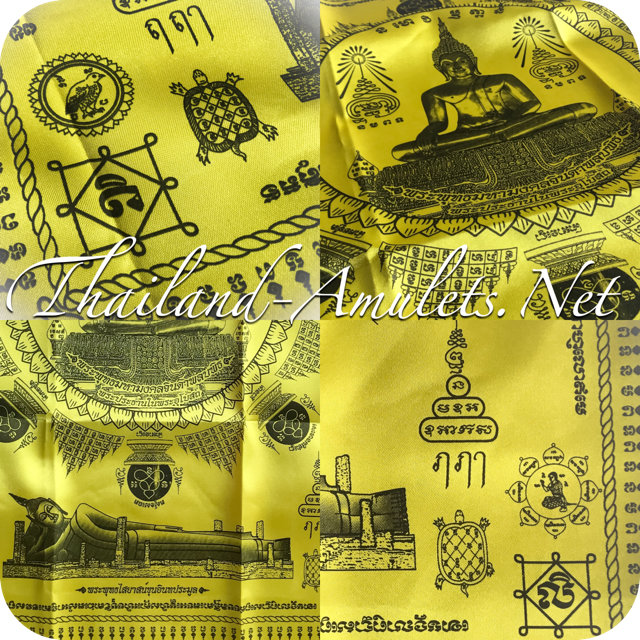