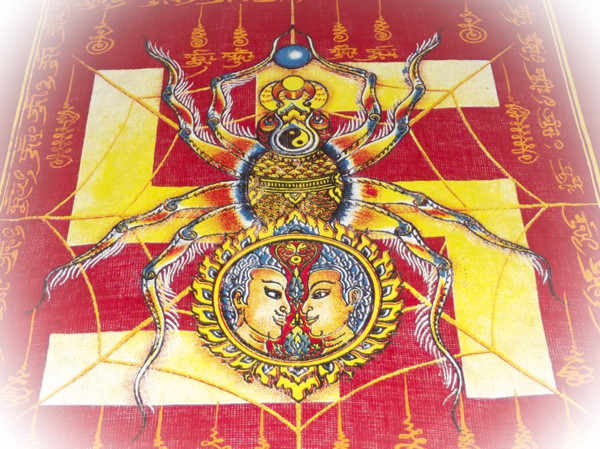 Kroo Ba Krissana has released a series of Pha Yant sacred enchanted cloths to accompany his 60th birthday edition amulets. These Pa Yant are not released directly with the edition but are instead a special rare release to only those with a direct link to Kroo Ba Krissana and his Samnak, thus making them a very hard to get item. Very few of these Pa Yant were made and are in limited quantity. This edition of amulets and Pha Yant has turned out to be especially popular not only with heterosexuals, but immensely so also with the Gay Community. 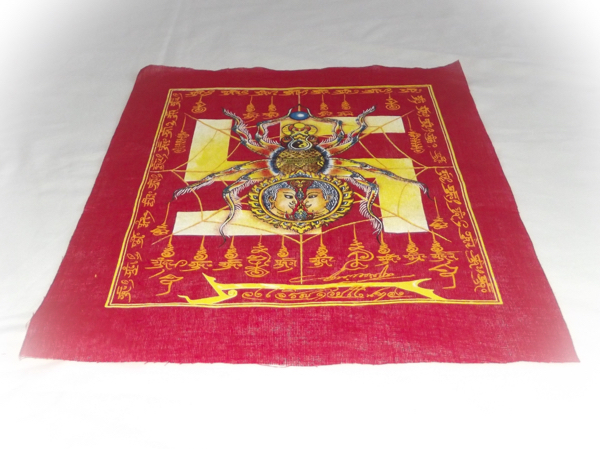 This Pha Yant by Kroo Ba Krissana features his familiar 'Maeng Mum' Money and Wealth Cathching Spider. Within the spiders body a portrait of the infamous 'Taep Jamlaeng' Butterfly King Deity resides. In the background, the spider is silhouetted by the Swastika, symbol of 'Pra Prohm' Brahma Hindu deity. The swastika, in asia not only represents Brahma, but also wealth, luck, natural order, liberation and desire. The entire image is framed with sacred Devangari script and Na Yant. 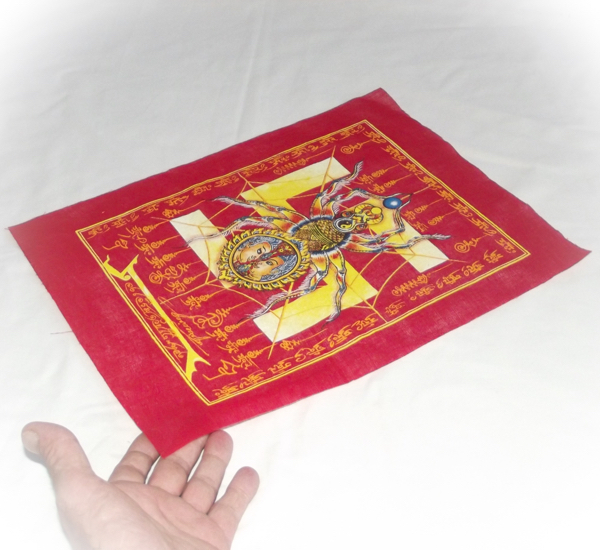 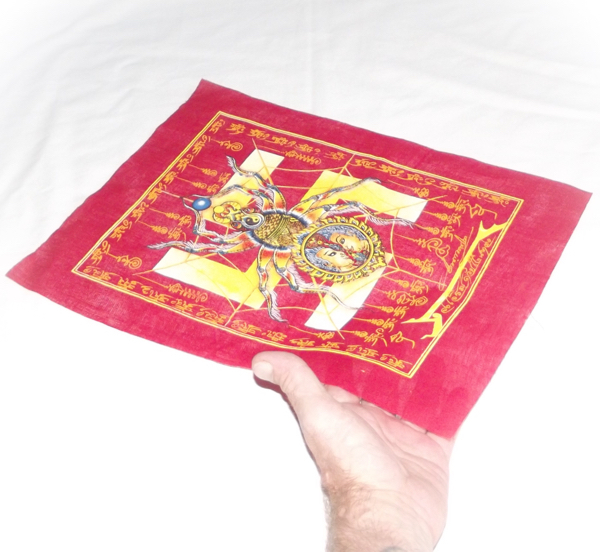 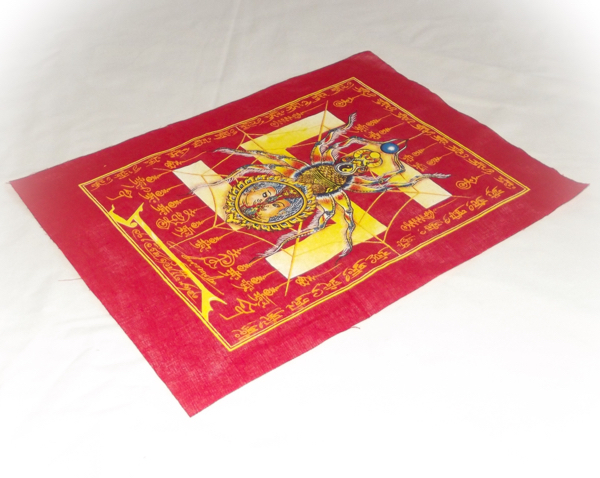 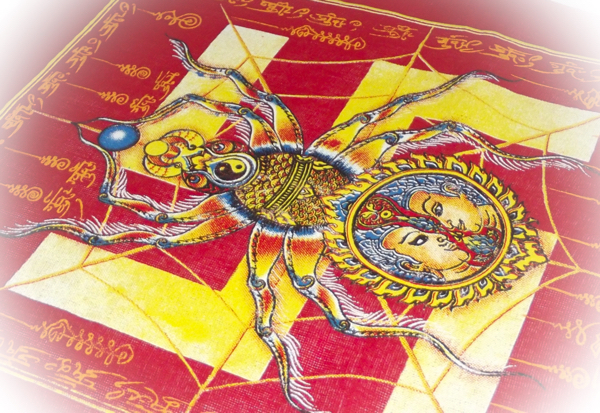 The edges of the Yantra cloth are inscribed with 'Taewa Nakrii' script (Devanaghiri based), Unalome and 'Sacred Na'. 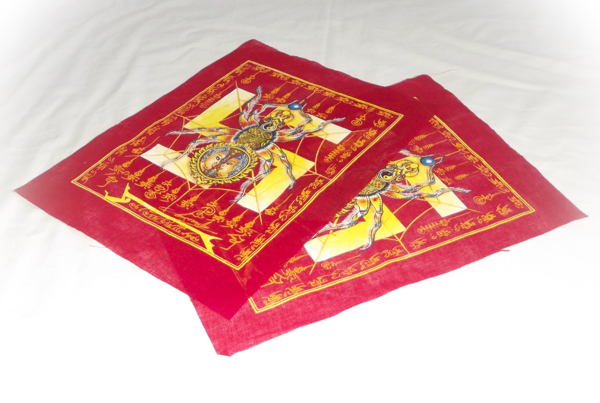