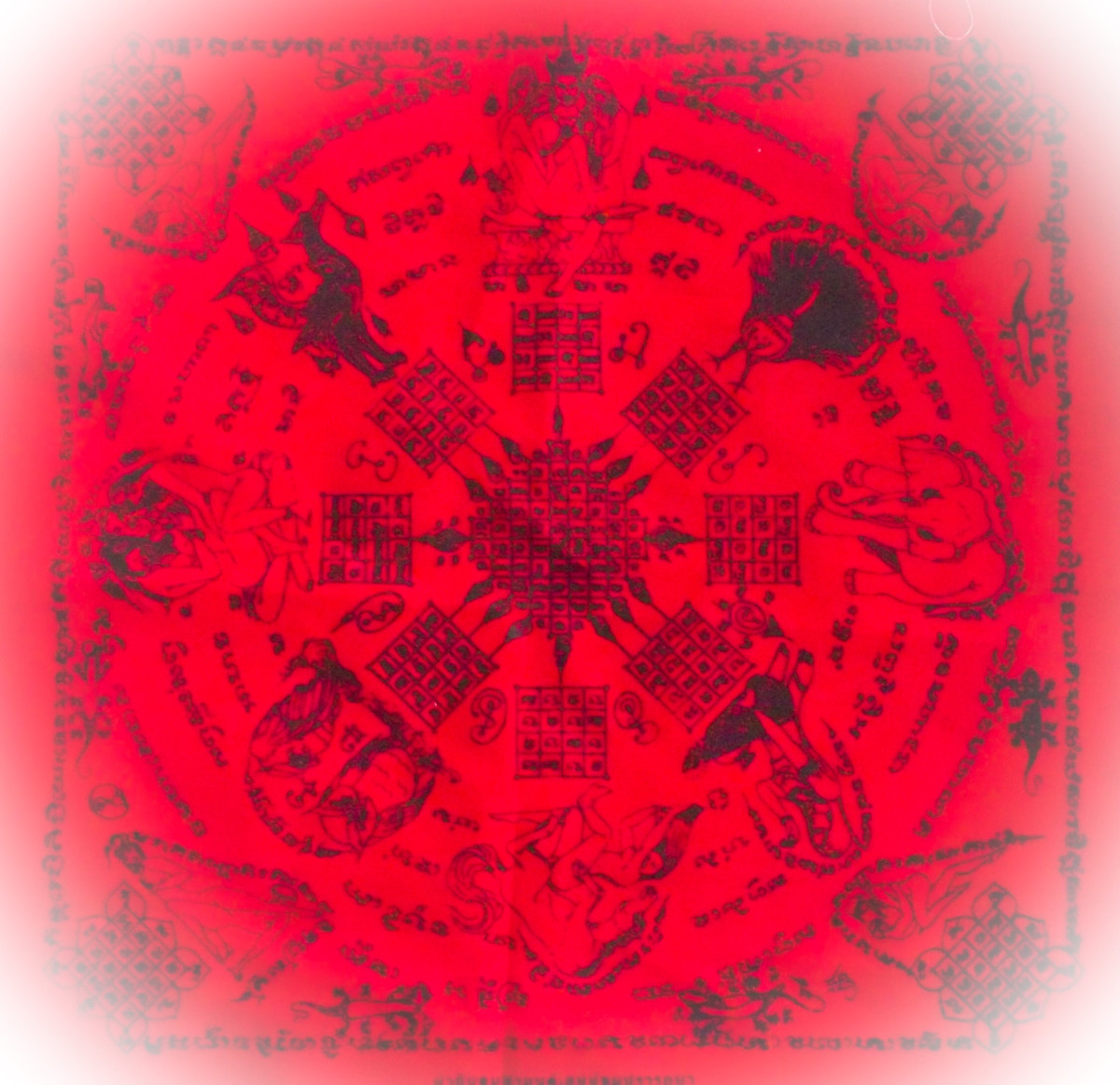 Now extremely difficult to find Animist Yantra cloth in 199 only limited edition from 2554 BE. Collectors' item, and considered by those who own one to be an extremely powerful maha Sanaeh and Mercy charm, both for Bucha worship on the wall, or as a carried amulet in the pocket.

This was the first time ever, in 2554 BE, that Luang Phu makes a Pha Yant to continue the Lineage Sorcery Wicha and preserve its existence, and knowledge of its existence by the General Public and Devotees. He has unified and combined a massive collection of different Sacred geometry designs, and a large number of different magical spells and formulas contained within this sacred Pha Yant.

We can consider this is not only a powerful magic spell to cover all areas of life improvement, but also, it is an extremely valuable collection of rare animist and Buddhist Sacred geometry designs, and Lesser known Deities and Prai Devas.

Only 199 of the sacred cloths were made, making this an extremely rare edition which is going to be extremely difficult to obtain in the future because only 199 owners will be in possession of these Pha Yant, on the whole planet. The cloth is made from high quality linen, and is of top quality silkscreen print, which is also very well made and built to last. 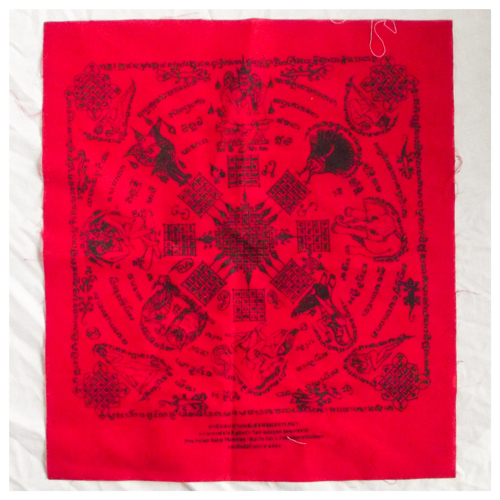 This should be a classic Sacred Yantra Foil for serious collectors of this Genre, as well as a comprehensive collection of individual and rare Animist Sorcery spells and Sacred Geometry designs whic are indeed in great danger of becoming forgotten and lost to the present Era. 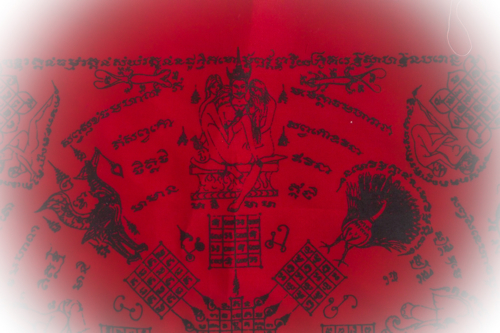 Above; Paya Khao Kam, potent Maha Sanaeh Kama Sutra attraction spell of Animist Origin, is one of the many spells to be invoked and inscribed upon the Pha Yant. 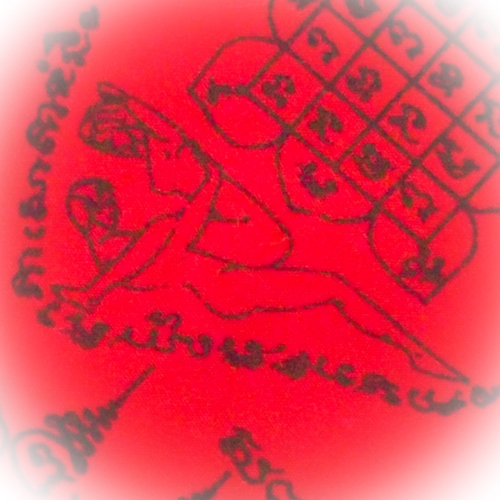 In Koo Prai Devas can be seen either side, with Himapant Animal Deities below each In Koo Deva pair, a Hongsa to the left, and a Nok Yung Tong (Golden Peacock) to the right. Above Paya Khao Kam, who is embracing two maidens sittiing on his dais, are Jing Jork Maha Sanaeh Geckos. 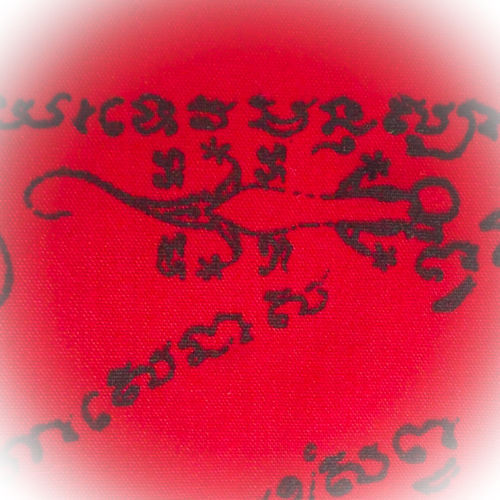 Hence, this particular small edition, has been made for preservation purposes only, and this is the maiin reason why only 200 were made. It was not a fundraising activity, as much as it was an act of preservation of Ancient Wicha of Luang Phu Rit, and Luang Phu Sawads lineage masters, and also a Preservation of Thai Lanna Cultural/Magical Arts. 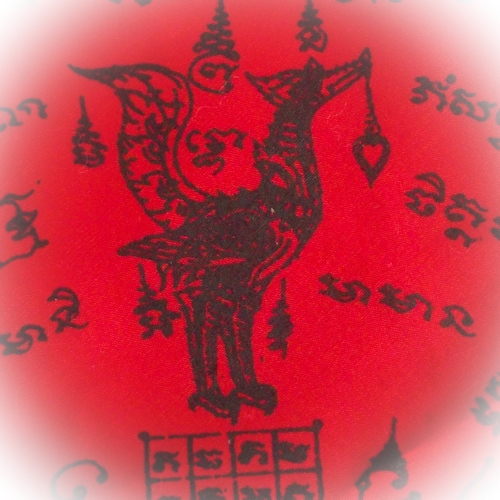 this particular Yantra cloth, is in preservation of the famous Pha Yant of Northern master Luang Phu Rit. The invocation of each and every single Deity, and of the heart mantras were perfomed over a long time by Luang Phu Sawad, to invoke the magic within every single Sacred Agkhara letter of the Lanna Magical Alphabet. 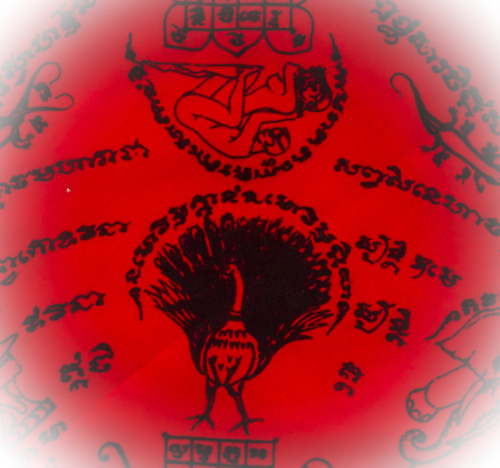 The artistic interpretations have been given the highest level of detail possible, and given the utmost effort to portray them in a highly artistic manner. For indeed, when sacred images are portrayed in the most beautiful way possible the inspiration which the devotee receives, is capable of increasing the power of transmission of magic, simply through faith and through rapture. 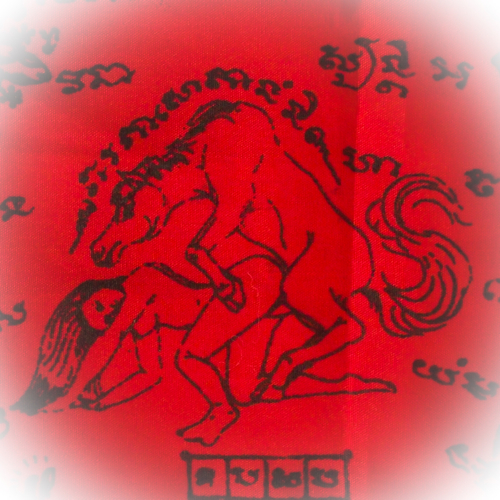 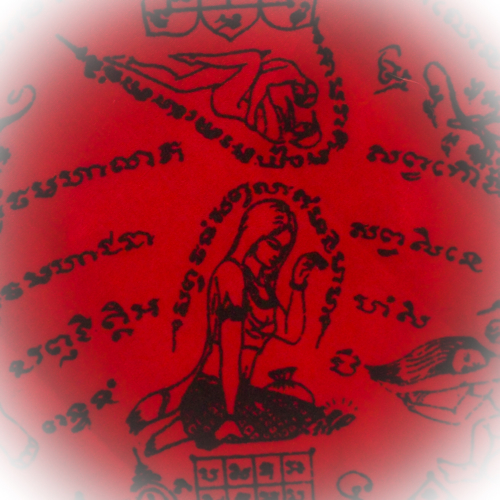 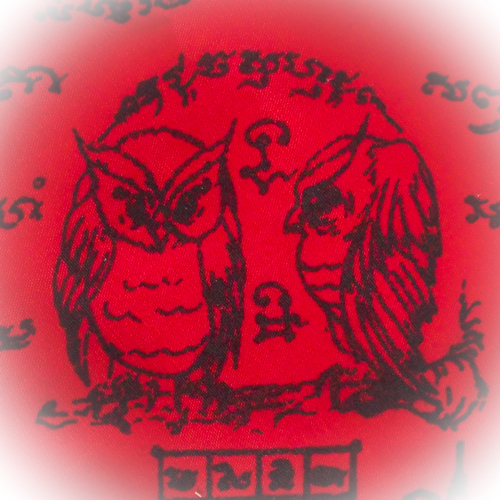 The list continues, with the addition of a host of Sacred Yantra and Incantations filling the areas of the cloth between the major Deities and Prai Devas and Animist Gods. 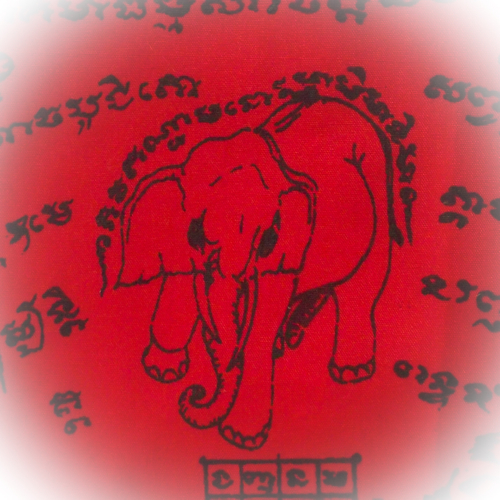 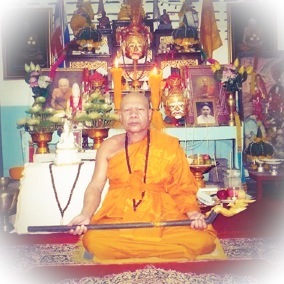 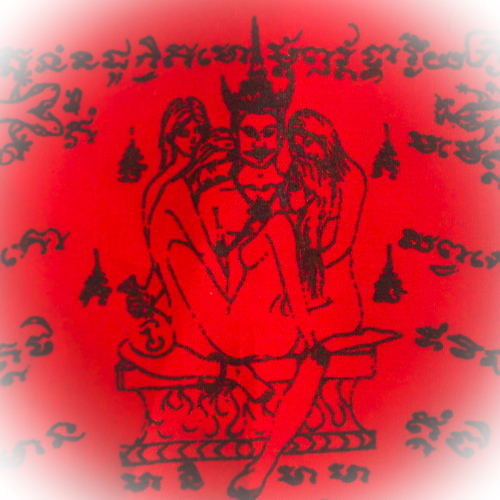 Paya Khao Kam is a Cult Deity of the Northern Tai Yai Mountain People. Paya Khao Kam is an Ancient Animist Deity, who is revered by Serious High Stakes Gamblers and Those who live a Full Time Life of Seduction. Be it Seduction of Lovers, or Customers and Prey, the Daemon of Seduction Locket calls upon the Highly Powerful Sorcery of the Paya Khao Kam.Paya Khao Kam is traditionally pictured in Lanna Mythology as a Man dressed in full rich regalia with a crown bearing two golden horns of plenty. He is embracing a harem of maidens.Powers; Commerce and Gambling, Seduction and Status.

Luang Phu is the first apprentice of five different Master sorcerers both Lay and Ordained Masters. The great Laymaster Ajarn Pleng, of great fame for his Wicha Maha Sanaeh, and Kong Grapan Klaew Klaad, is one of Luang Phu’s first instructors in the Sorcery Arts.

To call other Men;

Perform the Maha Namasakara (Namo Tassa) 3 times before any other Chanting to Amulets;

We recommend using the Kata Aaratanaa Pra Krueang as a prelude to asking for wishes to be fufilled from any Buddhist amulets.

Use to chant and blow over your wares, or chant into prayer water and sprinkle on your wares in the store.