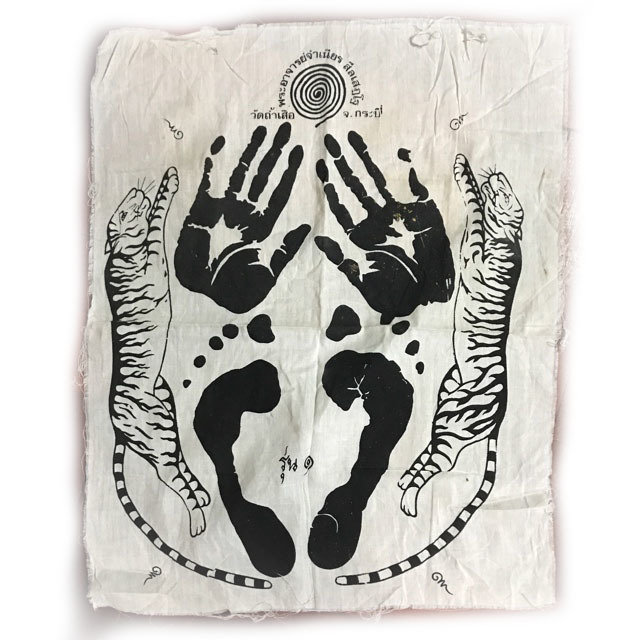 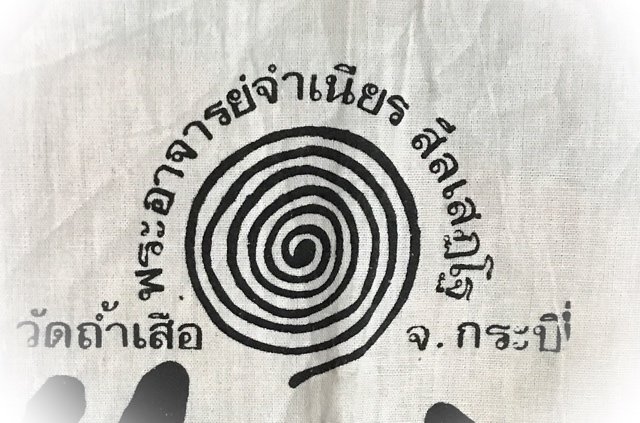 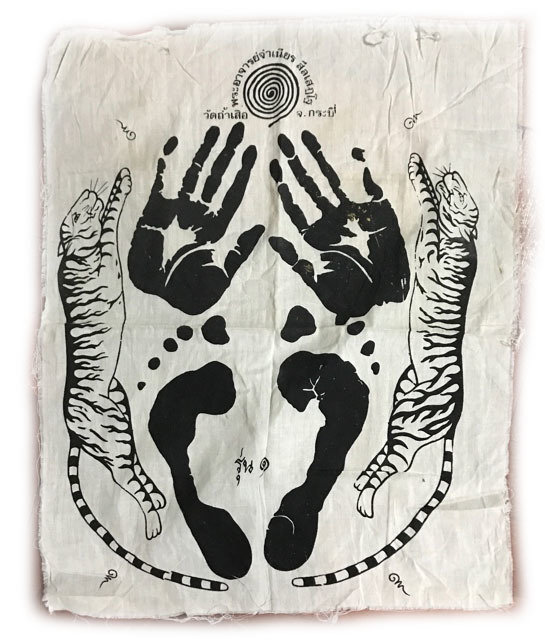 Below; the words 'Run 1' are printed on the cloth, meaning '1st Edition' 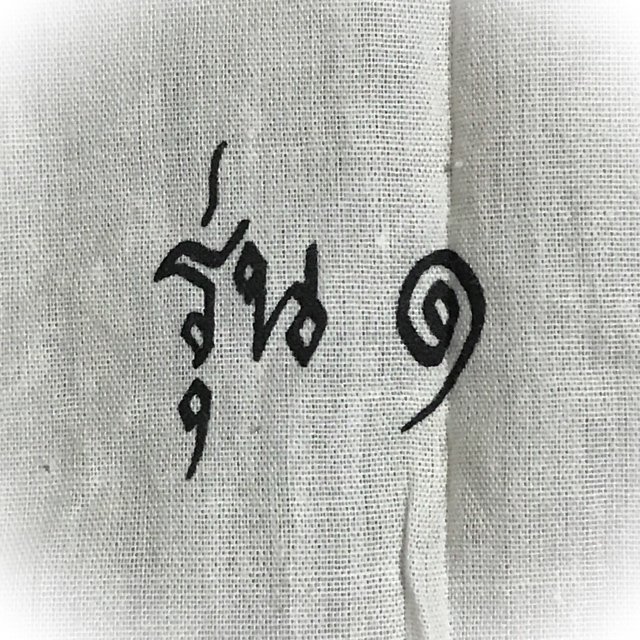 Luang Por Jamnian is a Great Master Monk and became the International leader of over one hundred branches of Dhamma centers around the world. His smiling friendliness and mass of magical paraphernalia (which he carries around with him on his person), led Luang Por Jamnian to become rather a noticeable Master Monk. His development of the Tiger Cave Temple (Wat Tham Suea) in Krabi, is bordering on Miraculous. His teachings of Vipassana are excellent and are part of what has led him to have such a massive worldwide following. 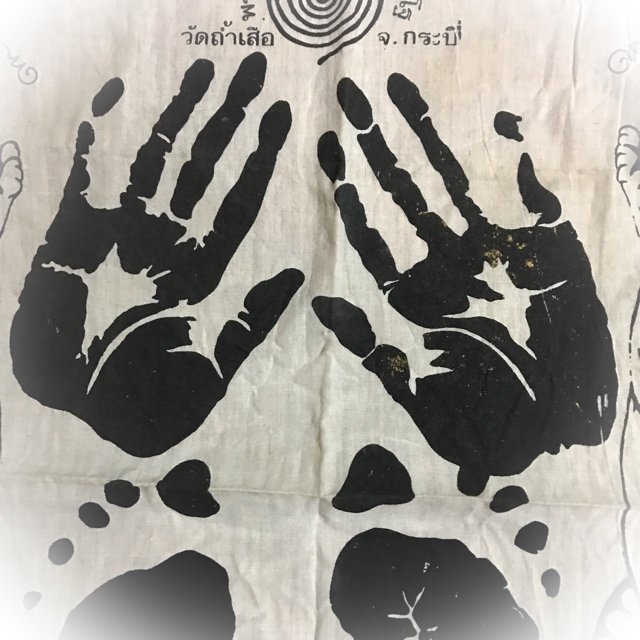 The amulets of Luang Por Jamnian are famous both for Metta Choke Laap as well as for Kong Grapan magic. Apart from being called the Tiger Cave Temple, Wat Tham Suea is also known as the Monkey Temple. Luang Por Jamnian became famous all over the world, especially in the USA for he has opened many branches of the temple, and traveled widely to teach the Dhamma in the Western world. 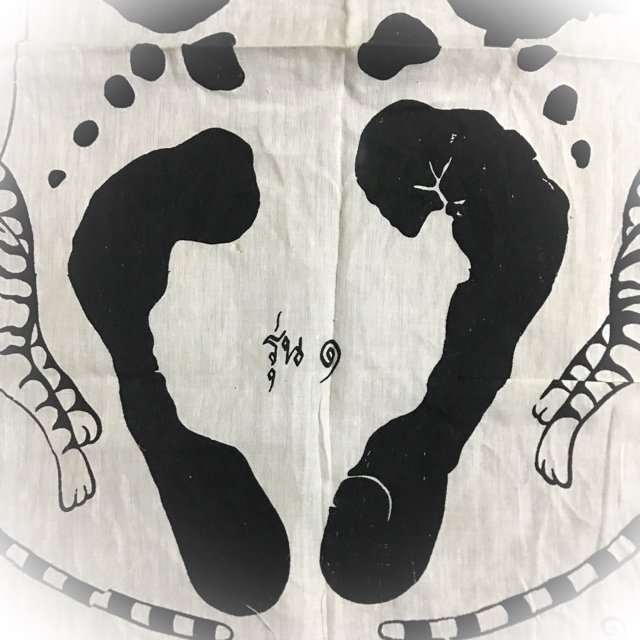 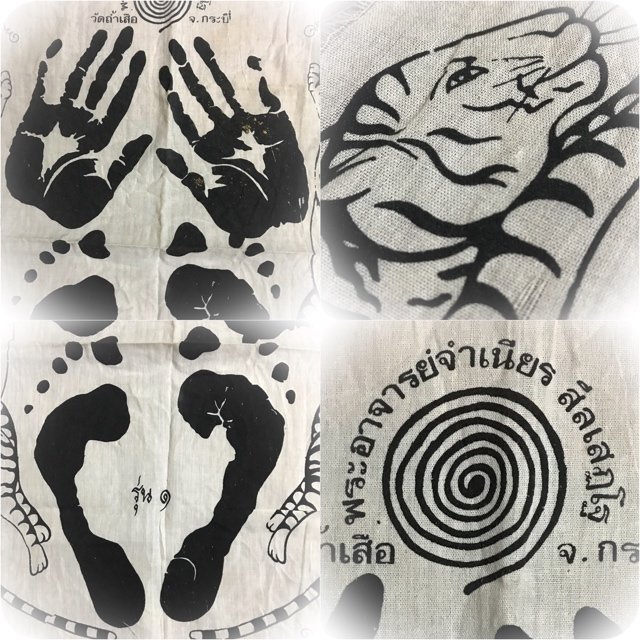