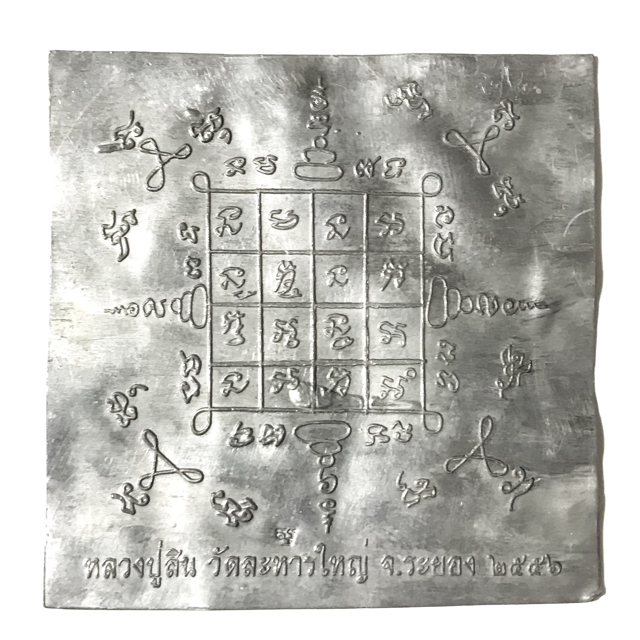 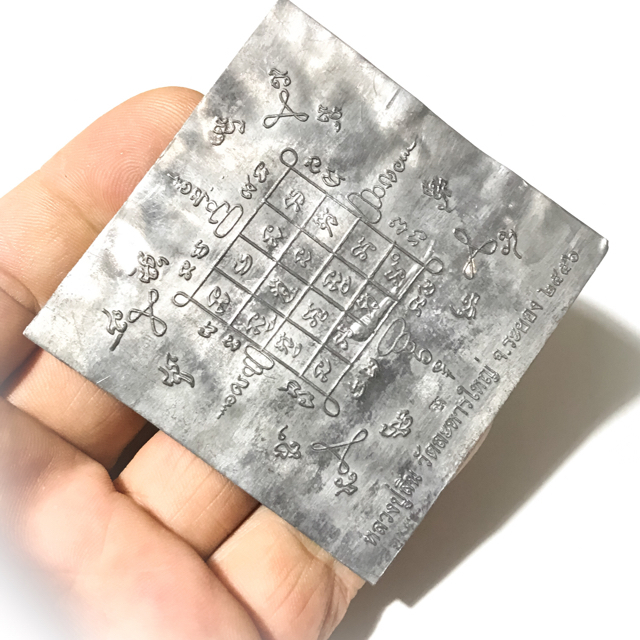 The edition celebrated the immense merits and attainments of the Kroo ba Ajarn of the Lineage, Luang Phu Tim Issarigo (Wat Laharn Rai), which is the meaning of the words 'Chalong Somsak Pra Kroo Chan Ek' (Celebrate tin Reverence of the Master Guru). 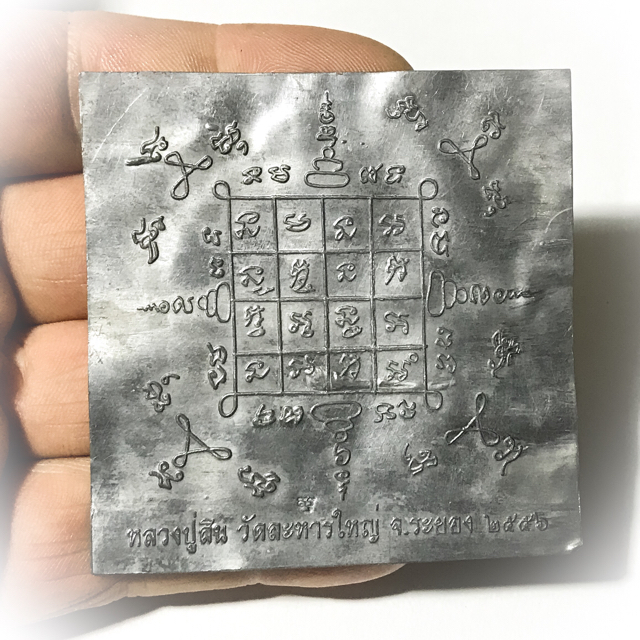 The Yantra is a four sided Magic Square containing Khom Agkhara Inscriptions of the Kata Riak Tat See, and the Kata Hnun Tat See, which call and awaken the 4 elements, to empower the Yantra, and protect against all physical dangers. The four cardinal points are flanked with Ongk Pra Buddha Yantra, and the corner cardinal points are covered by the inscription of a Sacred Yant with the three syllable Kata 'I Swaa Su' embossed. 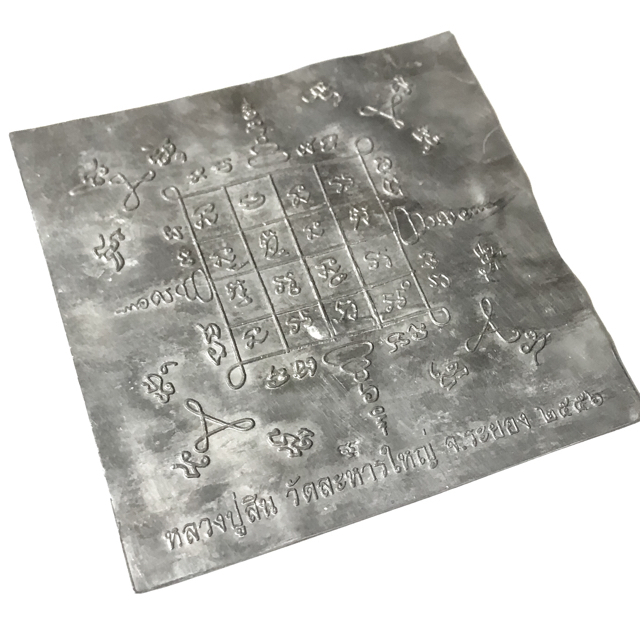 The Yantra has the words 'Luang Phu Sin Wat Laharn Rai Rayong 2556 BE' embossed below it on the bottom of the Yantra Foil. It is possible to Keep the Yant in your Place of Bucha, or frame it to Pray to, or even place in your Car or Cashtill, to protect your Household, Business and personal safety, and Improve your Lucky Fortunes. 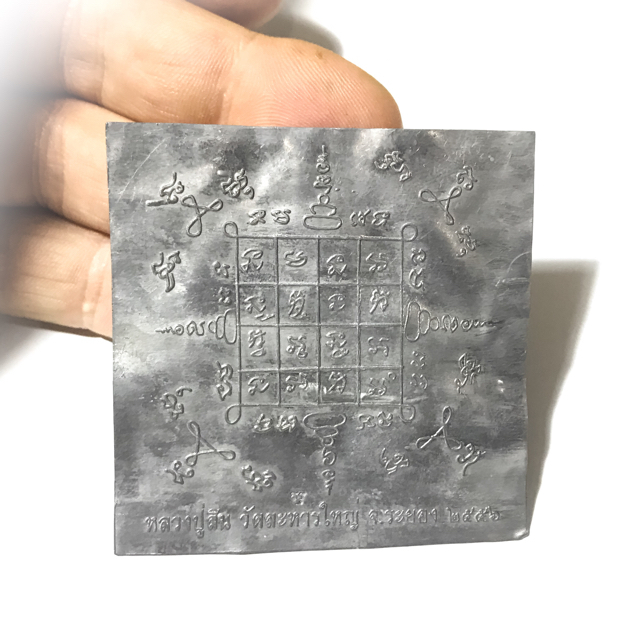 You can also alternatively prepare it for wear as an amulet, by having the Yant encased in waterproof transparent acrylic casing for wearing on a neck chain or could even be rolled into a Takrut and encased, and worn on a cord belt. A military officer might place the Yant in his place of work to protect his vehicle or barracks from attacks. 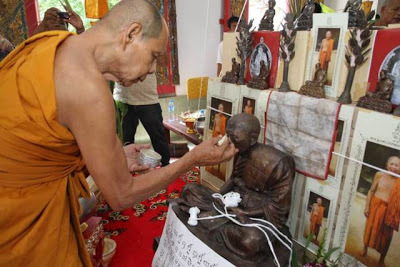 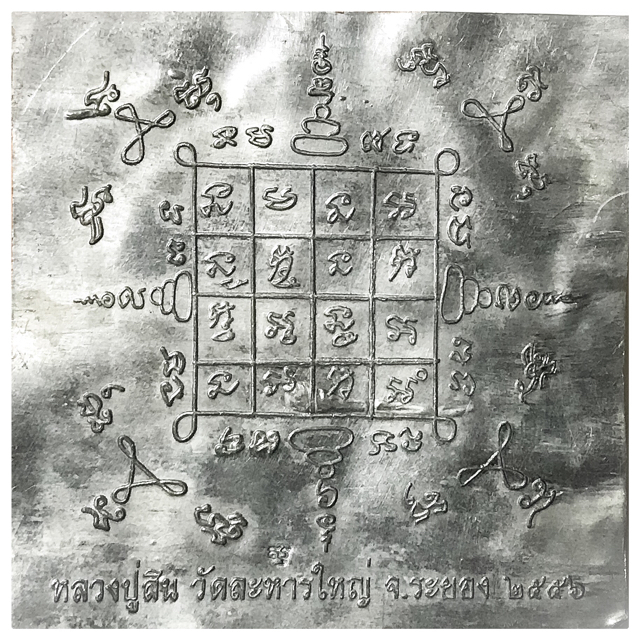 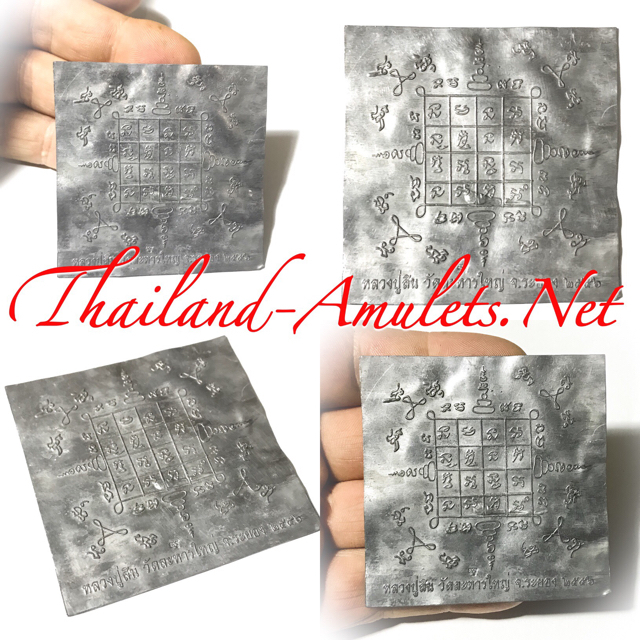