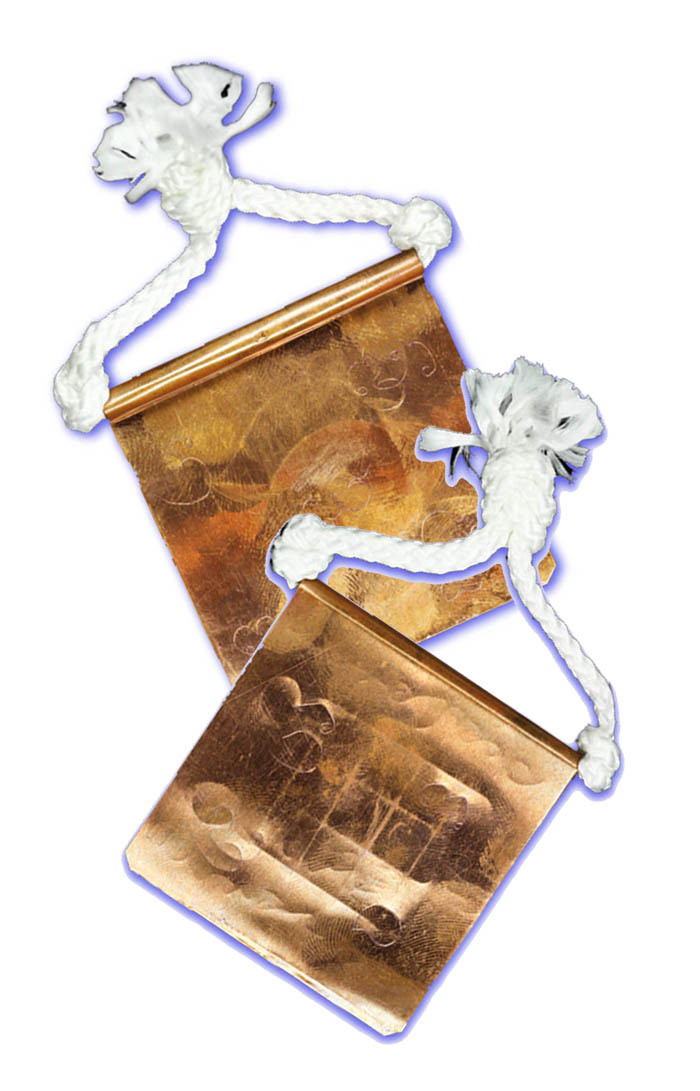 This Ancient Lanna Style Takrut Amulet uses the 'Yant Hneeb' (Pinching/Folded Together Yantra) as its Physical Form of Interpretation, using a thick Sacred Copper Yantra Foils folded in half, with 'Aksorn Dhamma Lanna' (Lanna Sanskrit Lettering) Spell Inscriptions on the Inner and Outer faces of the Takrut. The Takrut were made in two different versions for this 2555 BE edition of Amulets from Kroo Ba Lerd. This is the 'Dork Kroo Jarn Nork Nai' Version with white cords to distinguish from the red cord standard 'Jarn Nai' (single inner inscription) Version.

The two Takrut look otherwise identical, but in fact differ. The Dork Kroo masterpiece version has recieved both Inner and Outer face Inscription, and double Invocation, and has Maha Sanaeh Wicha on the Outer Face, added to the Metta Mahaniyom Magic of the Inner Inscription. 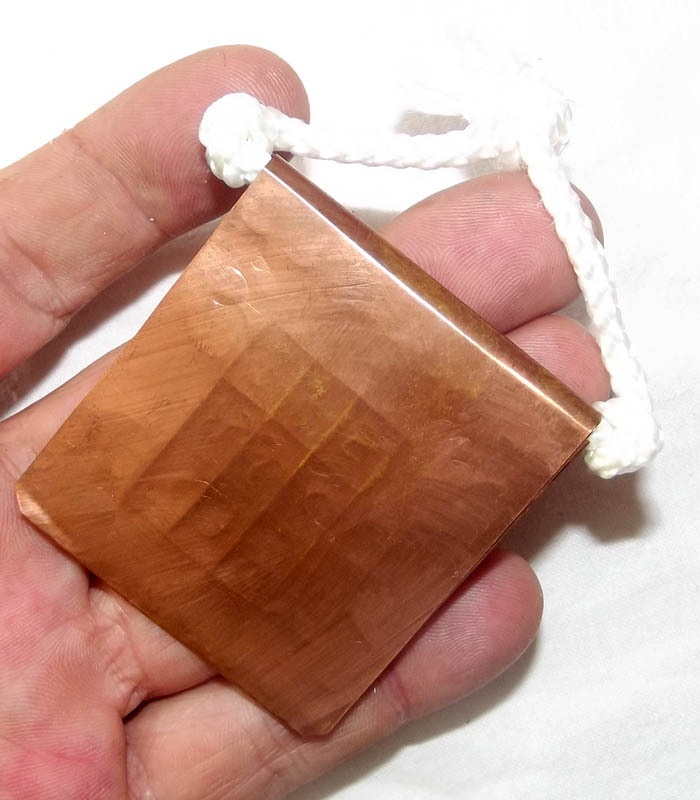 The Amulet is made using Wicha Metta Maha Niyom for Mercy and Popularity, and easy Commerce. The Yant Hneeb is empowered with Maha Sanaeh and Metta Mahaniyom. Apart from its Attraction Power towards other people, it has a similar kind of magic as the Pu Hneeb Sap Money Crab, in the sense that the word 'Hneeb' means to pinch between the fingers and hold tightly, or to grab and pick up something. This is an allusion to picking up money and not letting it go easily, which infers the Wicha Maha Pokasap for Great Treasures and Wealth. 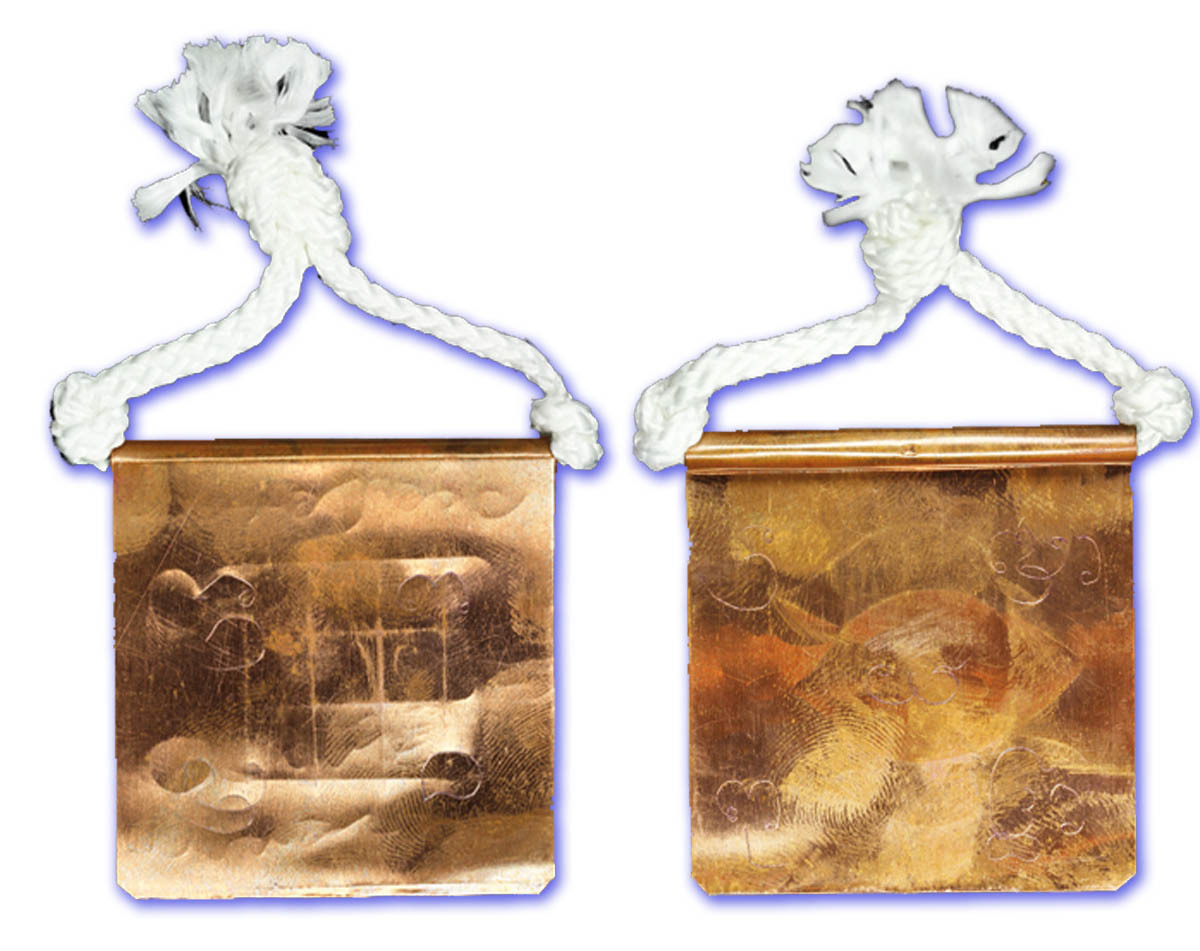 This edition featured a comlete series of Lanna Wicha style amulets preserving the ancient methods and the old school durable quality build of the Olden Days Amulets. Absolute Classics of Lanna Amulet tradition, which remain faithful to the Ancient Methods of creation and empowerment.

Read about all amulets in this Edition;

Takrut Comes in Original Box from the Temple 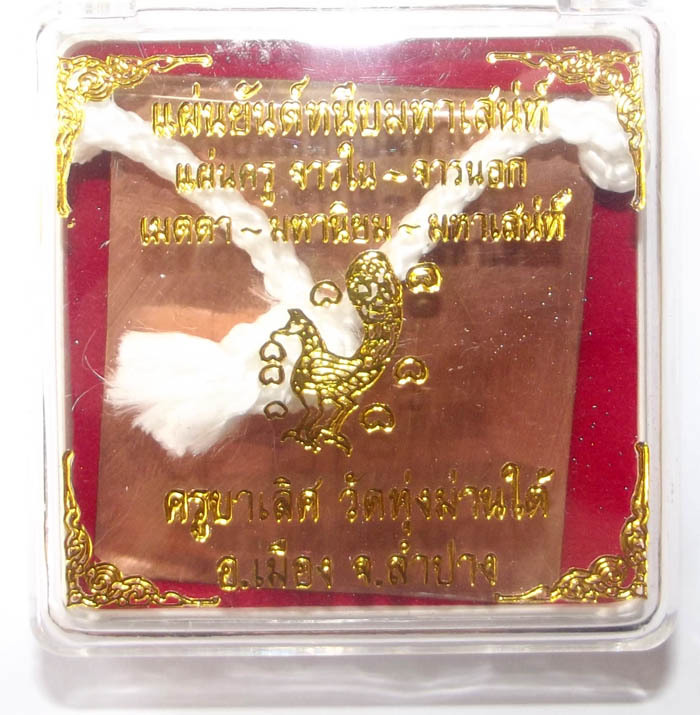 Can be tied to something, for example, above the cash till or entrance to your shop. Can be carried on one's person, worn or hung in the car, or in the home on the altar of worship.

Use Metta and Maha Sanaeh Chants to empower the amulet. Always begin with Chanting the Maha Namasakara (Namo Tassa) first before any other Chants, and offer sharing of Merits after Prayers, by using the Kata for dedicating Merits and sending Metta.