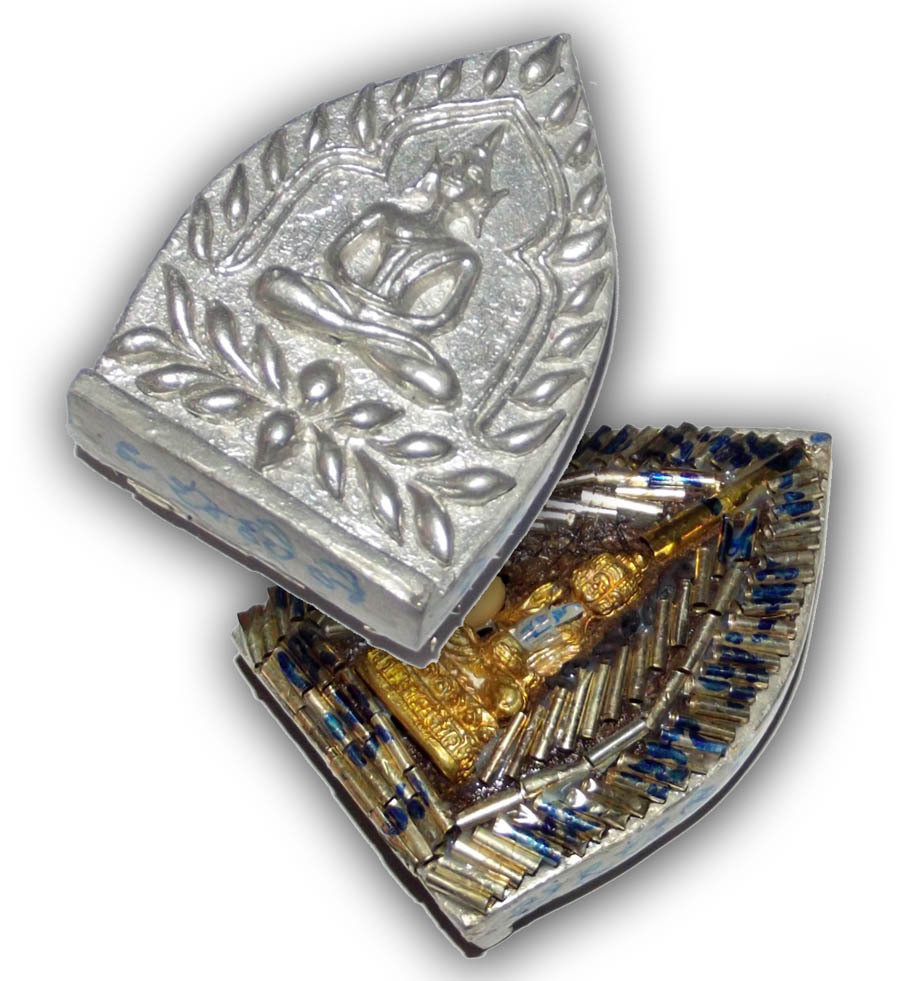 Only 399 of these special edition Jumbo size amulets were made in Ongk Kroo Nam Rerk 108 Takrut version. This is one of a series of Ongk Kroo Pim A amulets in various Sacred Metals, and is along with the other metals, the top level luxury model of the Sacred Chanuan (alchemical metal) versions of this edition of Jao Sua Sethee Yai Multi Millionaire amulets. 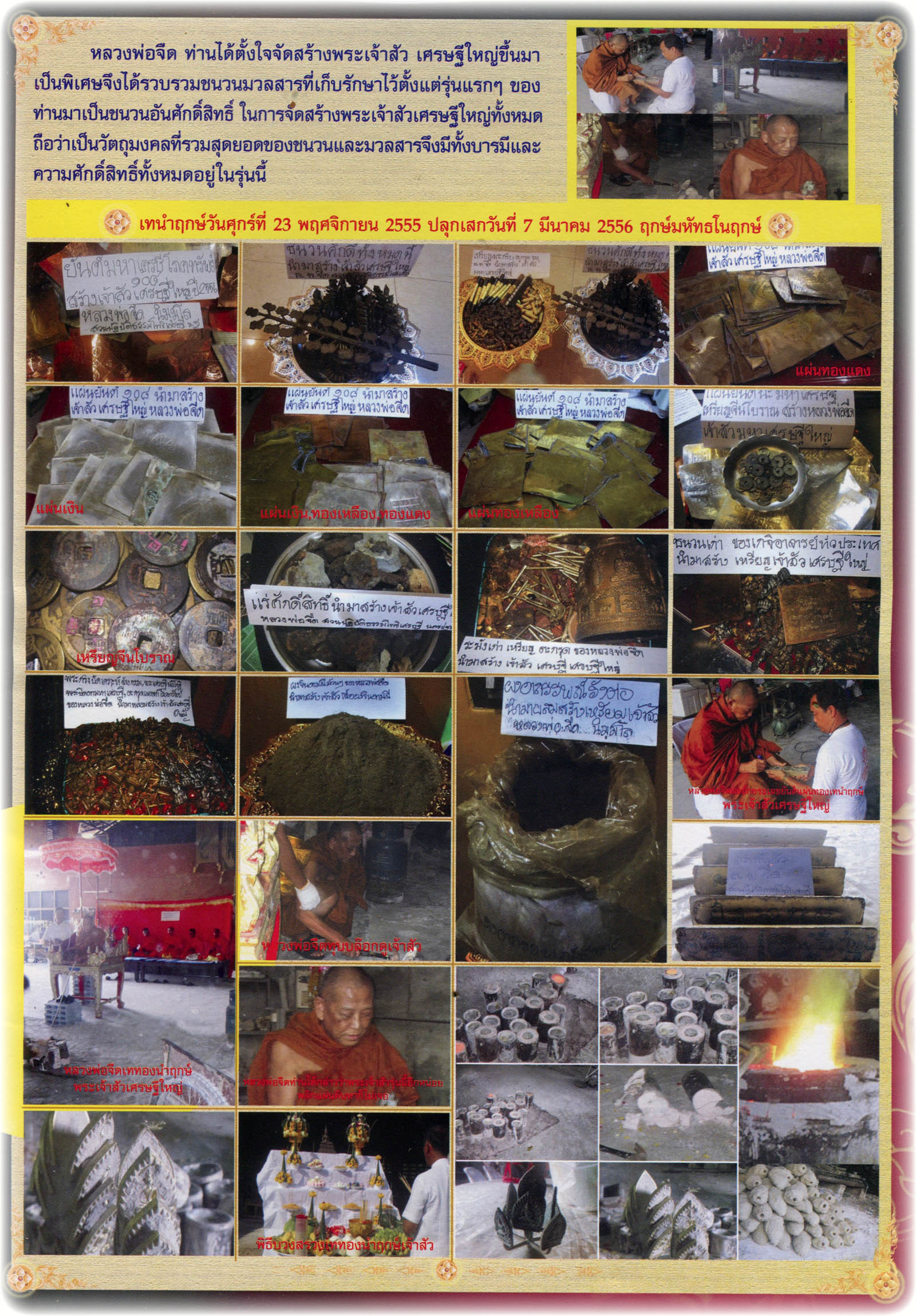 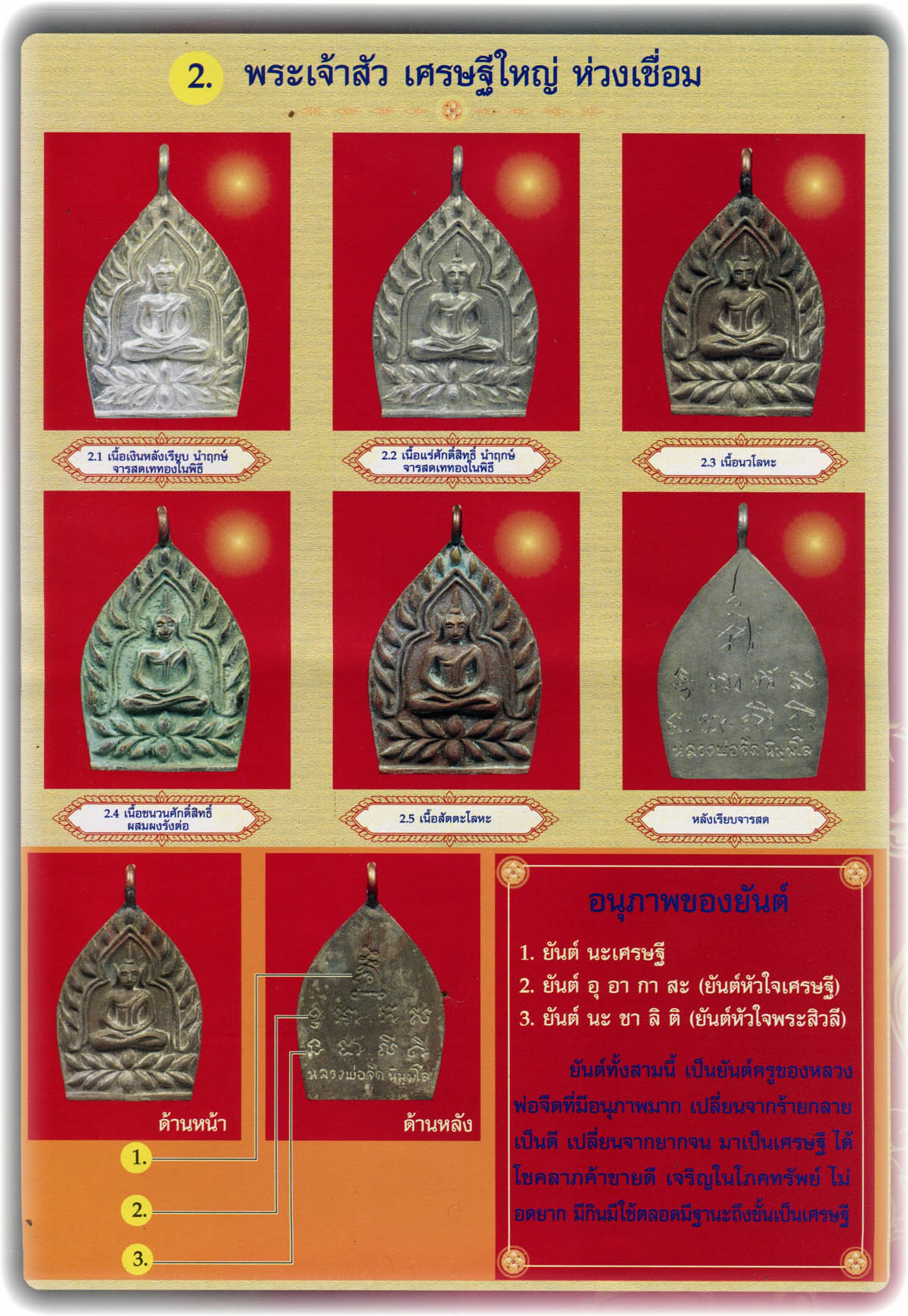 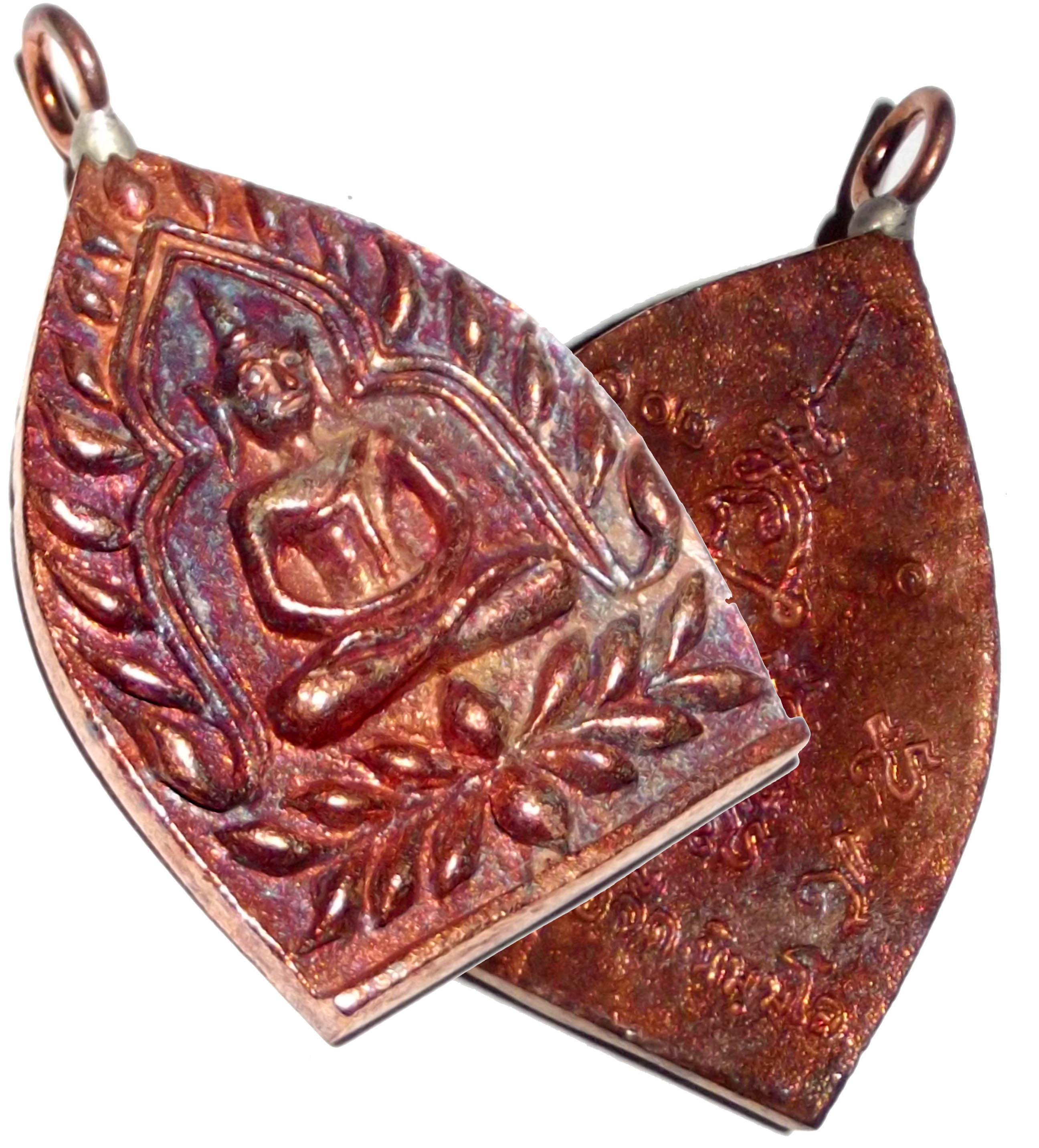