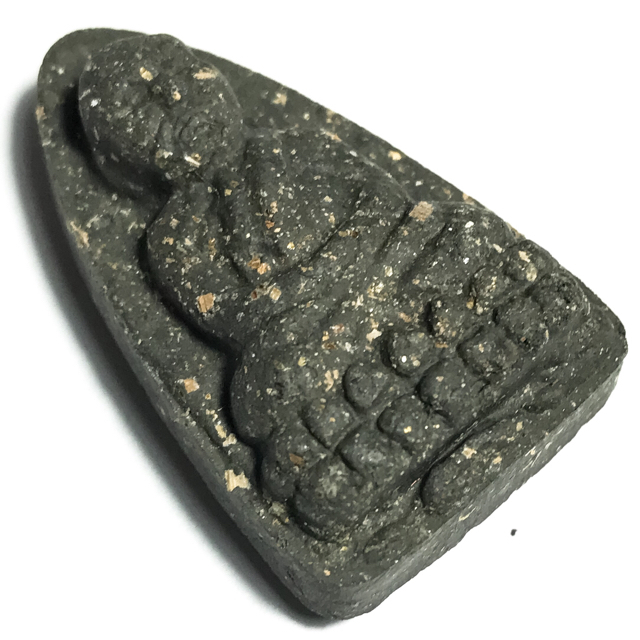 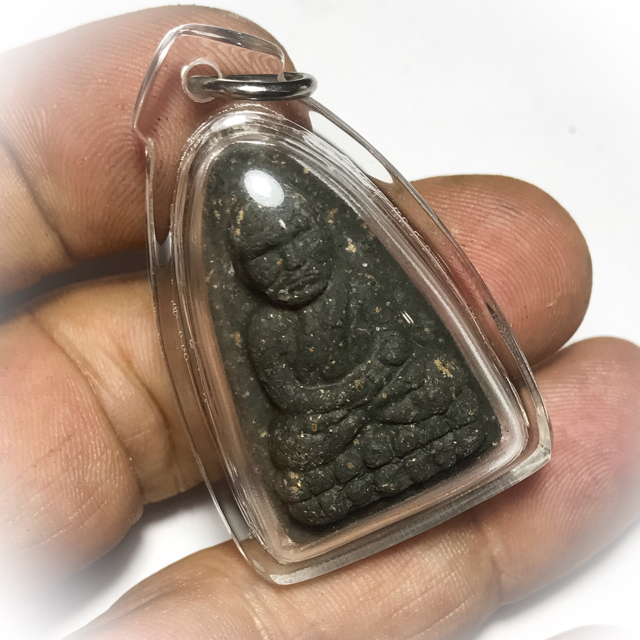 This amulet comes with waterproof casing already included in the price

Blessed in a large Buddha Abhiseka Ceremony at Wat Huay Mongkol, for auspicious blessings to distribute to the Buddhist Folk, to alleviate their lives with the comfort of the protection and blessings of Luang Por Tuad Yiab Nam Tale Jerd. Luang Phu Tuad is considered a Bodhisattva, and able to bestow the most powerful blessings. It is believed that any image of this guru monk has magical power, regardless of if it has been blessed or not. 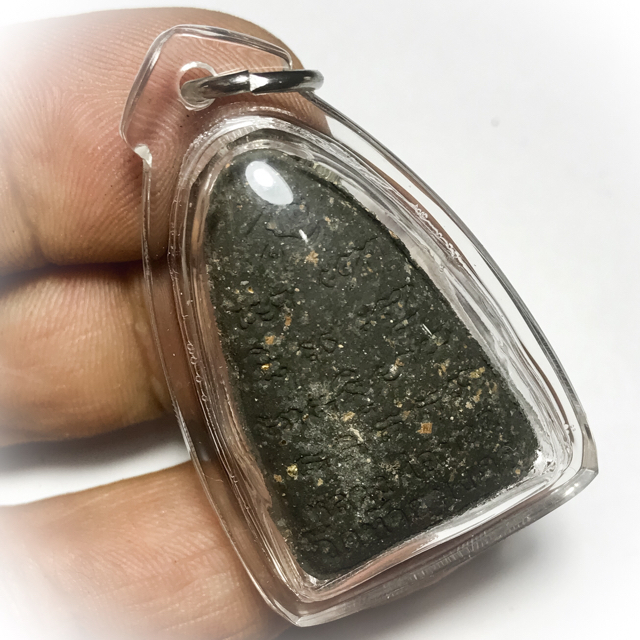 The temple of Wat Huay Mongkol is the location of the largest Luang Por Tuad statue in the whole wide world, and is the Pilgrimage place of hundreds of many many thousands of Devotees each year. It is considered a Buddhist Monument which has high touristic value, and less practice, but whose abbot is known for his great intelligence and for his attainments in psychic and spiritual power. 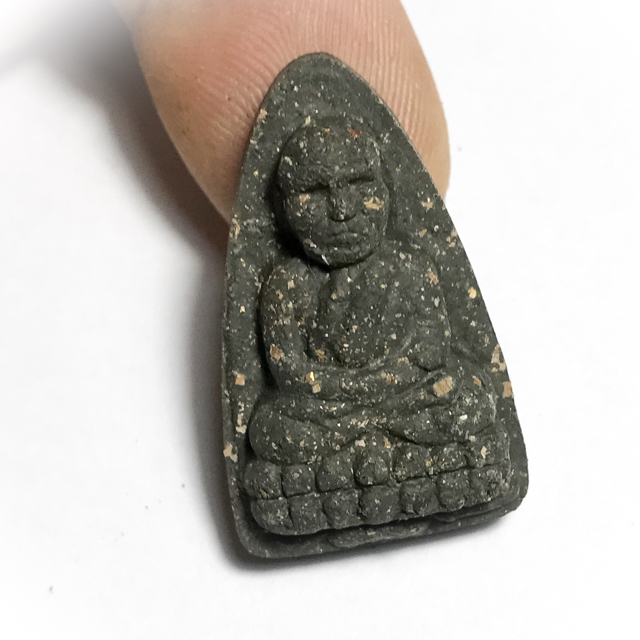 This amulet can be obtained for FREE, with orders over 89$ by using the coupon code below, before checking out with your order (please not, you must add 89$ of goods before adding this free offer amulet)

Wat Huay Mongkol is one of the most important temples for Luang Phu Tuad amulets in the country, and is the home of the largest Luang Por Tuad statue in the World, where millions of Devotees come in Pilgramage each year to pray to this great Guru master of Ancient Legend. 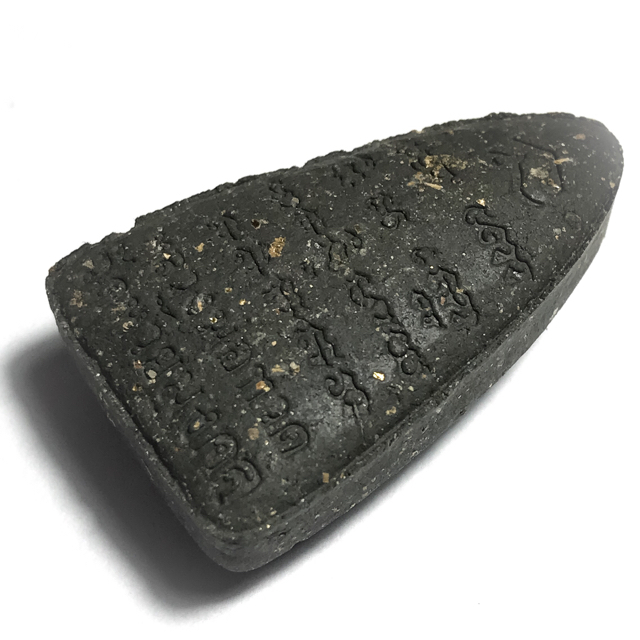 Made around 2550 BE this Luang Phu Tuad Dtao Reet amulet has such a rich content in minerals and sacred powders that the back face is completely encrusted with various metallic and crystalline substances. including Paetch Na Tang flakes, and Lek Lai Kaya Siddhi elemental substance. 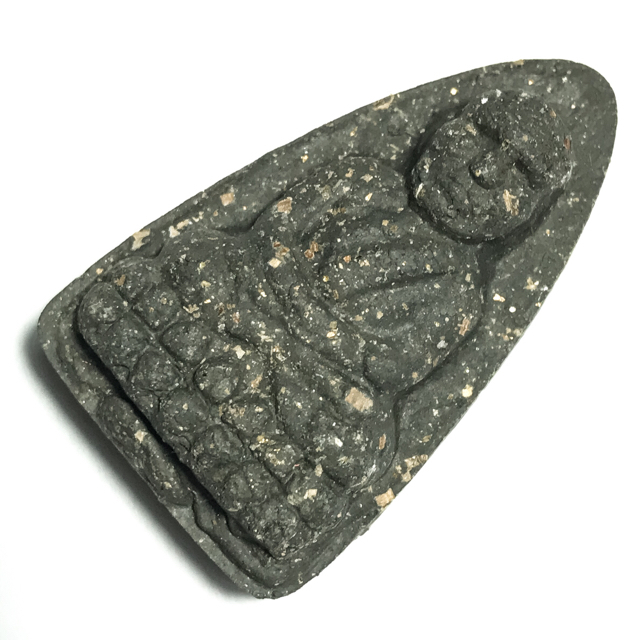 Blessed in a massive ceremonial Buddha Abhiseka Ceremony in front of the Immense statue of Luang Phu Tuad (the largest in the World to date), at Wat Huay Mongkol. Wat Huay Mongkol is perhaps one of the top 3 temples for the Wicha of making Luang Phu Tuad amulets of the Present Era, and adheres to the true Lineage Wicha, using the most excellent, and highly concentrated Muan Sarn Sacred Powders available. The rear face of the amulet reveals the immense quantity of Muan Sarn Sacred Powders and Elements, including gold flakes, Lek Lai, Paetch Na Tang, and Kakyayaks Sacred Peat Marsh Earths. 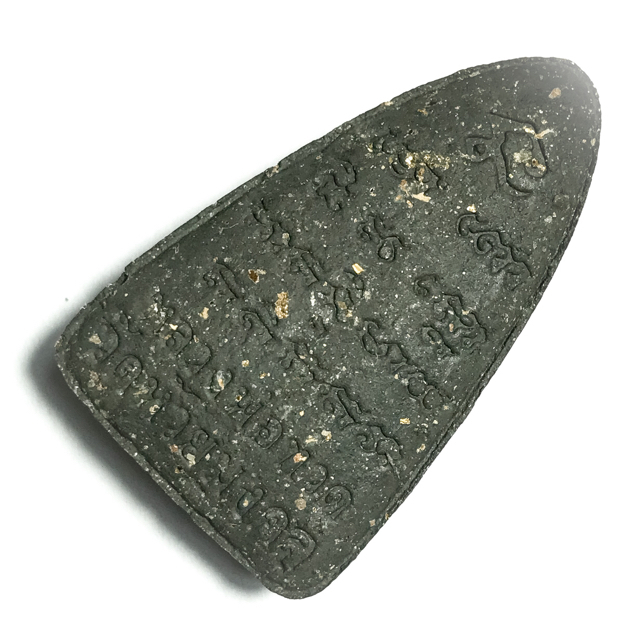 Although Wat Huay Mongkol is a new Temple (2547 BE), it has become one of the Most Important centres of Luang phu Tuad devotees for its biggest LP Tuad statue in the world, the greatly respected Abbot, whose magical powers are of high repute, and his amulets which have made Wat Huay Mongkol a National Household name in the period of a few years of its existence. 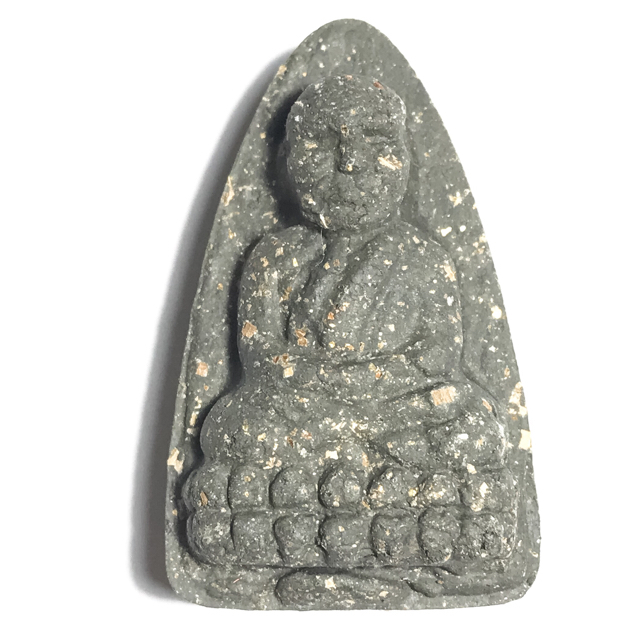 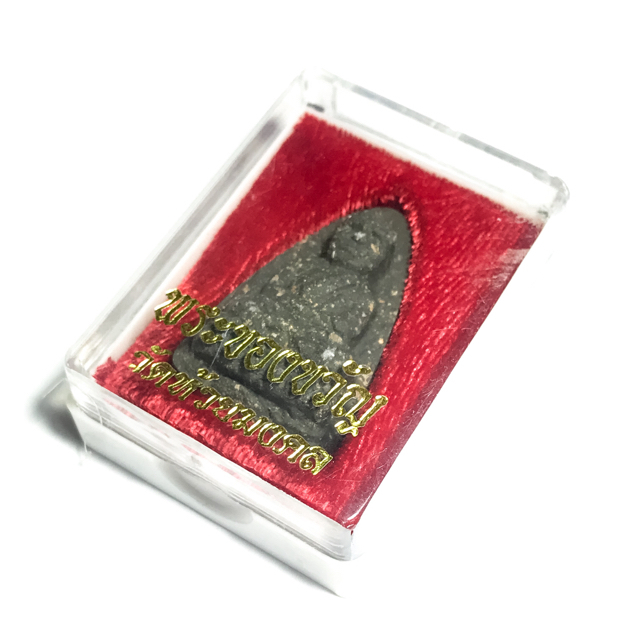 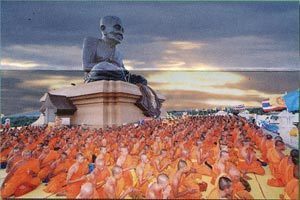 If there is one thing Guaranteed from this temple, it is truly authentic Sacred Muan Sarn ingredients, and a Truly Authentic Buddha Abhiseka Blessing Ceremony, with a large number of Thailand's Greatest Guru Masters present to administer Empowerment and Blessings. All editions of Luang Por Tuad amulets of this temple recieve large Blessing Ceremonies with a great number of Guru Masters present.

These amulets were made Decades before the official Inauguration of Wat Huay Mongkol, in a number of 300 thousand in the year 2537 BE, but were stashed away and not ever distributed until later. The Muan Sarn ingredients are so excellent that they stand out visibly from other LP Tuad amulets and are instantly recognizable for their content of gold flakes, Lek Lai powder, and rare Magical and Sacred Herbs. 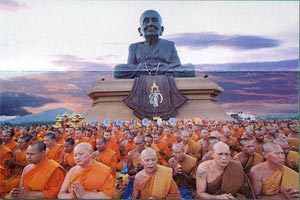 The temple of Wat Huay Mongkol is the location of the largest Luang Por Tuad statue in the whole wide world, and is the Pilgrimage place of hundreds of many many thousands of Devotees each year. It is considered a Buddhist Monument which has high touristic value, and less practice, but whose abbot is known for his great intelligence and for his attainments in psychic and spiritual power.

The many Great Guru Masters who join in to bless these amulets are a very important aspect to consider, when collecting and making Bucha to amulets that perhaps, do not carry a particular name of one single Guru Master, but which in Buddhist sense, are as Sacred as any amulets blessed unde the official name of a single Master. 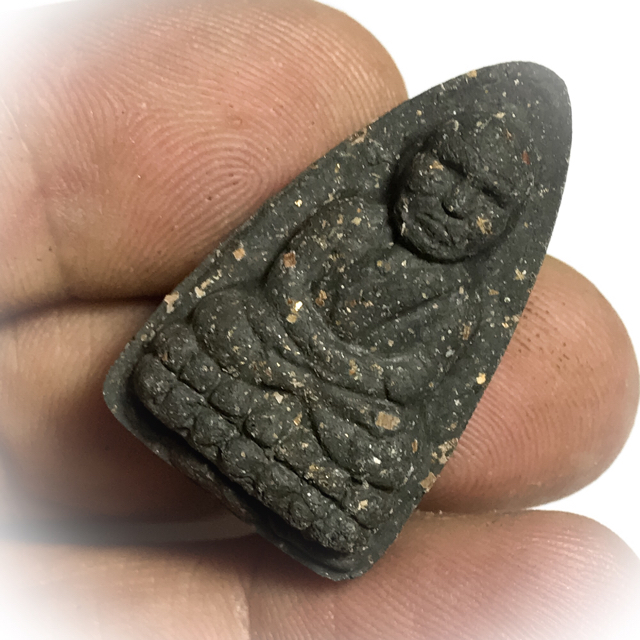 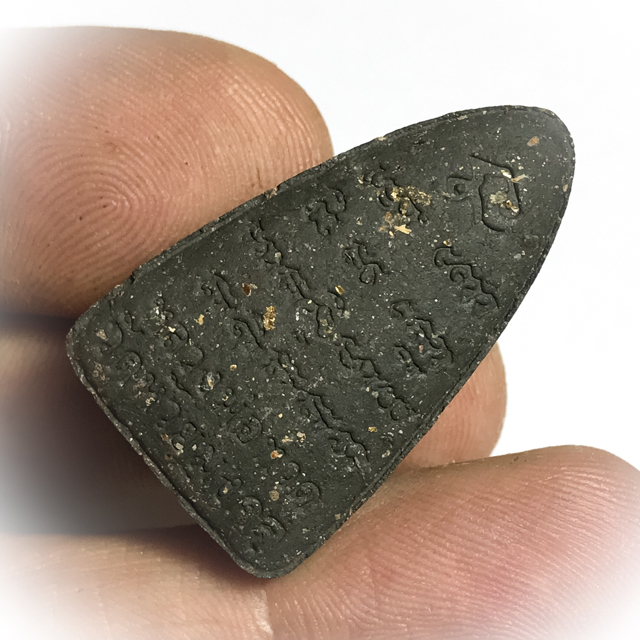 Lastly, part of what is special about Luang Por Tuad (so it is said at least), is that even a non-blessed image of Luang Por Tuad is still sacred and can make miracles happen. This is in our opinion true for all Sacred Objects of Faith, for Faith, can Move Mountains when it is strong. 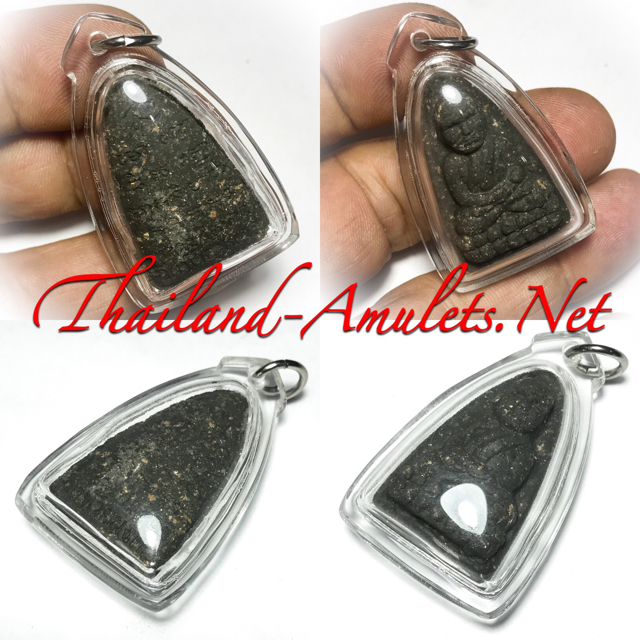 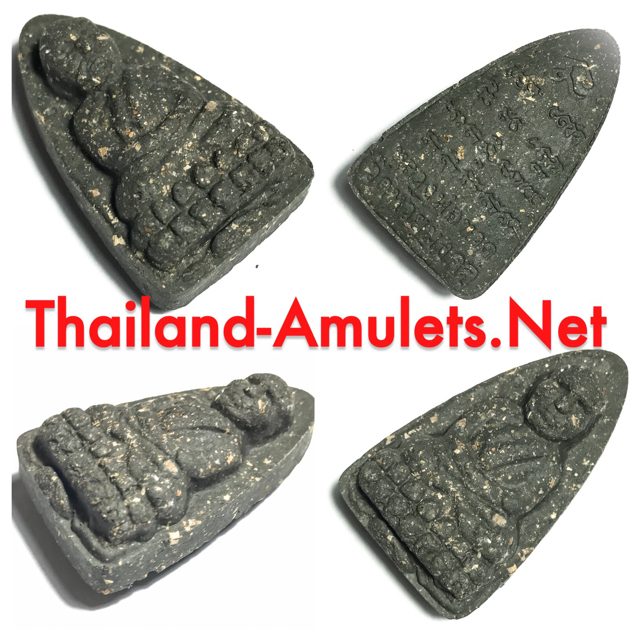