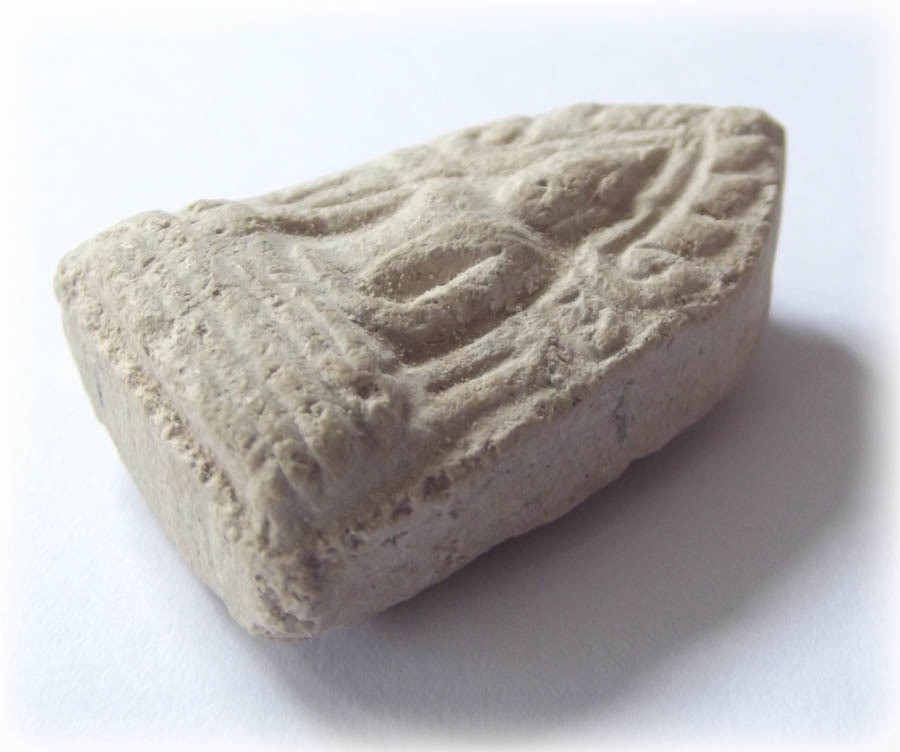 Classic Khun Phaen Kong Grapan Amulet of the 2511 BE (Buddhist Era) Amazing Khun Phaen Awk Seuk (Khun Phaen going to battle) by the Great Ajarn Chum Chai Kiree 2511 BE pong Puttakun wan 108 - This series of Khun Phaen which was released in the most famous Miracle Blessing Ceremony, which was performed, with the presence of hundreds of Lersi Hermit Masters, from India, Thailand, and around South East Asia, whom Ajarn Chum had invited to assist in the empowerment.

Hundreds of Gaeji Ajarn Guru Monks were present to perform their Chants, and Meditative Blessings upon the Amulets. This amulet model is 'Mai Long Gru' (not placed in burial chamber) and has a whiter, more hard shiny surface than the somewhat higher priced 'Pim Niyom Long Gru' versions of this amulet (placed in a 'Gru' chamber buried for a further time before release). 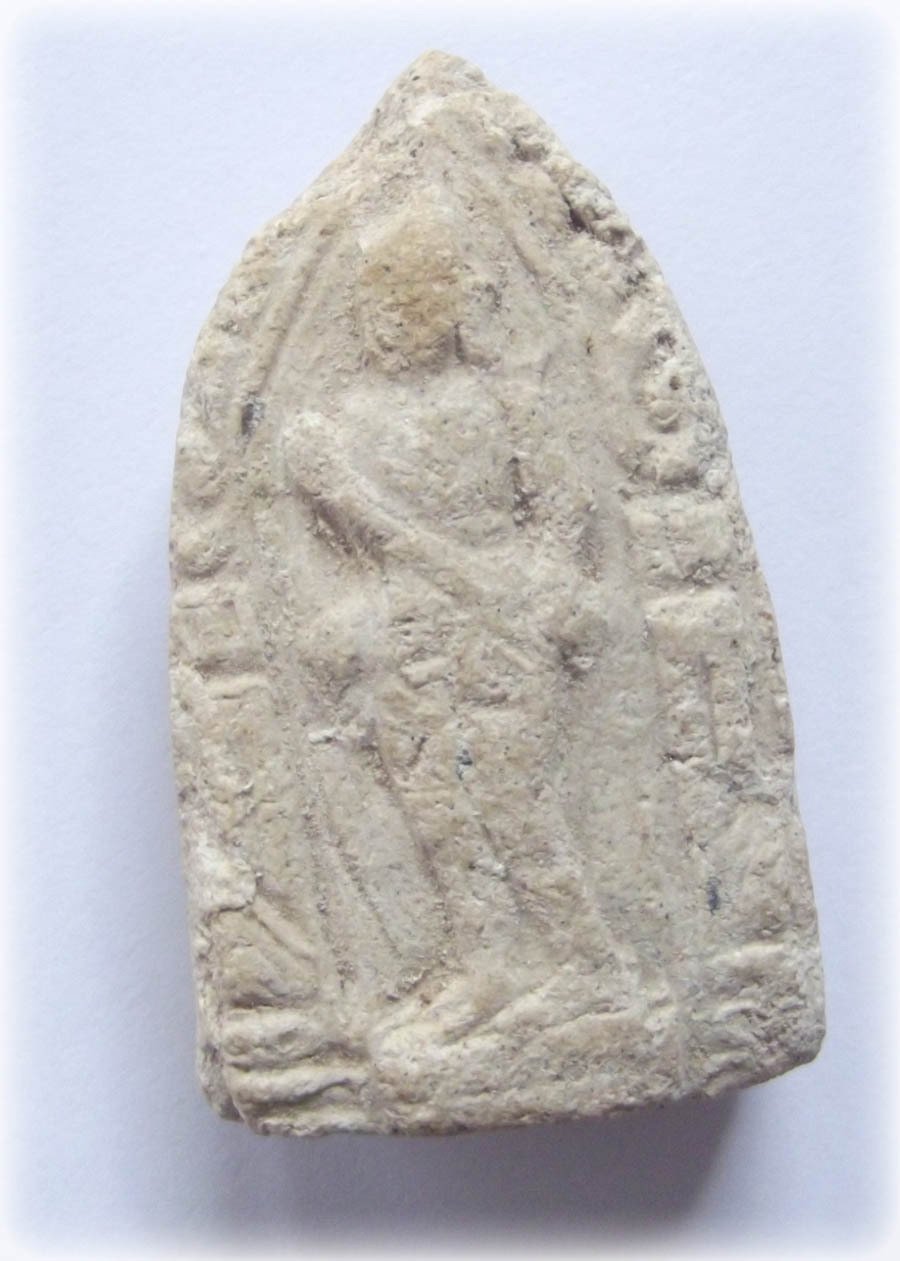 Tests using guns and sharp knives were performed, to test the magic on the throngs of Devotees present. Ajarn Chum is in our opinion the greatest and most powerful lay master of all living history of Thai Saiyasart. This amulet is a rare old amulet of undoubtable magical power to protect against knives, bullets and the like. This example is in extremely fine condition, and a very beautiful example indeed. Extremely rare. The amulet is made from over 500 kinds of sacred powders which were collected by Ajarn Chum and Luang Por Kong (Wat Ban Suan) over 40 Years. Because the Thai Government had issued papers calling for the army to gather and recruit to go into War in the Indochina war in 2497 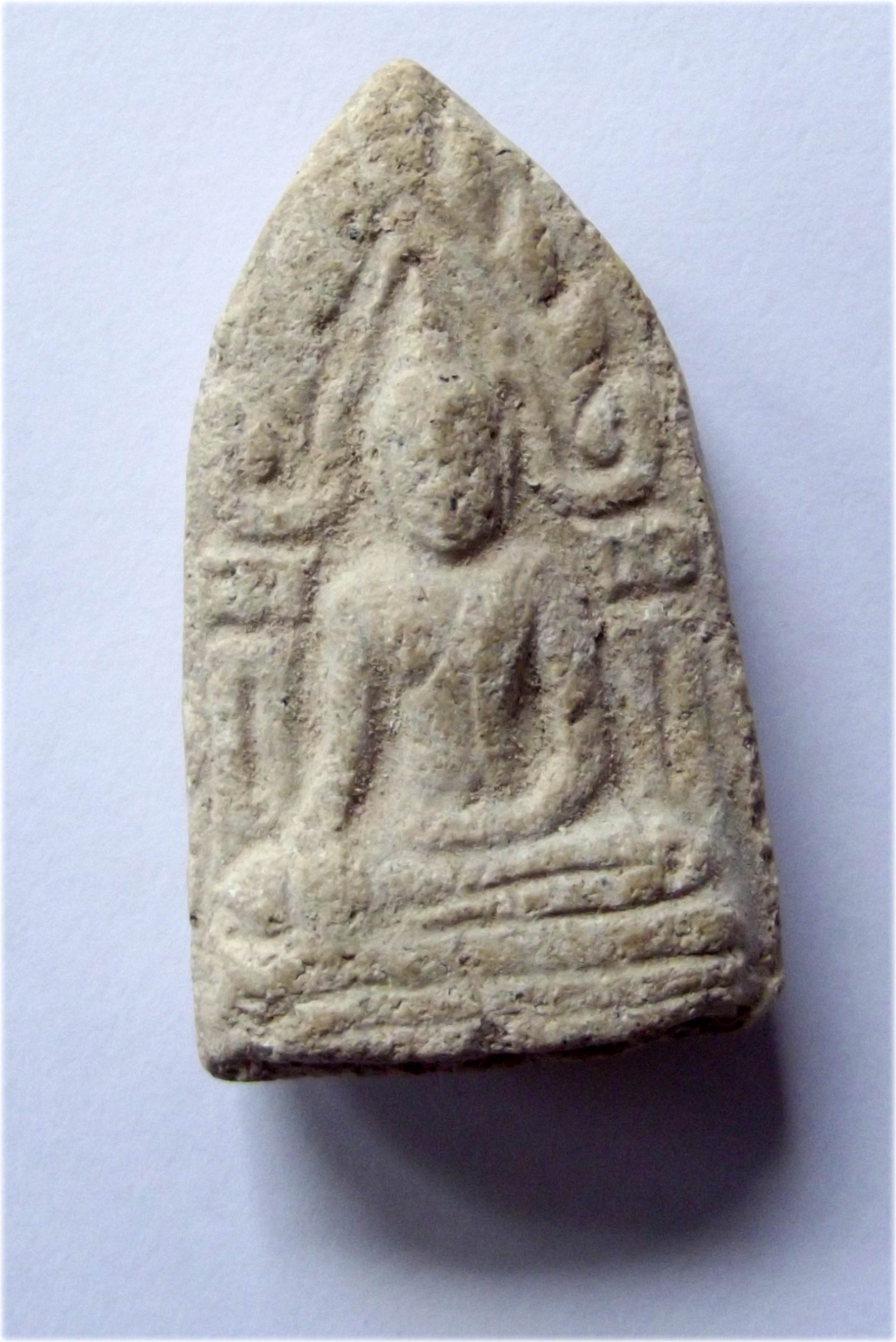 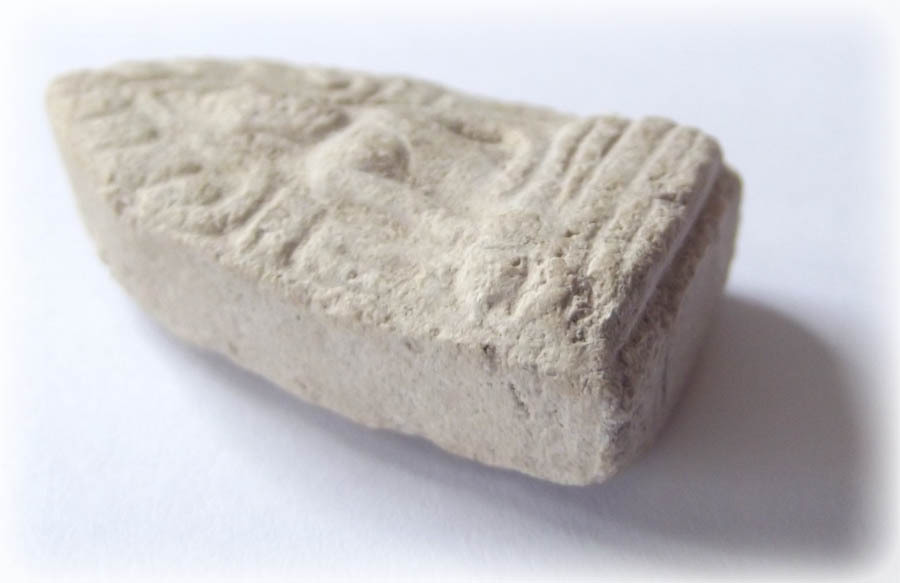 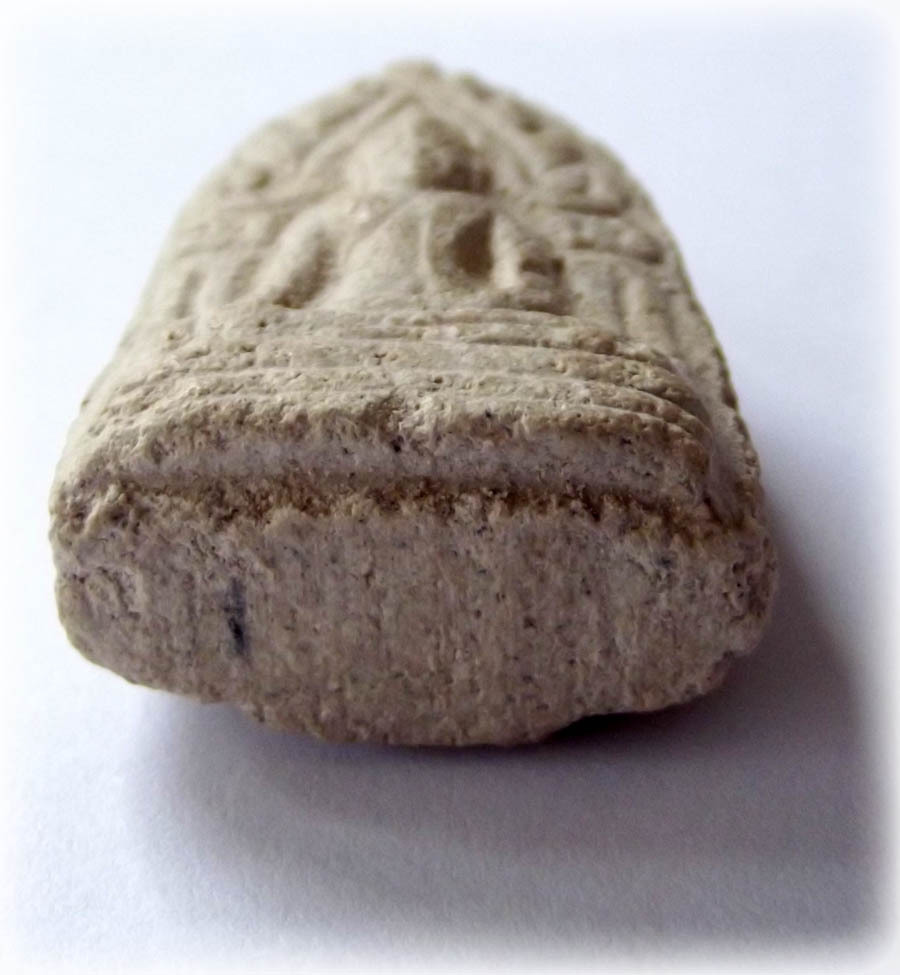 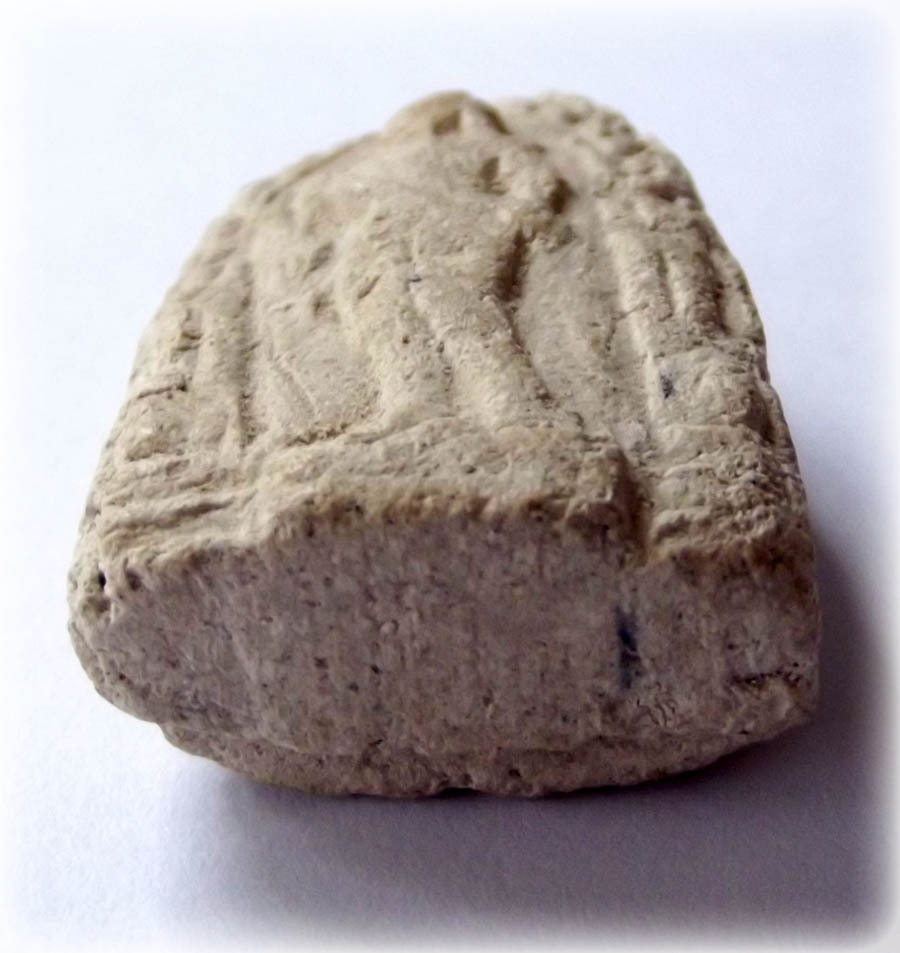 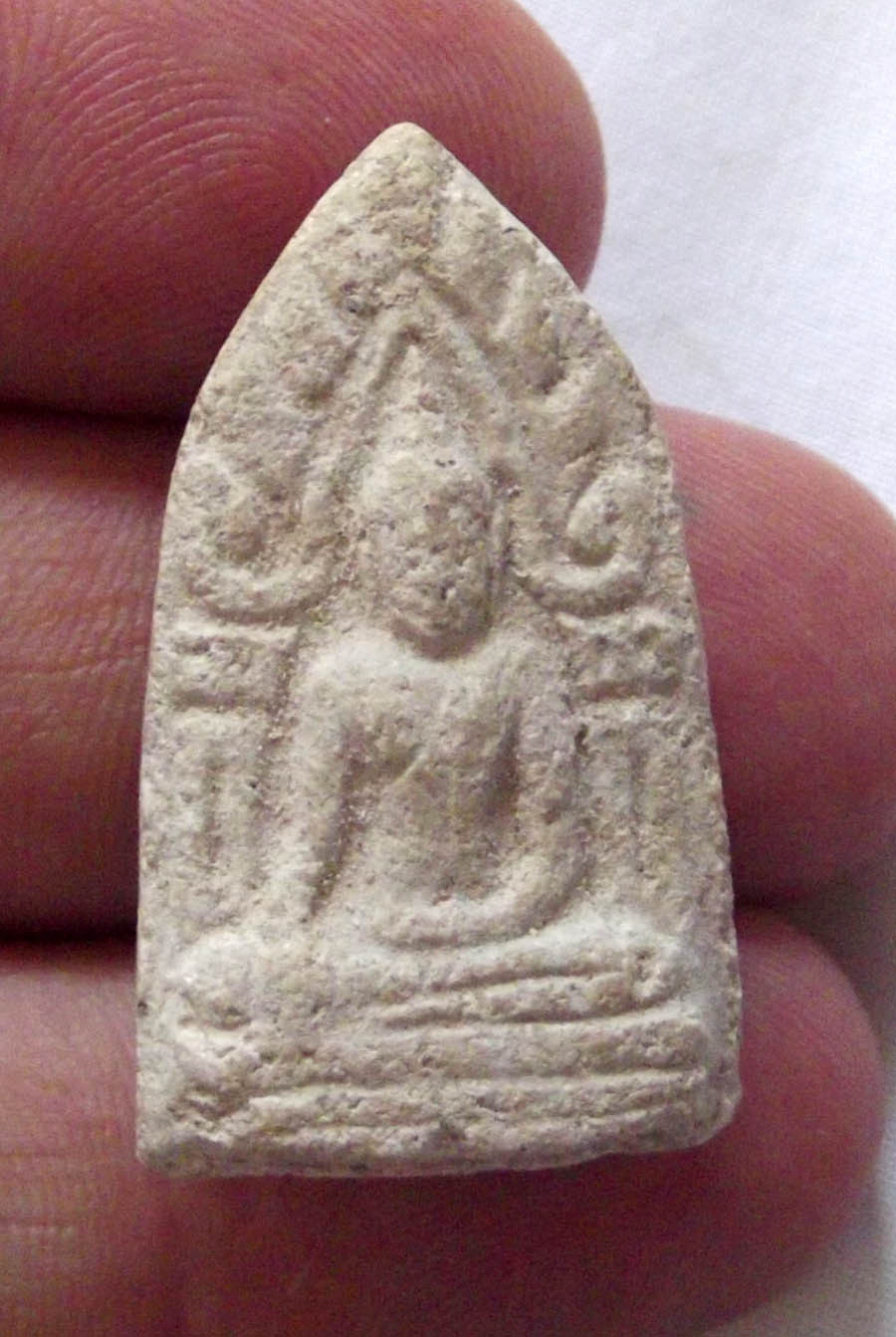 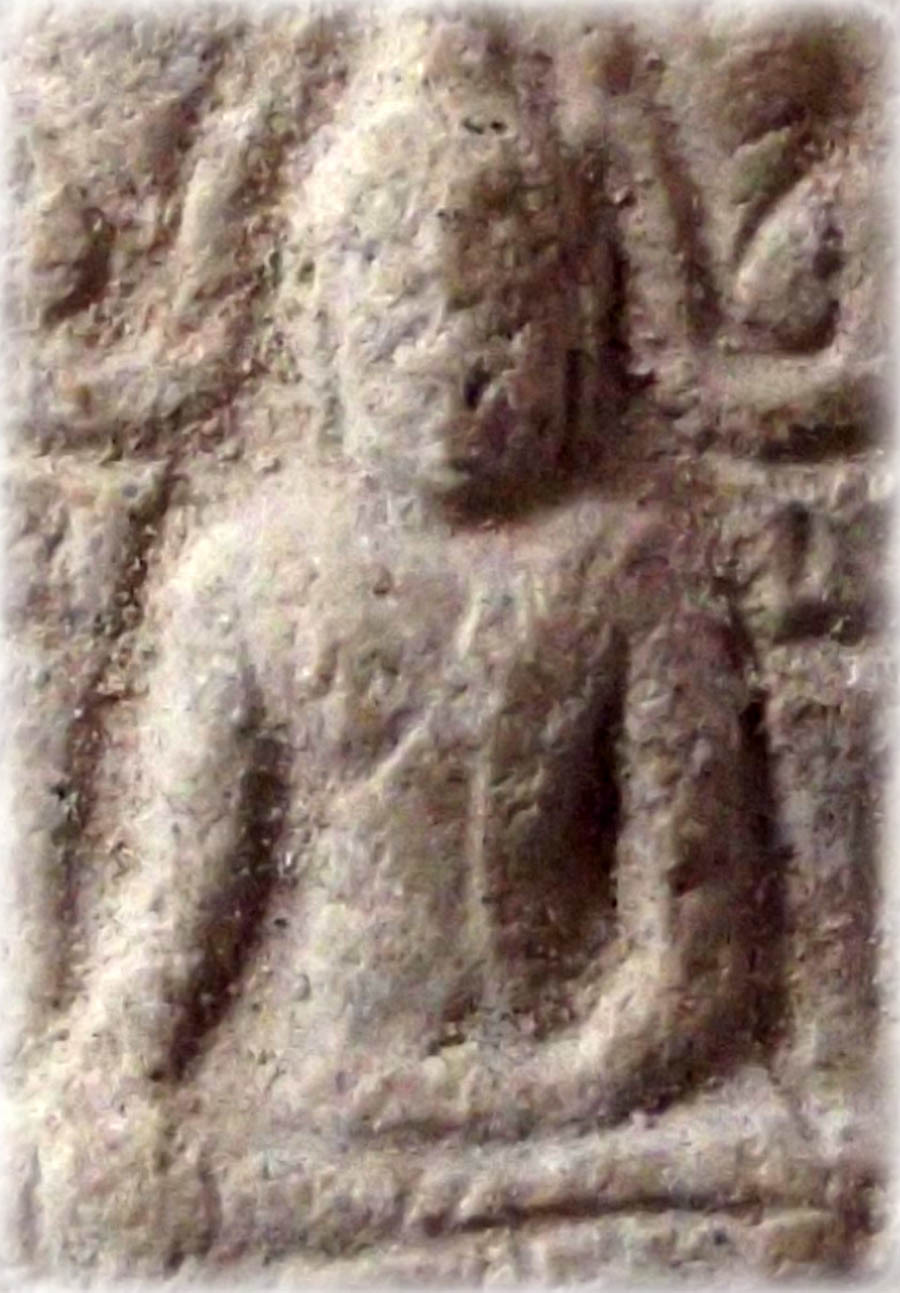 Although stated as 'Mai Long Gru' we believe this amulet to have been placed in chamber but for less time, for it does show some slight traces of Kraap Gru mildew, for which it may have been taken from the chamber during the first 2 years of burial. Its appearance of dry smotth silky surface however, defines it as a 'Pim Mai Long Gru', and carries therefore a slightly lower price than the Pim Niyom Long Gru. Both models are accepted in official competition, and are judged sometimes in one category and sometimes separately, depending on the size, location, and nature of the show/competition.