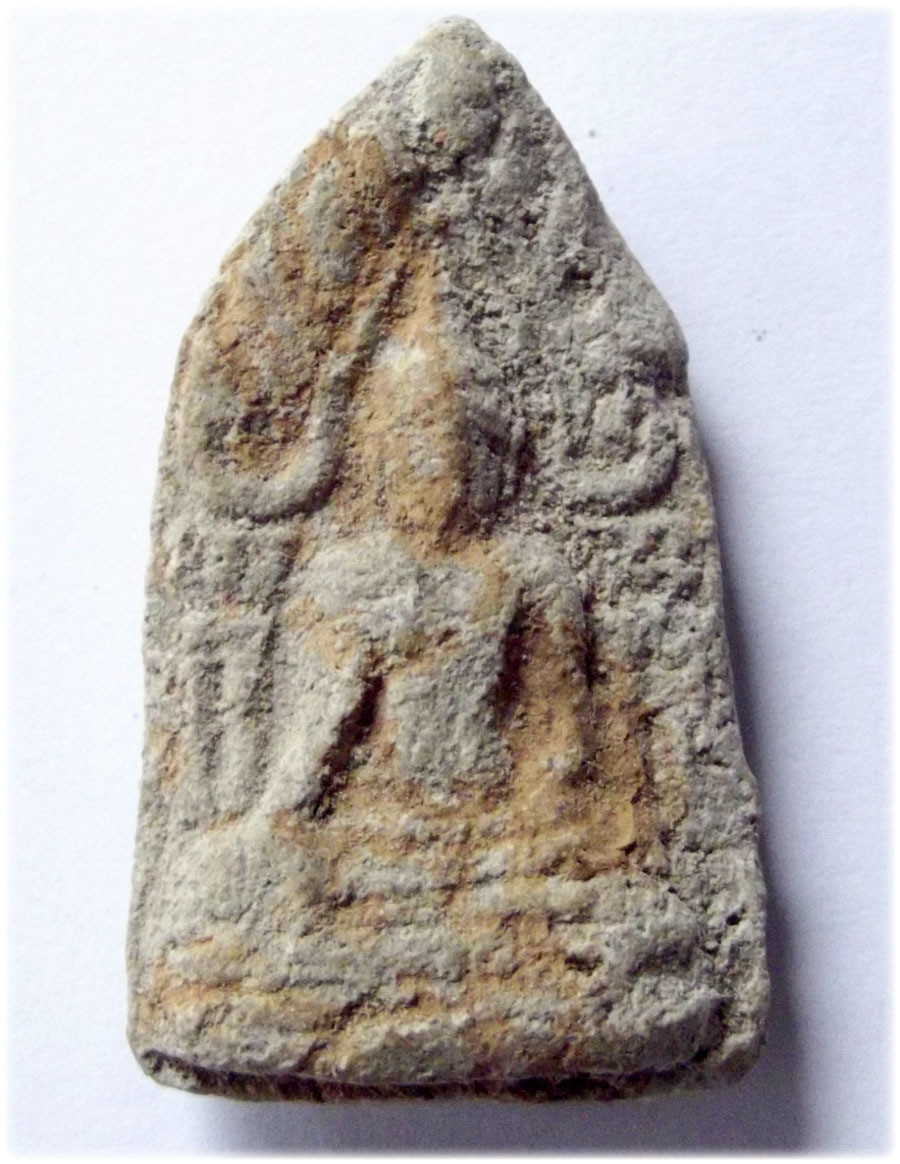 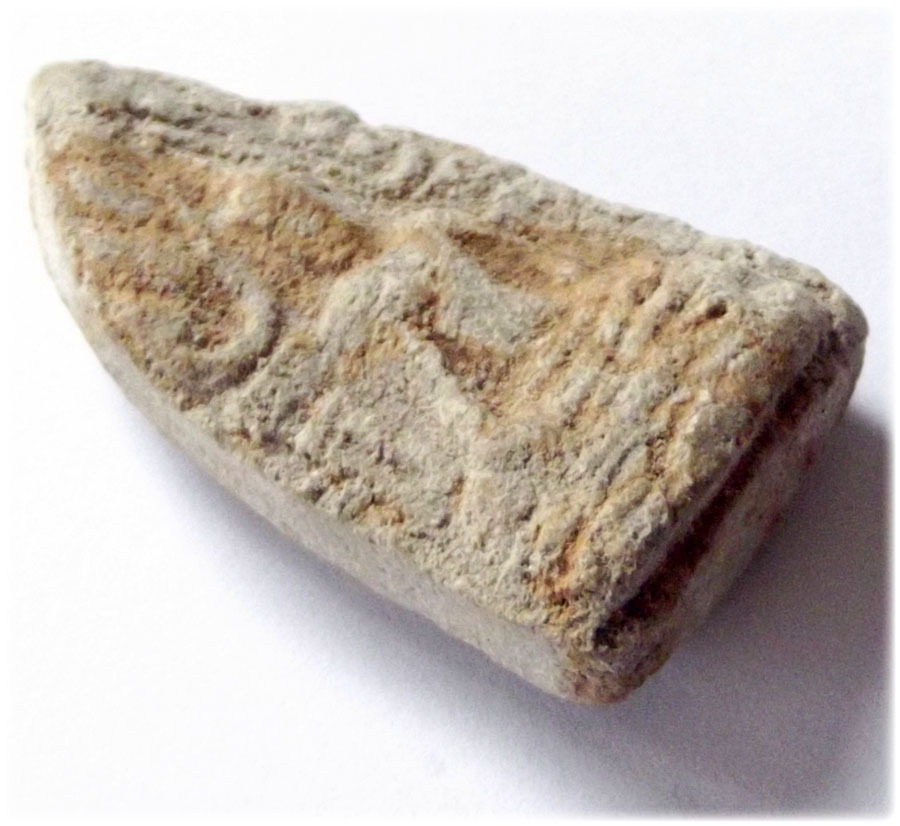 Tests using guns and sharp knives were performed, to test the magic on the throngs of Devotees present. Ajarn Chum is in my opinion the greatest and most powerful lay master of all living history of Thai Saiyasart. This amulet is a rare old amulet of undoubtable magical power to protect against knives, bullets and the like.

This example is a very attractive piece with beautiful discoloration markings. Extremely rare. The amulet is made from over 500 kinds of sacred powders which were collected by Ajarn Chum and Luang Por Kong (Wat Ban Suan) over 40 Years. Because the Thai Government had issued papers calling for the army to gather and recruit to go into War in the Indochina war in 2497 BE. 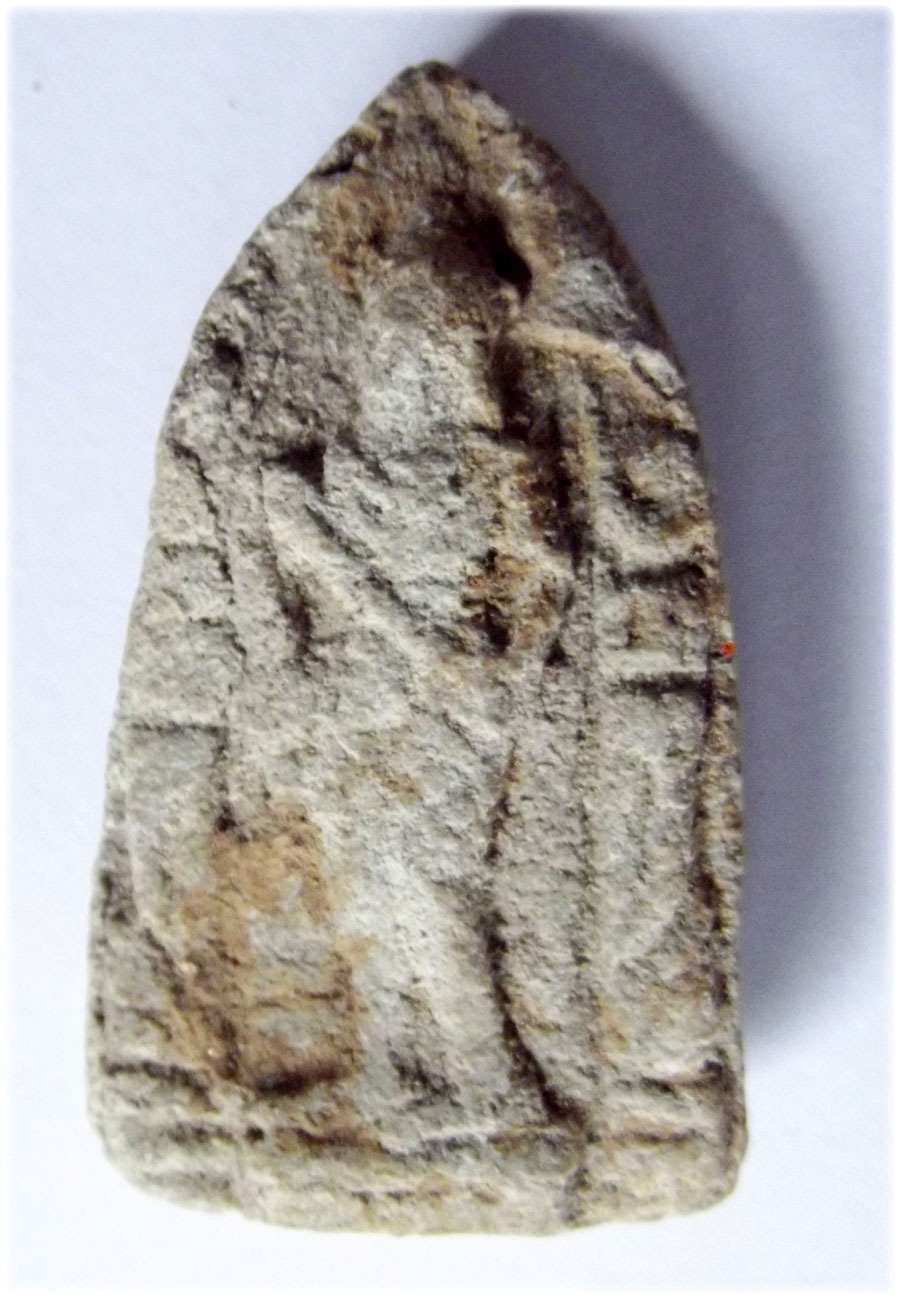 This example is from the middle part of the pile within the Gru Chamber, resulting in a dry texture very hard with equally populated variations in color on the surface, ranging from brown to white. They have a hard, dense, but slightly rough surface texture than those from the upper part of the chamber, which have smoother surfaces, and light gray-white color (upper part of pile), or brownish (bottom of pile). 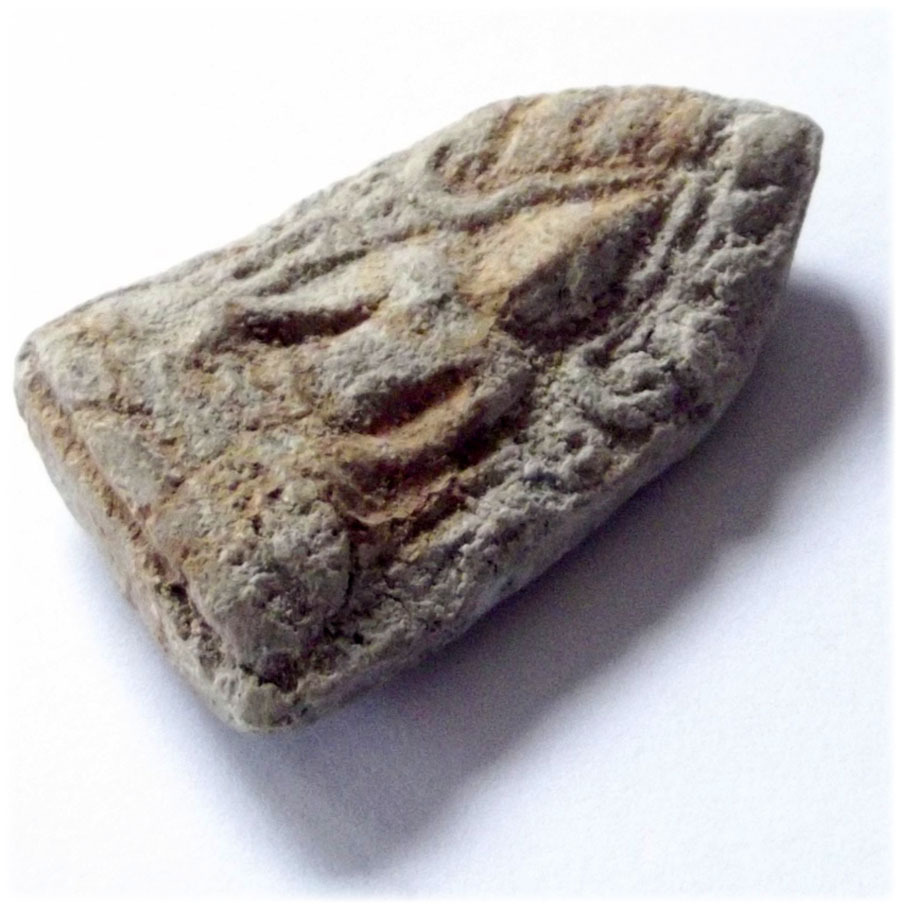 This is due to humidity and water in the lower part of the chamber, accumulating more than in the upper part of the Gru chamber and different environmental conditions causing visible variations in the changes seen to occur. This is a Kong Grapan Chadtri, and Klaew Klaad magic amulet at its finest. You can see film evidence of the miraculous events which occurred after the ceremony lower down in this article. 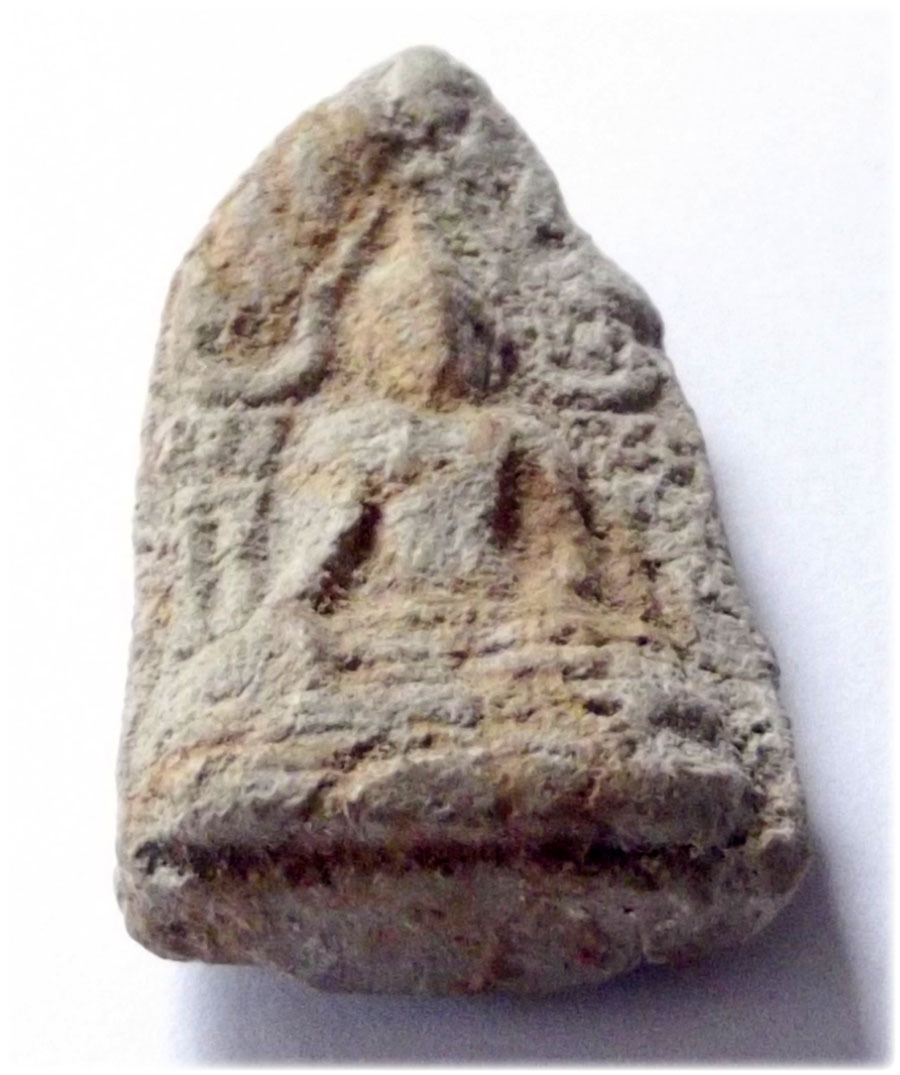 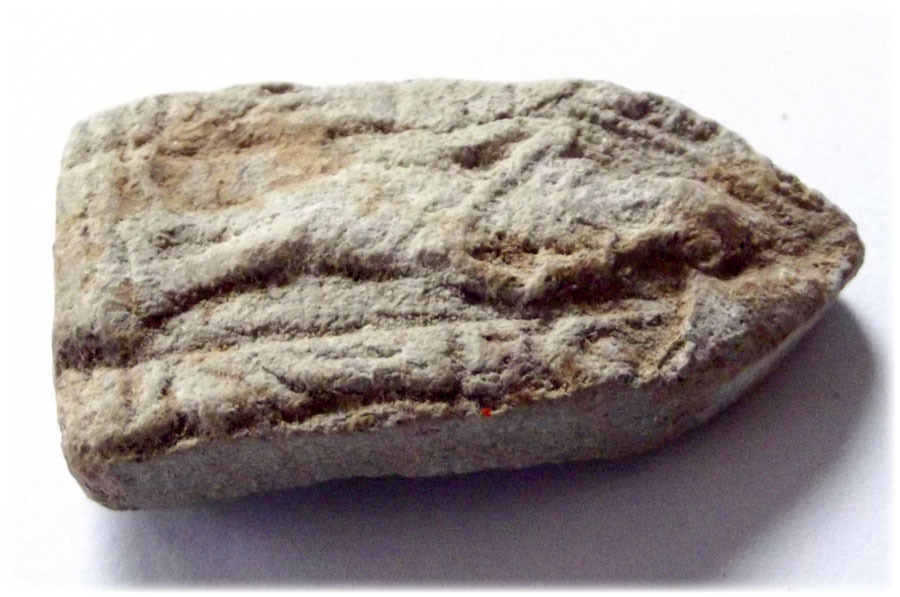 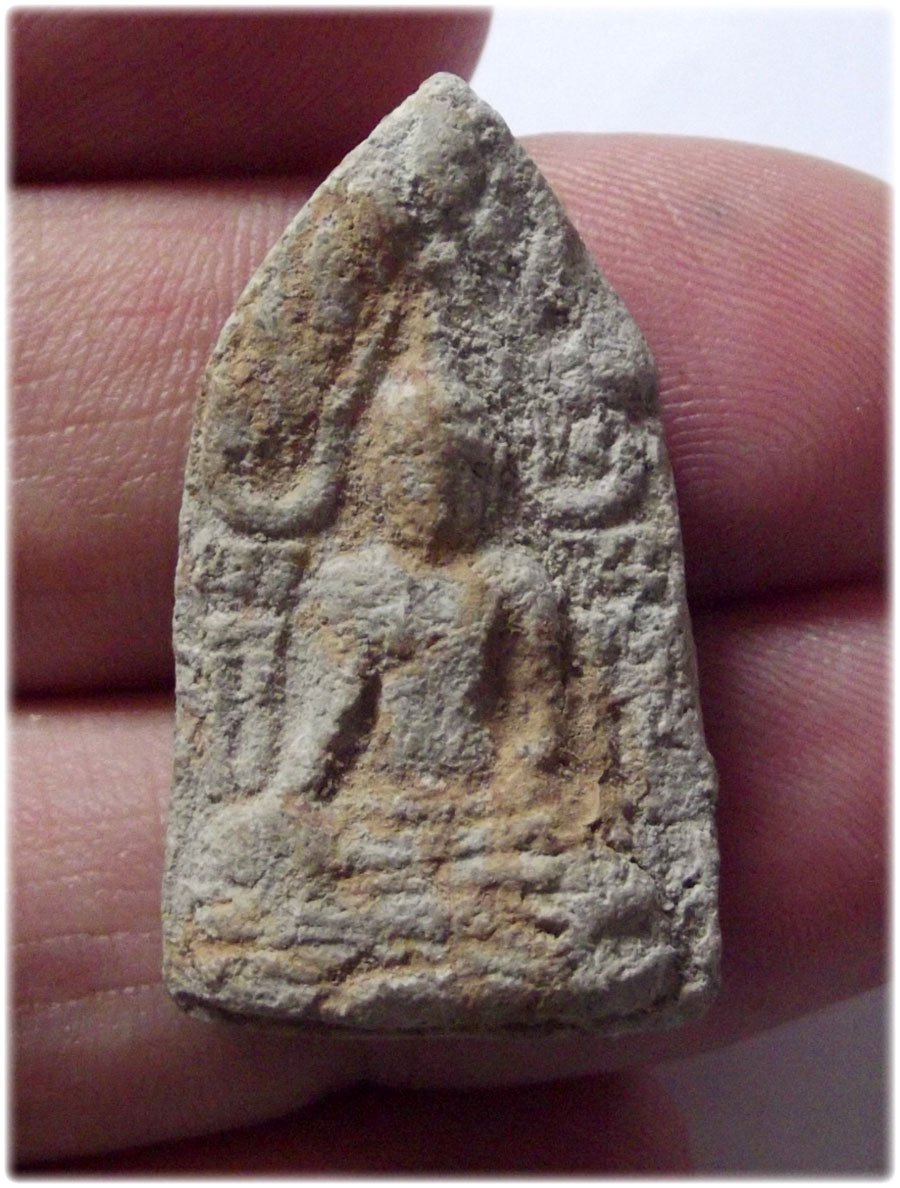 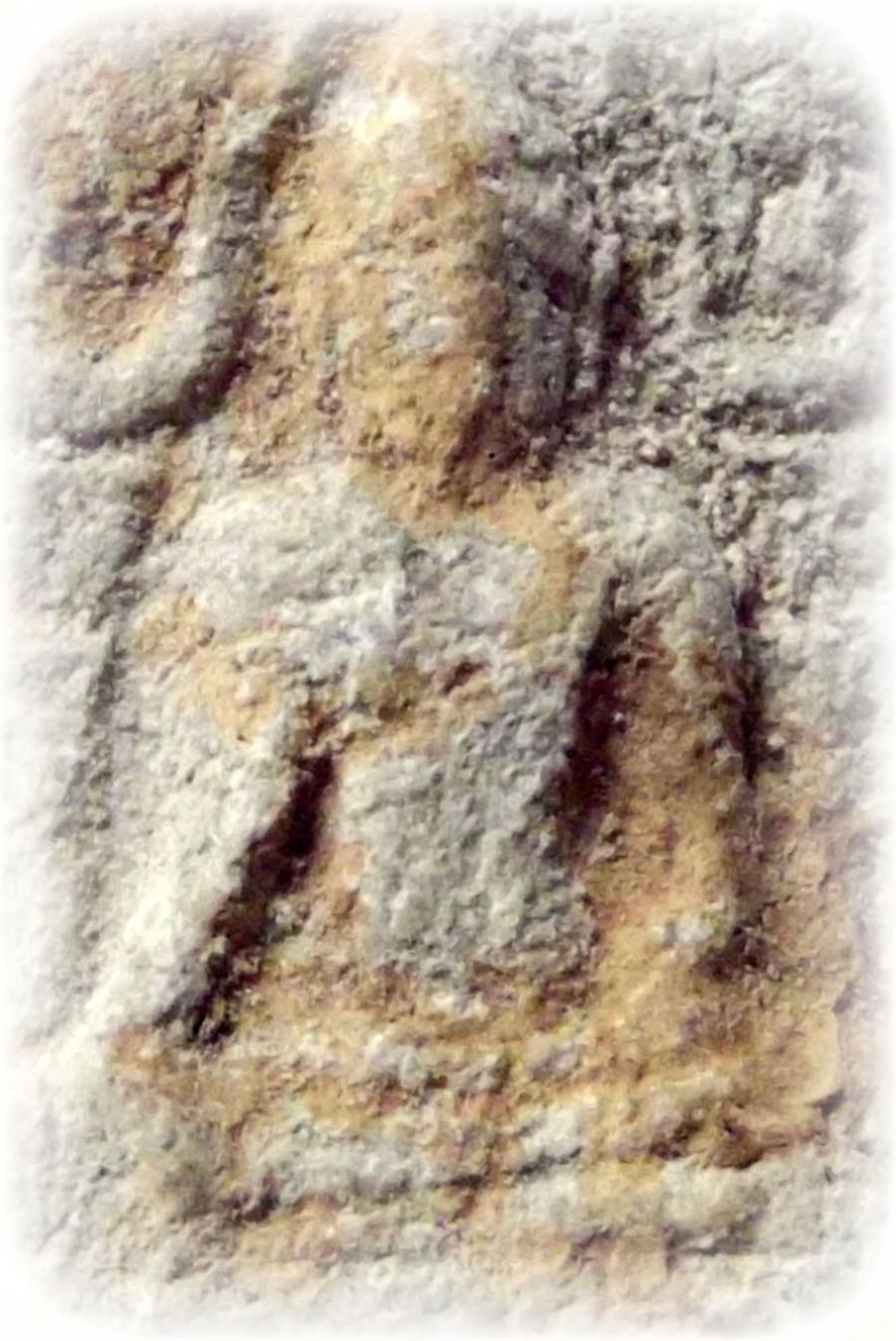