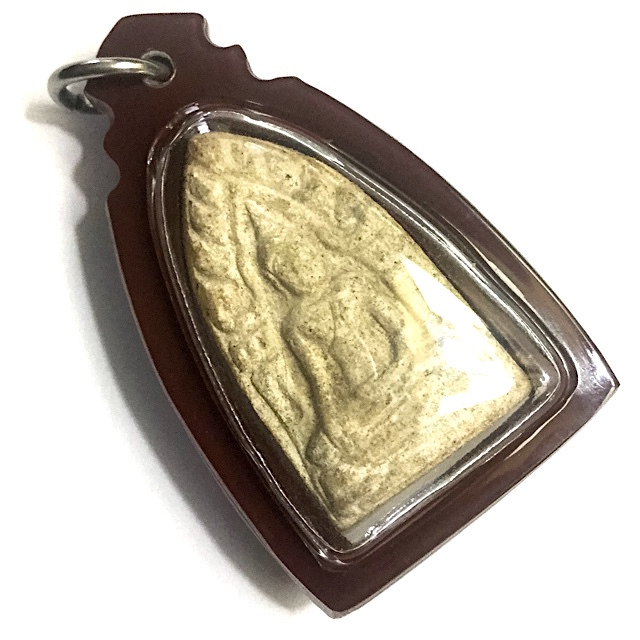 This series of Khun Phaen which was released in the most famous Miracle Blessing Ceremony, which was performed, with the presence of hundreds of Lersi Hermit Masters, from India, Thailand, and around South East Asia, whom Ajarn Chum had invited to assist in the empowerment. Waterproof Casing is included in the price with this item. 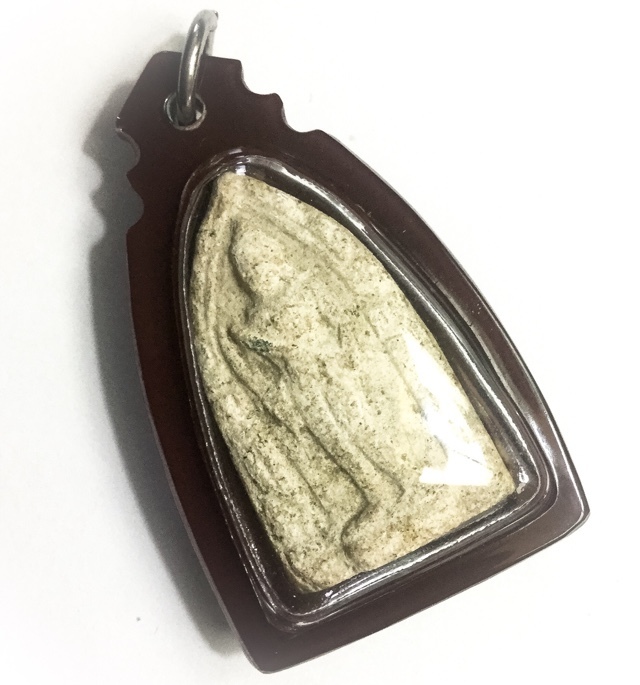 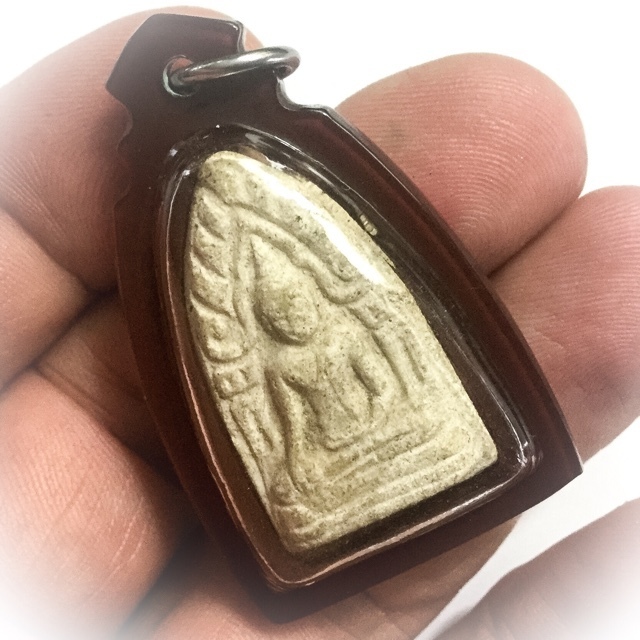 Below you can view a different example of this same edition, for comparative study

This amulet was one of a number of different amulets, oils, and Takrut charms plus some special ritual items, such as magic Mai Kroo wands and Mitmor knives.

These amulets were involved in the famous ceremony of Maha Ud magic performed by Ajarn Chum with amazing displays of invincibility magical proof. This amulet has immense Kong Grapan power (bullet and knife proof). 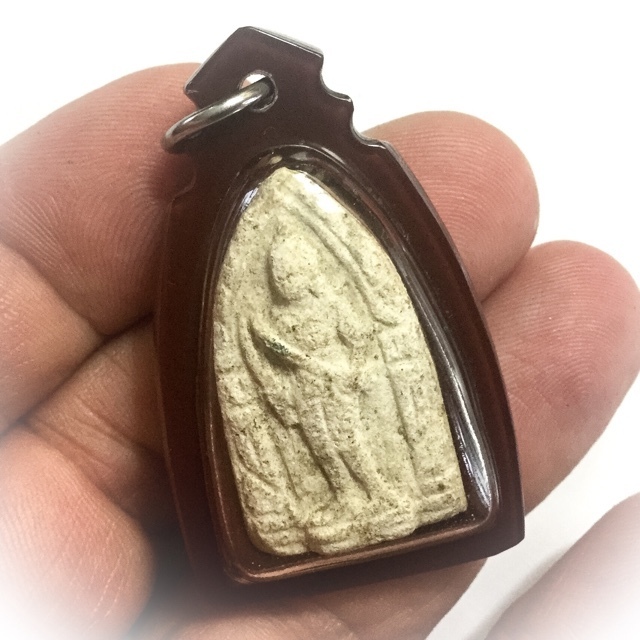 Tests using guns and sharp knives were performed, to test the magic on the throngs of Devotees present. Ajarn Chum is in my opinion the greatest and most powerful lay master of all living history of Thai Saiyasart. 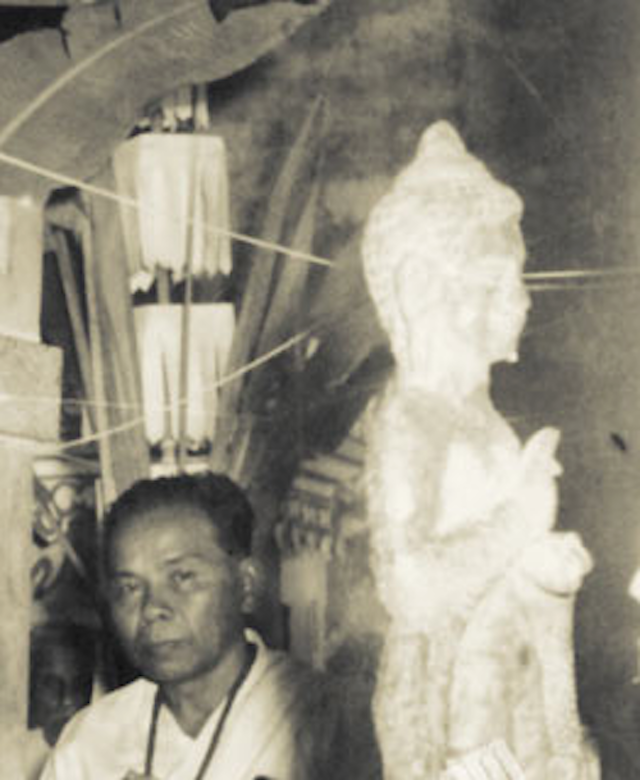 This amulet is a rare old amulet of undoubtable magical power to protect against knives, bullets and the like. This example is in extremely fine condition, and a very beautiful example indeed. Extremely rare. 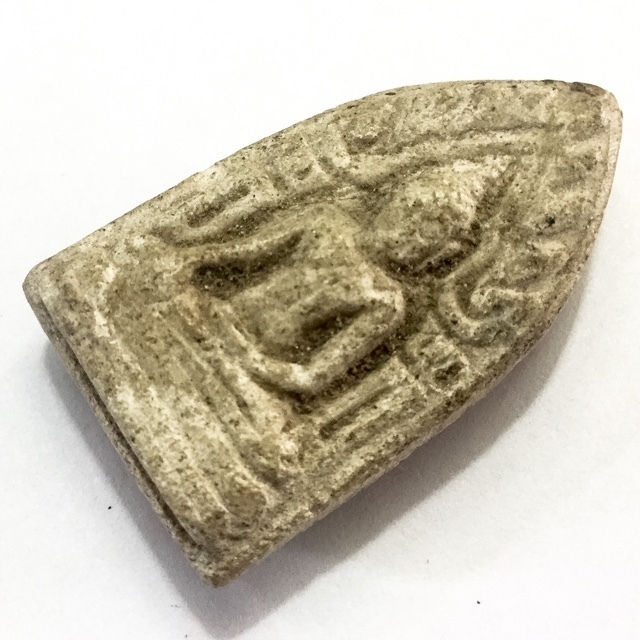 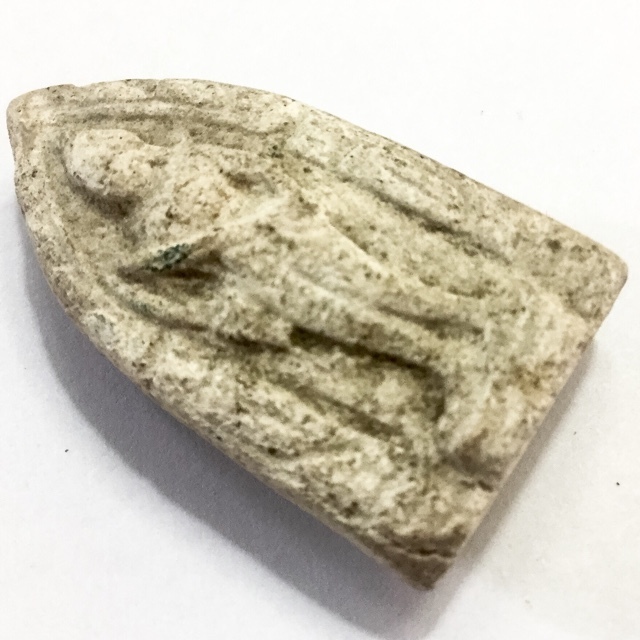 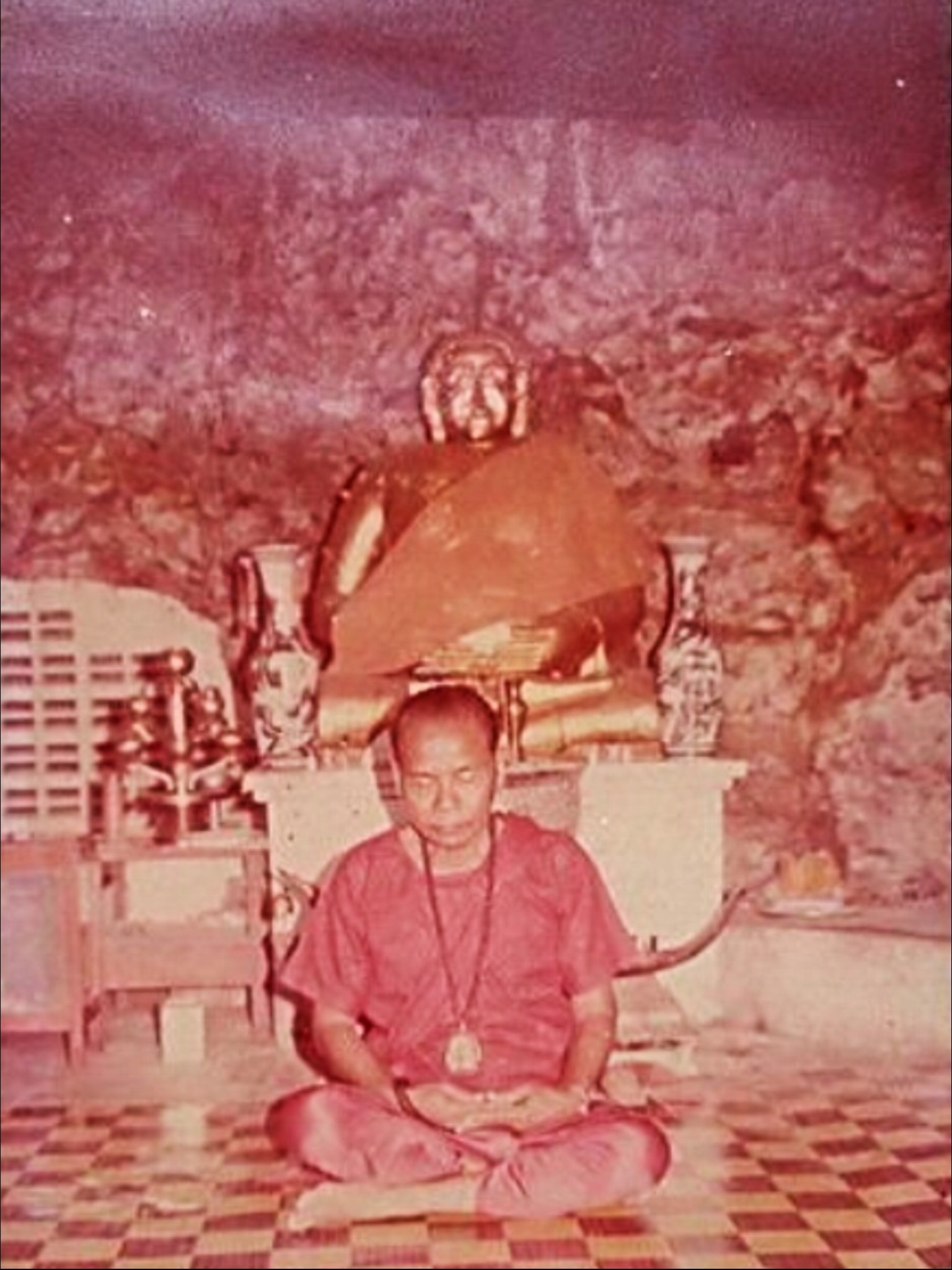 The amulets are famed for their power of Kong Grapan Chadtri, Klaew Klaad, amd Maha Ud to evade, and survive deadly dangers, and even silence guns. The are said to increase Maha Amnaj. 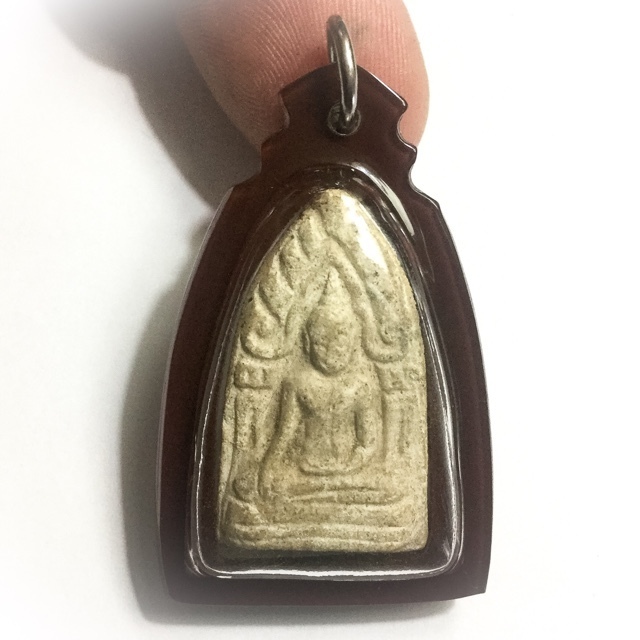 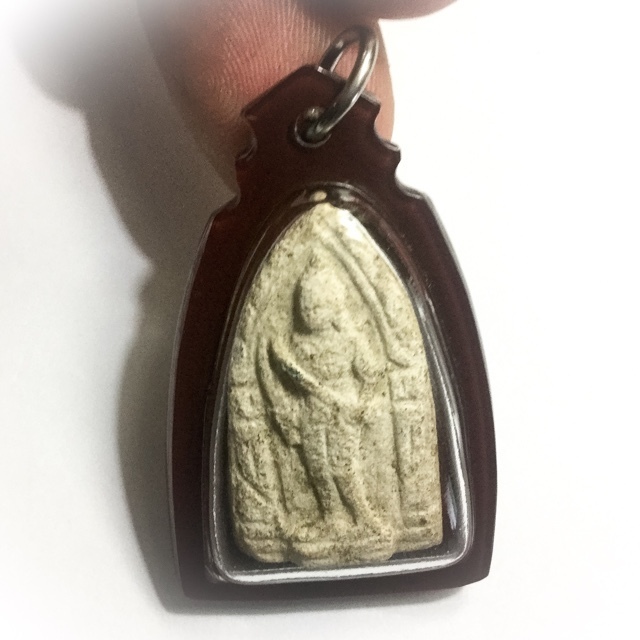 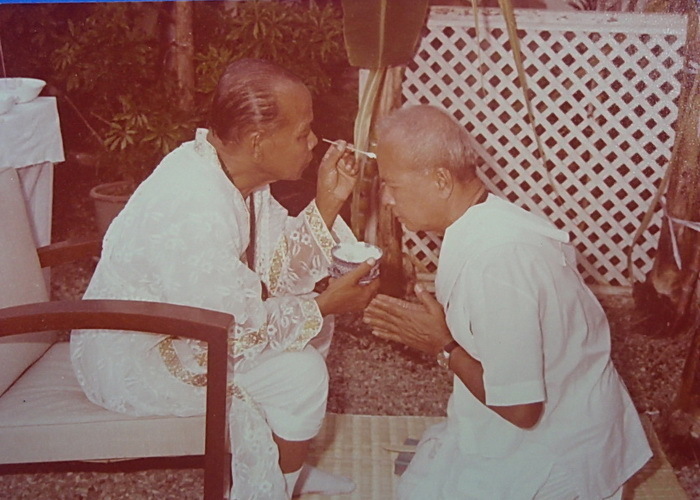 The Pra Khun Phaen Awk Seuk is considered to be second to none for truly potent Magical Kong Grapan Chadtri Power, Ajarn Chum commands a top position in the History of Thai Buddhist Amulets and the Status of Occult legend. 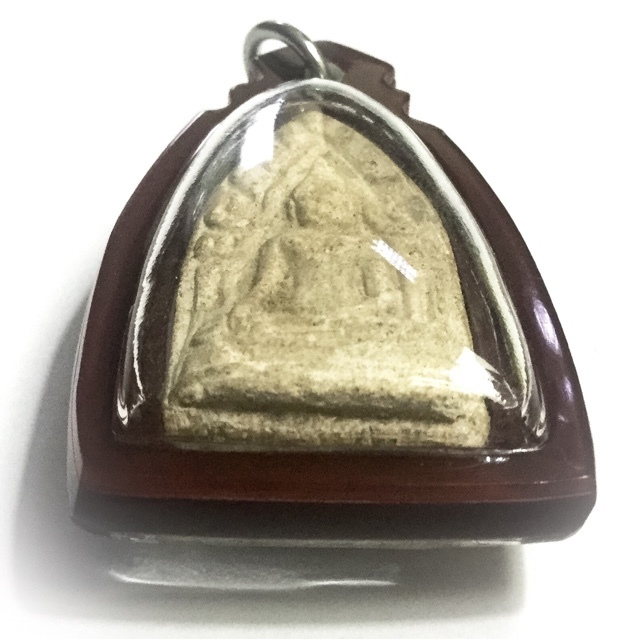 Ajarn Chum was arguably the most powerful and famous Laymaster of all Thai Occult History, and his amazing miraculous feats of Magickal Prowess are still the talk of every Samnak Saiyasart around the country, many years after his passing. 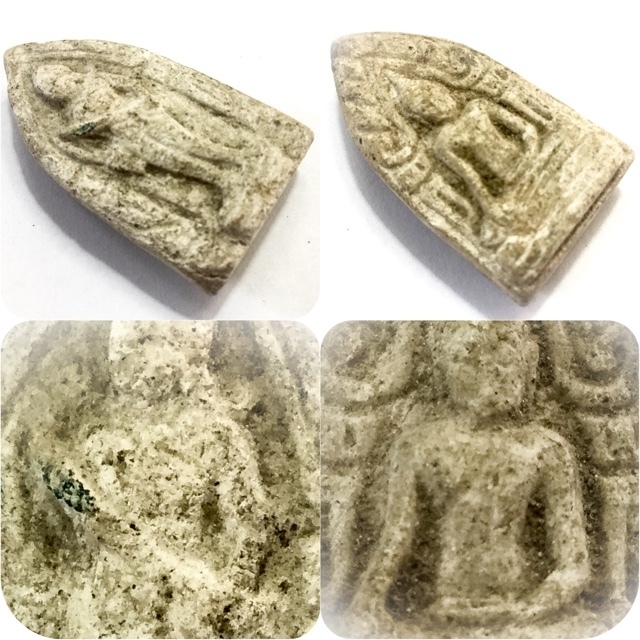 His public shows of Miraculous Magick, has amazed a whole generation of faithful devotees. They are filled with faith in his inexplicable shows of power.

The miraculous events which many people who rever his amulets have encountered, has served to raise Ajarn Chum Chai Kiree to the Status of Grand Master of the Khao or Academy of Occult Sorcery. When Ajarn Chum was just 7 years old, he once grabbed the rifle barrel point of his father's friends gun who had come to visit, and chanted a mere 11 syllable Kata. 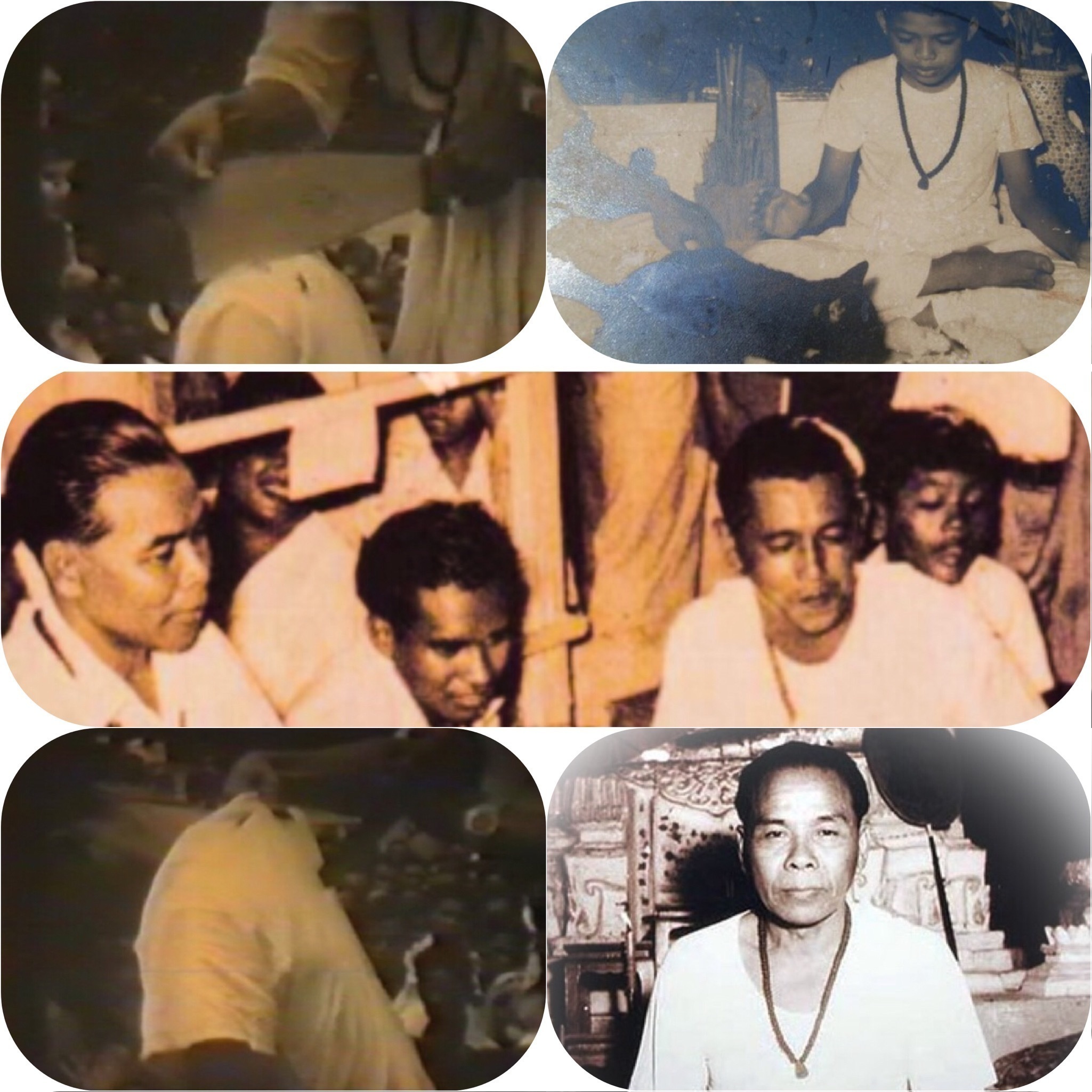 The gun exploded and broke in half the next time it was used to shoot with. These events caused the villagers to believe in his powers, and have faith in his Magick. When he reached the age of Ordination, he ordained under Pra Ajarn Kong and stayed at Wat Chai Mongkol, until his disrobing. 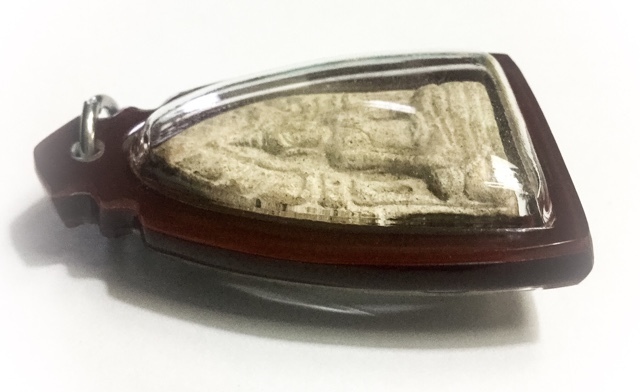 After this, he studied hard further as a Lay Practitioner and studied the Buddha-Dhamma. Later, he moved to Pattalung, and became a practitioner at the Dtamnak Dtak Sila Khao or, under Ajarn Iad (Wat Don Sala), as his Mentor in Magickal Sorcery. He already had fifteen years of ordained study and practice behind him befriended with the Great Luang Por Kong, and now became the Legendary Master of Khao or Sorcery. 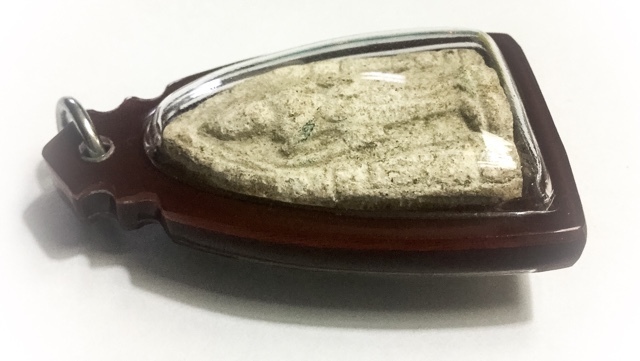 He is famous for many Miraculous feats from his amulets, including his famous Noo Kin Nom Maew Metta Oil, which he made, and tested with a show of putting baby mice and a cat who was giving milk into the same cage, after smearing some oil on them all. 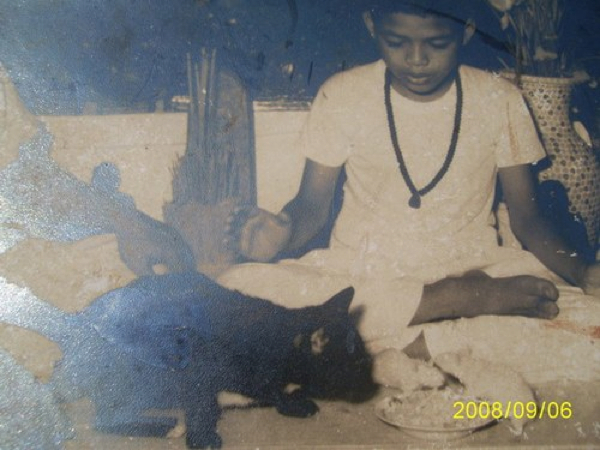 The mice ran to the teats of the cat, and the cat gave milk to the mice. Ajarn Chum had a very strange ability to decipher difficult methods of Sorcery and had a special mind that was attuned to mysterious forces. Ajarn Chum always used his famous magical 'Nam Man Solos Mongkol'' oil, to smear on the heads of the Devotees before performing Kong Grapan Magic. 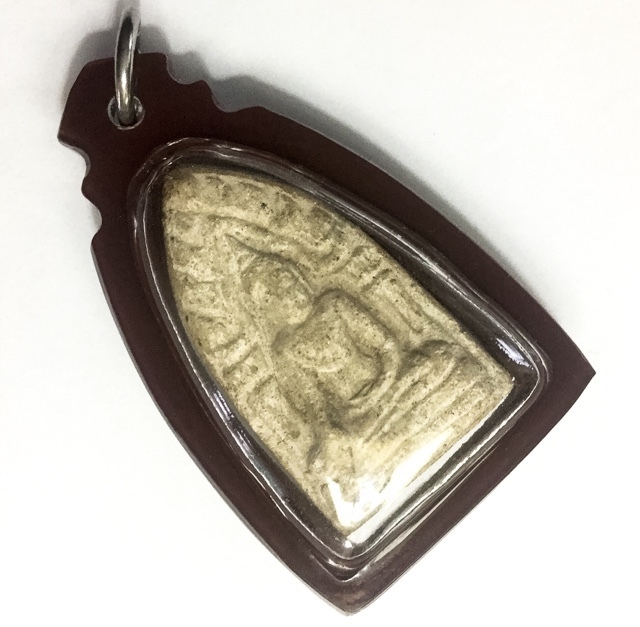 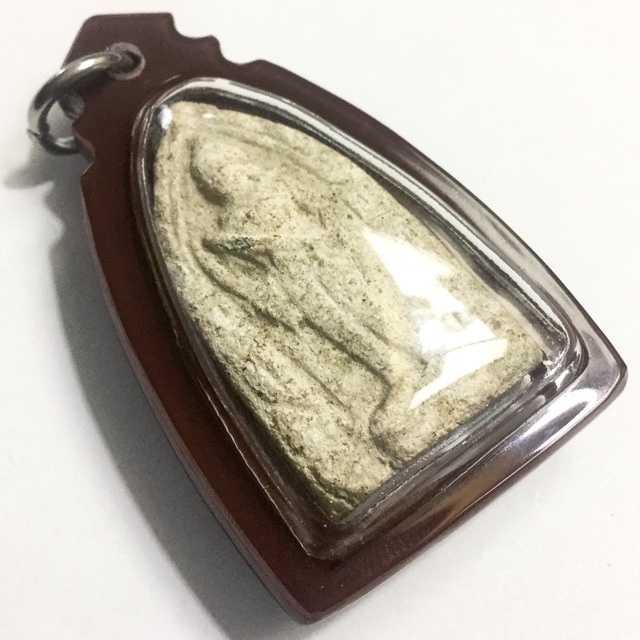