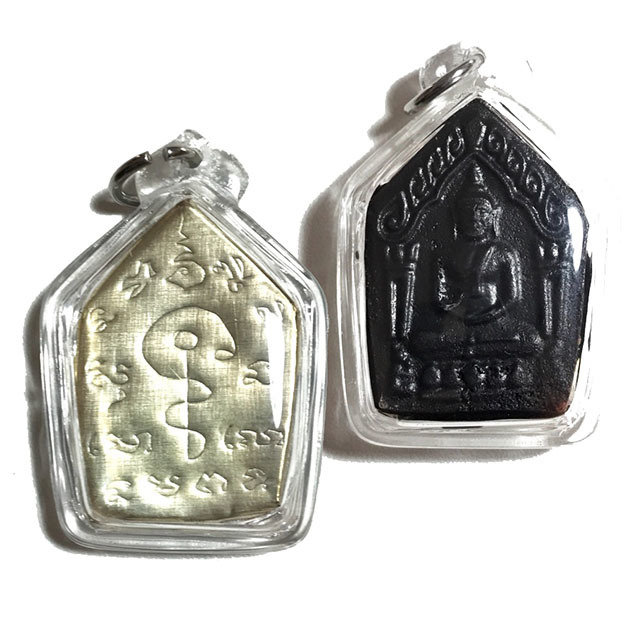 This Sacred Honey Consecrated Lek Lai Buddha image is honed in the form of the Khun Phaen, with a solid silver Yantra Foil (Phaen Yant) with hand inscribed spells in ancient Khom Agkhara, and the Na Hua Jai Khun Phaen Yantra. The amulet was blessed and empowered by the Great Reclusive Laymaster Ta Poon (A.K.A.).

The Lek Lai Buddha comes with a hand inscribed solid silver Yant spell attached to the rear face, within a complimentary Waterproof Casing. Only a very few of each model of these Lek Lai Kaya Siddhi Adamantine Substance amulets were made for this edition, which is now already depleted at the Ashram of Ta Poon. The amulets were empowered during a whole month of nightly empowerments and a final blessing in Wai Kroo ceremony in 2460 BE. 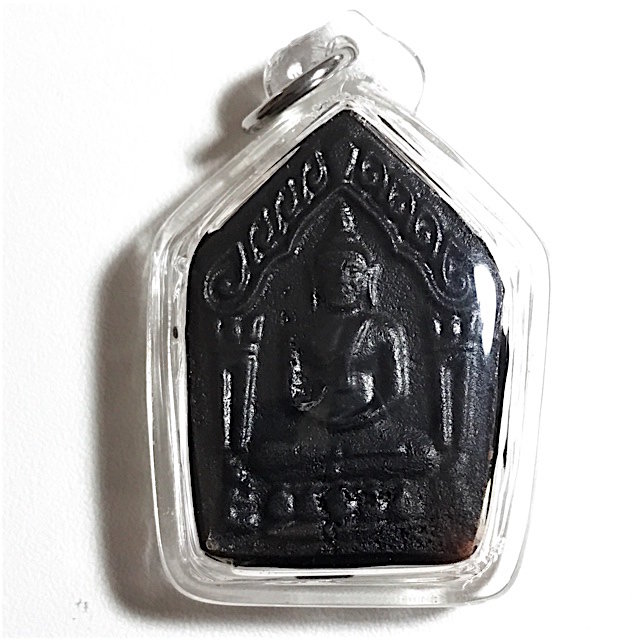 The rear face of the amulet is covered witha solid silver foil with inscriptions, empowered with the invocation of Hua Jai Pra Khun Phaen, for Kaa Khaay Klaew Klaad, Maha Sanaeh and Metta Maha Niyom, and the Hua Jai Pra Sivali, for Metta Maha Niyom Kaa Khaay, Maha Lap, Maha Pokasap. The Pra Lek Lai should be placed on a suitable Bucha receptacle after removing after use every day, next to a receptacle of honey, for it to partake of. 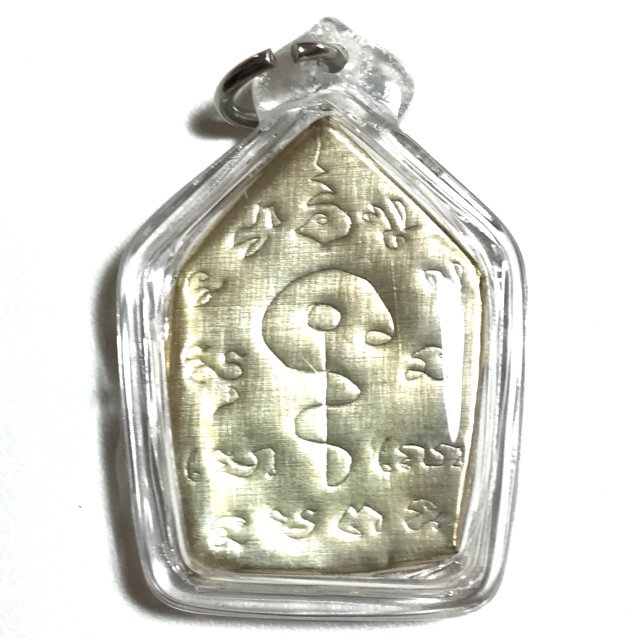 The amulets were made in various forms, including Pra Somdej, Pra Khun Phaen, and Pra Nang Paya Buddha. The amulets were consecrated with immersion in Sacred Honey before encasement for empowerment The Lek Lai Kaya Siddhi Adamantine Substance amulets were ritually bathed and consecrated in the Nam Pheung Duean Ha Sacred Honey during their empowerment, to charge them up with the full power of fifth full moon honeycomb sacred honey offerings, and imbue the Lek Lai with immense power of Maha Lap Maha Pokasap Serm Baramee. 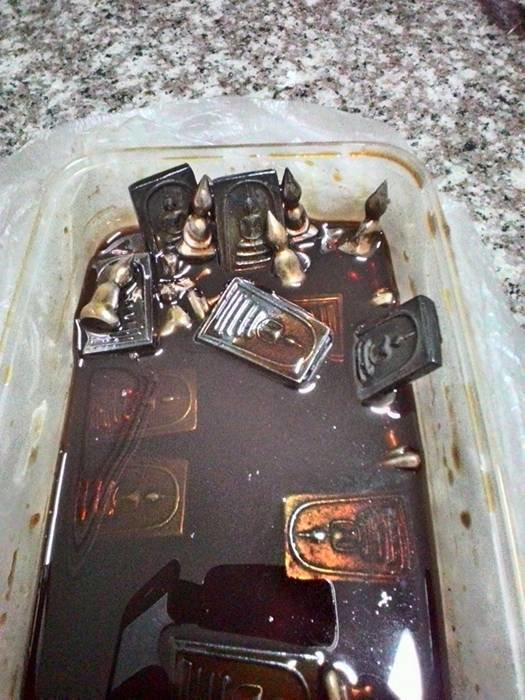 This amulet is pure Lek Lai Nam Neung (Grade A Cave Lek Lai) from the Holy Mountain of Khao Um Krum. Extreme Protection and Wealth Increase is awarded with this amulet. If there is any form of Lek Lai, or place where it is said that real Lek Lai should be found, it is the Um Krum Cave.

Before the Public Interest in Lek Lai began some years ago, Lek Lai was almost always assumed to come from caves in mountain forests, but in modern times there are also other forms of extraction which combine science and technology with Kata Akom Magical Incantations.. It is said that Lek Lai of the type found in caves can be stretched when heated, and coaxed into different forms. 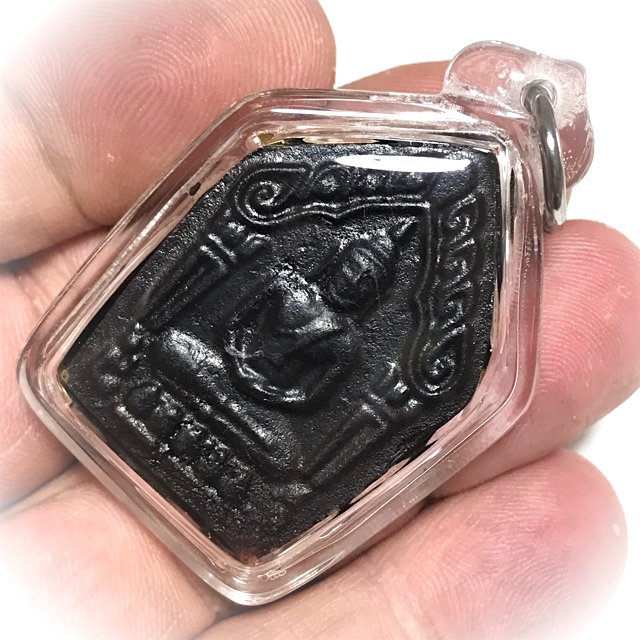 This is done by anointing (bathing) the piece of Lek Lai in honey as it is still in its raw Mineral form, and then heating it under a powerful flame, until the Lek Lai hidden within it liquifies and runs out of the stone, to come and eat the honey. The Lek Lai is coaxed into dripping down in a thin long line, and then it is cut using a special consecrated cutting instrument, such as a Meed Hmor spirit knife. It is believed that it is not possible for any person to cut Lek Lai, for the Lek Lai is guarded over by the spirits and Devas of the Cave and the Forest, as well as the local Yaksa giants who protect it. 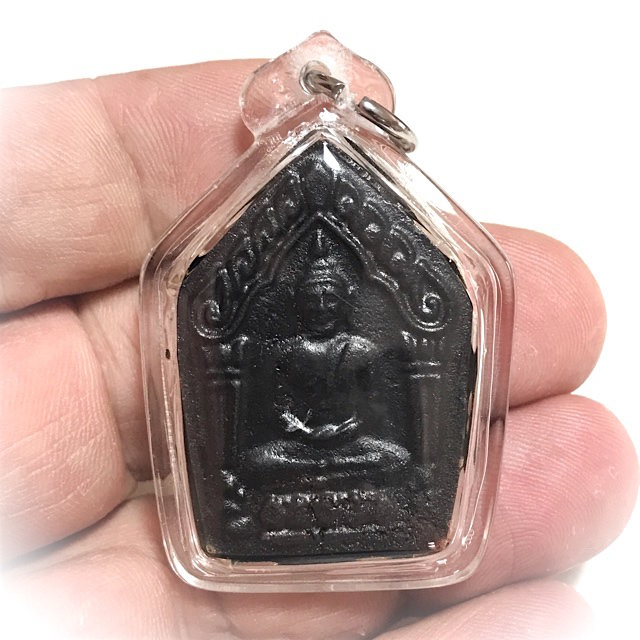 In addition, the spirit within the Lek Lai is extremely powerful and can harm the person who tries to cut it. It is said that the person who cuts the Lek Lai must not only learn the Wicha, but also have gathered enough Merit to be able to approach and cut the Kaya Siddhi. Whoever is lucky enough to receive the protection of Lek Lai, will be impossible to harm or kill with bullets, knives or other sharp instruments, and even explosions. Gunpowder or other such explosive materials can not come close to a piece of Lek Lai and are repelled by its Adamantine Nature. In addition, Lek Lai protects from poisonous animals such as Mambas, Cobras and the like. 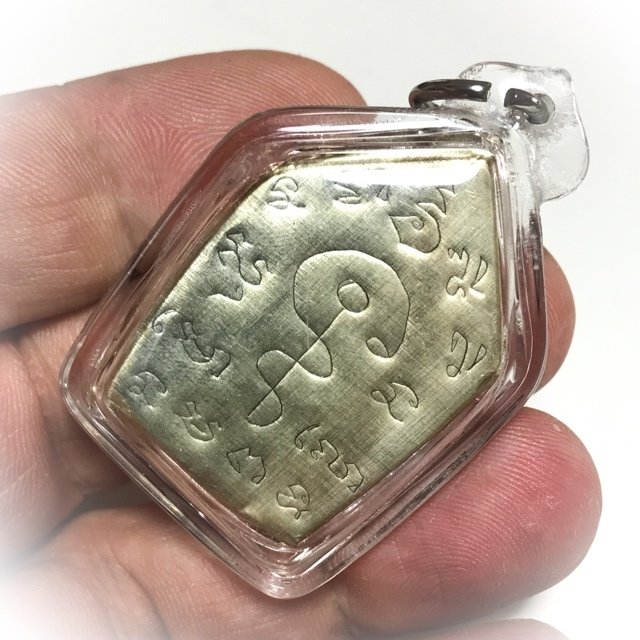 1. Lek Lai (Pure Lek Lai) – this can be stretched and liquified under flame, and possesses extreme power.

3. Khee Lek Lai (Lek Lai residues) – this part of the Lek Lai looks like dripping candle wax, and is very brittle and can be broken if it recieves a hard blow. This kind of lek Lai, if occurring in large amounts, is said to not be very powerful compared to pure Lek Lai and Rang Lek Lai. 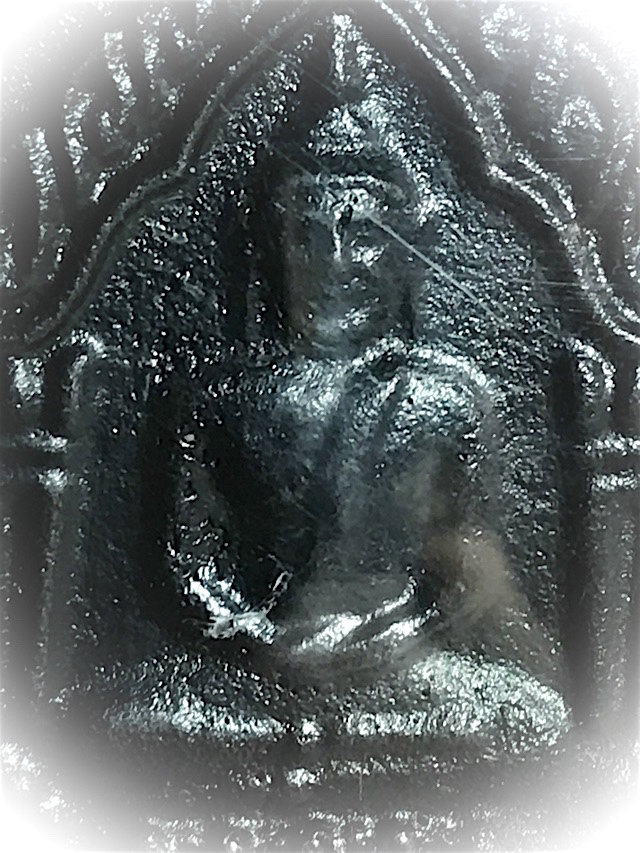 Lek Lai is then given three different classification levels too

3. Khee Lek Lai – the by product, or residue. Often used for making sacred powders as part of the mixture which is then pressed into powder amulets, also used in prayer water, and also placed on its own dais and worshiped on the altar, or carried as a Luck bringer and Protective elemental substance. 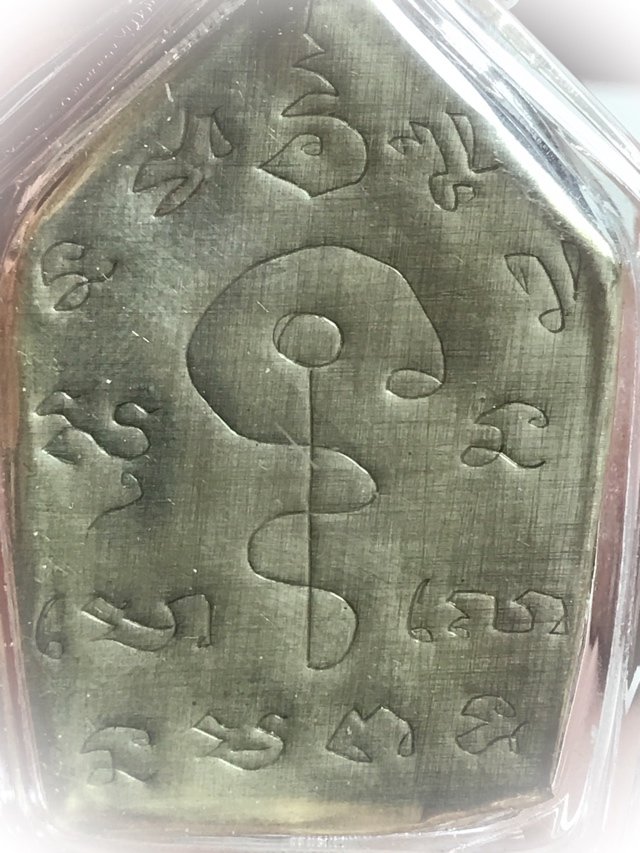 Ta Poon is a reclusive Lay Master who has retreated to the forest and uses this name as an assumed name to avoid attention. He was blessed with being the apprentice of Luang Phu Suang, learning Wicha from him and a number of associated Adept Sorcerors, of both Ordained and Laymaster lineages.

He recieved Wicha from a total of 295 different Adept Mages, Sorcerors, and Necromancers. The majority of his training however, came through the lower Northern Region of Thailand through the Luang Por Derm (Wat Nong Po) Lineage, and the Magical Master Lineage of Luang Por Tob of Wat Chon Daen. 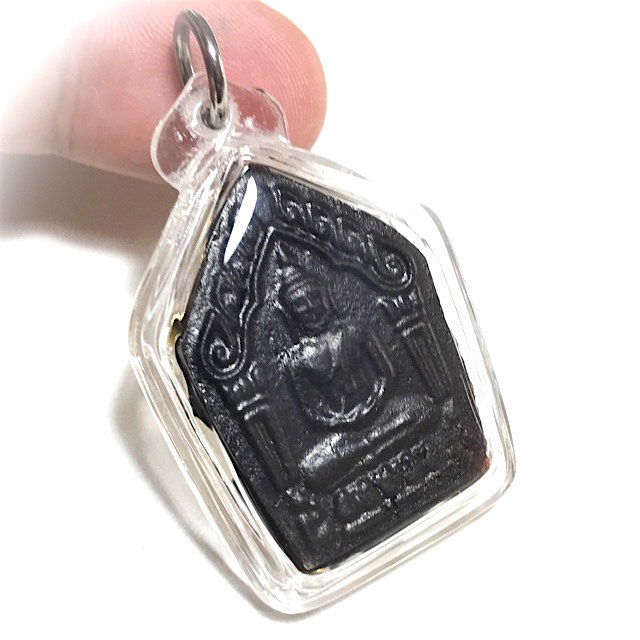 When asked about the origins of his Manyfold, and Powerful Wicha, Ta Poon recounts of the time he was ordained as a Samanera, ordained by the Great and Mysterious Luang Phu Suang Tewada Len Din himself, and that he remained practicing under the tutelage of Luang Phu Suang for a period of 15 years. 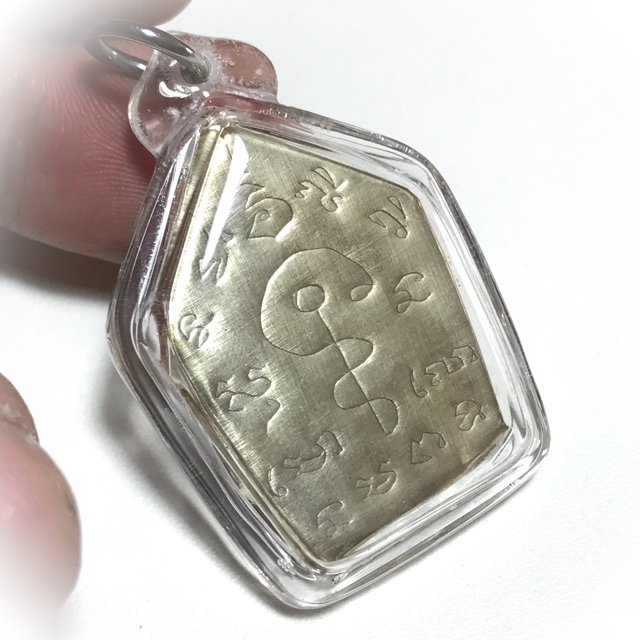 As far as Wicha Metta Mahaniyom and Maha Sanaeh are concerned, Ta Poon had wives in every province through which he had traveled, or ever settled, and it is said that despite his old age, that, his last wife which he took was only 27 years old. This was as he was already at the ripe old age of 84 years old. These days are however, over. He now lives secretly under an assumed nickname (Ta Poon) in the deep forest in the north eastern region near the border land areas of Thailand between Cambodia and Laos.

Very few people know of his whereabouts, but those people still travel into the deep forest to find him and beseech him for his famously powerful magical Sorcery Spells and blessings. He still performs Holy Water Blessiings, Exorcisms, and creates special Takrut Spells and empowers an array of amulets for those who are able to find him, and are able to find his favor. 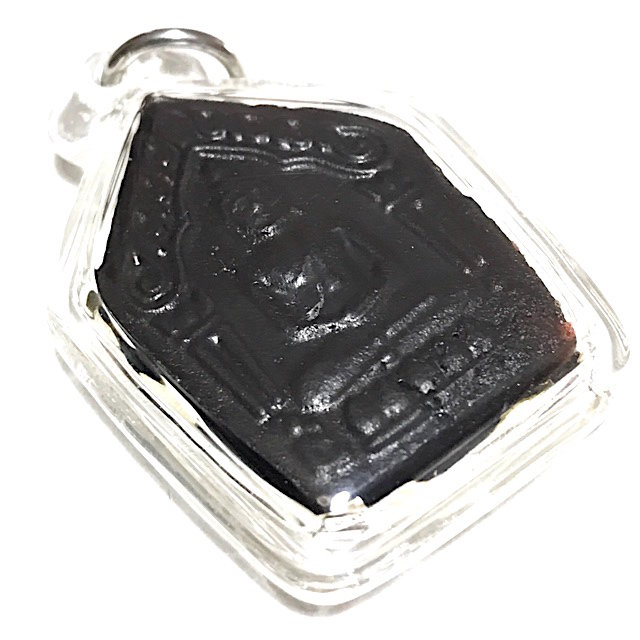 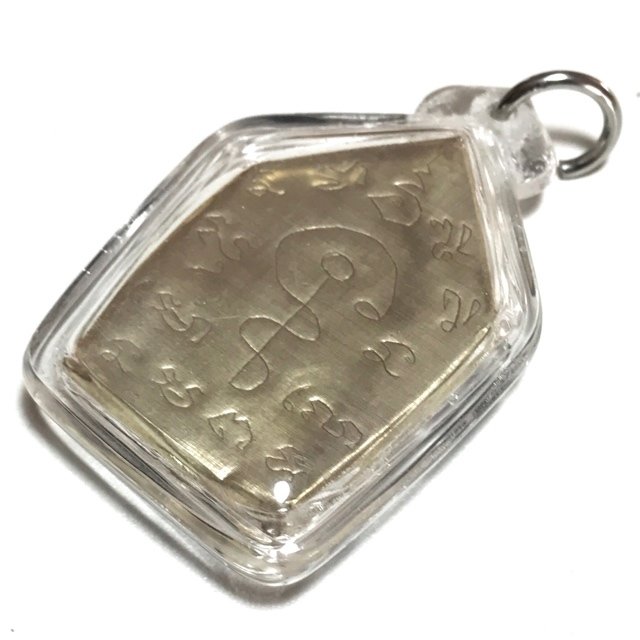 Light 12 Incense sticks, and inform the Local Deities and Ghosts about your intentions, and ask their blessing and to protect the household. Bai Sri cones, or, if not available, flower offerings. Honey offerings (one small glass can be placed to the side of the Lek Lai, you don’t have to immerse the Lek Lai in the honey). Perform Bucha Ceremonial Offerings every Full Moon, and lay the Lek Lai out to bathe in the Moonlight, to increase the power of the Lek Lai, and then feed it honey. 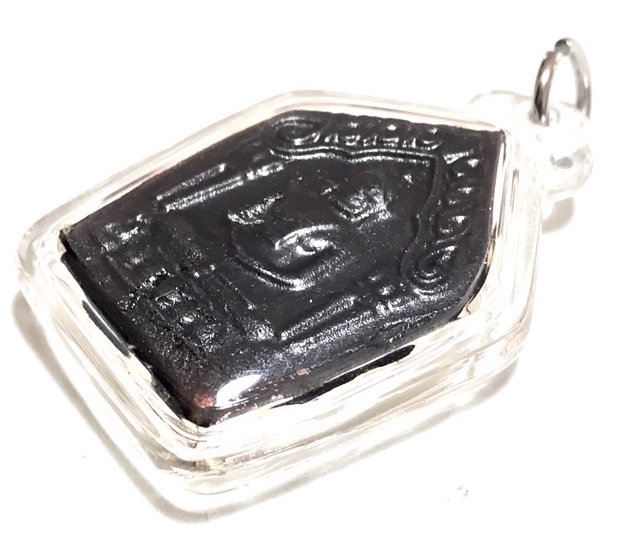 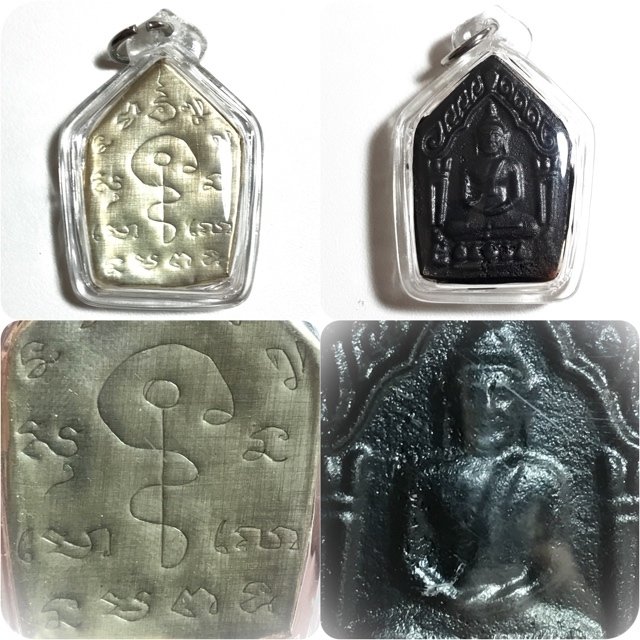