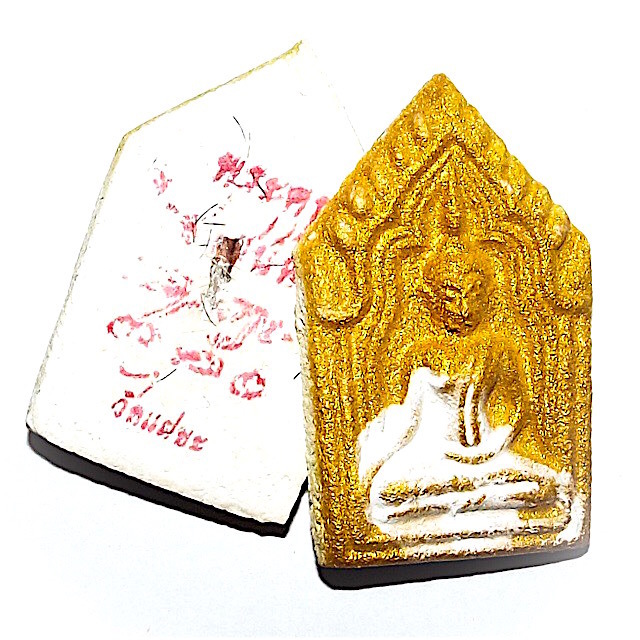 The Pra Khun Phaen Pra Jantr Paen limited series amulets were made in various models, all of which are 'Ongk Kroo' masterpieces and were created in extremely small numbers of each model.

The amulets were all pressed with the hand press method, individually pressed one by one by the hand of Pra Ajarn Gorp Chai. The edition was created to donate to Luang Phu Tin the current Abbot of Wat Mae Ya Temple as an act of generosity from Pra Ajarn Gorp Chai, to assist the temple in raising funds, and to 'Serp Tord' the Wicha of Luang Phu Ban, deceased previous Abbot of Wat Mae Ya. 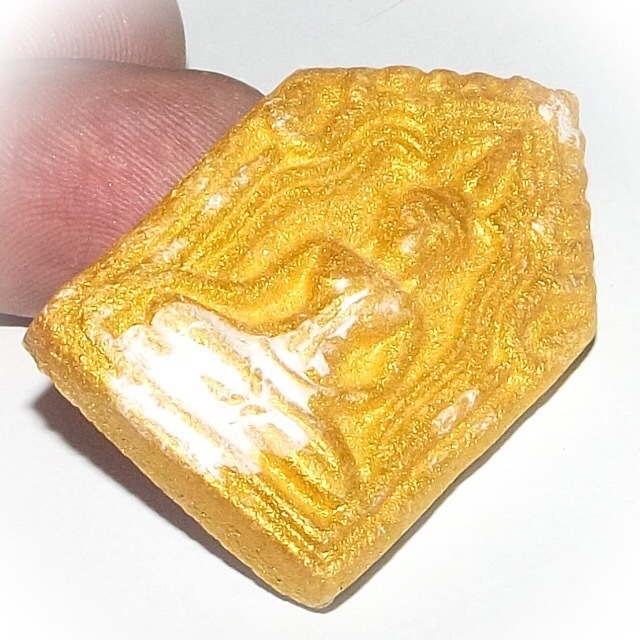 Luang Phu Ban, was an Arya Sangha Monk, considered an Arahant by his devotees. Luang Phu Ban was a close friend and companion of the great Kroo Ba Srivichai, who travelled with the great master on Tudong Forest Wandering until the passing of Kroo Ba Srivichai, and went on to become the Master of Wat Mae Ya, and a highly revered Arya sangha Monk in his own right up until his own passing. 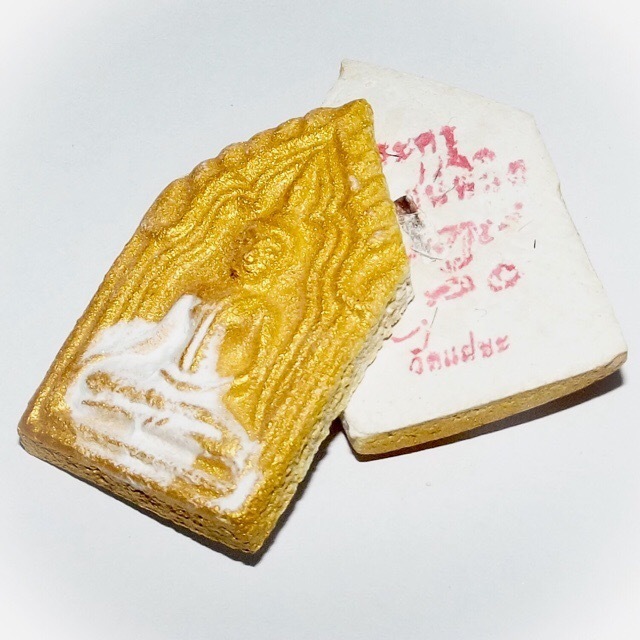 This model it the Pim Pised Nuea Khaw Lae Chompoo Fang Takrut Sariga Koo Roey Gesa Luang Phu Ban Daan Hlang - which was made in two clors; Pink, and also in White Powders, with 2 Takrut Sariga , and Hair of Luang Phu Ban on rear face - Only 99 of these amulets were made both colors combined (50 of one color, and 49 of the other). This makes these amulets of course an extreme limited edition that can be considered an Ultra Rarity, from the day of their creation. 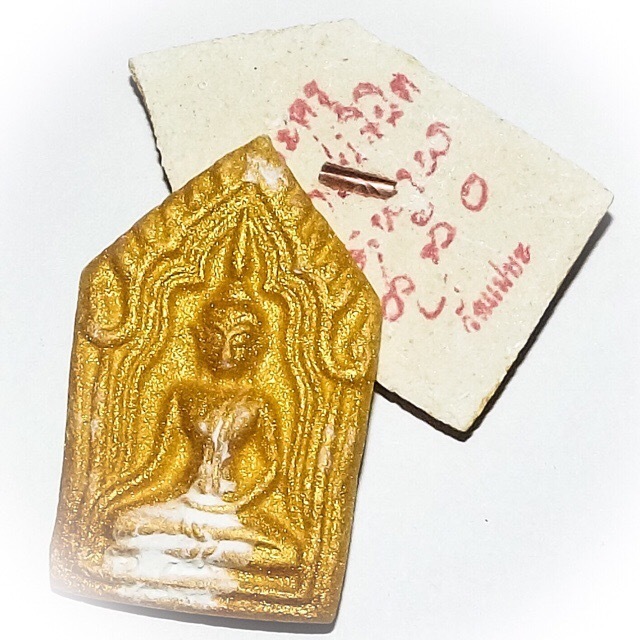 The Muan Sarn Sacred Powders are enviably rich in Sacred Substance, which is highly evident when viewed, even without an eye loupe. The front face has a gold painted surface, and has received 'Jerm Paeng Sek', which means that the Monk blessing the amulets, smears Sacred Blessed Powder on the face of the amulet using the forefinger, and performs Incantations. 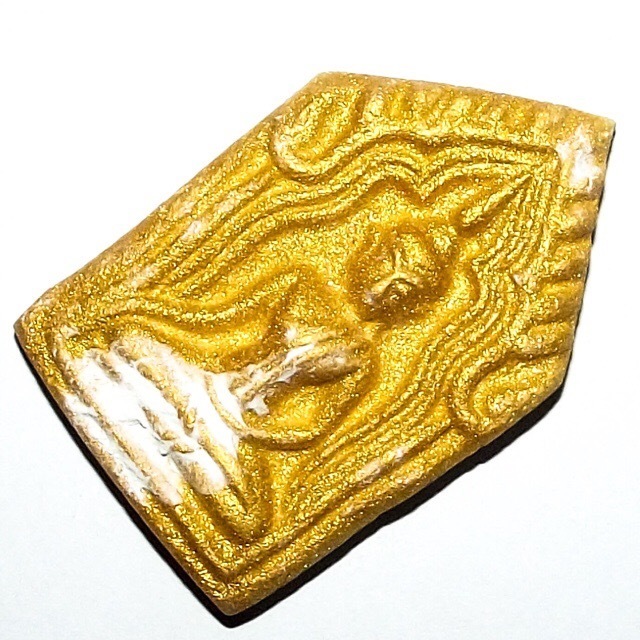 The Sacred Powders can be seen to have porosity factors which are an important aspect of high quality sacred Powder amulets, which will influence the appearance of the amulet over the passage of time and increase its beauty with aging, as humidity changes over time allow the amulet to 'settle' and develop the classic features and aspects of a true Pim Niyom amulet of Classic Proportions. 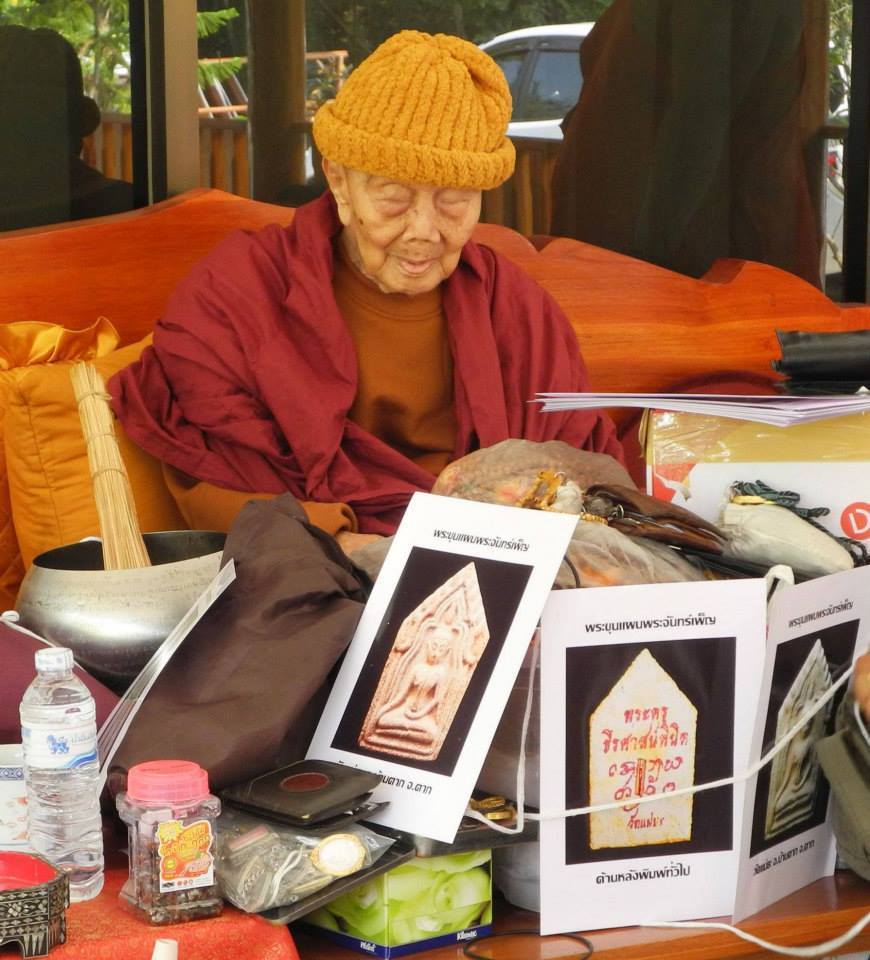 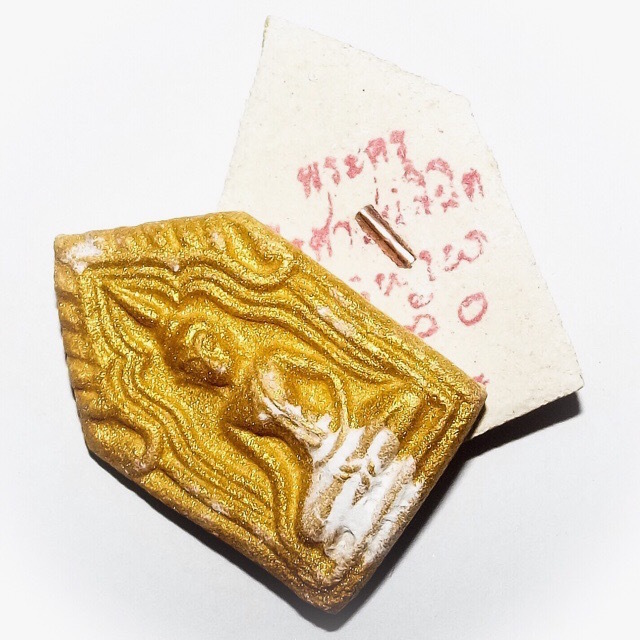 Flowers used in offerings by Monks to pray to;

1. The remains of Luang Phu Kroo Ba Bpan, the Deceased Ex Abbot of Wat Mae Ya, whose remains have become relics, preserved at the temple.

3. Flowers used to Pray to the Boroma Tat Relic of Ban Tak

4. Flowers used to Pray to the Shrine of Pra Jao Pha Sam Ngao 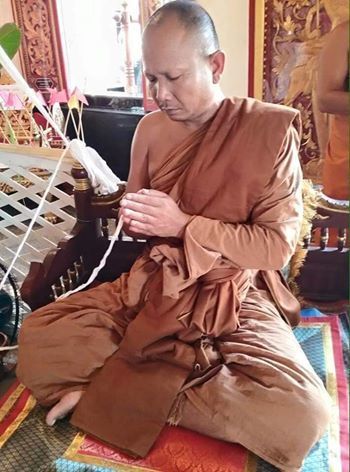 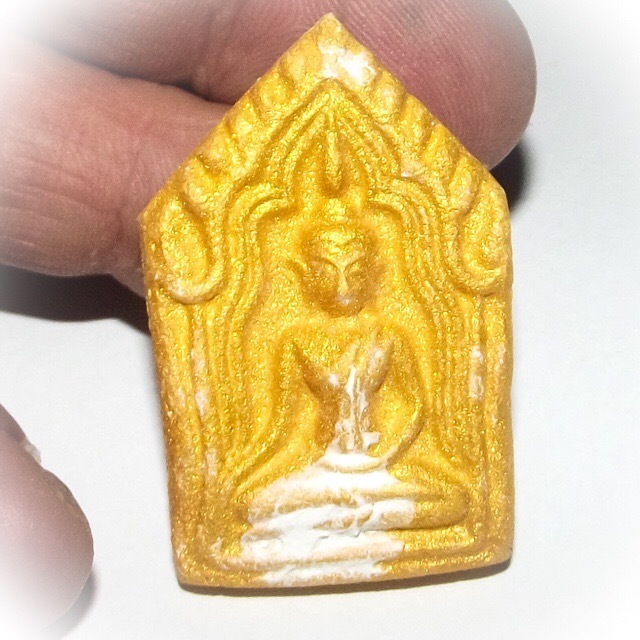 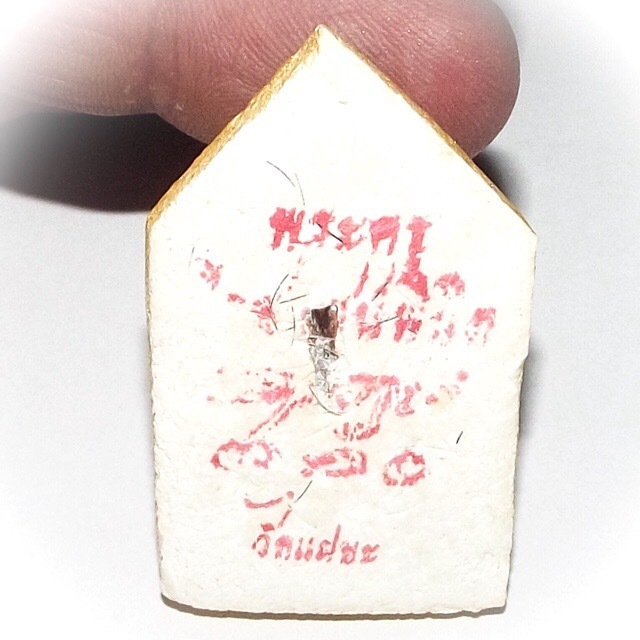 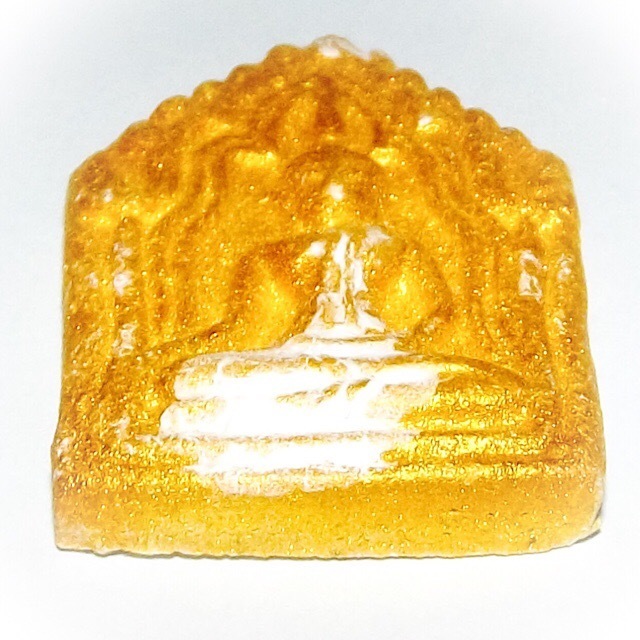 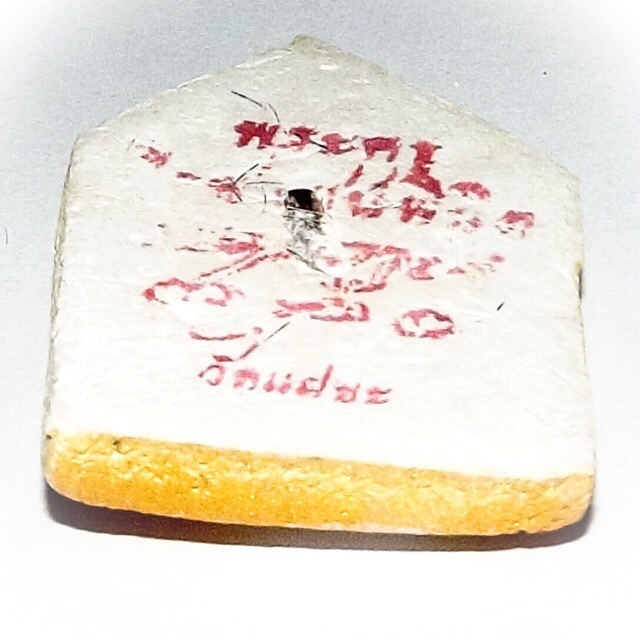 The Block Mae Pim used to press the Pra Khun Phaen by hand, was destroyed after the amulets were all pressed, to maintain this inimitable edition impossible to replicate 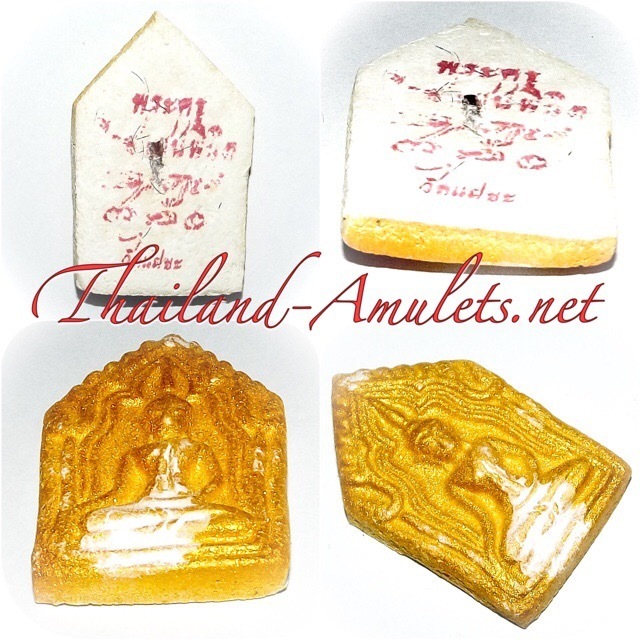