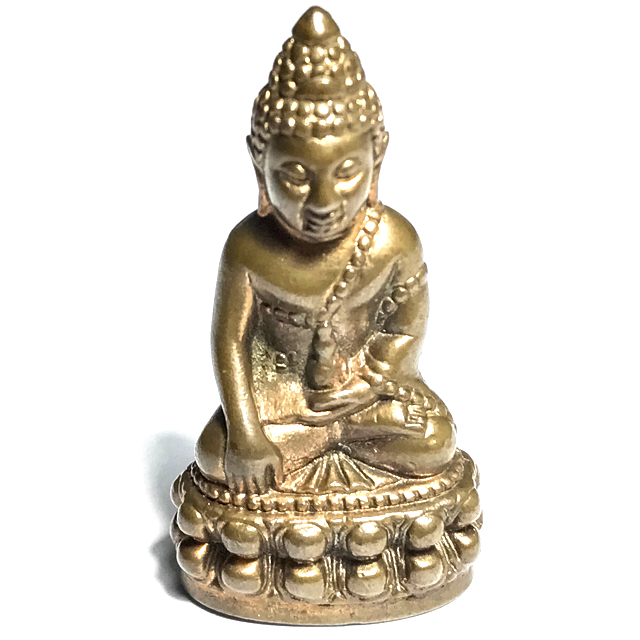 Sacred Pra Kring from the 90th Anniversary Celebration of the Royal Sangkaracha Monk Somdej Prayan Sangworn, of Wat Borvornives (Now Deceased). The Loi Ongk statuette is made in Nava Loha (9 Sacred Metals), with code stamp and the insignia of the Sangkaracha Monk ('YSS' for 'Yor-Sor-Sor'). Only 1999 Statuettes were ever made in nava Loha for this edition.

The temple of Wat Borvornives ('Wat Bovorn' for short), is said to be the 'Dton Dtragun' (Root Temple) of the Thai Pra Kring Medicine Buddha Amulets, from which all the Wicha Pra Kring of all temples in Thailand derive their methods. It is the King of Thai Pra Kring, and every edition becomes a classic family heirloom amulet of Natonal religious Importance. All editions of Pra Kring Wat Bovornives are highly valued for their immensely sacred Chanuan Muan Sarn substance used in their making, and for the sacred blessing ceremonies, which always have the most important powerful Masters from around the country attending to empower. 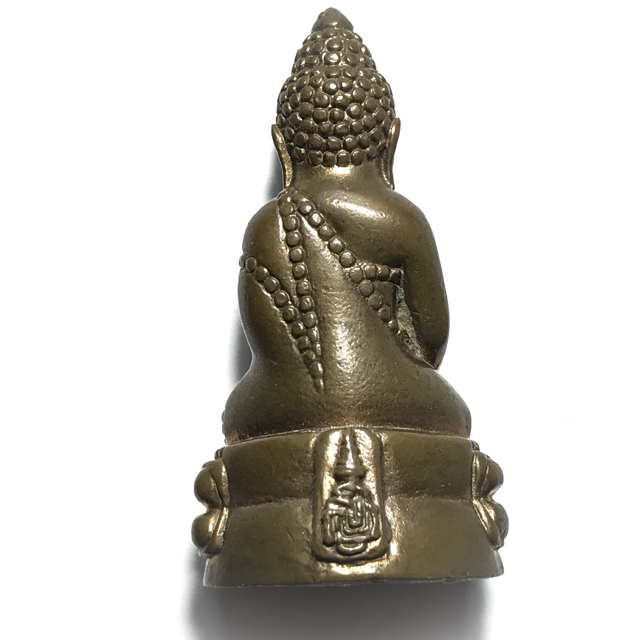 This Pra Kring edition was smelted from ancient Buddhist artifacts, including the first edition Pra Kring of Wat Bovorn (in whose image it is also made in), and hairs from His Holiness Somdej Prayan Sangworn Pra Sangkarach Sakol Maha Sangka Bparinayok the 19th Royal Sangkaracha in Lineage. His Holiness Pra Sangkarach began to bless and empower the Pra Krin on the 25th September 2546 BE, and spent a full 3 Months of nightly chanting of the Patimokkha, to give the amulets the Traimas (Trimester) Empowerment, as is proper for the empowerment of amulets. 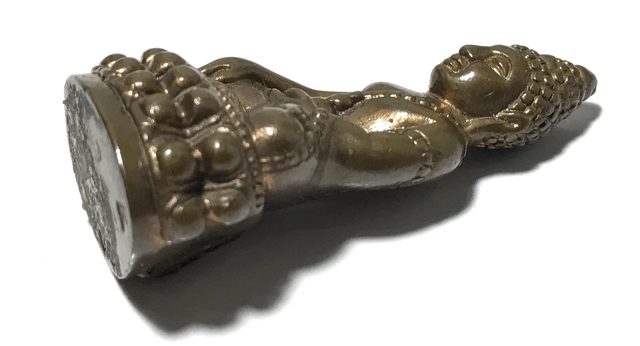 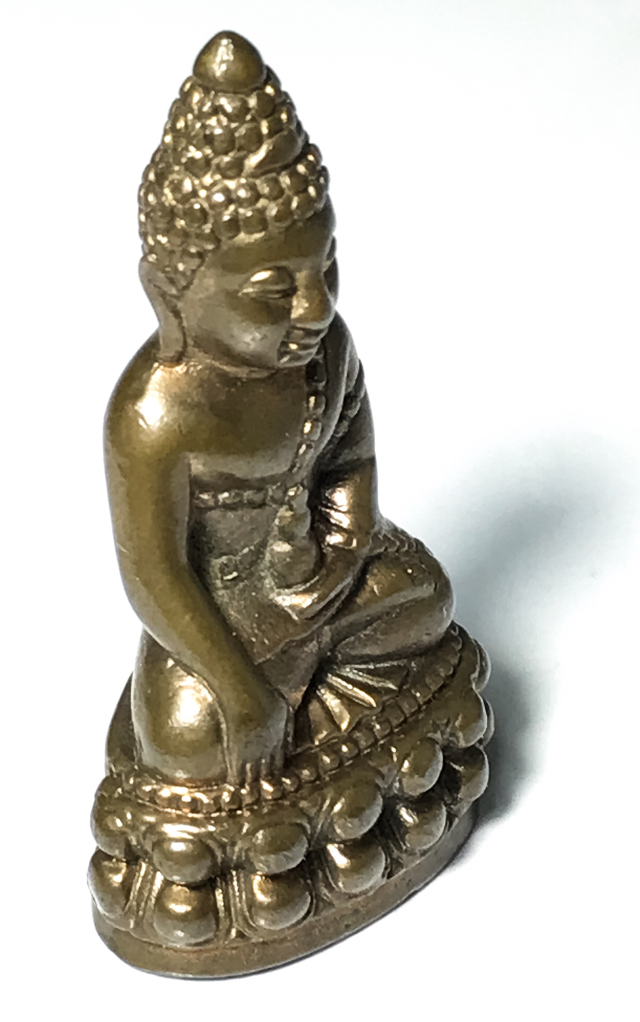 Meaning of the Pra Kring 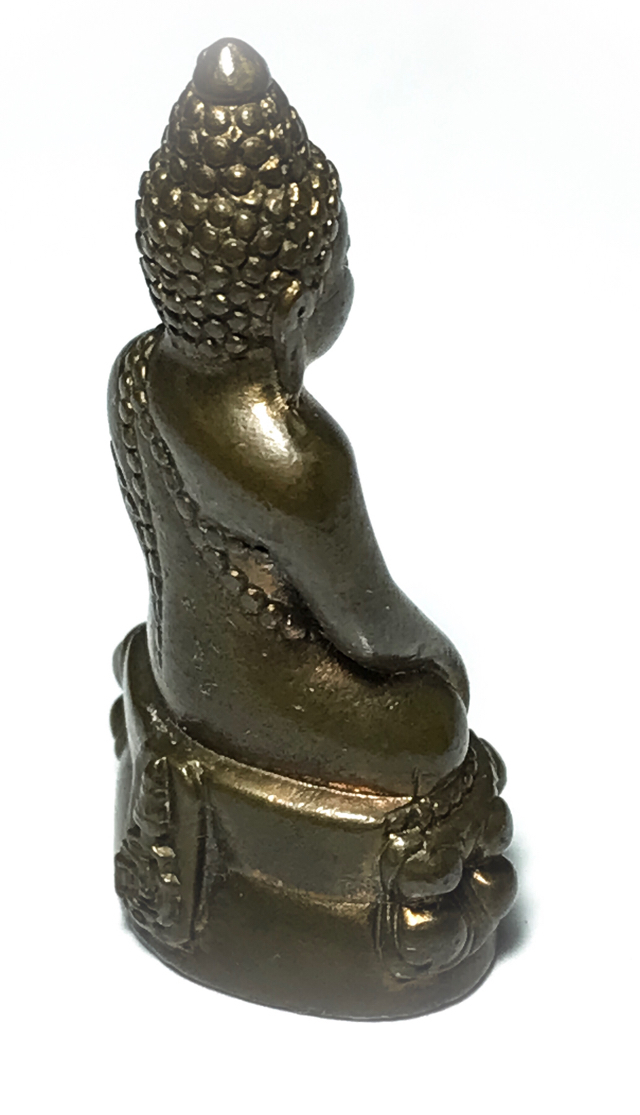 The image is normally in the posture of sitting and holding an almsbowl or a Guava, Gourd or a Vajra. This was a Fully enlightened Buddha, who practised Purity of body and mind, and who was a great teacher of Human Beings, who has the Miracle that he who hears his name in passing, or see his image, will be healed, and live a long healthy and prosperous life with wealthy standing. 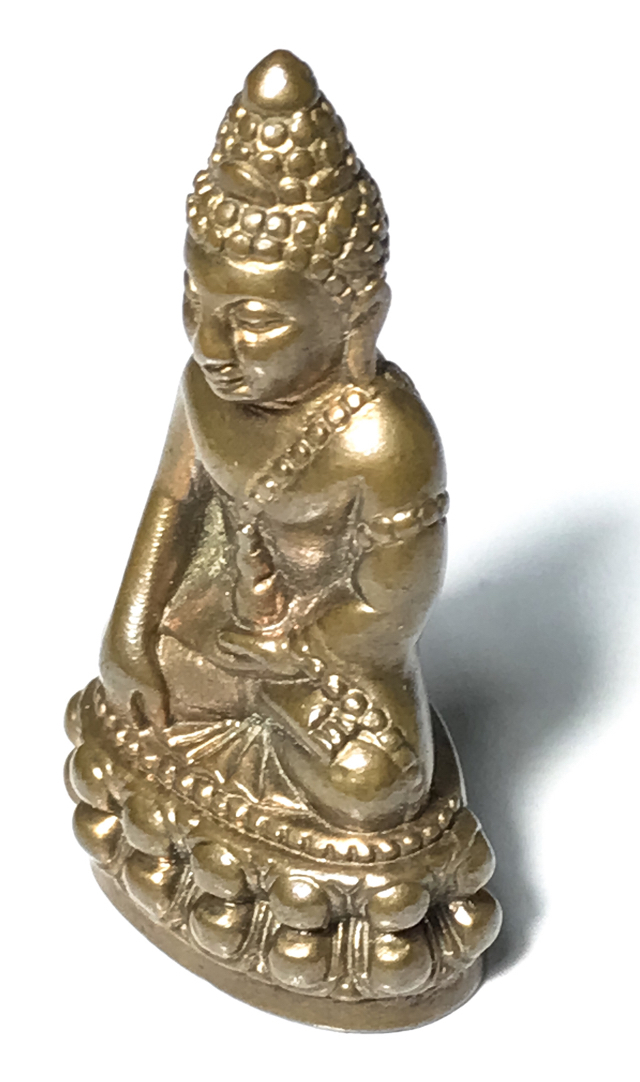 The Pra Kring Buddha, or 'Bhaisajyaguru' is one of Seven Bhaisajayagurus and is said to have two Bodhisattvas under him 'Pra Suriya Bprapaa Potisat' (Suriya Bhrapa Bodhksattva), and the Pra Jantra Bprapaa Potisat (Chandra Bhrapa Bodhisattva). This is the root of the Pra Kring Amulet's legend till now, which was thought up and created in Thailand. It is only made here in Thailand. Of all the other Buddhist countries who revere it, only Thailand is responsible for its making. 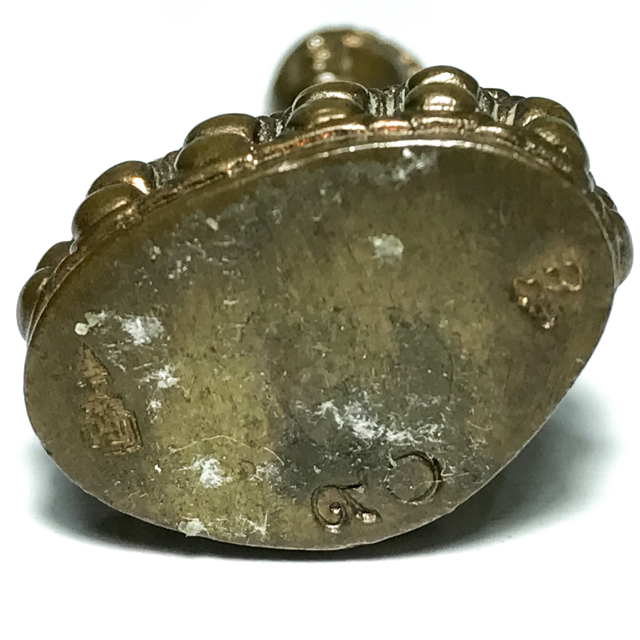 The Pra Kring in most cases (except in the odd example where Muan Sarn powders prevent the sound), the Pra Kring Bovores most famous amulet, and those of Wat Bovornives especially, for their Royal Sangkaracha Blessing, has a rattling bead inside it. The reason for this rattle sound, made by a sacred bead of Chanuan Muan Sarn or other Relic, is that it is the Name of the medicine Buddha resounding as you pass along your way, Healing and Blessing You with Safety, Health, Prosperity, Metta for Auspicous Friendly Loving Kindness 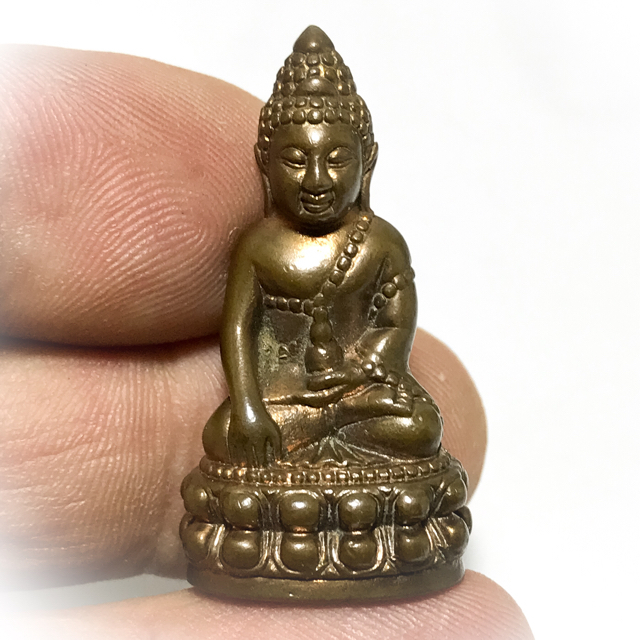 The practice of Medicine Buddha Sutra, the Supreme Healer (or Sangye Menla in Tibetan) is not only a very powerful method for healing and increasing healing powers both for oneself and others, but also for overcoming the inner sickness of attachment, hatred, and ignorance 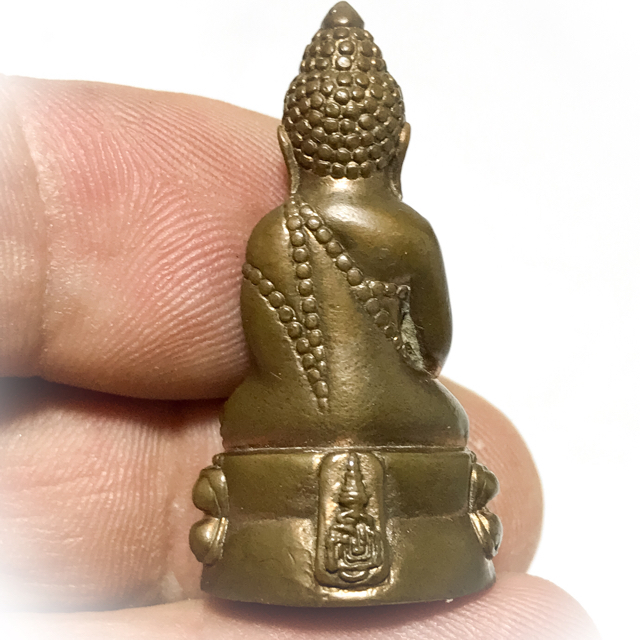 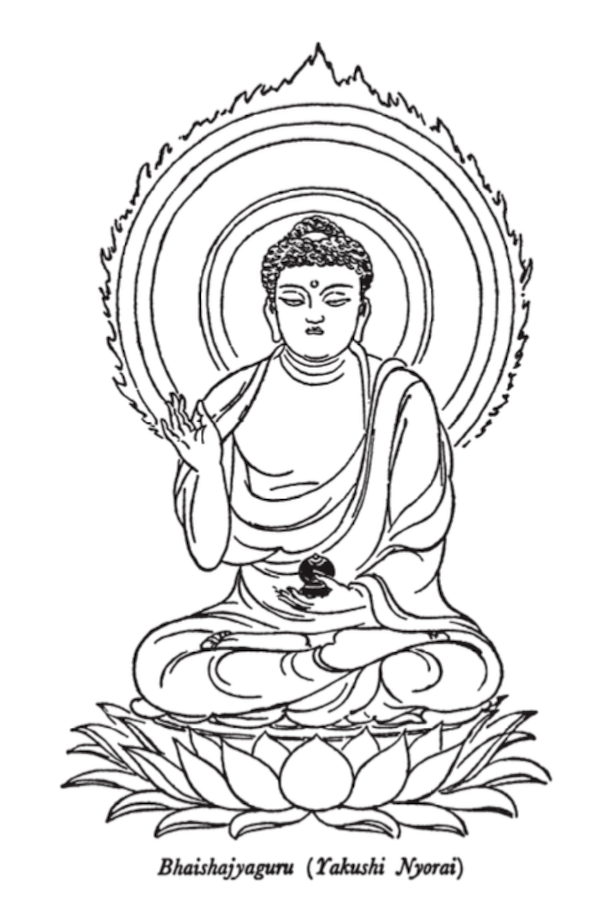 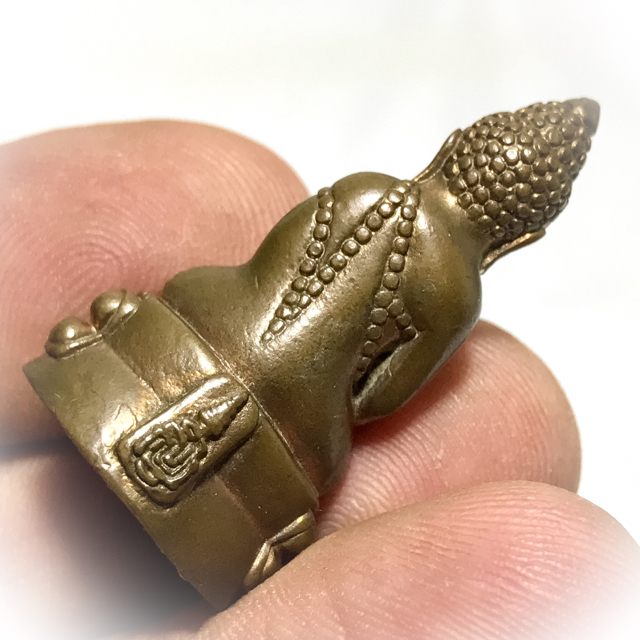 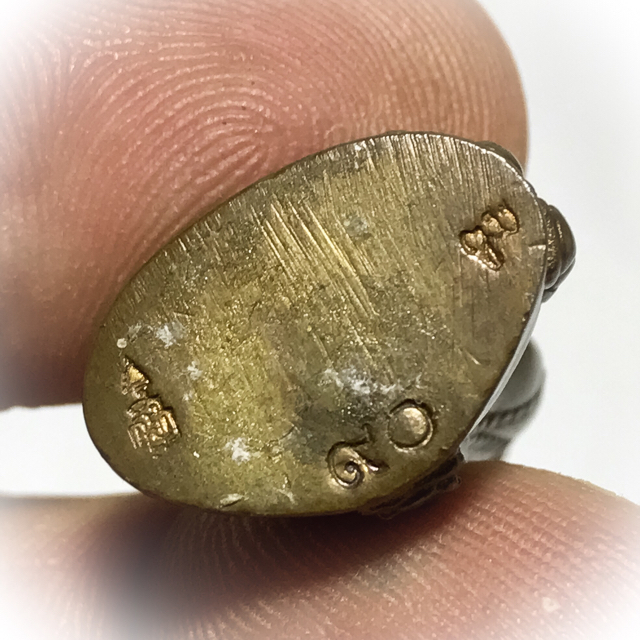 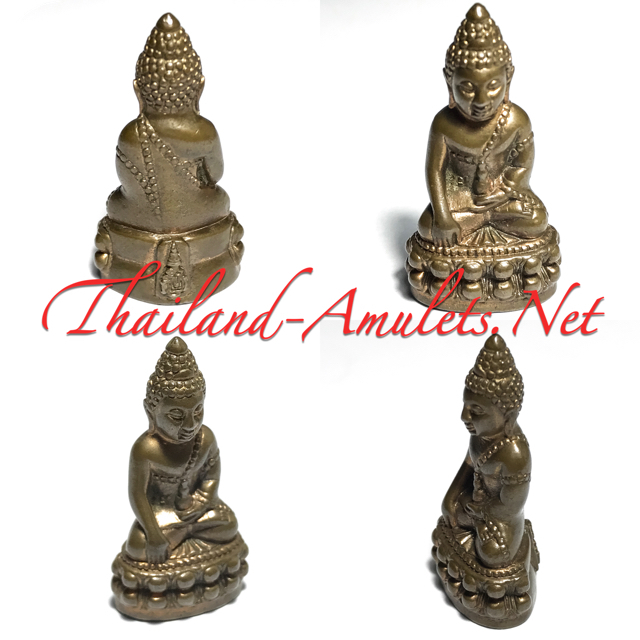