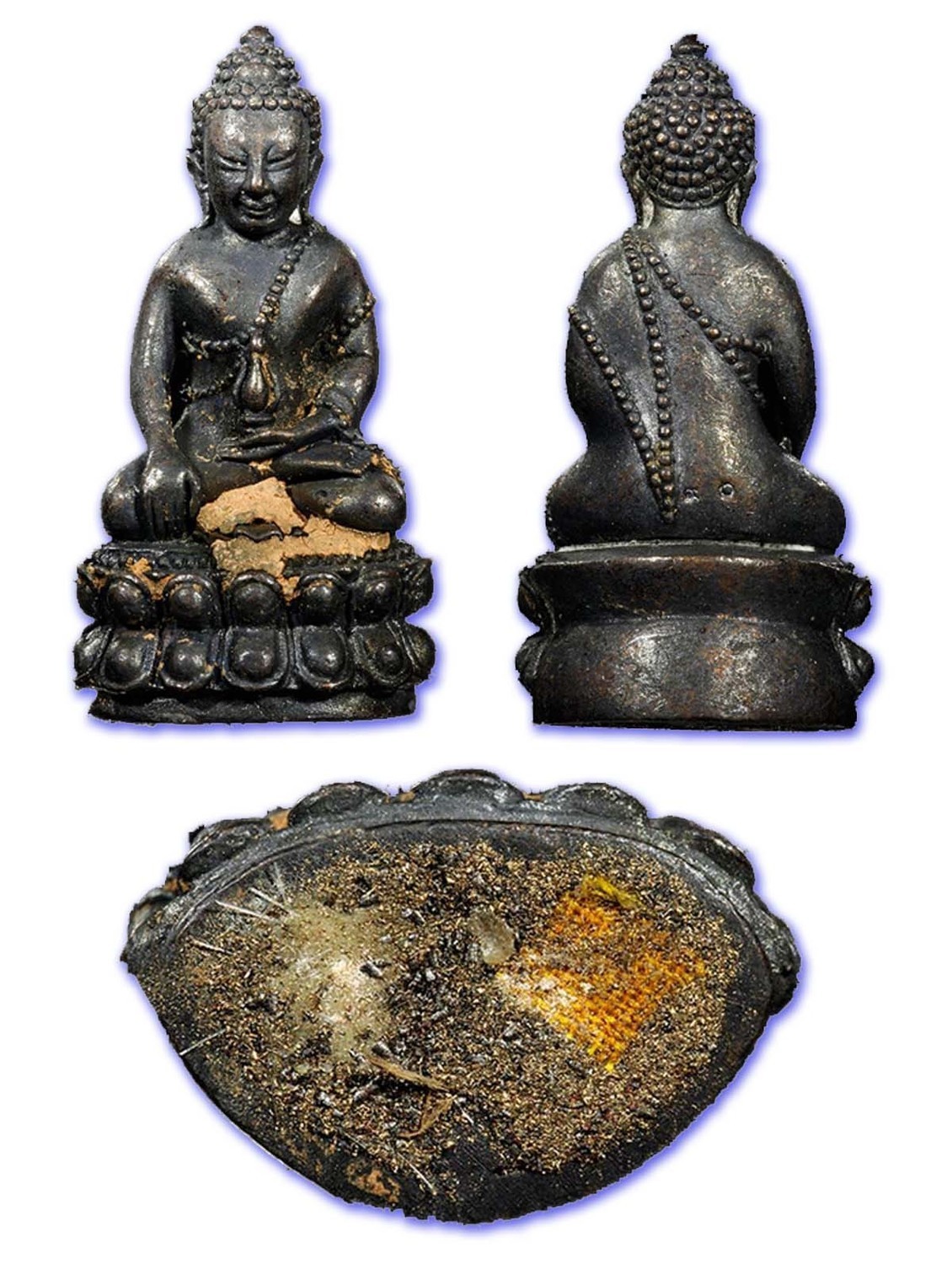 The Amulets recieved Solo Empowerments from Luang Phu Jan, in this first edition Pra Kring Series of Classic Buddha Amulets. These Kring are 'Gon Ud Pong' type, with Sacred Powders inserted into the Base of the Statuettes, and a pice of Civara Monk Robe from Luang Phus Robes. The Pra Kring has been made according to the strict Dtamra of Wat Sutat Temple (the most famous and esteemed Temple in Thailand for the Best Wicha for making of Pra Kring, and Taw Waes Suwan amulets).

The Dtamra of this kind of amulet making of Wat Sutat, required the use of 14 Sacred Na and 108 Sacred Yantra Designs, the stems of earlier Pra Kring, and other Metallic amulets of compatible types or lineage. In addition, Sacred Metal Ingots (Hlek Wised), from various Guru Masters were also used in the smelting of the Sacred Chanuan Muan Sarn for the casting of the First Edition Pra Kring Gao Jantr Paen Amulets. 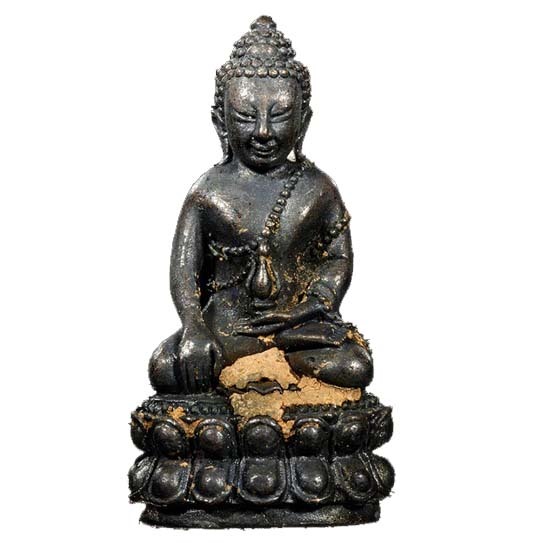 Sacred Metal Ingots and other Metallic Chanuan Muan Sarn and Amulets from the following sources were added; 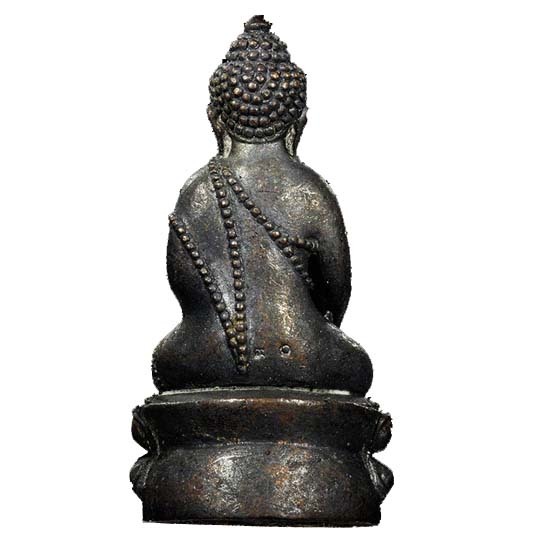 The traditional Ancient Casting Methods were used to preserve the Sacred Wicha of Pra Kring Making and Empowerment with the immersion of the Pra Kring in Sacred Earth, which sticks to the Pra Kring, and is part of the Sacred Elements of the Kring. 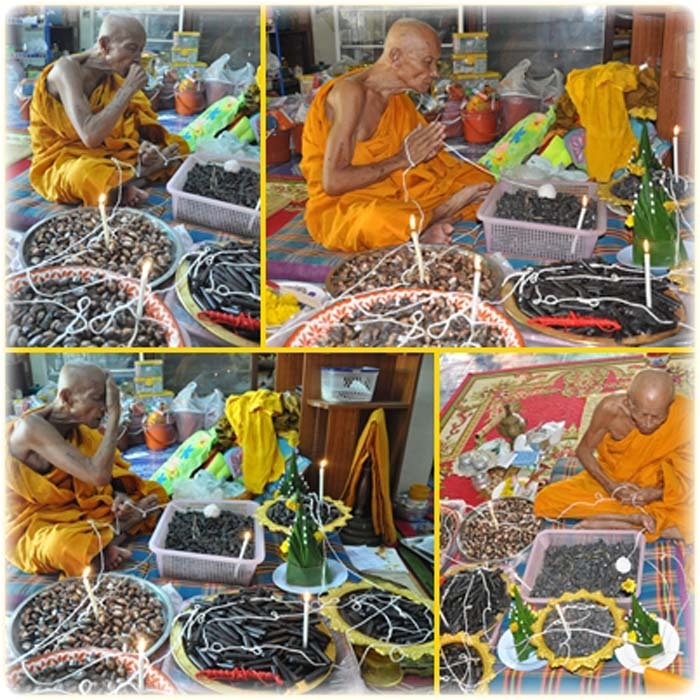 On Monday of a 'Taewa Rerks Gao Jantr', also known as 'Jantr Soorn Jantr', which is seen as a Double-Auspicious Lunar Occasion when he Heavens Open to allow the Deities and Angelic Beings to address Us and to Bestow Blessingsa. This is the proper occasion to call the Devas to Bless and Empower Pra Kring Amulets. 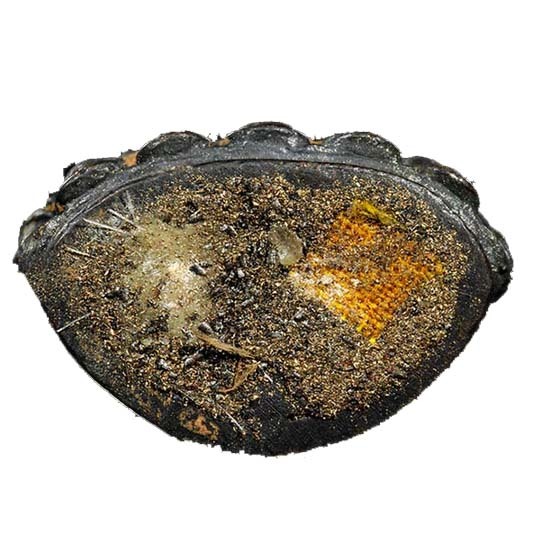 This Pra Kring is a Classic Buddhist Faith Amulet which has proved itself over more than one and a half decades, to be a Powerful Source of Great Blessings, Powerful for Metta Mahaniyom, Klaew Klaad, Maha Lap, Remove Bad Luck. The Pra Kring is Traditionally also Used to make HolyWater to sprinkle on You and Your family, or your Wares in Your Shop, to bring the causes of Future Peace and Prosperity, Health and Happiness. 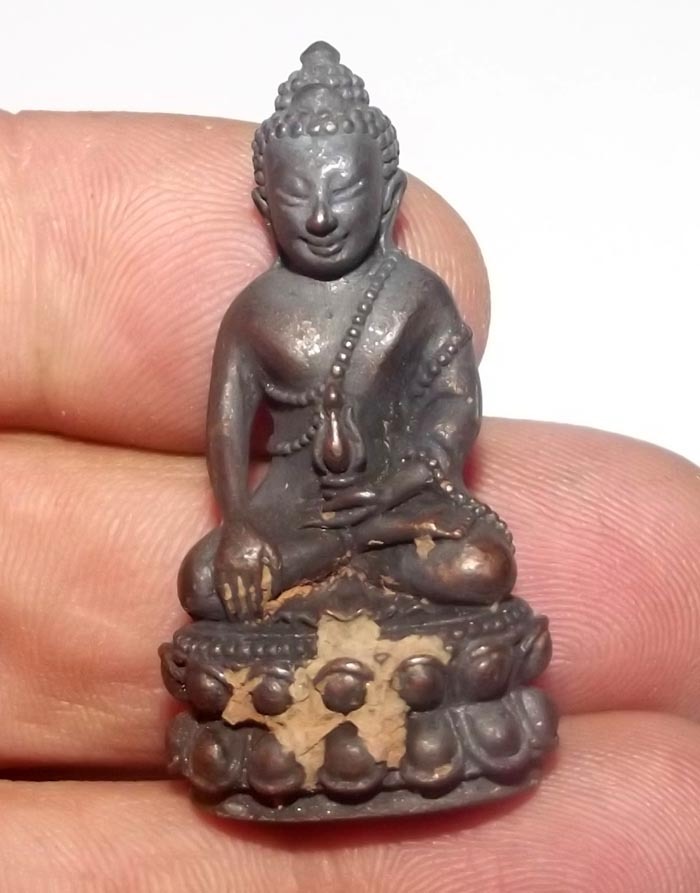 Please Note; The sprinkled earth on each individual Pra Kring is slightly different, for which reason, amulet recieved may differ slightly in appearance from the Photo, but all amulets are equalin quality, with just the earth residue being in different places on the surface of each amulet.

Pra Kring is one of the Top Thai Buddhist Amulets for Pure Buddhist Worship and Buddhanussati Remembrance of the Buddha and his teachings. It has also proved to be a Miraculous Life Saver, and Bringer of Prosperity, protecting against physical harm, evil entities, ghosts black magic and demons. A most auspicious Amulet that belongs to the Classic Eternal greats of all Time. 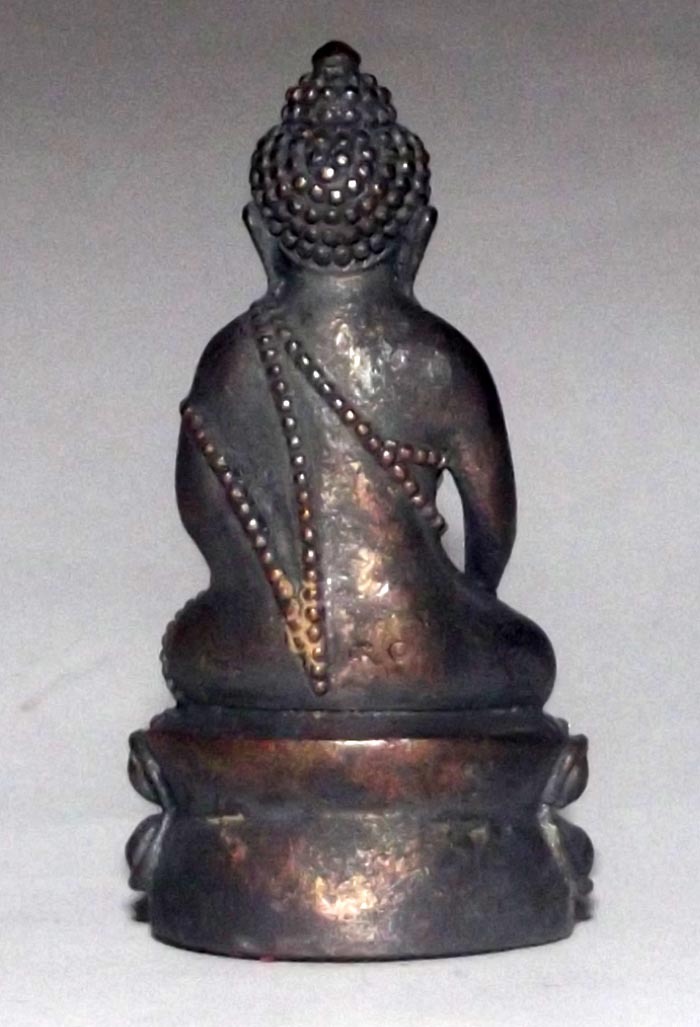 A sound Investment indeed, this is an Heirloom Amulet, which lasts for generations and can be passed down through the Family Lineage. Many Occult charms are short lived and changed constantly for new ones, but this kind of Classic Buddhist amulet lasts for more than one lifetime. The difference is a much longer lasting amulet, that only improves and becomes more sacred and more valuable as time passes.

Use the Classical method for all Buddhist Amulets; Always Chant the Maha Namasakara (Namo Tassa) 3 Times before chanting supplementary Kata for Amulets.

Then use the Kata Aaraatanaa Pra Krueang to beseech blessings from the Takrut and to empower further it throughout your life, each time that you chant.

Kata Aaraatana Pra Krueang is a specialized Kata for chanting when putting on amulets, taking them off, or when leaving the house or travelling. The Kata asks for protection and blessings to go with you.

Before chanting to any amulets, you should always chant Namo Dtassa, and/or the Kata to ask for refuge (Kata Dtrai Saranakom) the Triple Gem first

Chant the Kata 3 times whenever you are about to wear amulets, and also when you take them off.

You can empower this Takrut using any or all of your favorite Buddhist or even Brahman Chants, because the Yantra and Kata within the Takrut will react to chanting of prayers by charging up with more power, increasingly.