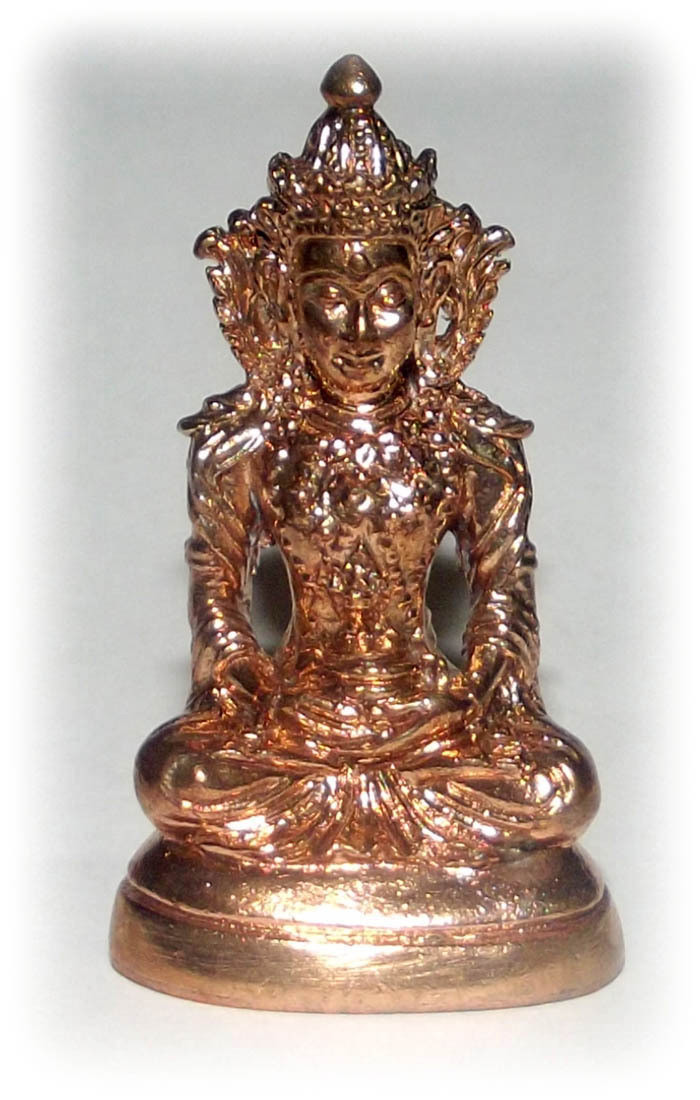 Faithfully Fashioned after the Traditional Northern Lanna Method of design, Creation and Empowerment. When the Ancient Stringent and Complex methods are diligently followed, as has been with these amulets, it is very difficult to successfully create such a Pra Kring. The Wicha for cxreation of Pra Kring Amulets is in any Circumstances Complex enough to fill a thick book, which it does (a Kampir Grimoire). 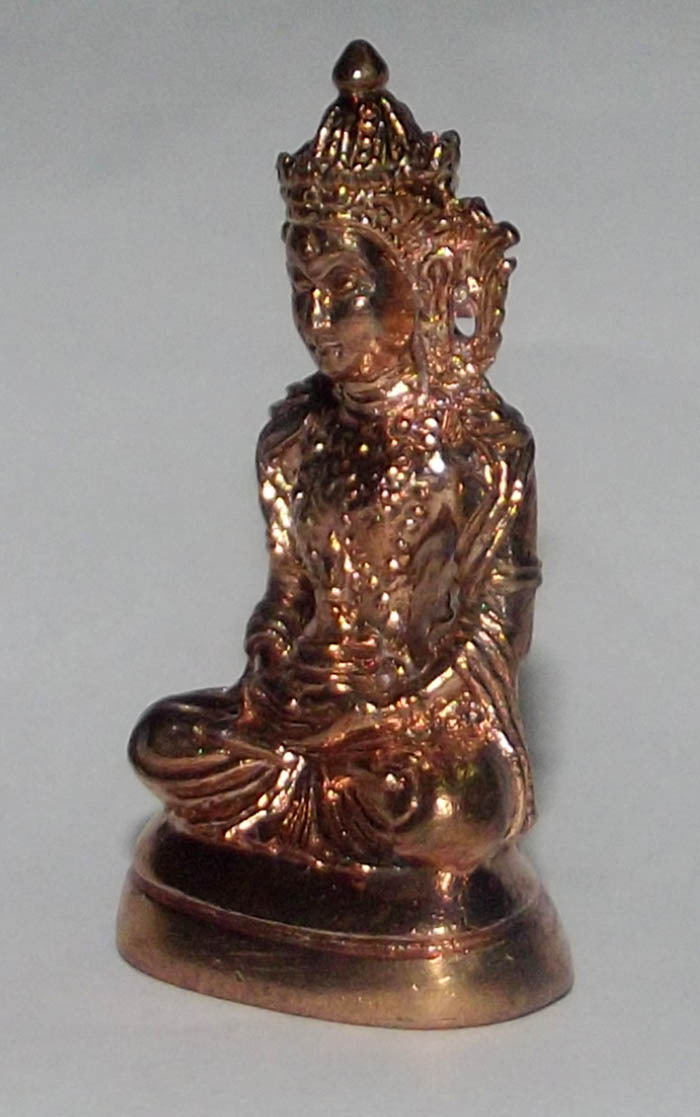 Not many Masters have the true and complete Knowledge of the Wicha of Pra Kring Making, and of the Empowerment Methods. One of the factors which makes it so difficult is that all the stages of the Making must be completed in the same day. From the lighting of the casting fires, the pouring of the Sacred Metals, and the Performing of the 7 Grimoires of Incantations to Bless the amulets. 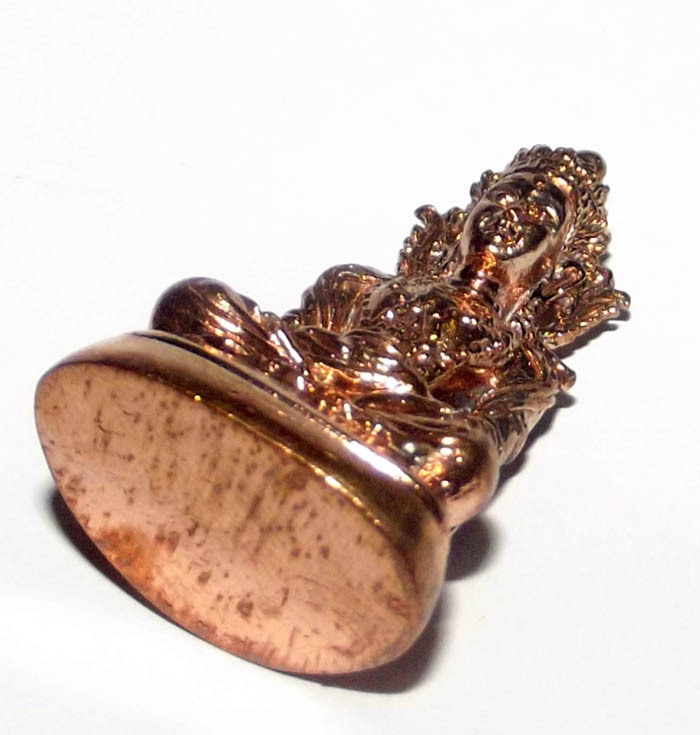 These most beautiful Lanna Style Pra Kring Loi Ongk Sacred Metal amulets were made in two different Metals with three versions in all. The top two versions were made from Nava Loha (9 sacred Metals), the Ongk Kroo Masterpiece having a silver base, and the Pim B having a Nava Loha base covering. The Pim C was made in Tong Ma Lor (sacred Brass) with sacred Powder base and Holy Substance inserted.

The 7 Blessings of the 7 Wicha of the Seven Grimoires have seven different Auspicious Influences, including the growth of Professional Success, Wealthy Income, Profitable Business, Overcome Obstacles, Evade Dangers, Raised Status, Recieve Mercy and Helpfulness from Others,and the power to Grant Your Wishes.

It is said that the Pra Kring Tan Jai (which means 'Buddha to Fulfill Your Wishes'), has a Ruling Deva Protecting it and its Wearer. The Kring is said to work like one of the Mythical and Legendary 'Gaew Sarapat Nerk' (crystal wishing balls). Wishes are to be granted and Manifest Very Rapidly after they are made. 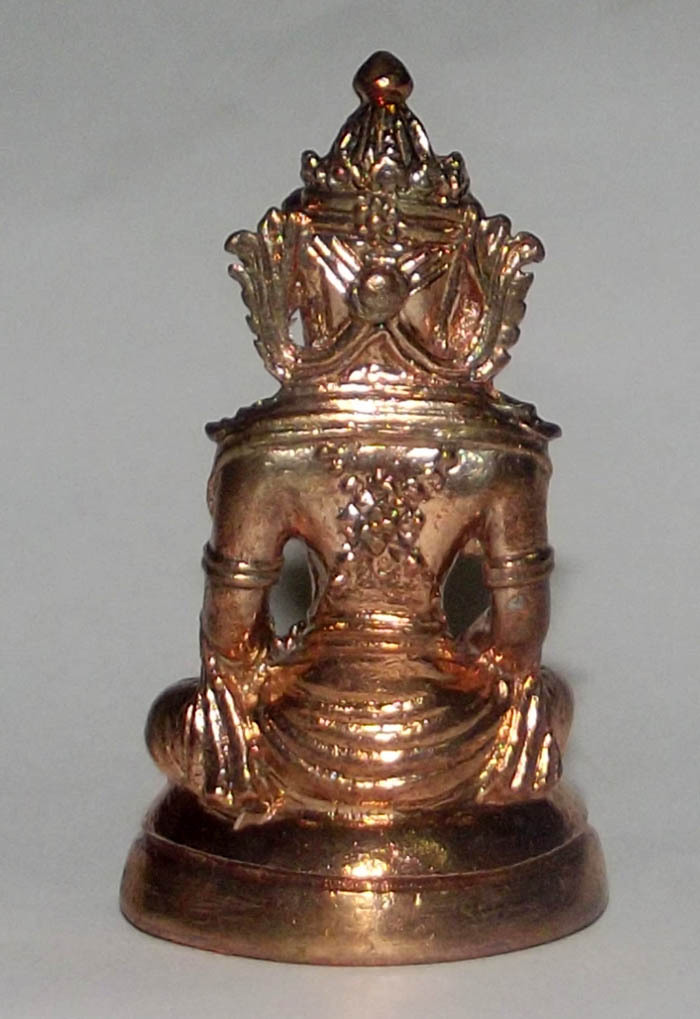 The Seven Grimoires of Incantations are very ancient and Powerful. Kroo ba Lerd says that the Incantations are Ancient Psalms of the devas, which the Celestial Beings like to Chant. it is therefore Celestial Incantations of the Devas, not Sorcery Spells of the Human magician which are Invoked, and which give this Buddha Pra Kring amulet a celestial power which is not common to find. 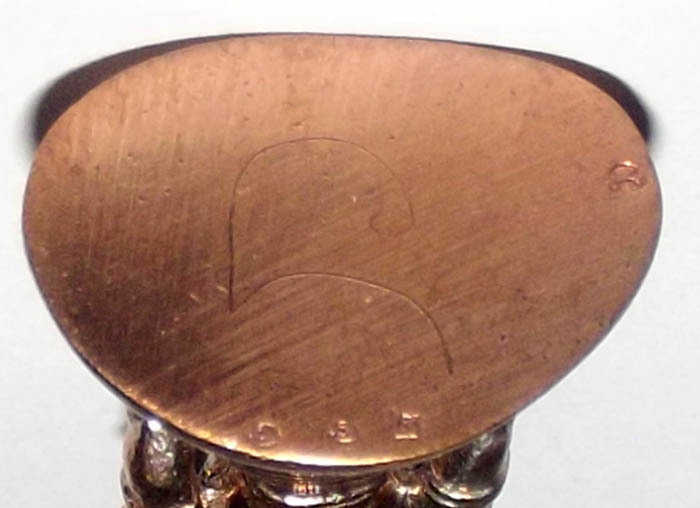 The Base of the amulet is made from Nava Loha, with a Blessed and Enchanted Kring rattle inside the Deity. The base covering has a Sacred Na stamp and series code, and has recieved Hand Inscription of Khmer Sanskrit Spell (Na Metta) from Kroo ba Lerd, as he empowered each amulet that passed through his hands.

The seven Grimoires Wicha Incantation (Jet Kampir) is a very long winded and complex Formula of 108 – 1,009 separate Incantations, with a large number of Sacred geomtrical Yantra Spells as well as written Incantations. 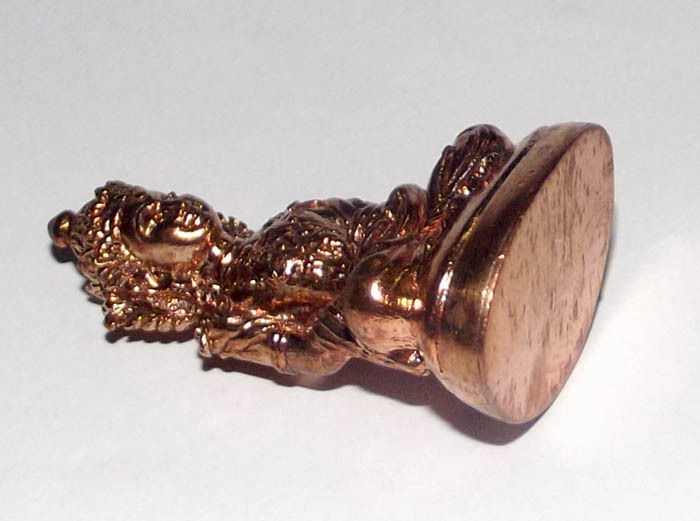 Many Psychics and Sensitive Mediums have already examined the Pra Kring Tan Jai Jet Kampir of Kroo Ba Lerd, and all of them till now have said that there is a Deva Residing over and Ruling them, and that it is full of power to fulfill wishes through the Powers of the Deva who helps to emanate effects through the amulet.

After the single day creation process, the amulets were blessed on two occasions, once on the 6th May 2555 BE and then again on the 26th June 2555 BE in the Hor Drai (Tripitaka Room) of the Temple of Wat Tung Man Dtai. 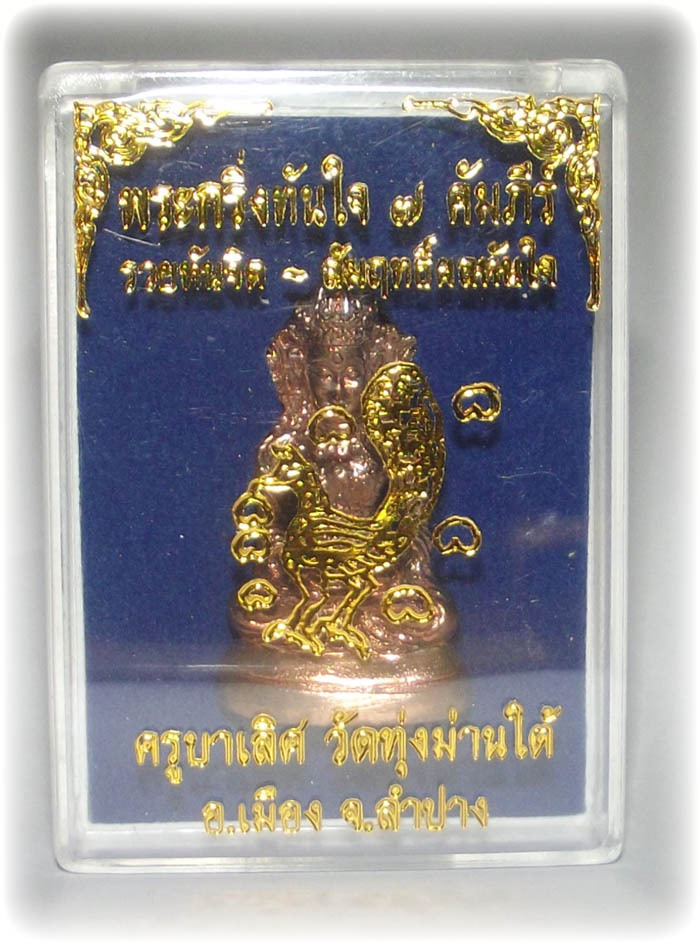