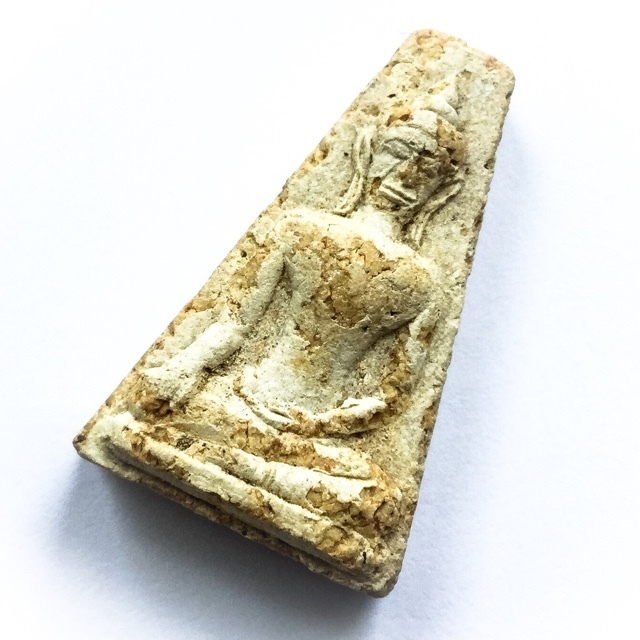 The Pra Pong Supan, is an eminent member of the Five Benjapakee "Top Five" classic regional amulets of Thai Ancient Amulet History, and is the representative of the Western Region of Central Thailand of the Province of Supannburi - Hence the Name 'Pra Pong Supan'. 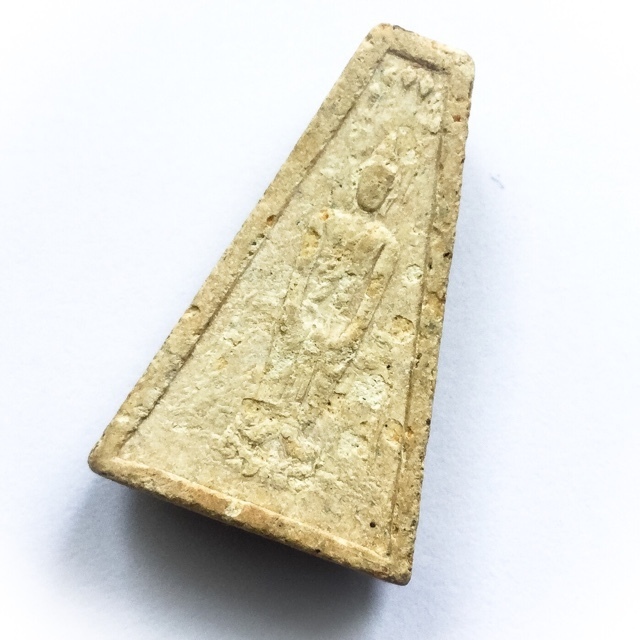 The Pra Pong Supan is made from Sacred Powders, and has spent time stored within Kru Hiding Place Chamber at Wat Pha Lelai. The amulet is a delicate and small size amulet, highly suitable for Men Ladies or Children to wear and Bucha. 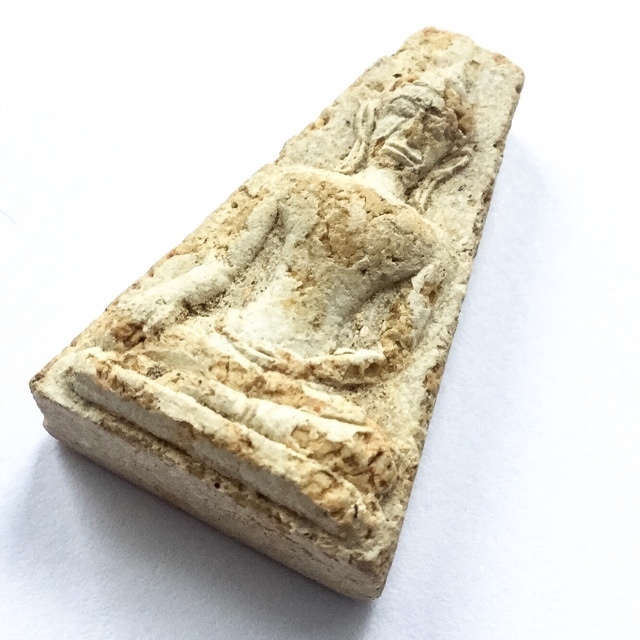 The amulets is coated with 'Kraap Kru' residue from storage in the Kru Hidhing Place Chamer at Wat Pha Lelai, which is a traditional method of both empowering amulets through charging them up with the power of the Prayers of the Monks, as well as a way of storing amulets to release at different occasions as time passes, to preserve Buddhism thrughout the ages. 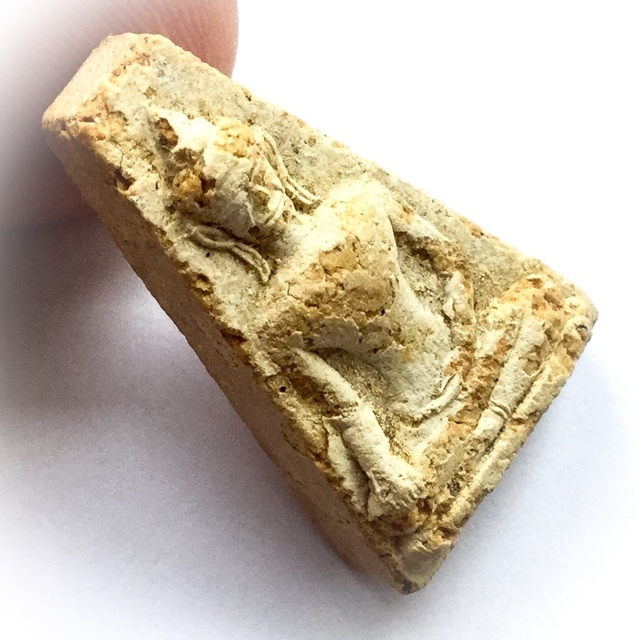 The Pra Pong Supan is a perfect choice of Amulet for Ladies or Children, but is also a very preferred and popular amulet for Males to wear. We have before us a Sacred Amulet whose Religious Value is of course that of a True sacred Amulet from a Great Gaeji Ajarn of the Supanburi Province, Luang Por Tin, or Wat Pha Lelai. 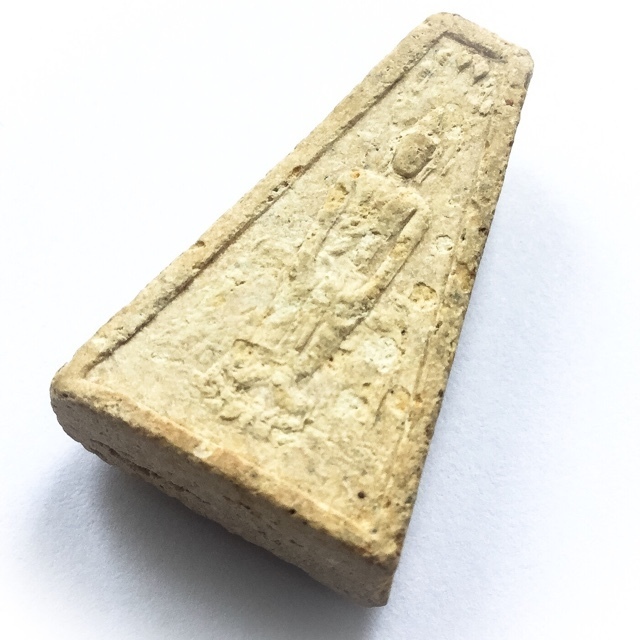 The rear face of the amulet has the sacred image of Luang Por Dto, which is a 23.46 Meter high Buddha image within the Vihara Shrine of Wat Pha Lelai, The Buddha is cast in the Pha Lelai posture (seated), and this indeed is where the Temple and the Buddha statue have their names in common. 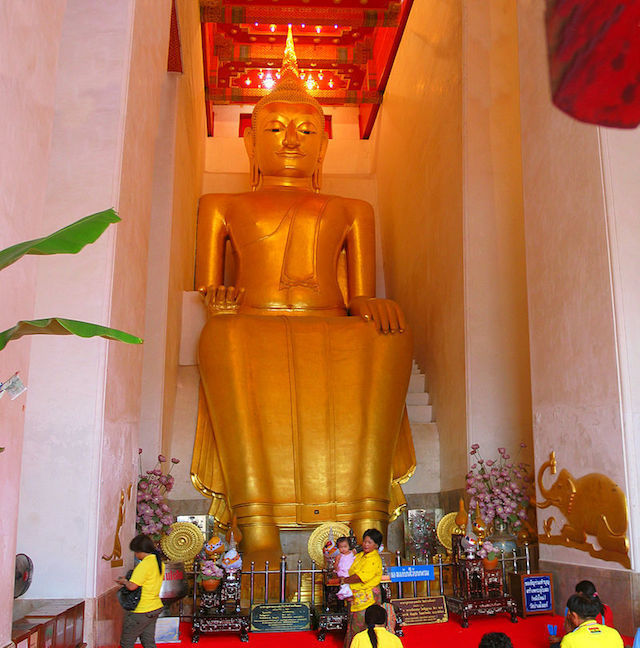 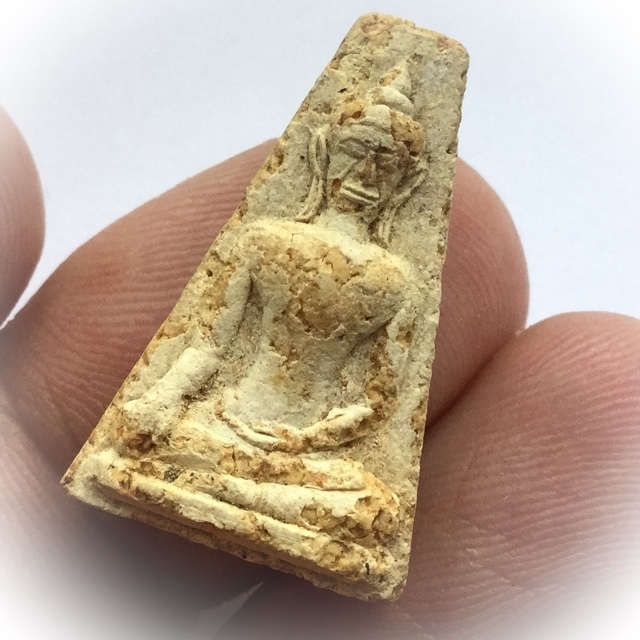 The temple of Wat Pha Lelai is of course also very famous for being mentioned in various literary Epics, such as the Legend of Khun Chang Khun Phaen. There are in fact three monuments within the temple in reverence to Khun Phaen, Khun Chang, and Nang Pimpilalai, who were the three main Protagonists of the story. 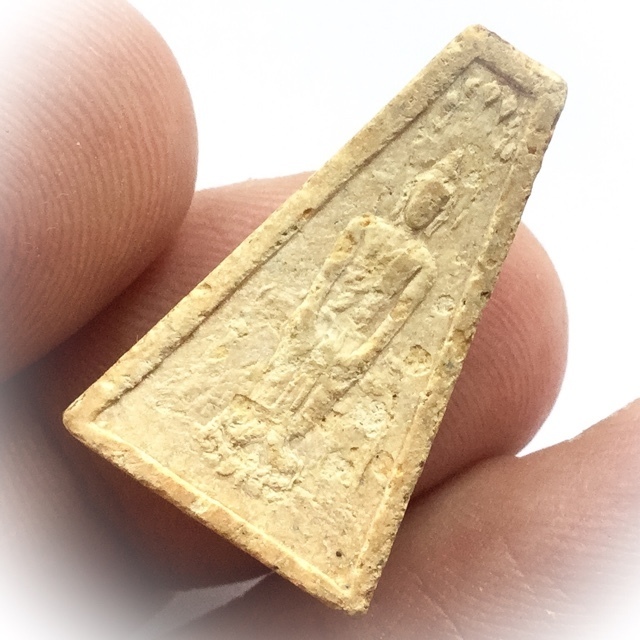 A classic and Ultra Collectible Benjapakee Hiding Place Amulet, recommendable for those who seek a truly Sacred Traditional amulet that has all the necessary qualities of an amulet of Master Class. 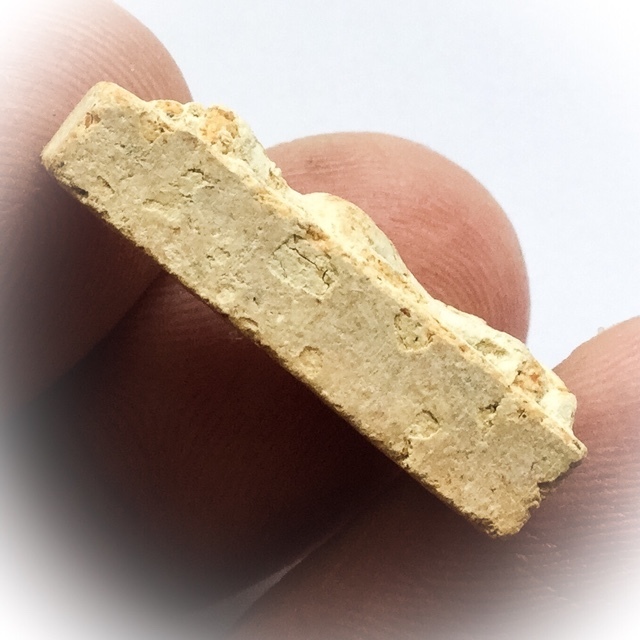 This amulet would trigger the coined phrase in Thai of; 'Hoy Dai Mai Aay Krai', which means 'You can wear this without shame in any place or time (including conventions). The phrase means of course, that the amulet is an accepted amulet of quality and high standing, which can not be shamed into the corner. 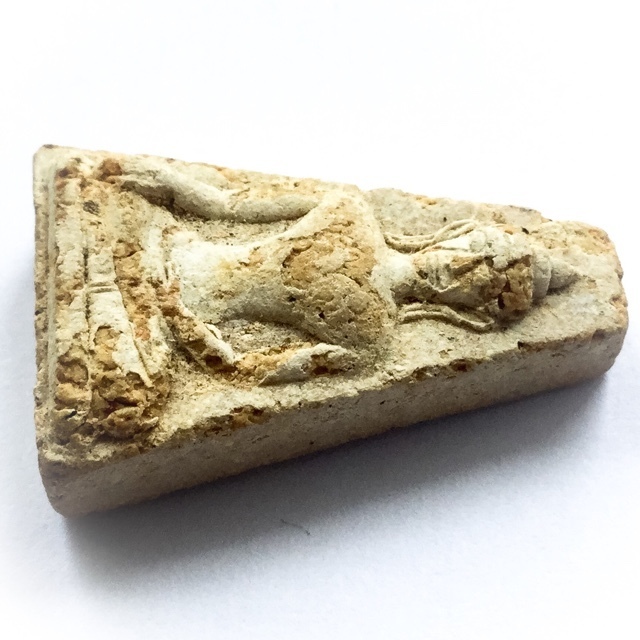 Wat Pha Lelai is a Historical Old Buddhist Temple of Supannburi, and part of the Family of Supannburi Temples belonging to the Dtamra of Pra Pong Supan Amulet Making. The temple is incredibly old, and its original building date is unknown, but it is known that it was built up by the Mong People during the heyday of Supannburi Rulers. The Buddha Pang Pha Lelai statue is cast in the U-Tong Periodic Style.