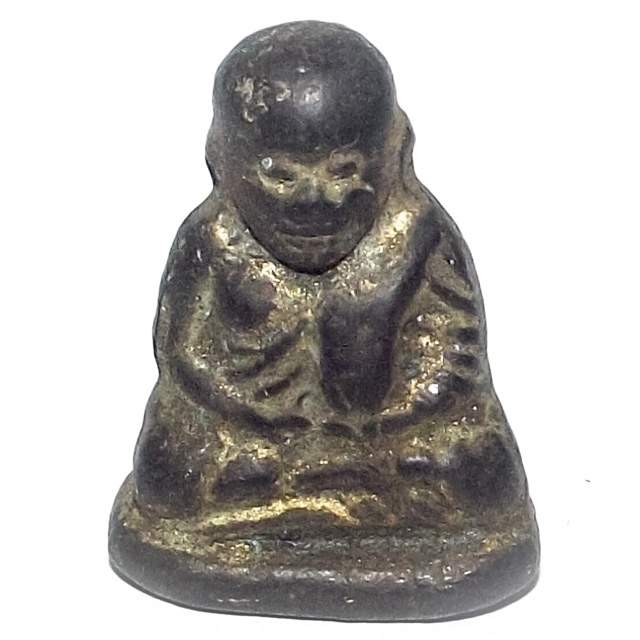 The 2528 BE Pern Dtaek Edition has become a Nationally famous edition and is fervently sought after for its great beauty and similarity to the first edition Pra Luang Por Ngern. It is also highly favored for the fact that the edition was personally blessed and empowered by the Invoked Spirit of the Great Luang Por Ngern himself of Wat Bang Klan, the Highly sacred Chanuan Muan Sarn Ingredients used for the Casting, and for its repeatedly proven Miraculous Powers. 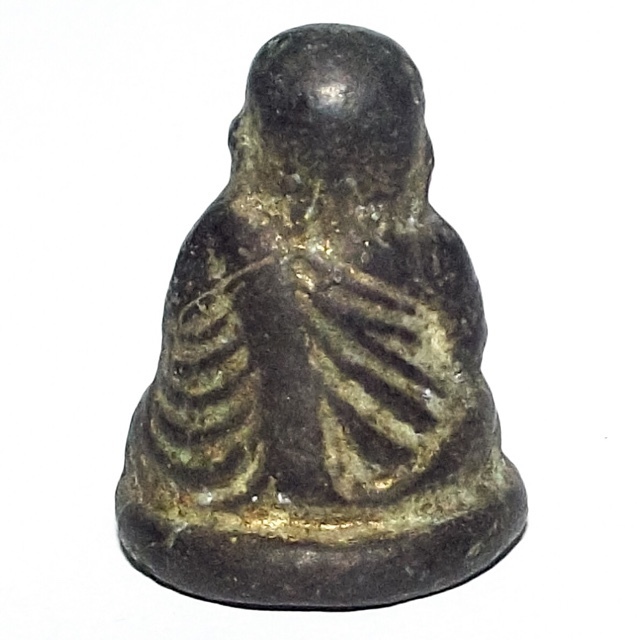 Luang Por Ngern Loi Ongk Amulets are also a very popular and fitting amulet for ladies to wear too, being of a size that is compatible with both men or women. Many Thai women like to wear Luang Por Ngern, along with of course the Pra Nang Paya amulet, which is also considered a very popular amulet with Ladies. 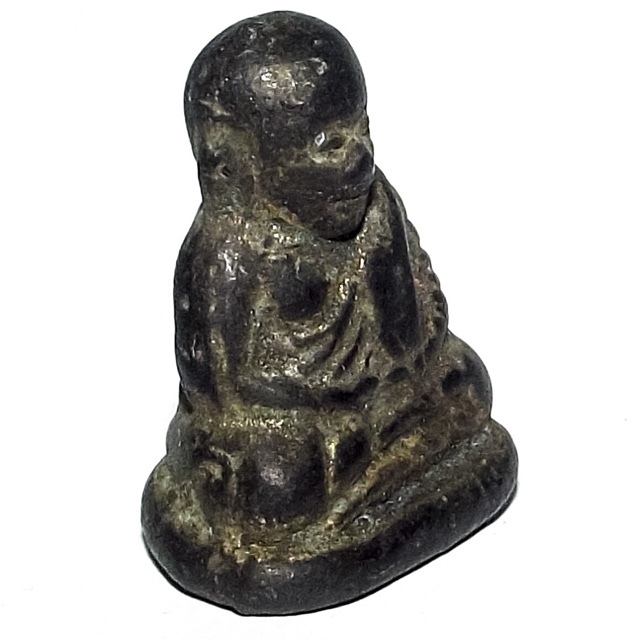 The edition came to be made through a series of seemingly random events, which brought thid classic and truly powerful edition of amulets into existence;

Luang Por Jae became the new Abbot of Wat Bang Klan Nuea, since Luang Por Ngern has split the temple into two temples of Wat bang Klan Nuea and Wat Bang Klan Tai, and then had moved to a new temple to begin developing and restoring it through his meritorious ability to attract devotees and fund the construction of Buddhist temples. 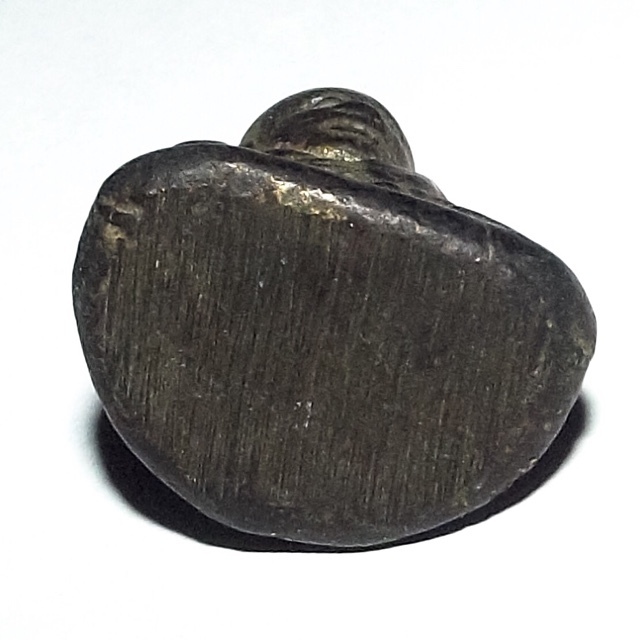 Luang Por Jae was the adept at the actual creation of amulets, and very expert in the mixing of Sacred Powders and Herbal Magic, as well as the casting and forging of Alchemical and Sacred Metals. In contrast, Luang Por Ngern himself was the Adept Sorceror with the ability to empower amulets and physical objects with Buddhakun Magical Power, attained through his long life of Tudong, Meditation, and Vipassanā Practice.

And so the combination came into being, of Luang Por Jae, a Master Artisan Guru Monk for the design and formulation of the alchemical metals, with Luang Por Ngern, a Guru Tudong Gaeji Ajarn Master Monk of Meditation, with Psychic Powers, to empower them. 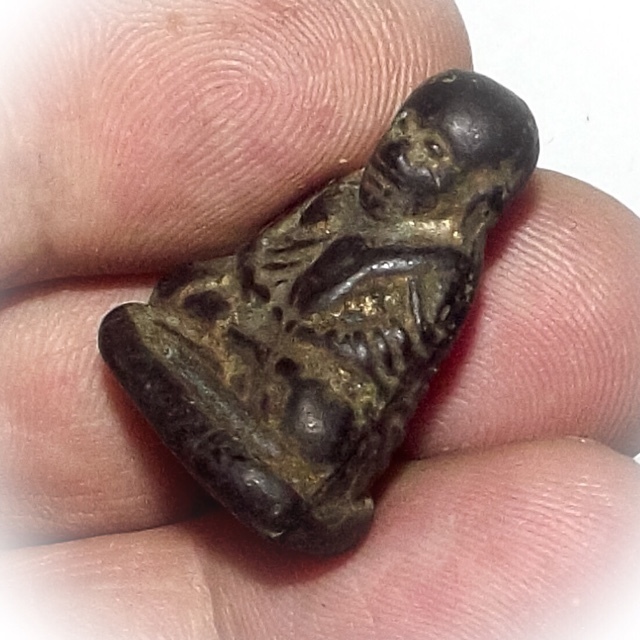 And so then, in the year 2528 Luang Por Jae was wandering through a nearby temple, less than a kilometer away from Wat Bang Klan, and stumbled upon some old Buddha Statues half buried, mostly damaged.

After digging to see what else was underneath, a number of ancient Deity Statues and original Luang Por Ngern Pim Niyom and Pim Khee Ta amulets, and some Rian Job Pim Yai and Pim Lek triangular metal Luang Por Ngern 1st edition coin amulets were also found, but they were all broken and in damaged state. 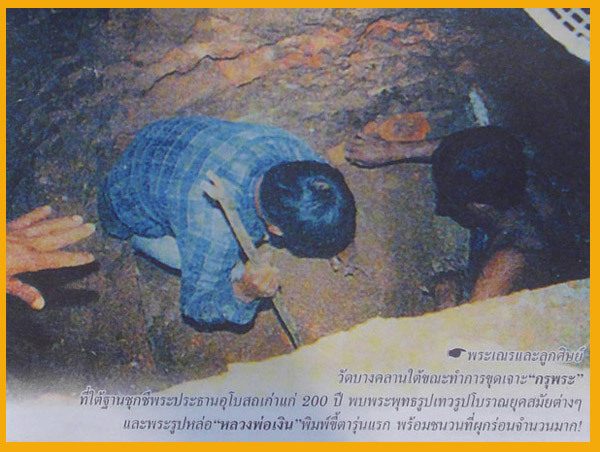 There were many statues from the Ratanakosin Era too, which were covered with green malachite. The amulets and other artifacts were dug out of the Kru Burial chamber and Luang Por Jae then took them back with him to the temple of Wat Bang Klan. 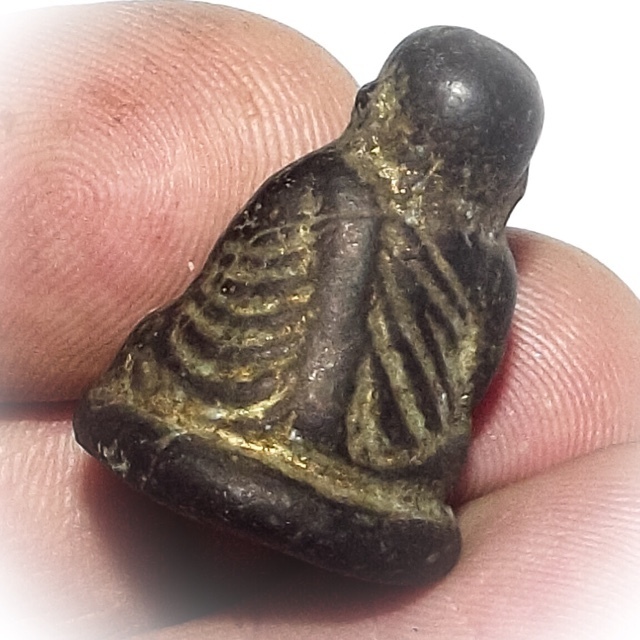 On the day the amulets were to be cast, a strange thing happened, that when they went to raise the chanuan metallic base ingredients to the place of the casting ceremony, they were unable to lift the container, despite the fact it had been easy to carry there in the first place. 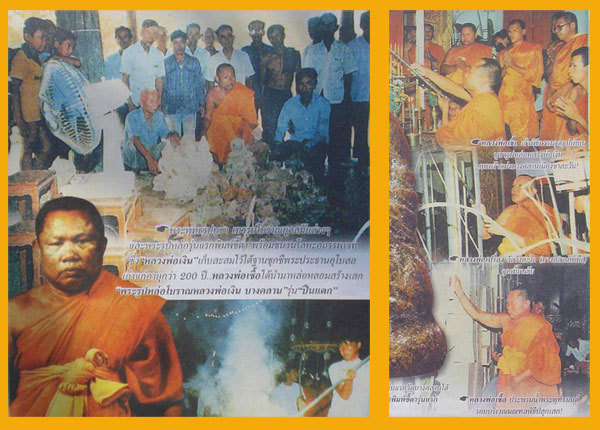 No matter how they tried, the container would not budge left or right or up or down. So Luang Por Chuea then prayed to Luang Por Ngern, and it was then possible to lift the chanuan to be cast. 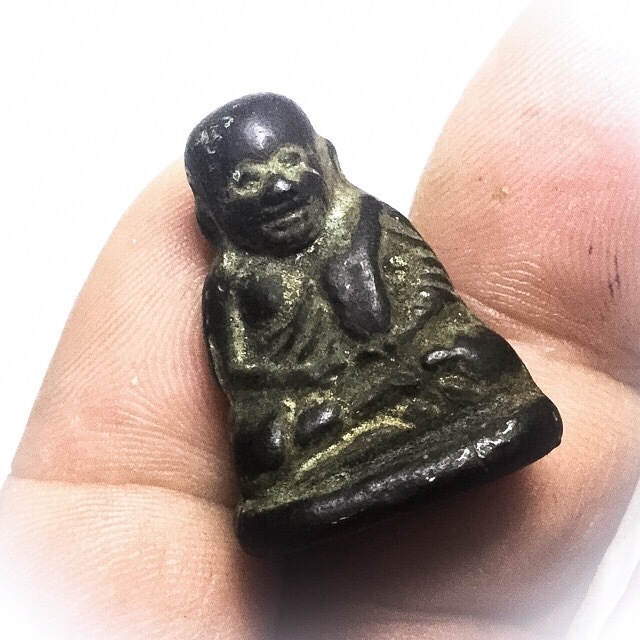 As the metals were mixed into the smelting oven, and heated to the melting temperature, a strange thing happened once more; The metals refused to melt. So Luang Por Chuea once more performed a ceremony to pray to Luang Por Ngern, after which the metals suddenly began to melt. 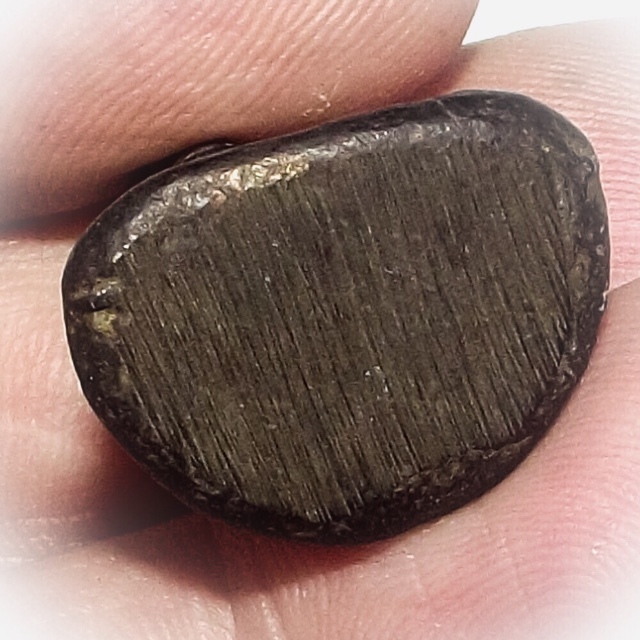 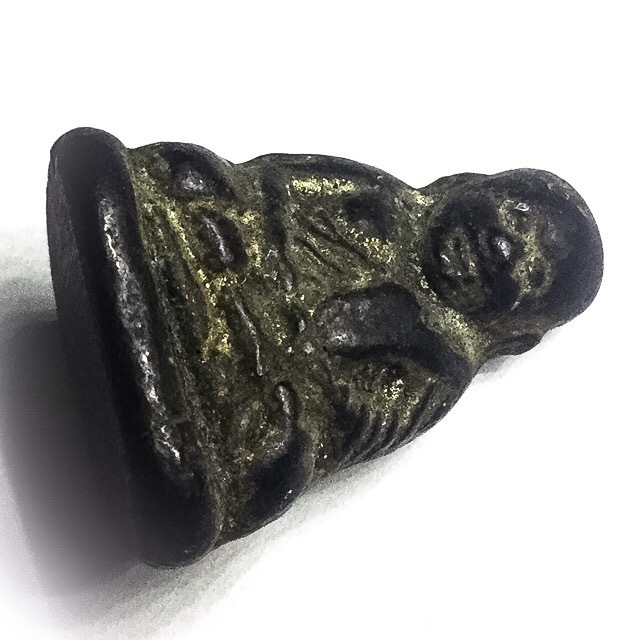 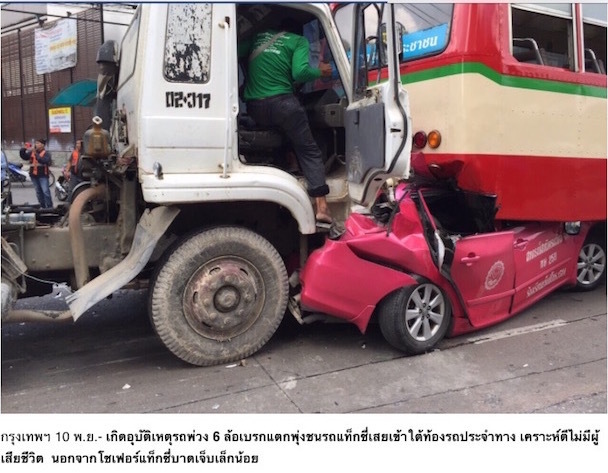 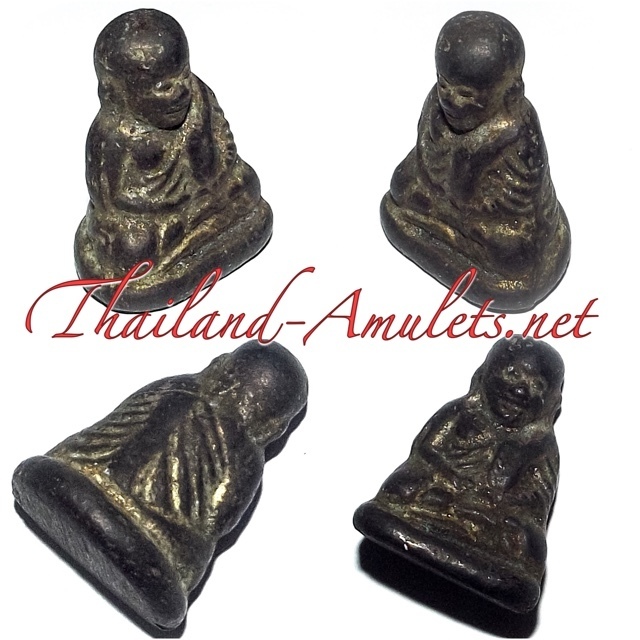 The Pra Luang Por Ngern Pern Dtaek series is made from a most sacred Chanuan Muan Sarn Metal, made exclusively from old first edition Luang Por Ngern Pim Khee Ta, Naa Yim, Niyom, Job Lek and Job Yai amulets smelted together with Ancient Deity Statues and Buddha Statues. Its appearance is classic and one of the most beautiful of the editions of its era. 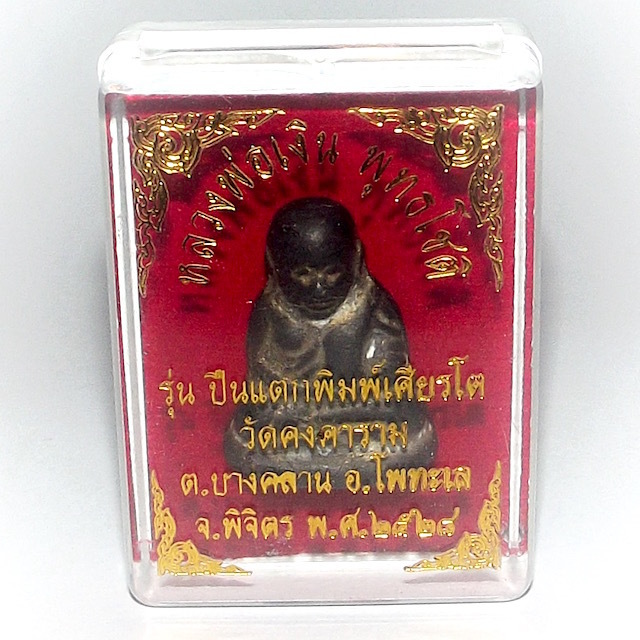