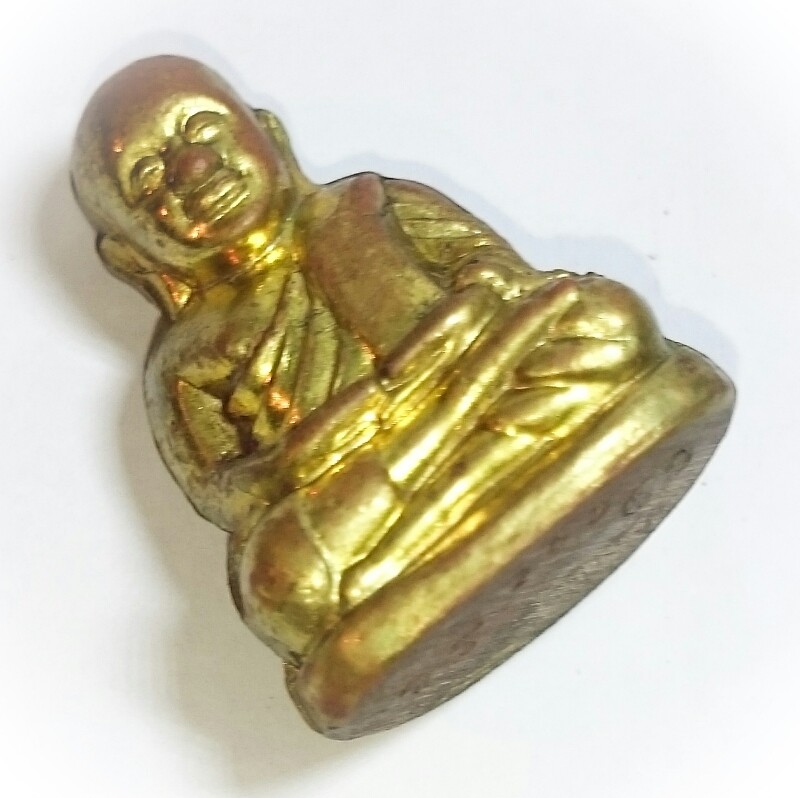 A Classic release of Luang Por Ngern amulets Run "Gong Tun 53" edition. Now a National Favorite and a Household name. This Luang Por Ngern amulet is not only a Loi Ongk statuette, but also a Kring amulet, with a sacred relic inserted into the base which rattles when shaken. A limited edition code number is embossed into the base of the amulet too. Comes with original box from temple.

The Gong Tun 53 edition of LP Ngern recieved massive interest and has become an all time classic in the single year since the issue of this edition and line of amulets. It is now an extremely rare edition, and very difficult to obtain these days, one reason being that despit the immense success that all editions of LP Ngern Loi Ongk statuettes, this particular edition is the first ever that performed the 'Piti Tae Tong' (sacred casting ceremony of puring the molten gold) at Wat Bang Klan temple. 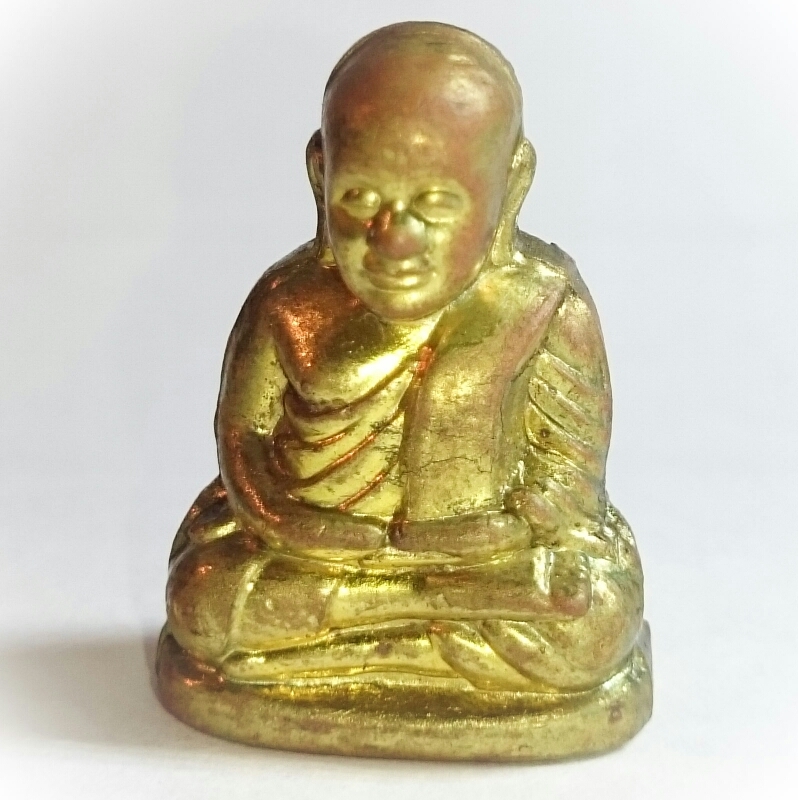 This amulet is suitable for Ladies and Men, due to its medium unisex size. It can also be kept as a Bucha item on the altar too if preferred. A perfect mobile Bucha statuette, renowned for its powers of endowing riches and happiness on those who revere Luang Por Ngern. 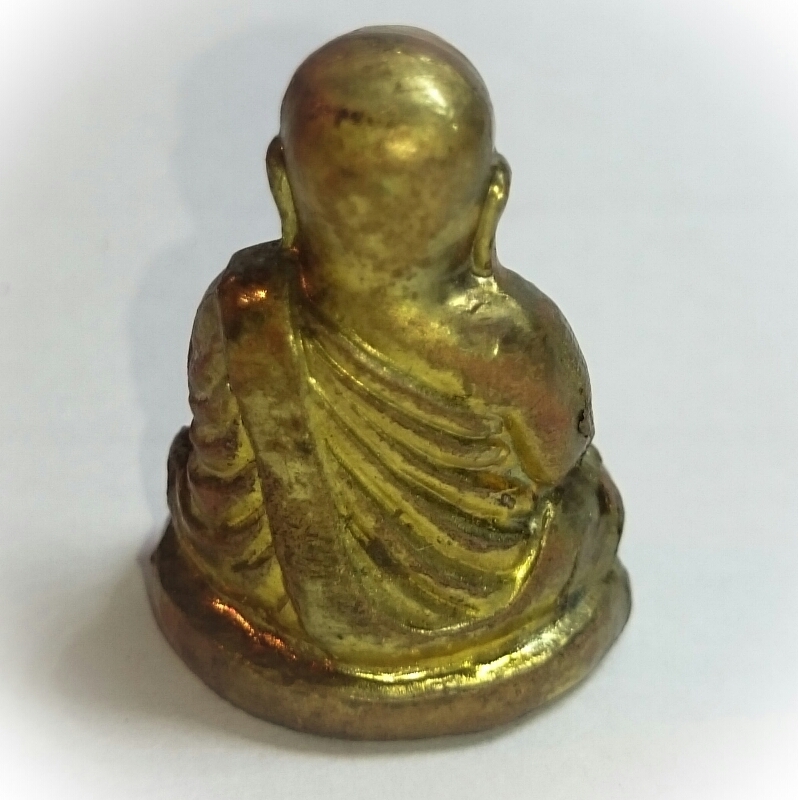 Even the name of this Monk means 'Money' (the word 'Ngern' means money, or silver in Thai).

The base of the statuette, has the code stamp in Khom letter 'A' and the series number 293. The statuette has a Kring bead inside it which rattles. 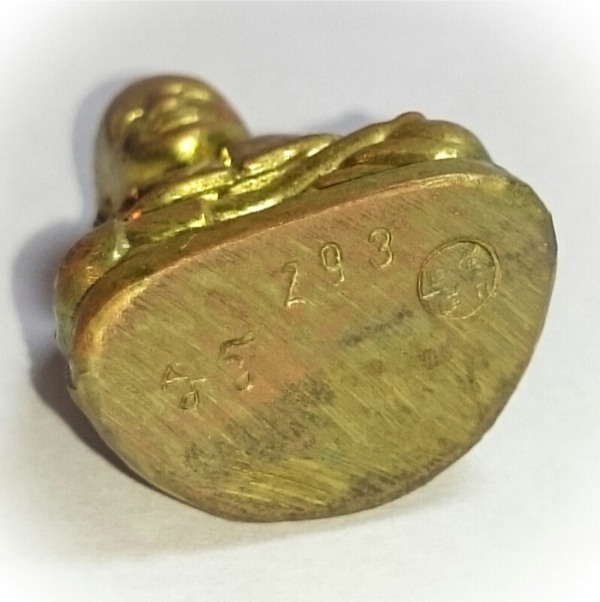 Luang Por Ngern and Wat Bang Klan amulets are a Classic and a National favorite that have seen multiple editions made and released with grand success on a national and International level. 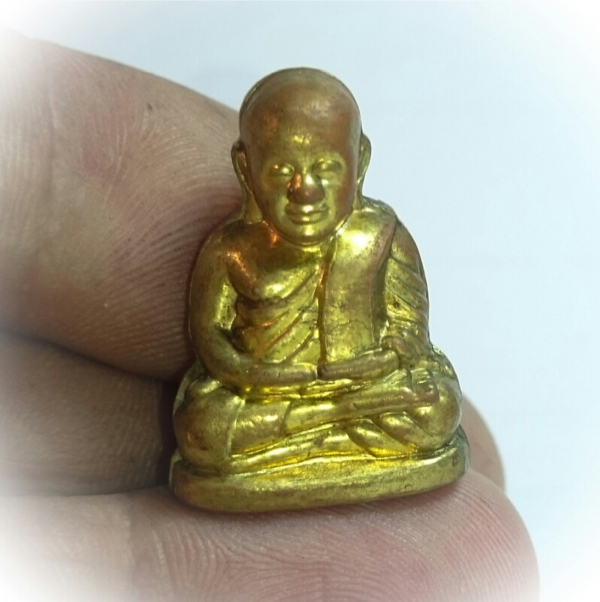 These kind of amulets can only increase in value and beauty as time goes by and are accepted by everyone in Thai amulet circles as one of the finest amulets available on the market. Of great Historical importance in the History of Thai Amulet Genre. 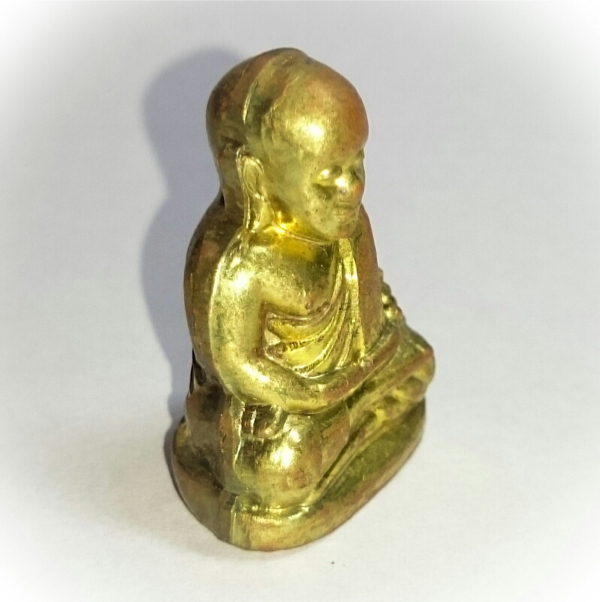 All Other editions were always cast at other temples, which did not affect the popularity of the amulets at al, and many different editions have been covered in news stories of luck, life saving miracles and the like. 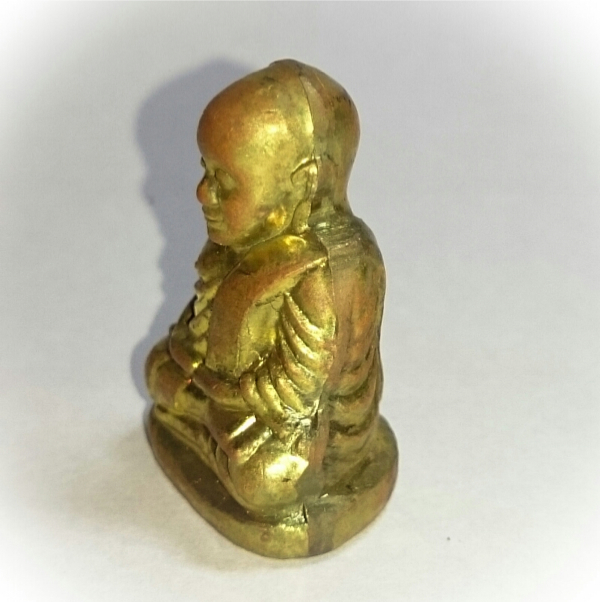