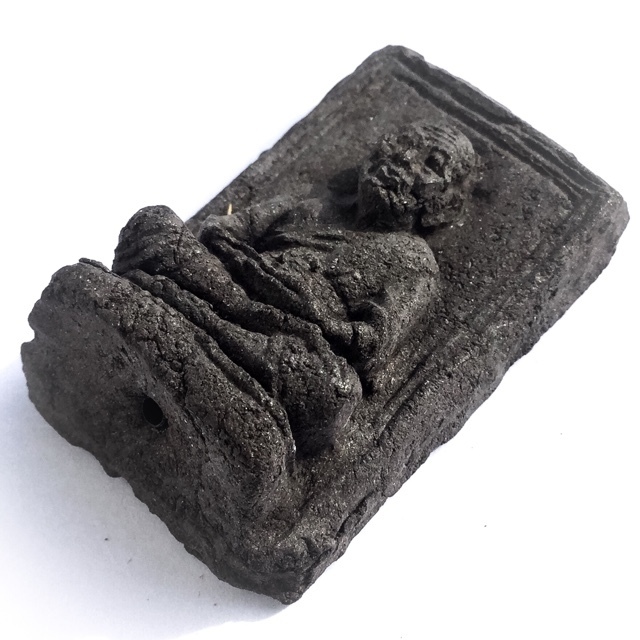 The amulet is made from Sacred Kakyayaks earths from Luang Phu Tuad's famous Magical Peat Marsh, which is the earth used in the authentic Pra Luang Por Tuad of Wat Chang Hai, and known for its many powerful magical properties and power. This amulet is an all time classic and world famous edition known for its immensely powerful Klaew Klaad and Kong Grapan Chadtri Effects, 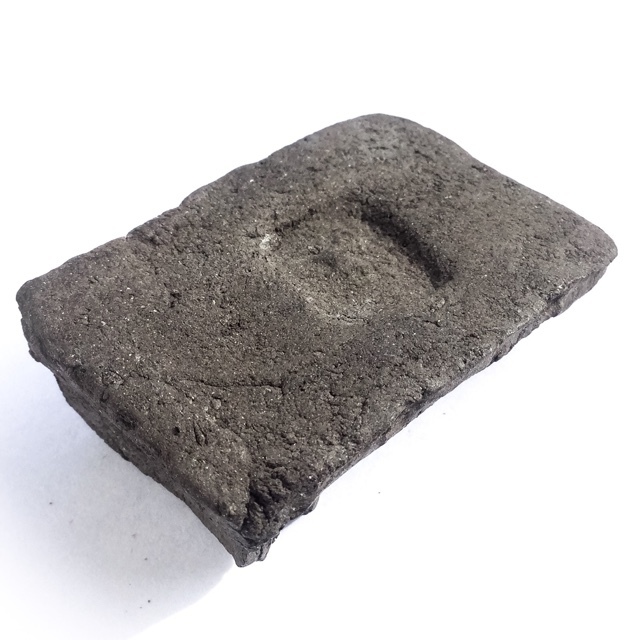 The amulet has a Takrut Narai Plaeng Roop Spell inserted into the base of the amulet, which was pressed by hand at Wat Sai Khaw and blessed in full Buddha Abhiseka by Pra Ajarn Nong and a number of Great Khao or Masters of that Time. This Pim (Model), is known as the Pim 'Si Liam', which means 'Oblong shape'. 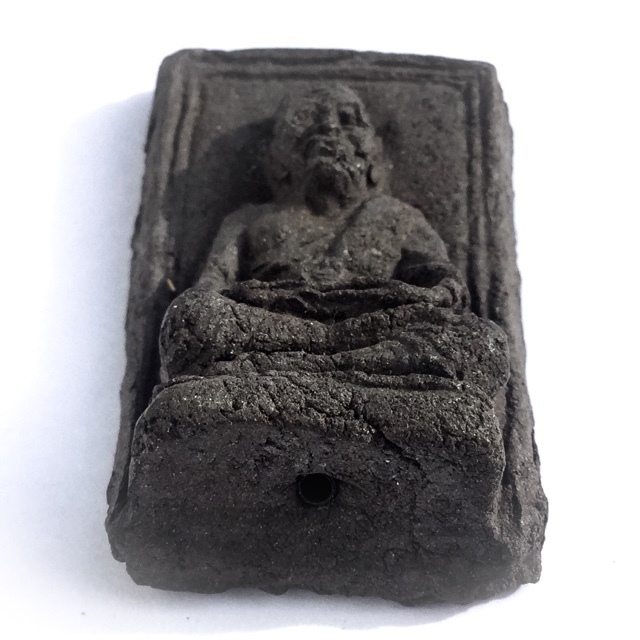 Ajarn Nong was Ordained as a Bhikkhu at the age of 21 in 2482 BE. He led a life of practice worthy of reverence and is one of the most important makers of Luang Por Tuad amulet in the history of Thai Amulet making. He became the Abbot of Wat Sai Khaw in his Birth Place of Pattani, in Ampher Koke Po. 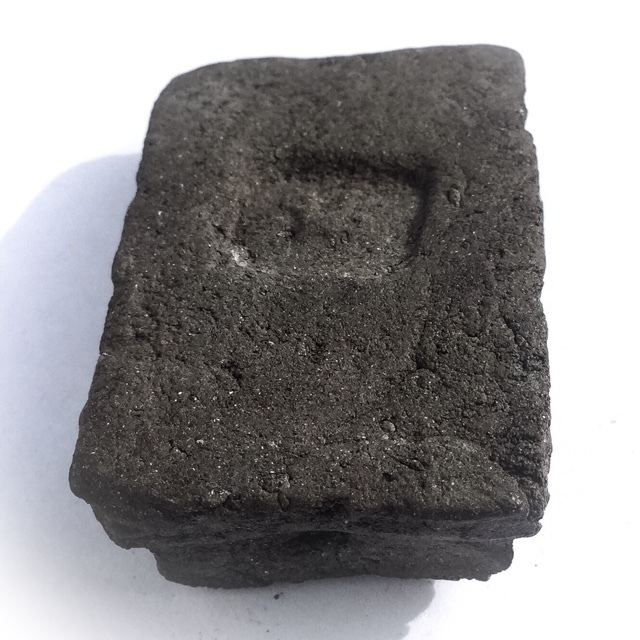 During his 60 years as a Bhikkhu, he made well over 40 editions of Masterpiece amulets. After Ajarn Nong, ex Abbot of Wat Sai Khaw, in Ampher Koke Po (Pattani) passed away on the 11th September 2542 BE, the ‘Wongarn Pra Krueang’ (Amulet Collector Society), began to gather and keep the amulets of LP Nong even more than before, for they knew that the amulets of Ajarn Nong were already incredibly famous as he was still living, and that these amulets were destined to become extremely rare in the future and jealously guarded by their owners. 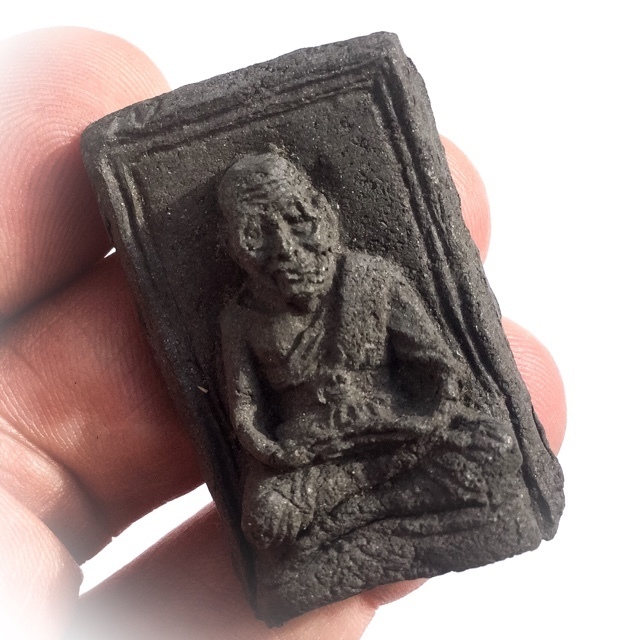 The Sacred Kakyayaks earth is clearly present, which can be seen by the presence of small flecks of white substance, which grows into 'Pratat' (sacred relic type element). Changes in the appearance of the white flecks can be expected as time passes. This is both due to atmospheric changes, and some who have faith also believe, due to the arising of Sacred Buddhakun Power thorugh prayers, within the amulet. 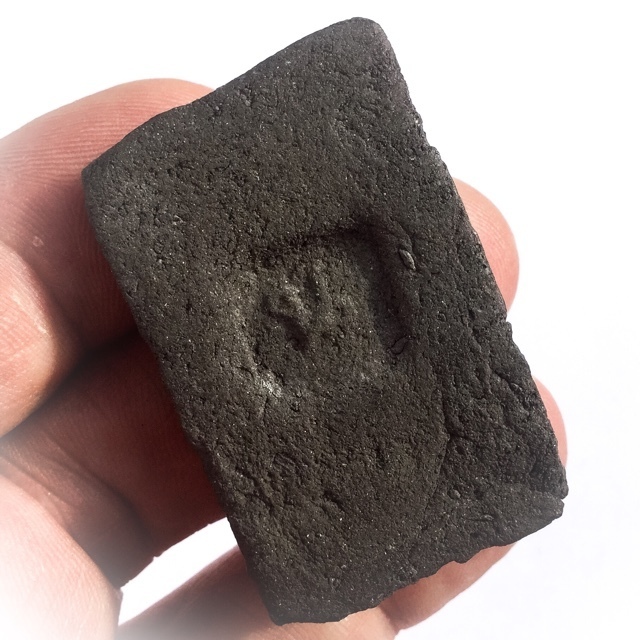 This is already now since over a decade the case, and his amulets are ever rarer to find anywhere. Ajarn Nong is most Famous for making Pra Luang Por Thuat amulets, of which he has Created over 40 different Editions of amulet in the image of LP Thuat. LP Nong made so many different types of amulet, ranging from Takrut, Metta charms, up to Pra Kring, Powder amulets and Yantra Cloths. One of his ost famous creations is of course the Takrut Narai Plaeng Roop, which was so famous for its Miraculous Events Experienced with Devotees. 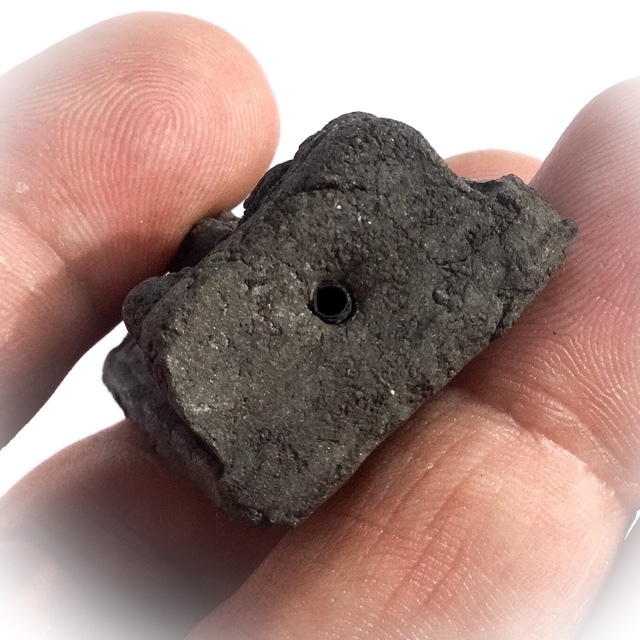 He is a Master Gaeji Ajarn of the Southern Khao or magical Lineage. Most of his amulets were empowered with the Lineage Masters of the Khao Or Cave. He is entering History along with the Great Luang Por Tim (Wat Chang Hai) for his contribution to continuing the Dtamra of making Pra Luang Por Thuad amulets.

One powerful aspect of the Wicha within this amulet, apart from the power of Luang Por Tuad himself, is the insertion of the Takrut Narai Plaeng Roop scroll spell; If we talk of Ajarn Nongs amulets, then the Takrut Narai Plaeng Roop amulet is one type which cannot be overlooked, for his Takrut charms are amongst the most preferred amulets of LP Nong along with LP Tuad amulets. It is therefore the Takrut and the LP Tuad amulet for which Ajarn Nong is commonly known for. 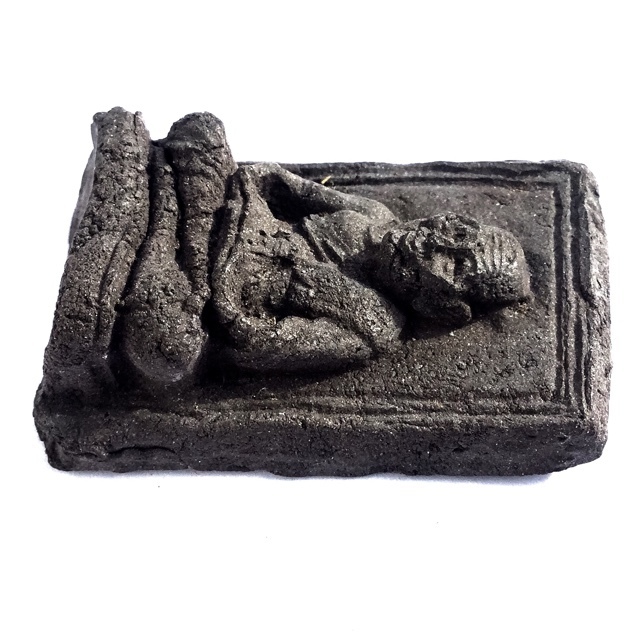 The most famous of all Takruts by Ajarn Nong is the Takrut Tone Narai Plaeng Roop, which was so successful with Devotees, that it has become his trademark. Especially in the Vietnam War, the Soldiers who had received Takrut from Ajarn Nong all came home safely without one single exception, and many returned with tales of miraculous escapes from death, attributed to the magic of Ajarn Nongs Takrut amulets. 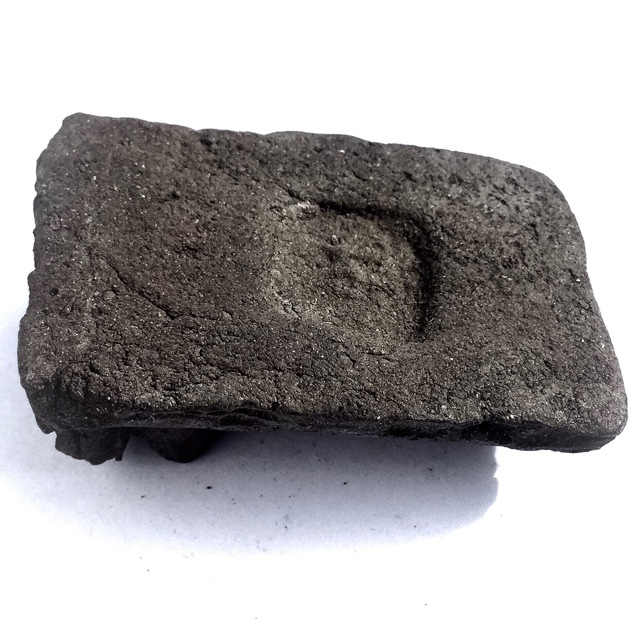 There are so many tales of Devotees encountering Miracles and life saving magic, that the legend of his Takrut follow him like his own shadow. It is said that Ajarn Nong began to make and hand out Takrut Tone amulets around 2496 BE, which he would hand out to his close disciples. The very first Takrut were made from small sheet of Iron, and were small in size. 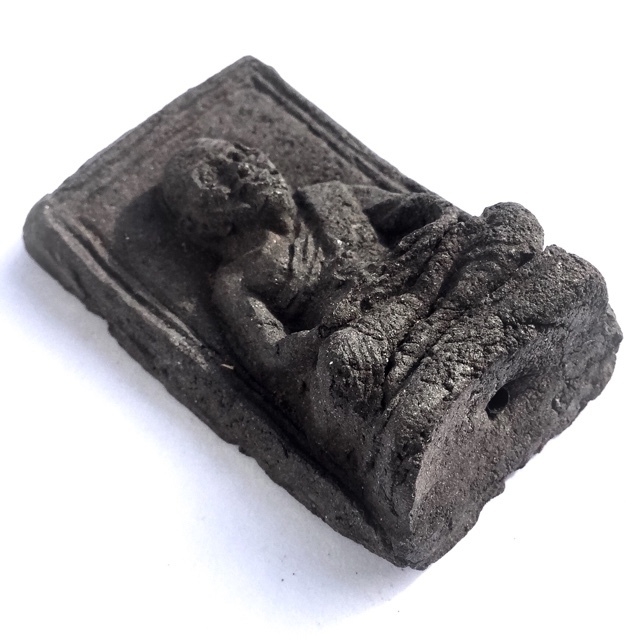 Some time later, some Looksit brought some gun shells to use for Takrut making. These Takruts were varied sizes depending on what kind of bullet shells were available. This edition gained much fame and legendary status for the many life saving tales from those who possessed one. 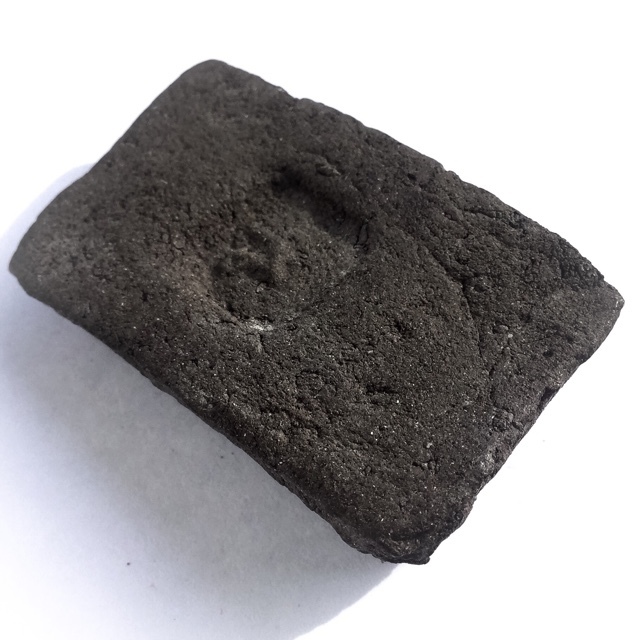 For Luang Por Thuad amulets, his metal amulets in Loi Ongk and coin form are very worth collecting and revering, especially if you are a believer in the Wicha Pra Narai Plaeng Roop, and there is one edition of Pra Kring in the form of Luang Por Tuad, which he made that is very highly prized and rare amulet, and perhaps his most rare of all. 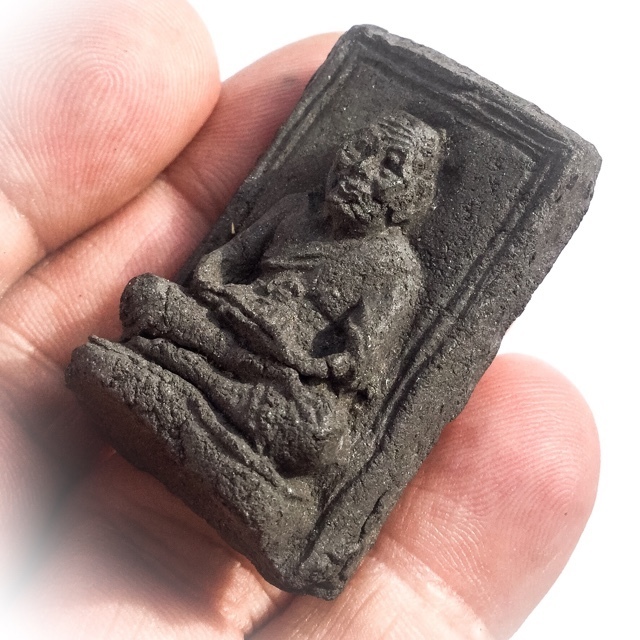 Ajarn Nong passed away in 2542 at the age of 80, after 60 years as a Bhikkhu. His legend now continues with the Amulets of Ajatn Peng (current Abbot of Wat Sai Khaw), to Whom he taught, and passed on the Wicha of Takrut Narai Plaeng Roop. 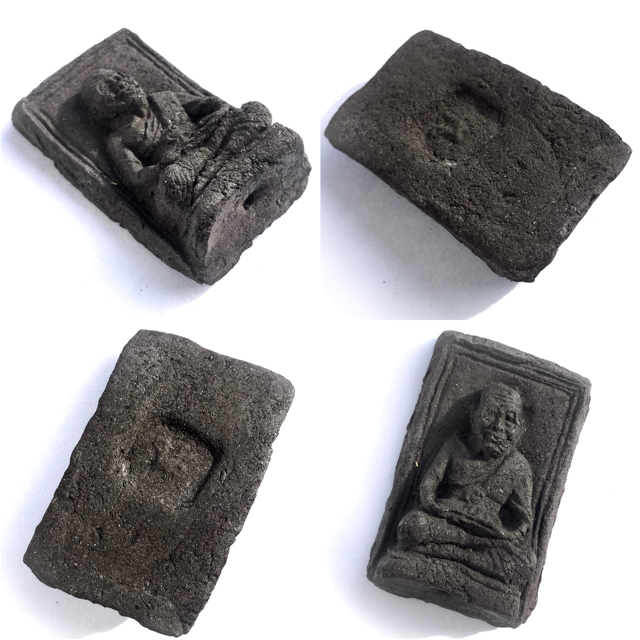