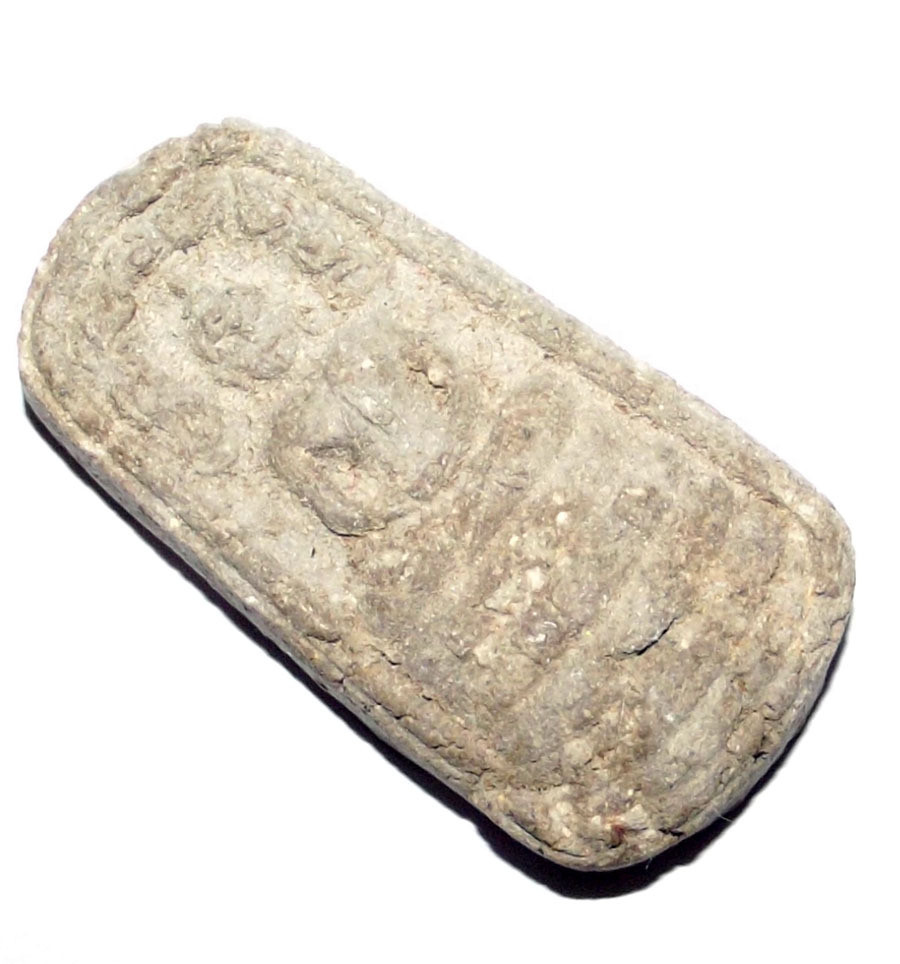 Pim Niyom version of the 2511 BE Release 'Pra-Gru' burial chamber version of the 2495 - 2407 release Pra Nakprok Taep Nimit edition released in the most famous Miracle Blessing Ceremony, which was performed with the presence of hundreds of Lersi Hermit Masters from India Thailand and around South East Asia, whom Ajarn Chum had invited to assist in the empowerment.

The 'Long Gru' 2511 BE release is a much harder and lighter colored amulet,, which looks more like clay, than sacred powder. This fact is due to the drying if the atmosphere and changing humidity factors of the Gru chamber, which resulted in the amulets having a distinct appearance to the jet black ones which were not stored for more than 12 years in a closed chamber.

There were two different Pim (models) one with smooth rear surface, and this, rarer 'Hlang Yant Ha' (five Buddas Yantra) on the rear face.

The black 2496 BE Hlang Yant Ha model is the Pim Niyom of all models, and now a much more expensive item to acquire than the smooth backed model. The supply from the Gru Chamber finally were depleted in 2524 BE, as the very last amulets from the 2497 Indochina War edition were handed out. 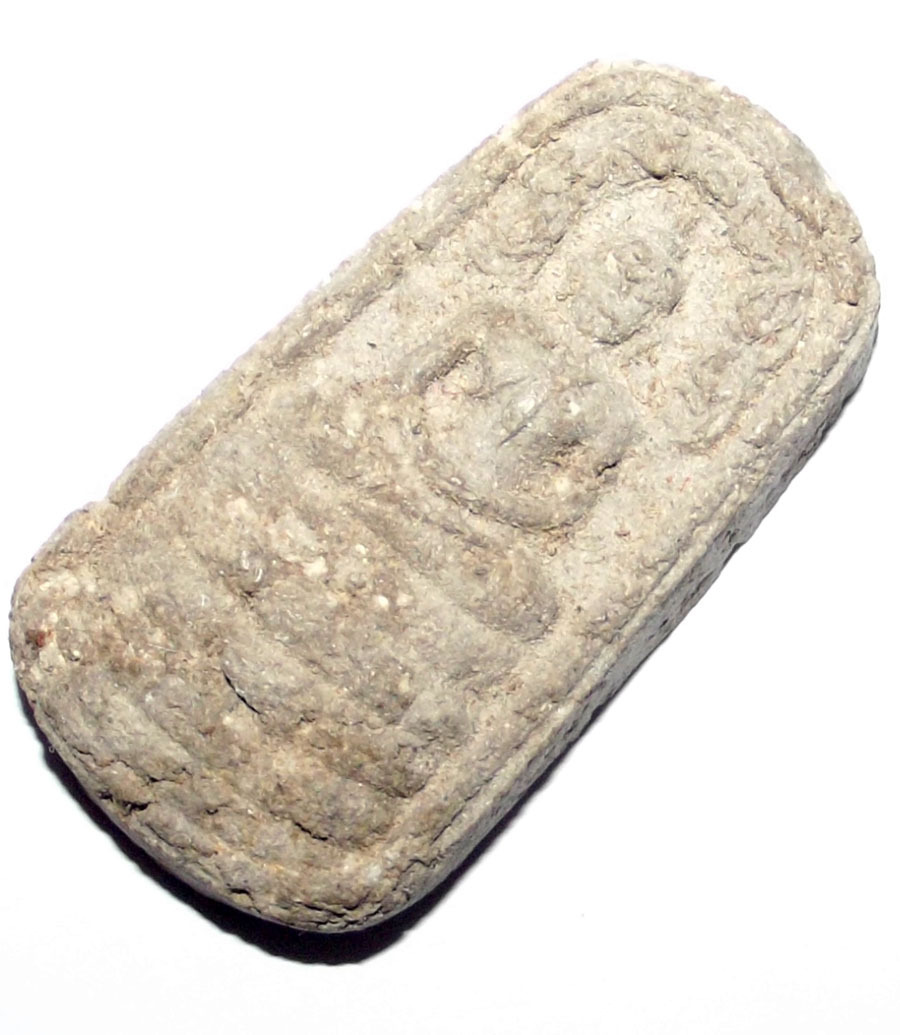 The reason that this amulet is called 'Taep Nimit, is that the word Nimit means 'appear in a vision', and thie Dtamra (legend) of Ajarn Chums 'Taep Nimit' amulets began with a vision in a dream, in which an ancient Monk appeared and foretold that those Humans who do not follow the Dhamma, and have Moral Precepts will be engulfed in attacks by great weapons the world has never seend before, be invaded by pirates and thieves who are worse than wild animals, and attacked by ghosts and demons. 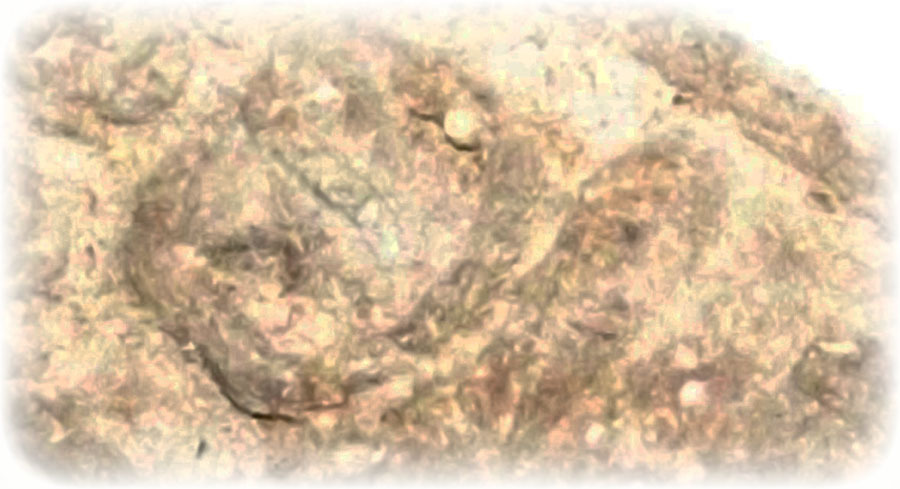 Above; close-up of Muan Sarn

Ladies will find this amulet a very good choice because of its petite size and thinness. Comes with or without free waterproof casing. 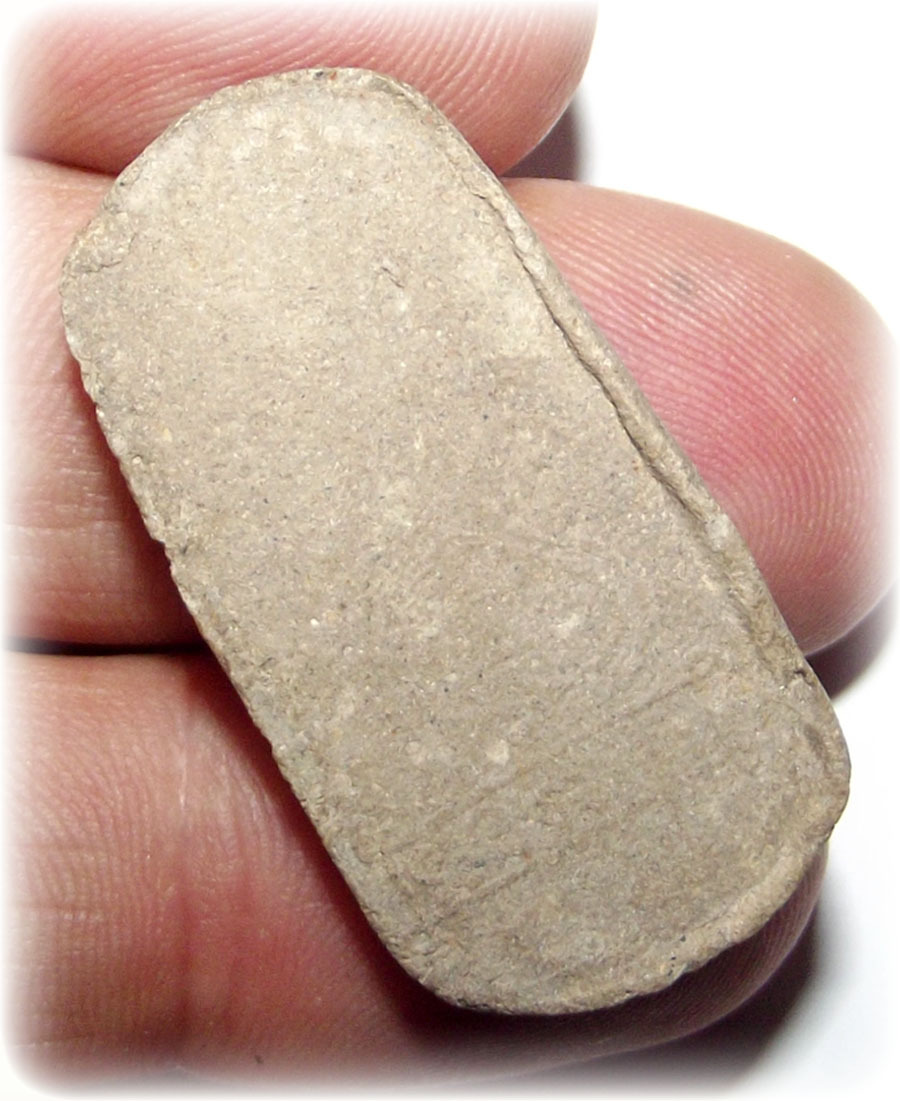 Pra Nakprok Taep Nimit was created and empowered in 2496 BE by Ajarn Chum Chai Kiree. It was empowered at Wat Banpot Nimit. The amulet is in the form of the Buddha with a seven headed Naga canopy depicting the moment that the Naga King gave shelter from the rain to the Buddha as he sat in deep meditation in his attempt to enlighten. The amulet is detailed for its small size with the facial expression visible on the Nakprok Buddha.

The 'Yant Ha' 5 Buddhas Yantra is slightly visible on the rear face, faded from years of storage, bearing the Kata 'Na Mo Put Taa Ya'.

Ajarn Chum Gave a Traimas empowerment to the amulets. As usual in the empowerment of the Puttapisek final ceremony, the famous Khun Pantagij Rachadej was present to add his Incantations to the blessing. This amulet was given out to Devotees present in the Wai 2496 BE Wai Kroo Ceremony. A host of Famous Gaeji Ajarns of the Khao Or Lineage were present to assist with the blessings and Puttapisek chanting. The remainder were placed inside a Gru Burial hiding chamber, and later retrived, to be released at the 2511 BE Miracle ceremony, now so famous as one of the most important ceremonies in the History of Thai Buddhism and in Thai Occultism. 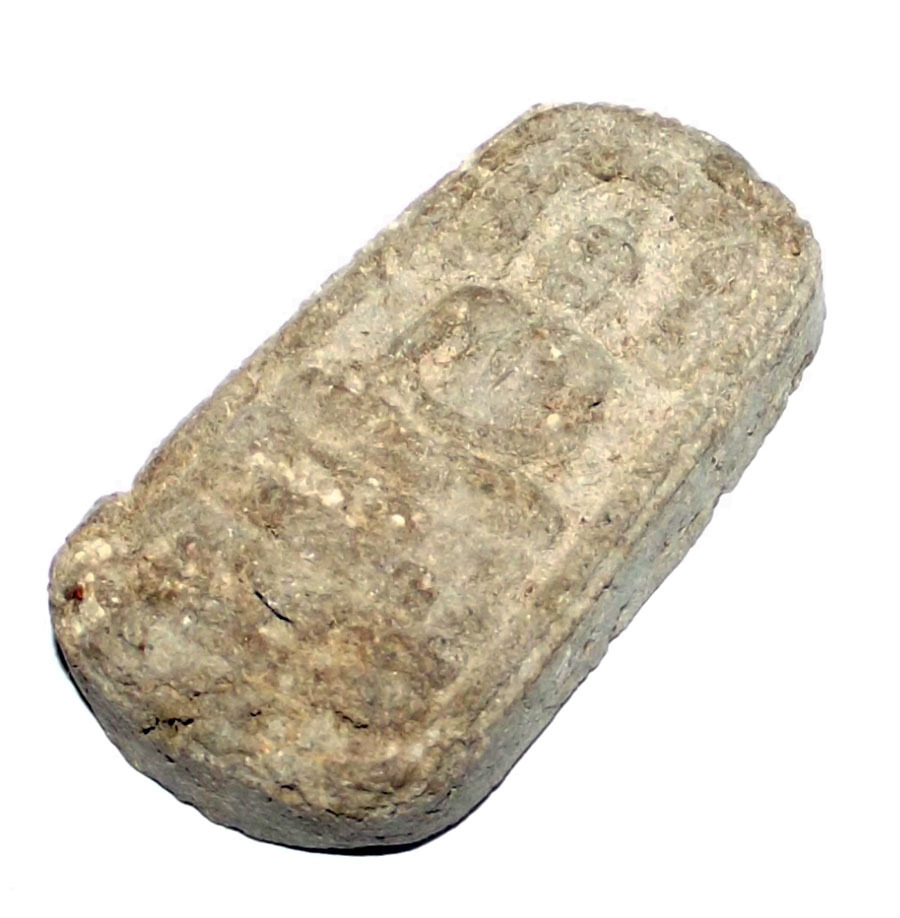 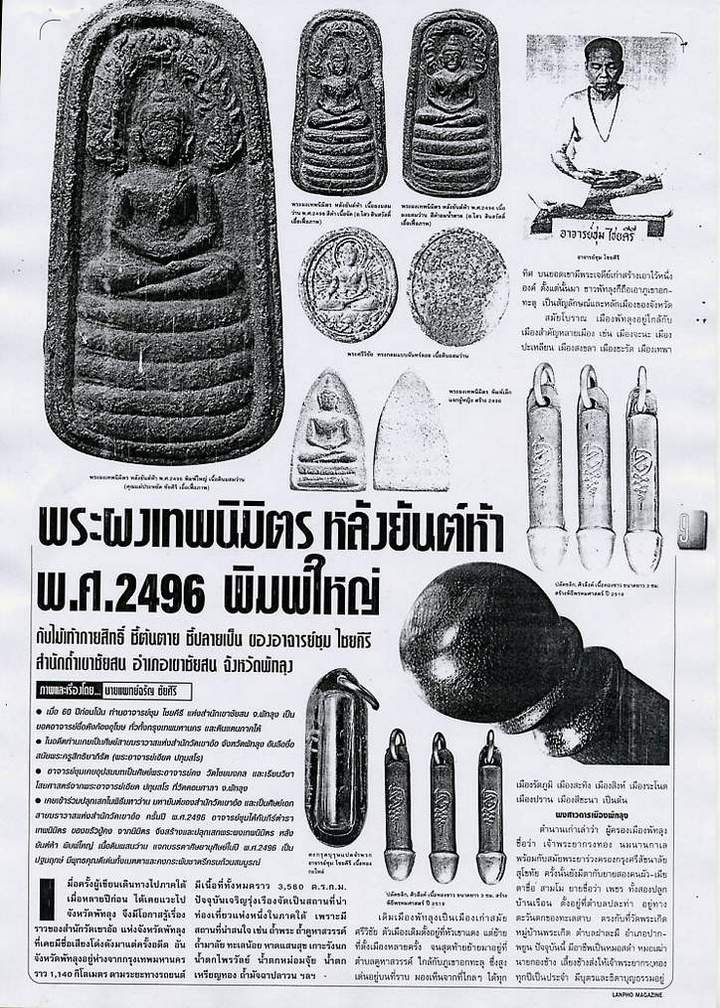 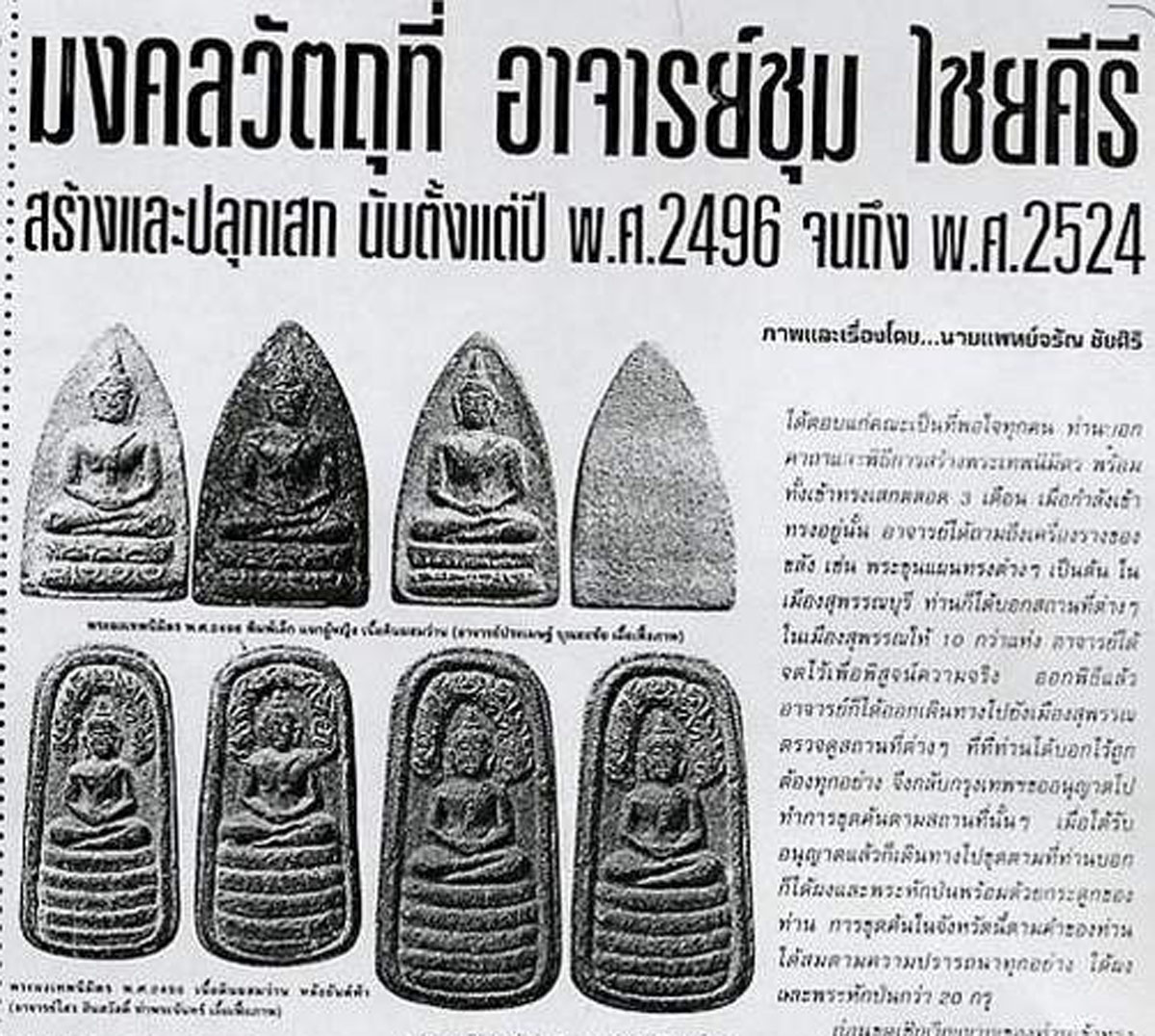 Not only this, but Ajarn Kongs spirit also demanded that Ajarn Chum remove some Pra Yord Khun Pon, Pra Khun Phaen and the bones of Luang Phu Kong himself from the inner chamber below the Chediat Wat Tn (Wat kae) in Supannburi (which had been there since the times of the Ayuttaya Kingdom). Ajarn Chum went to ask for permission to dig there from the Ministry of Fine Arts and Culture. As soon as the Devotees heard of this, they asked Ajarn Chum to make Pra Khun Phaen and Pra Taep Nimit amulets. Ajarn Chum thought carefully about it and thgought that if he did make them, then he would have funds to build an Uposadha shrine room at Wat ban Suan in Pattalung and dedicate it and the merits recieved to Luang Por Kong, as well as to distribute amulets to soldiers and other members of the military and police force who were defending the country from danger. Bucha Method (How to Worship)

Chant Namo Tassa 3 times first (as must be done before chanting to any amulets) Then pray hard and declare that you take refuge in the Buddha, Dhamma and Sangha, then gaze at the Buddha on the face of the amulet for a moment, before breathing in and saying innerly 'Bud' and breating out and saying 'Dho' (or Put-To, depending on your pronunciation). Keep doing this until your mind is still and clear. Once you have attained the stillness of meditation, then begin to chant the following; I Sawaa Su Su Sawaa I - A Sang Wi Su Lo Bu Sa Pu Pa (3 times) If you have any bothersome influences or events occurring, or questions you need answering, then light incense and call the devas that take care of the Buddhas to come, whilst thinking of Luang Phu Kong and Pra Khun Phaen. Then place your hands together with the amulet between them, and begin to chant the following;

Na Ma Pa Ta Neu Meu Peu Teu - Keep chanting it until the Deva of the amulet enters your mind, after which you wil be able to pose questions in your heart without words. 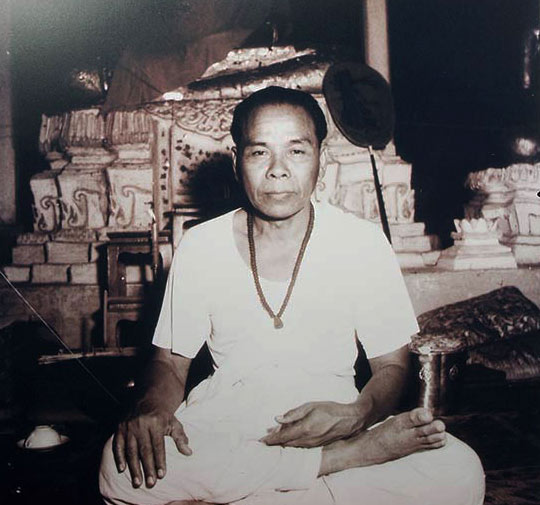 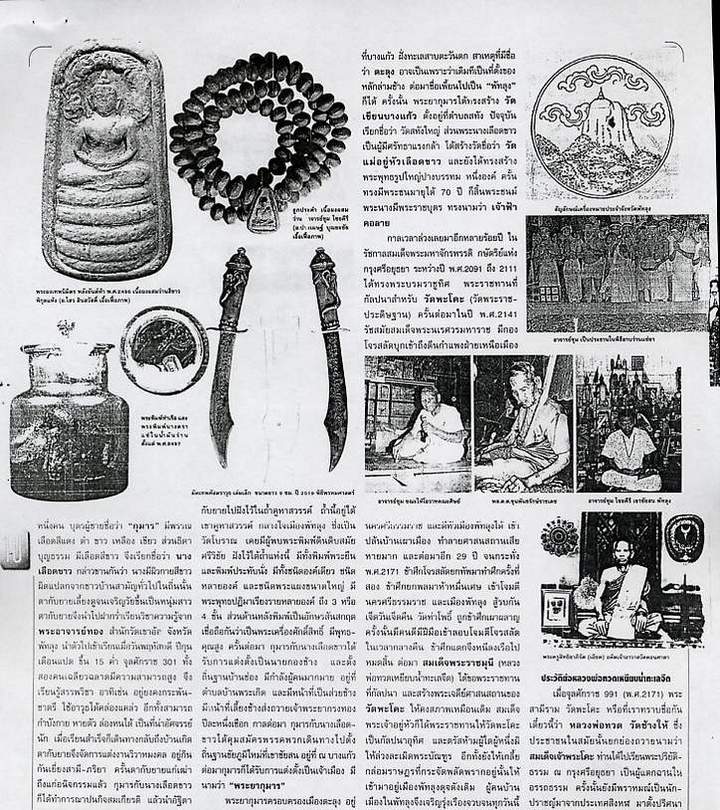 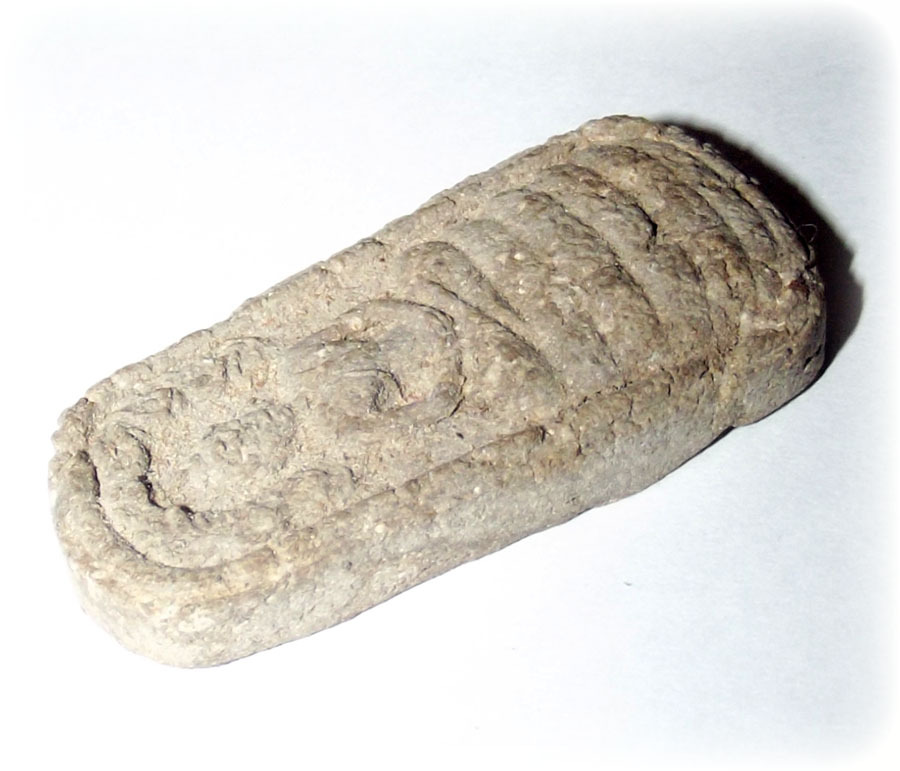