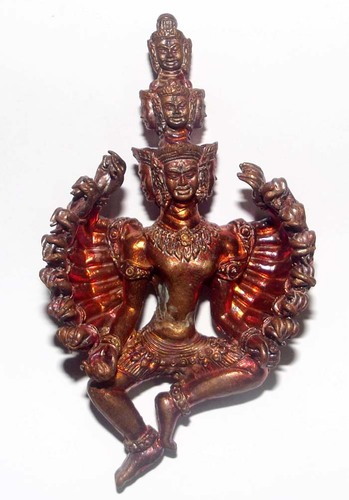 A most beautiful Seven colored Metal Sacred Khmer Vishnu opening the Worlds amulet, by Luang Phu Pa Atiwaro (84 Years old), from Wat Bua Rarom, Sri Saket. He empowered this edition of amulets in the Dtraimas method; three months of empowerment with the amulets in his Kuti hut, where he would sit in meditation and add power to the amulets for the whole three month period. This amulet has become extremely rare, and also more expensive in the years since its issue, and was very difficult for us to find. It is a large amulet suitable for Males, and Larger Persons. 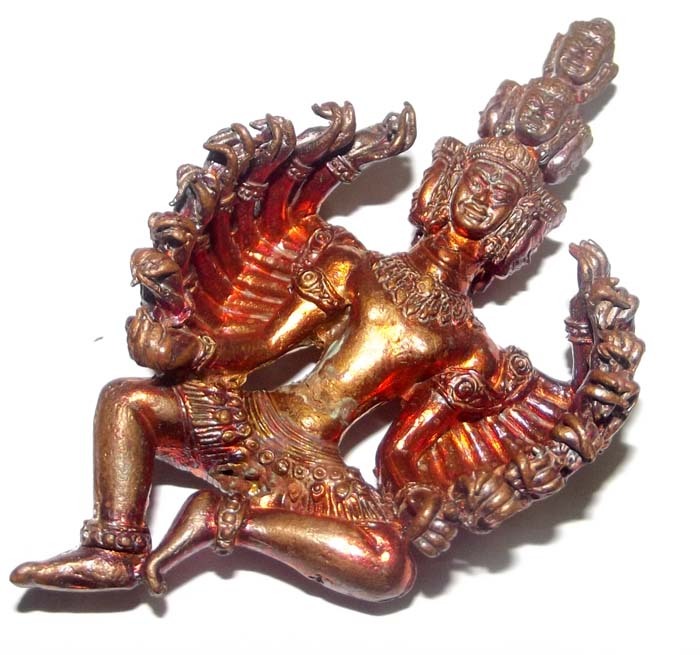 Made from 'Nuea Taewaroop Khom Pan Pi'  - thousand year old metal from a Deity image from the Khom Empire, was used to smelt these Narai images. Pra Narai is the Brahman Deity Vishnu Narayan. This emanation has 16 arms and nine heads and is thus a very powerful aspect, or emanation of the Vishnu Deity. In fact, it is Pra Narai Perd Loke (Vishnu opening up the different worlds). 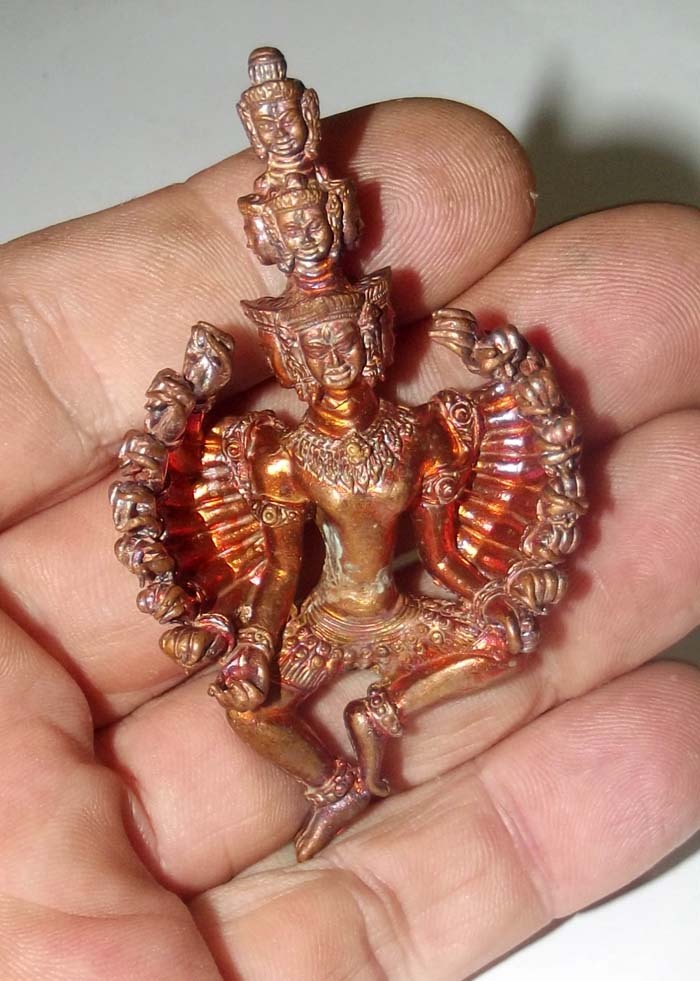 Vishnu is a Deity who always comes to the rescue of the sentient beings, and is thus tantamount to a Bodhisattva. He is however also a justice bringer, and thus can be compared to the Yidam deities found in Tibetan Buddhism also, who are indeed Bodhisattvas, but in fearsome aspect. One of the three aspects of the triple Deity Trimurti, who is the unification of the Hinduistic Trinity, Shiva, Vishnu and Brahma. 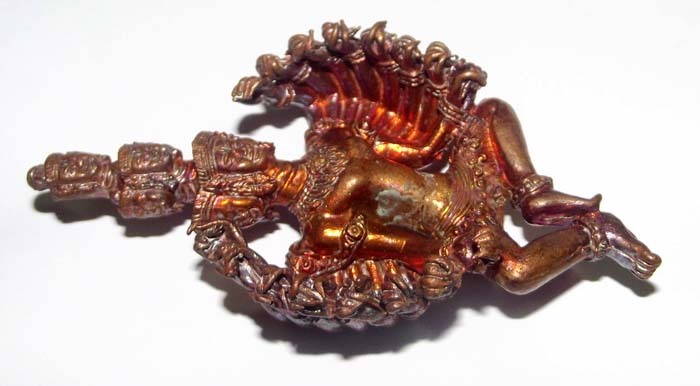 Vishnu is an extremely powerful Deity who can help in many aspects of life as well as in unworldly matters too. Protection against evil doers, black magic, Kong Grapan, also increase of success, for he removes negative obstacles. 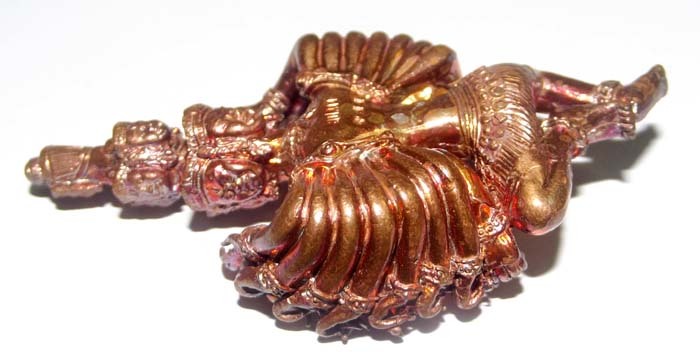 The amulet is limited edition with coded number in the back side of the Deity, along with Luang Phu Pa's traditional habit of stamping his Initials as an authenticity mark (l.p.Pa). 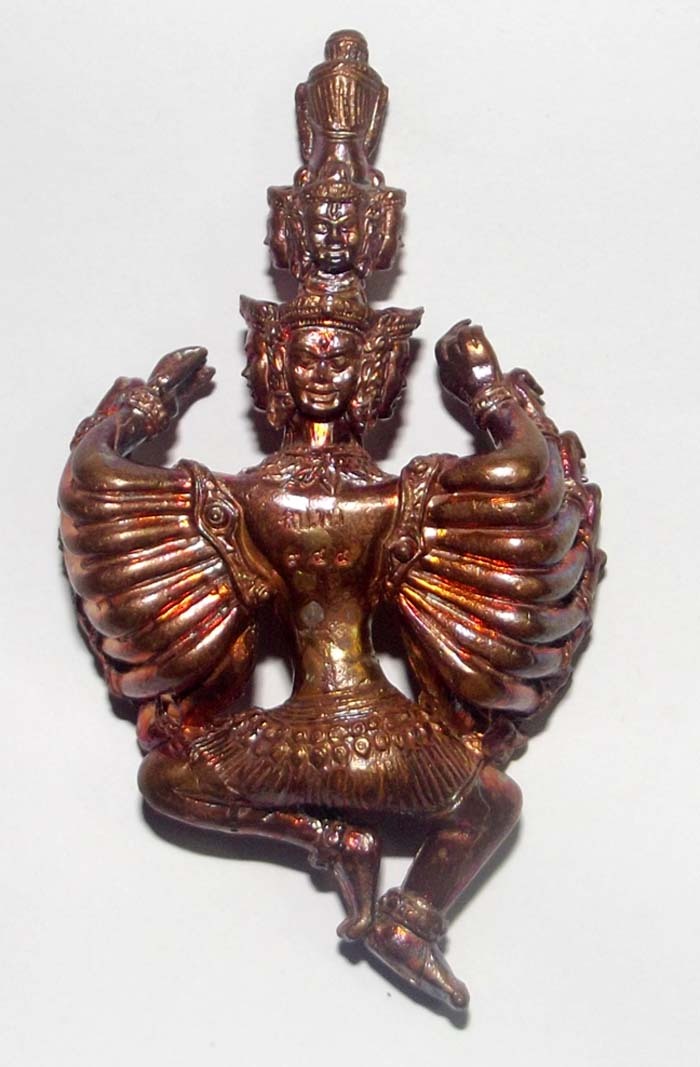 The Vishnu amulets were made in 2 different Sacred Metals; Taewaroop Khom Pan Pi (Metal from a 1000 year Old Khmer Deity Statue), and Nuea Samrit Boran (Ancient Bronze Artifact). Each metal had a total of 999 Amulets made. 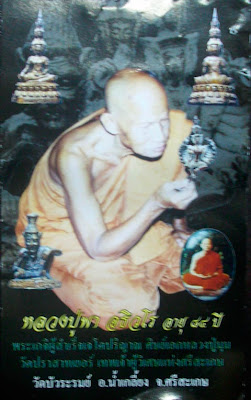 Released in the 'Traimas Perd Loke 2553 BE' Edition. 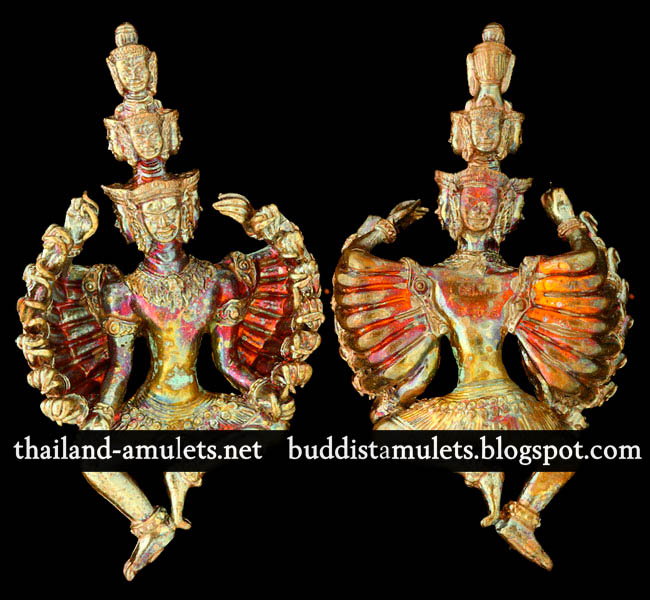 Can be encased if desired (see below pic for example) 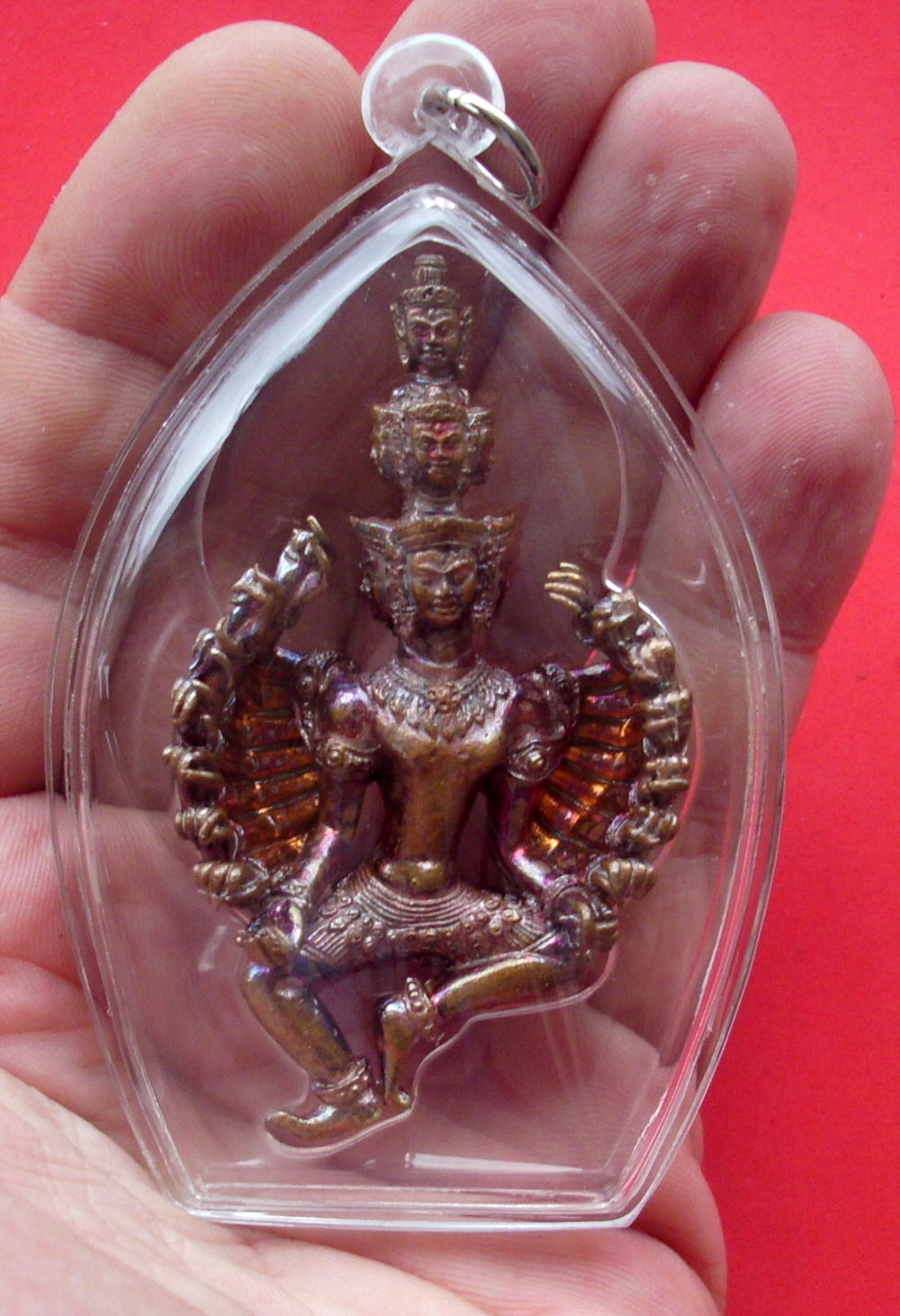