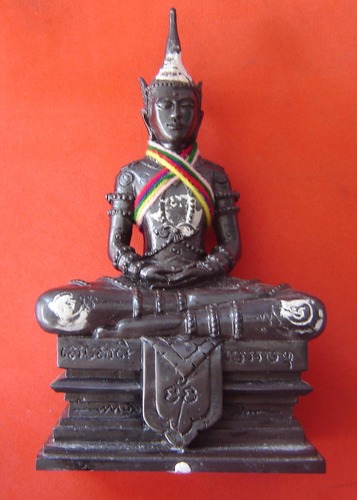 Pra Ngang Bucha statue by Ajarn Kom Traiwaes. Ajarn Kom is one of Thailands Top Laymasters and one of the Top Masters for Wicha Pra Ngang. This Bucha is empowered with multiple Metta and Maha Sanaeh as well as Choke Lap and Maha Lap Incantations and sacred ingredients to increment wealth and attraction power. The Ngang has recieved a special multicolored thread spell, which is wrapped around his chest, this kind of 7 colored thread spell is very rare and also very powerful for multiple blessings, luck and wealth. It is also a way of constraining any 'Hian' energy so that it is under control. 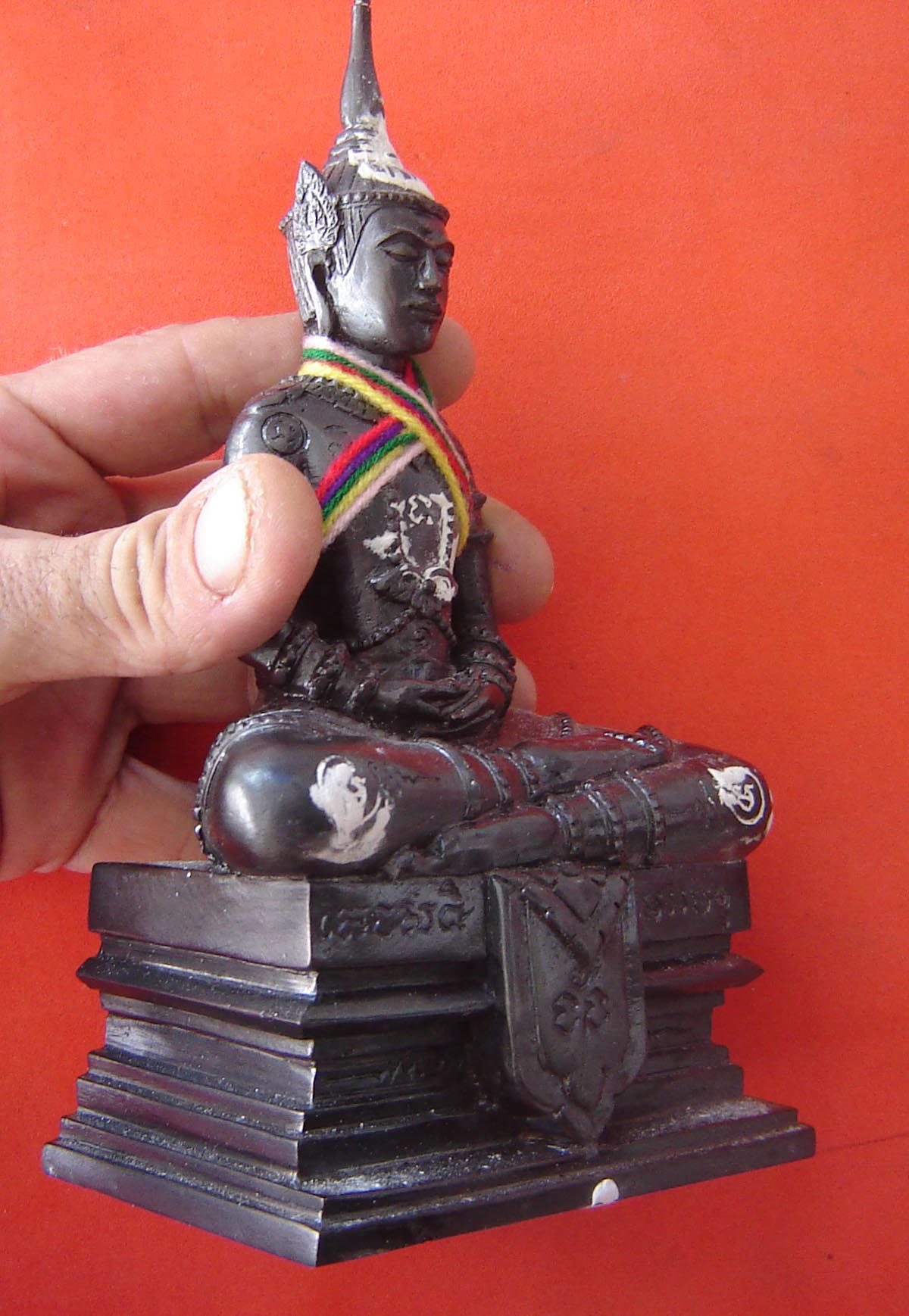 Sacred powders have been pasted on the limbs as Ajarn Kom performed the invocation of the four elements and the 32 components of a living being, and empowered each element as he inscribed spells with the white paste.

The base of the statue is filled with sacred powders and various magical elements, including one Tiger Tooth, a sacred powder holy stag amulet, one coffin nail, one gold Takrut, and one Bia Gae Jon amulet. Just the elements stuffed into the base are already a treasure trove of wealth increasing magical elements, which serve as a foundation for the spirit of the Ngang to use his powers in conjuction with the various abilities present within the elements inserted into the base. Primary element is the conscious Deva as a ruling spirit of the effigy, and the secondary element of this magic is the set of individual magical amulets and spells within the base of the statue. 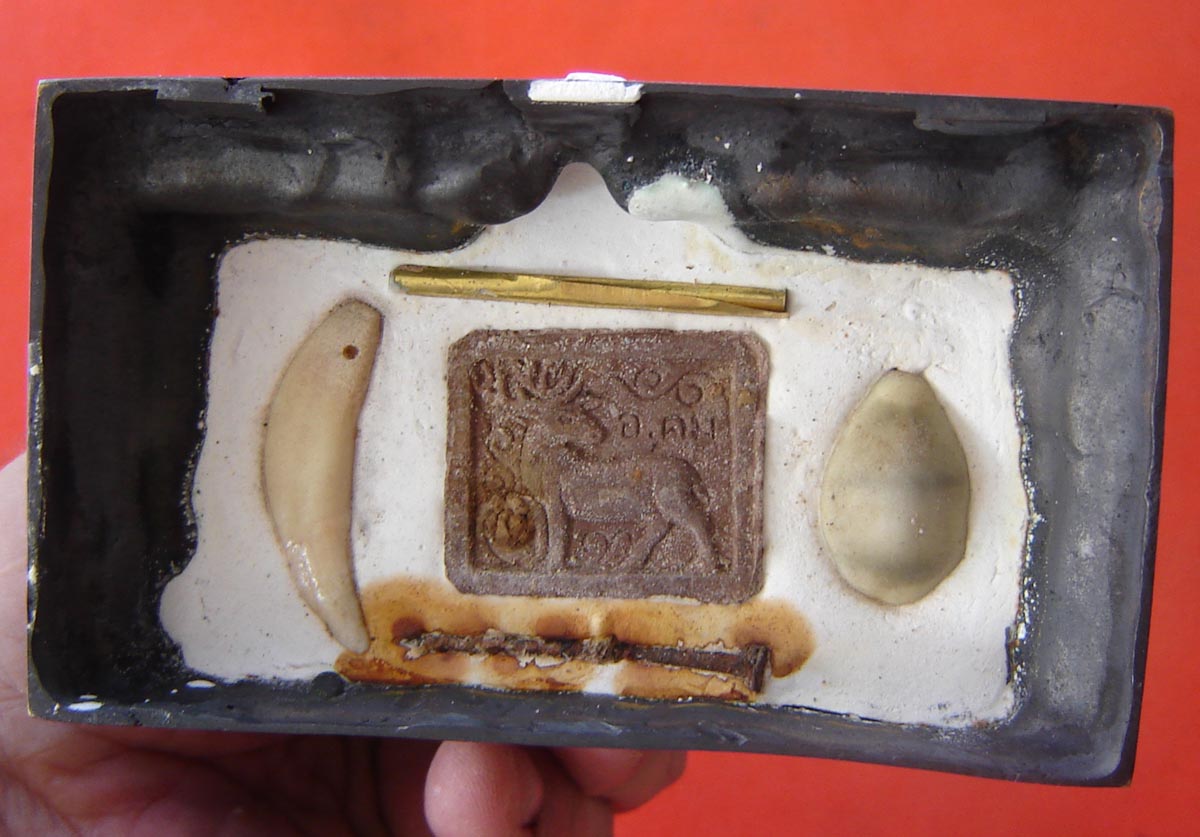 The Bucha Statue has of course recieved the reanimation spell to invoke and animate the Deva within the statue using the Hnun Taat 4, Akarn 32 and Nibbana Sutta Incantations to empower the statues with the spirit of a consious Deva, and agree with the Devas in question to inhait the statues willingly to assist devotees of Lord Buddha to reduce their suffering, and thus accumulate merits along with their human companion, to one day attain liberation through sharing of merits and mutual Baksheesh (practicing metta and generosity to each other and dedication of merits). 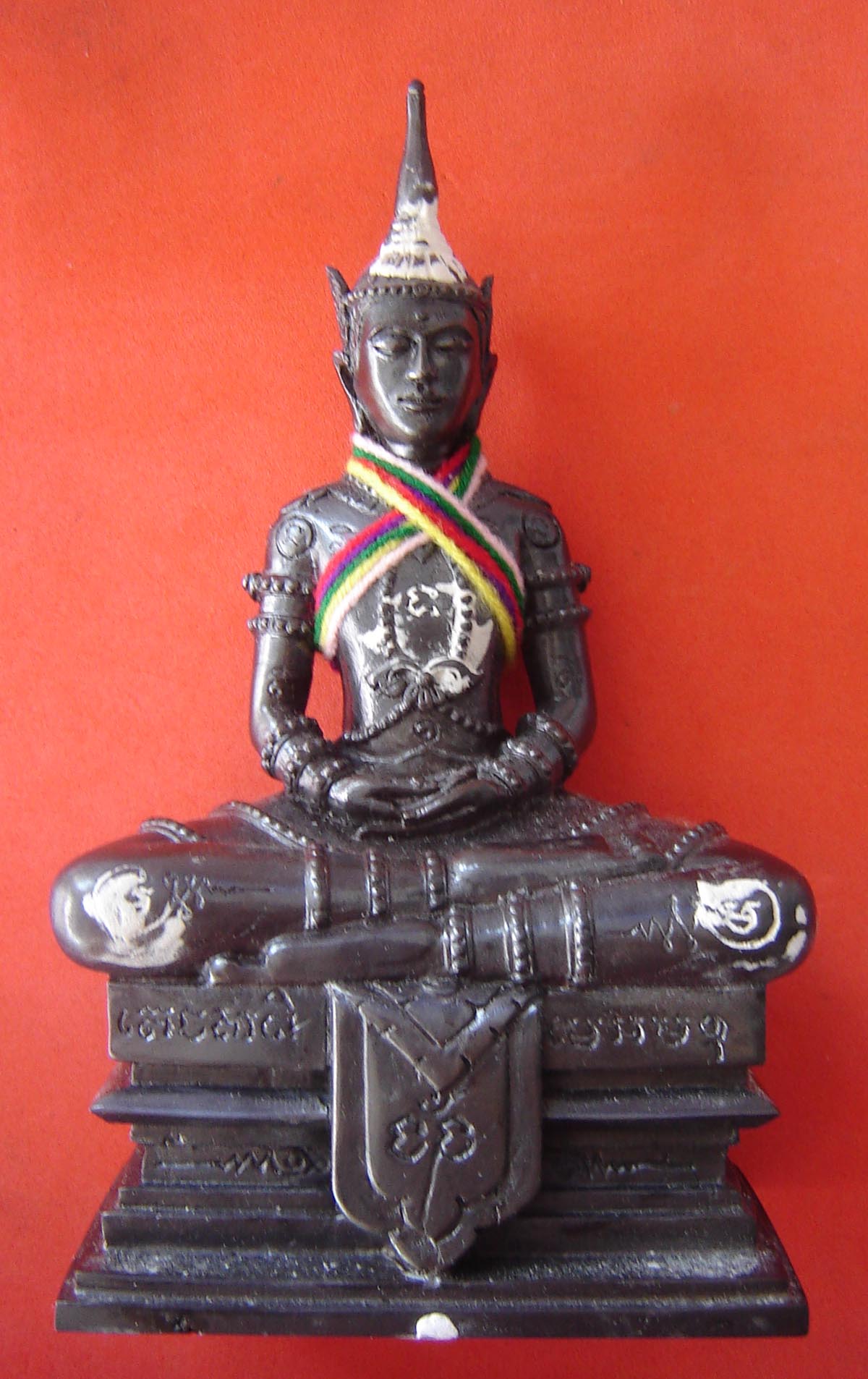 This Ngang and the elements in the base combine to offer the full gamma of possible magical blessings with the tooth for Kong Grapan the Deer for Metta, the Takrut for luck and wealth, the Bia Gae Jon, to keep away black magic and inauspicious events, prevent loss of money and attract wealth, the sacred powders to keep safe and healthy and keep evil away, and all mixed together and contained and channeled through the power of the Pra Ngang Deva whose mighty Prai Magic will charge the atmosphere with Metta and Maha Sanaeh energy.

What is the Pra Ngang Deity? How to Worship - Kata Pra Ngang