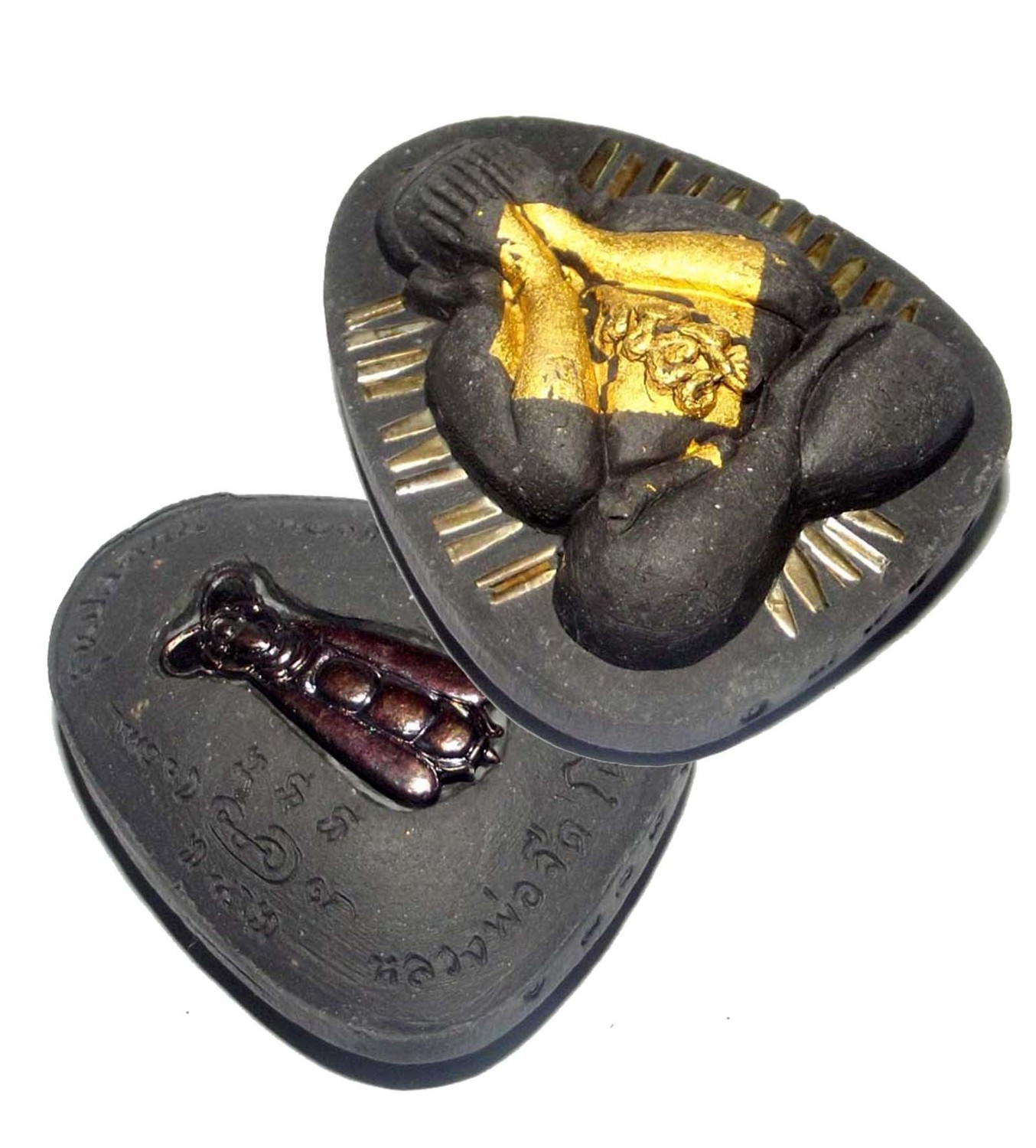 Giant Size Pra Classic Pra Pid Ta Buddhist Amulets in Sacred Powder (Pong Puttakun) mixed with Powdered and Blessed Bees Nest (A Sorcerous Ingredient which has the Maha Lap effect of Increasing Wealth treasures and Lucky Fortunes). This is the Pim A Ongk Kroo 'Jumbo Plod Nee' (Riddance to Debts and Poverty amulet). The Pim A Plod Nee Model has 28 Silver Takrut Spells Individually Inscribed and Empowered with the 28 Buddhas, and the Psychic Elemental Magic and Buddhist Blessings of Luang Por Jerd. There was one other Model, the 'Pra Pid Ta Jumbo Ngern Larn' (Wealthy Millionaire Amulet). 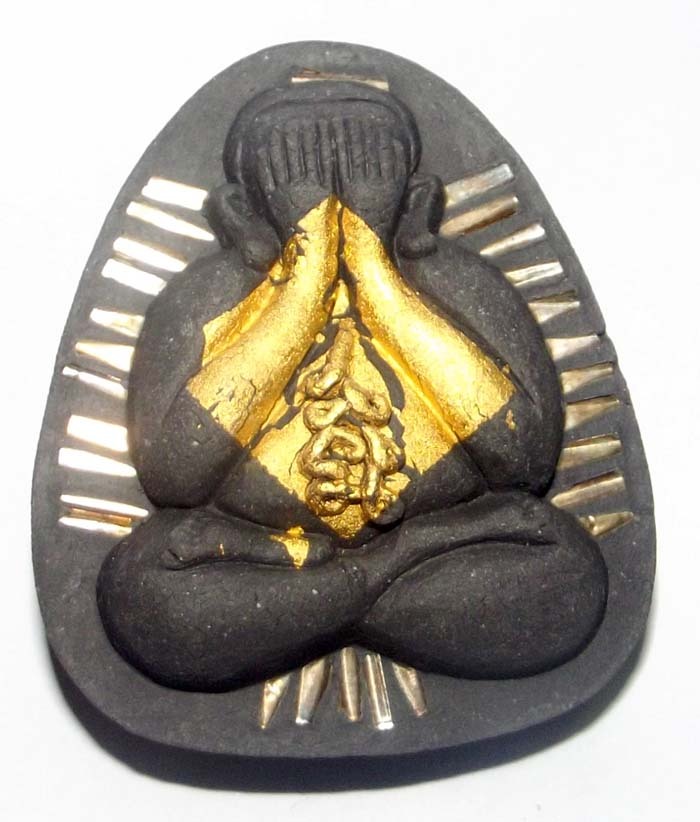 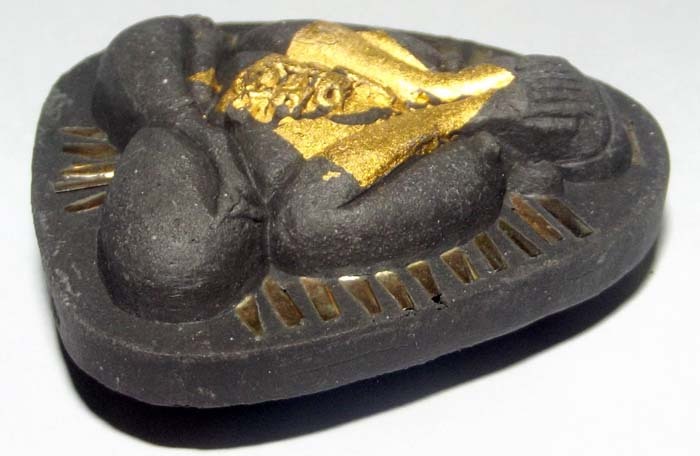 Only 699 of these amulets were made 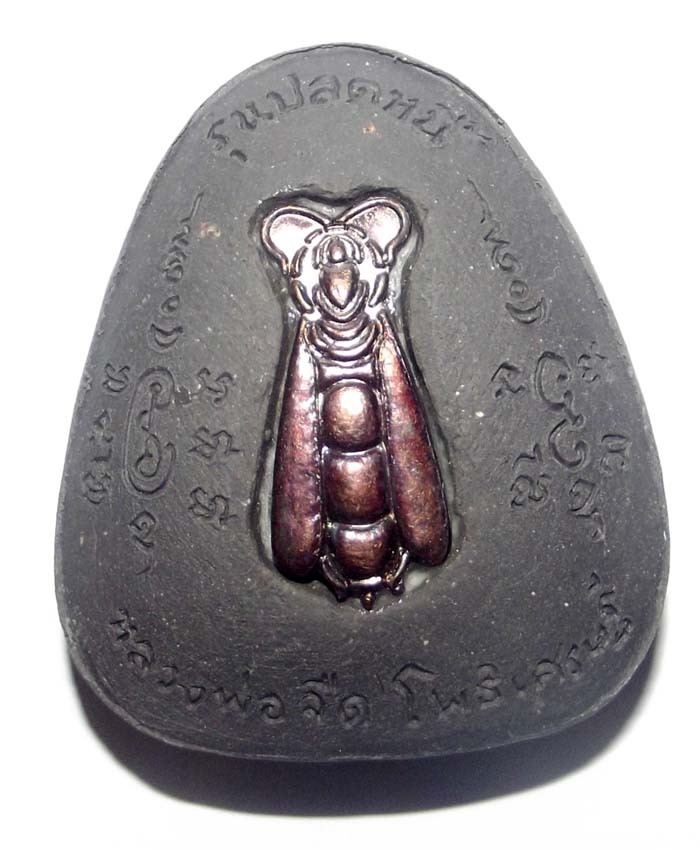 The quality of the Sacred Muan sarn is Excellent, and will only Improve and Look More Sacred as Time Passes. The Older it gets, the Better it Looks. This is a Classic of the Highest Order and will most Certainly Enter the Annals of Thai Amulet History as well as becoming one of Luang Por Jerd's most famous and sought after editions. 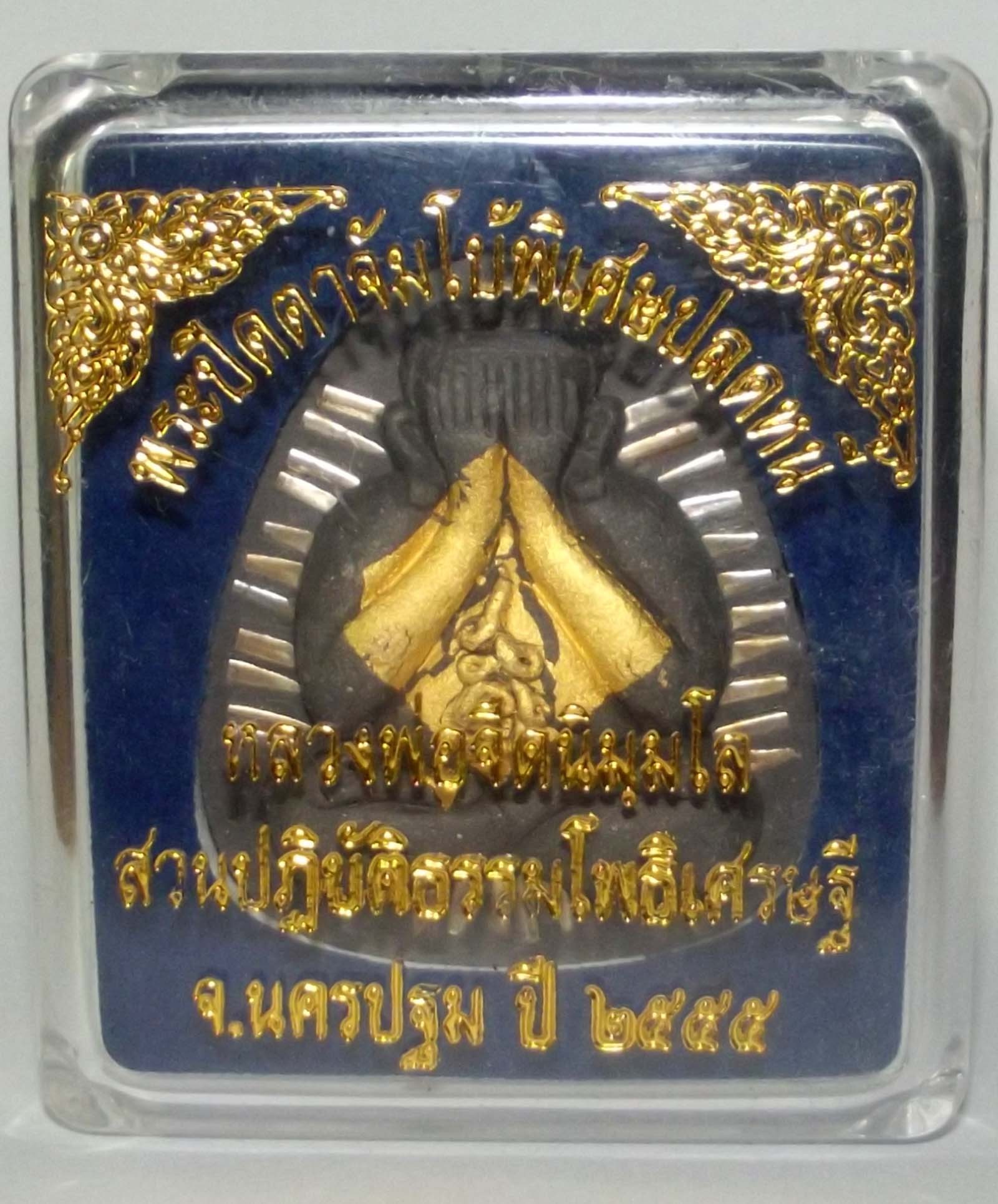 The purpose of this Edition was to raise funds for the building of a 'Taewa sathaan' (Deity Shrine) with a large statue of Pra Pikanes (Ganesha) sitting on a pair of Gold and a Silver treasure Bees as his Throne. 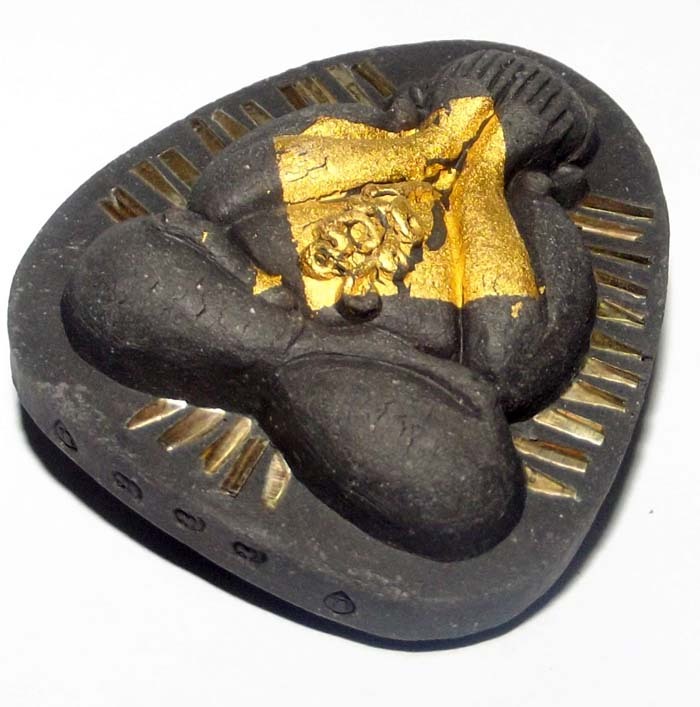 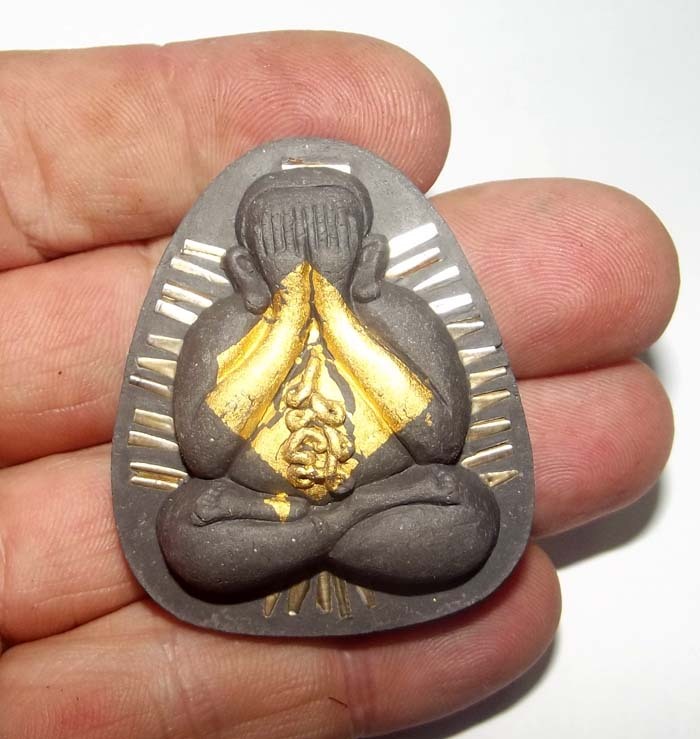