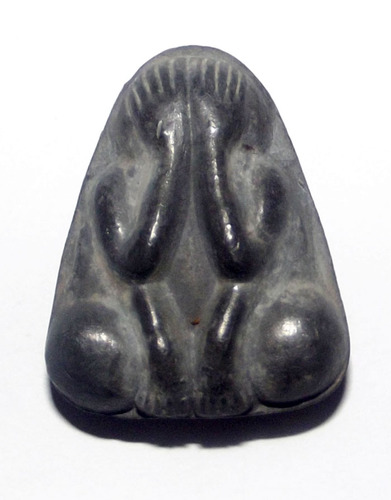 These Ancient Style Southern Khao Or Pid Ta Leaden Amulets exude Power, and feel powerful when they sit in the palm of the hand. The Southern Khao Or Academy of Sorcery is considered by many if not most Believers to be the most powerful Magical Lineages in Thailand to Date. The amulets and their composition have been made and empowered according to Por Tan Nam's Famous Formula, which has been passed on to Luang Por Utai as the current Living Holder of the Wicha.

The Khao Or Sorcers have gathered at wat Don Sala to Empower this 2555 BE Second Series of amulets made in Honor and in reverence of Por Tan Nam, the old Abbot of Wat Don Sala, and Khao Or Master of Historical and Legendary Status, whose Role in the History of the Khao Or School of Sorcery is that of a Leading Protagonist.

These Amulets adhere to the Noble Principle of Preservation of Traditional Ancient Southern Buddhist Amulets, and Maintenance of the continual passing down of the Ancient Wicha, and the Magical Grimoires which accompany these Wicha, which are passed on from the 'Kroo Ba Ajarn' to his 'Looksit' (Master to Devotee). All amulets in this edition were given a Double Blessing Ceremony on two separate Occasions. 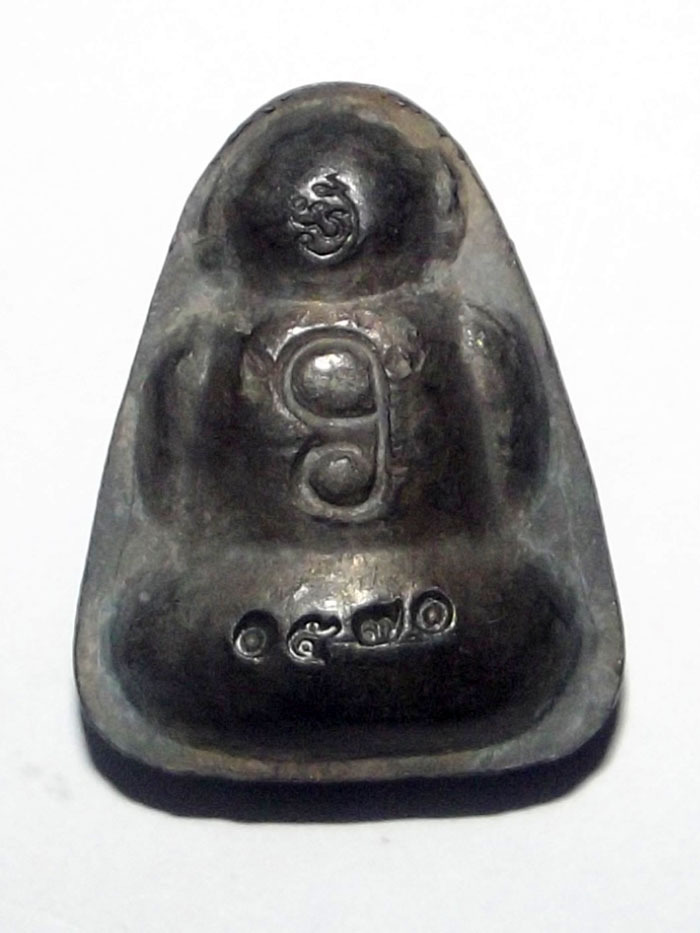 Empowered by the best Living Khao Or Masters, the amulets are most Certain to exude power and protect the wearer, especially considering the Leaden 'Chanuan Muan Sarn Saksit' (Sacred Metal Alloy made from smelting Ancient Artifacts, Yantra Foils and old Amulets), which are made from a very absorbent Alchemical metal which absorbs and emits Magical and Psychic Powers easily. the Powers do not leak out, for they are sealed within by the yantra spells which are Inscribed upon the outer surface of the amulet. 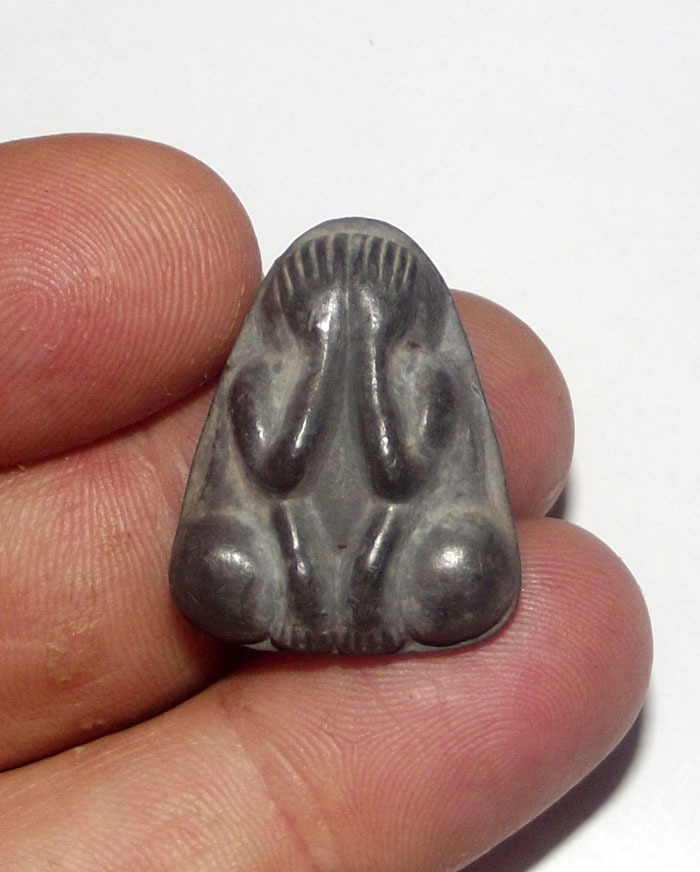 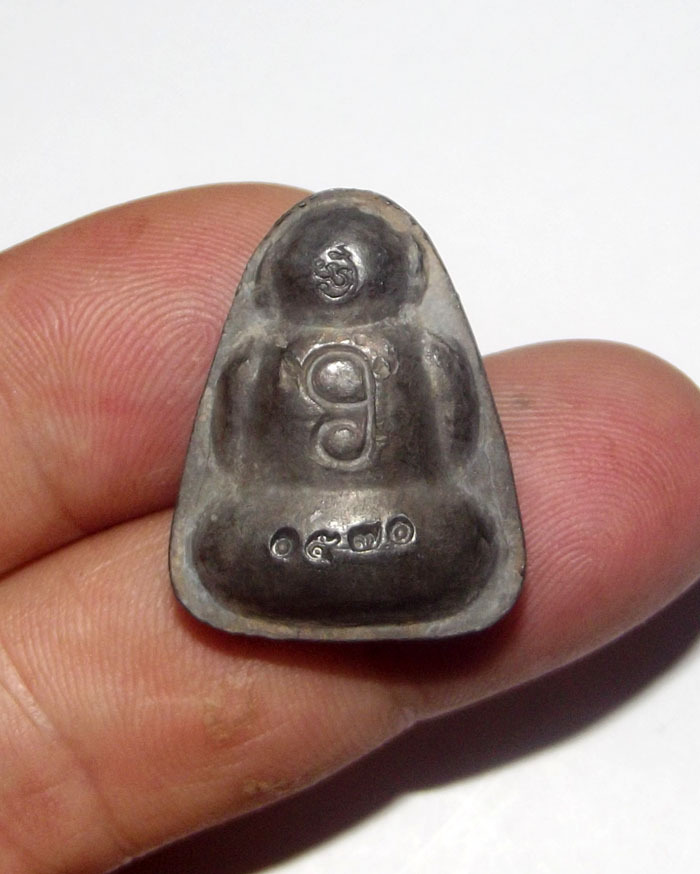 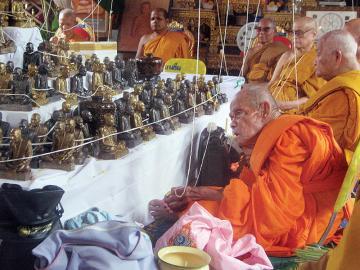 The Putta Pisek Blessing Ceremony was held on the tenth of April in 2555 BE (2012). The Ceremony was held at Wat Khao Or, with Pra Ajarn Utai (Abbot of Wat Don Sala) lighting the Victory Candle, and Luang Por Iad of Wat Koke Yaem performing the extinguishing of the Candle. The second Ceremony was performed in the Sacred Cave at Wat Tham Khao Or on the 10th April 2555 BE, once more with a large array of Great Khao Or Masters to perform the Empowerments. The Brahman Priest who performed the Initiation Ceremony and the Calling of the Devas; the Ceremony was performed by the Great Ajarn Prajuab of the Khao or Lay Sorcerors.

5000 Amulets made in Pim Yai (large Pim). Comes with Original Box from the Temple 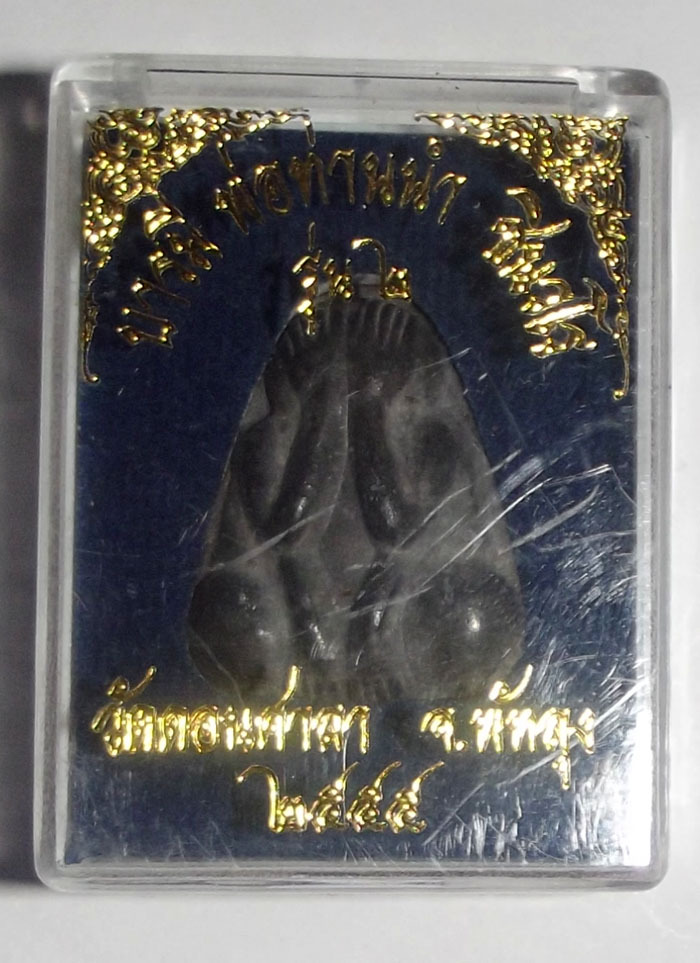 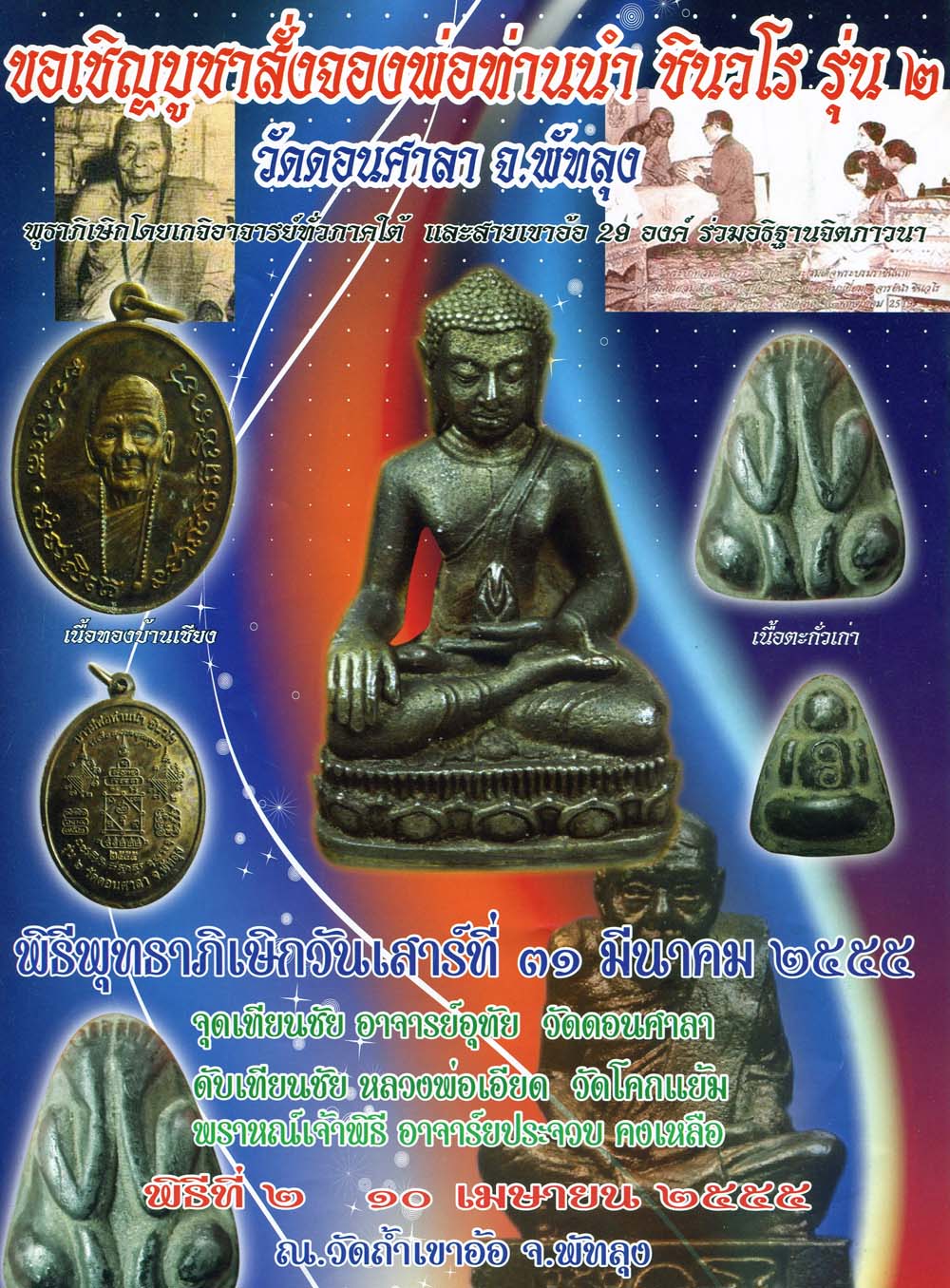 Below; Historical Photo as His Majesty the King Bumiphol Adulyadej visited Pra Ajarn Nam after hearing he was Ill. The fact that His Majesty did this, is very Indicative of the Importance and respect which this Great Guru Monk has, and of the fact that Only Monks worthy of Reverence are visited and given Honor by Thailand's Greatest Person. 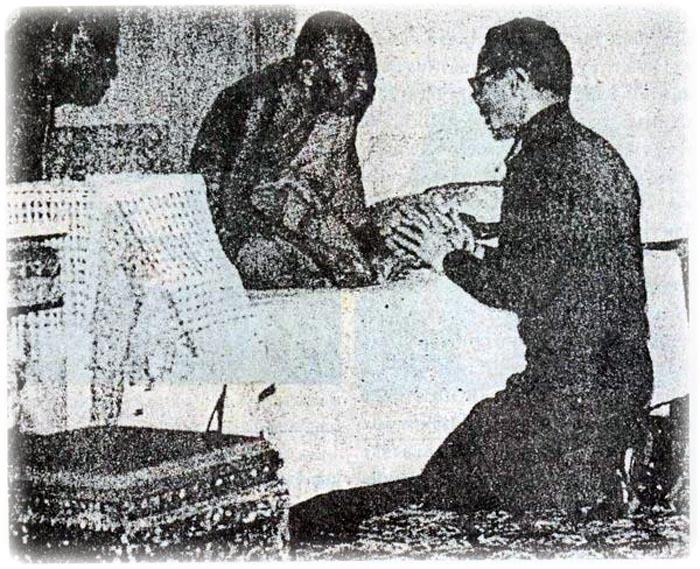 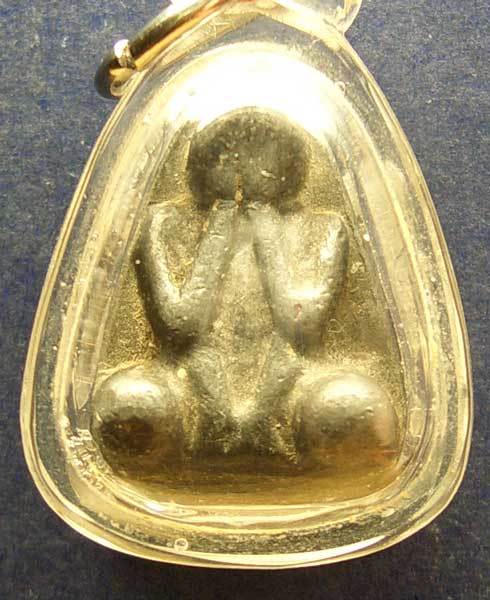 Above; Original Pid Ta from the Hand of Por Tan Nam himself, for viewing comparison with this Edition. The Wicha is clearly being properly reproduced and continued (as well as developed further!) by its Current Patrons.