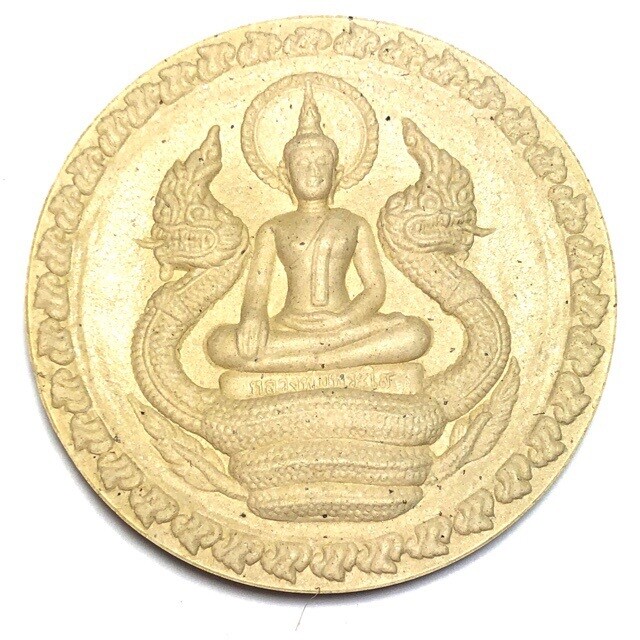 This Jumbo size Luang Por Pra Sai Buddha Image flanked by twin Naga serpents rising from the Buddha's throne, was picked up at Wat Po Chai in Nong Kai during the 2553 BE Songkran Ceremony, to bathe the sacred Buddha Image of Luang Por Pra Sai, at Wat Po Chai in Nong Kai, Isan, North East Thailand. Although the amulet recieved further blessings, it was actually made the year before in the 2552 'Baramee Por' edition Puttapisek Empowerment Ceremony. Made from Nuea Pong Gaesorn and Pong Puttakun. 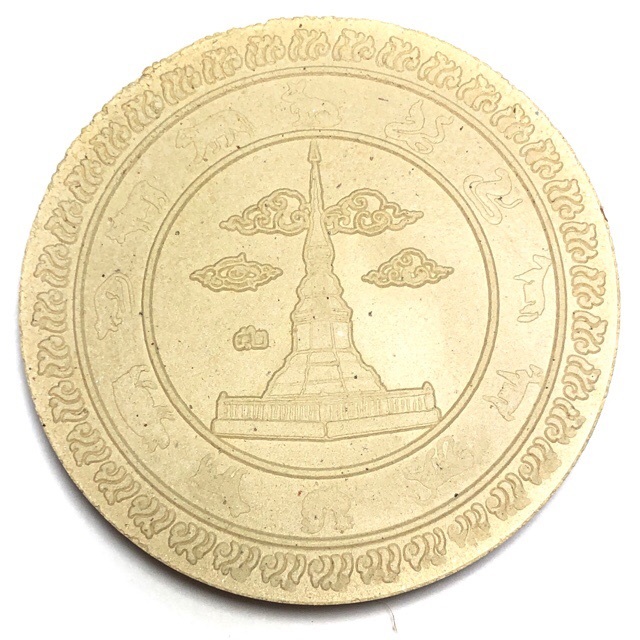 The image of Luang Por Pra Sai has a story with various Miracles, and is considered the most sacred Buddha image in Nong Kai province. It is supposed to make those who make Bucha to it very rich, and bring happiness. This amulet is a round Pim and is seemingly Large in Size; 5.5 Centimeters in diameter. It features Luang Por Pra Sai with Naga snakes as an adornment, with the Chedi Stupa on the rear face and the traditional Yant of blessing in Lanna Agkhara lettering, from Wat Po Chai. This model is the Jumbo size Pra Somdej Luang Por Pra Sai with Nagas - Run 'Baramee Por' Made from Nuea Pong Gaesorn and Pong Puttakun Jumbo sized - Sacred Buddha image of Wat Po Chai (Nong Khai) 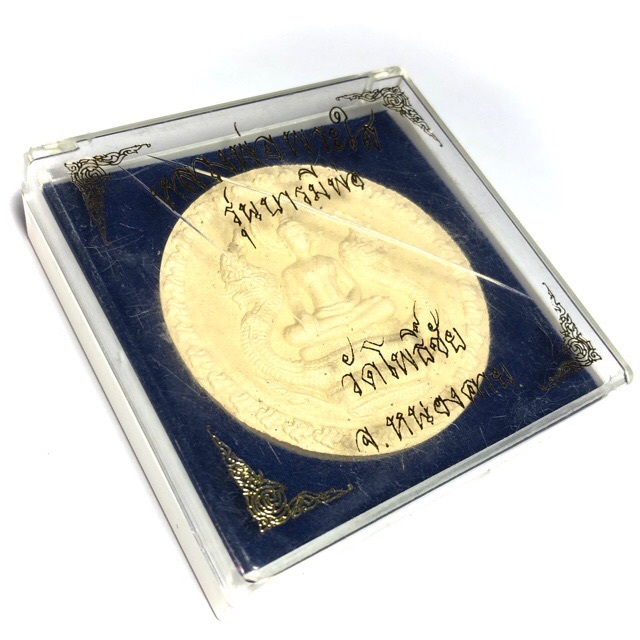 the 2552 BE 'Baramee Por' edition at Wat Po Chai. This Buddha Image was picked up at Wat Po Chai in Nong Kai during the Songkran Ceremony to bathe the sacred Buddha Image of Luang Por Pra Sai, at Wat Po Chai in Nong Kai, Isan, North East Thailand. Although the amulet recieved further blessings, it was actually made the year before in the 'Baramee Por' edition Puttapisek Empowerment Ceremony. Luang Por Pra Sai was the subject of miracle occurrences, and is one of three Mysterious statues which were found and transported along the river.Each statue fell off the boat at a different location, but the image of Luang Por Pra Sai was attempted to be moved to Bangkok, and this was where a second miracle occured, and the carriage it was installed on would not move from the temple grounds. 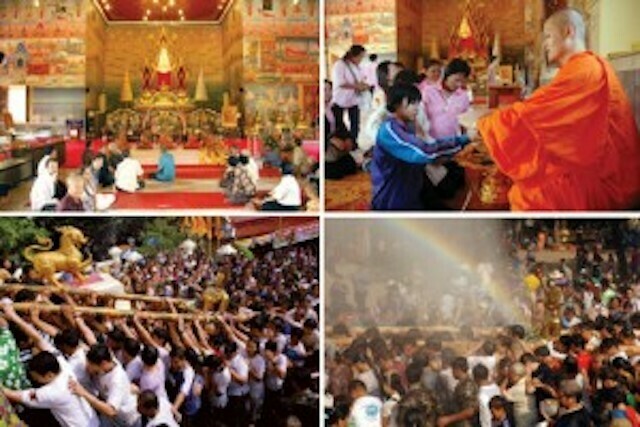 Many people have attributed their rags to riches stories with the statue, which has become a legendary Buddha image of the Isan country, and one of Thailands most sacred Buddha Images of National Importance. The image of Luang Por Pra Sai has a story with various Miracles, and is considered the most sacred Buddha image in Nong Kai province. It is supposed to make those who make Bucha to it very rich, and bring happiness. This amulet is Pim Yai Jumbo Nuea Pong. 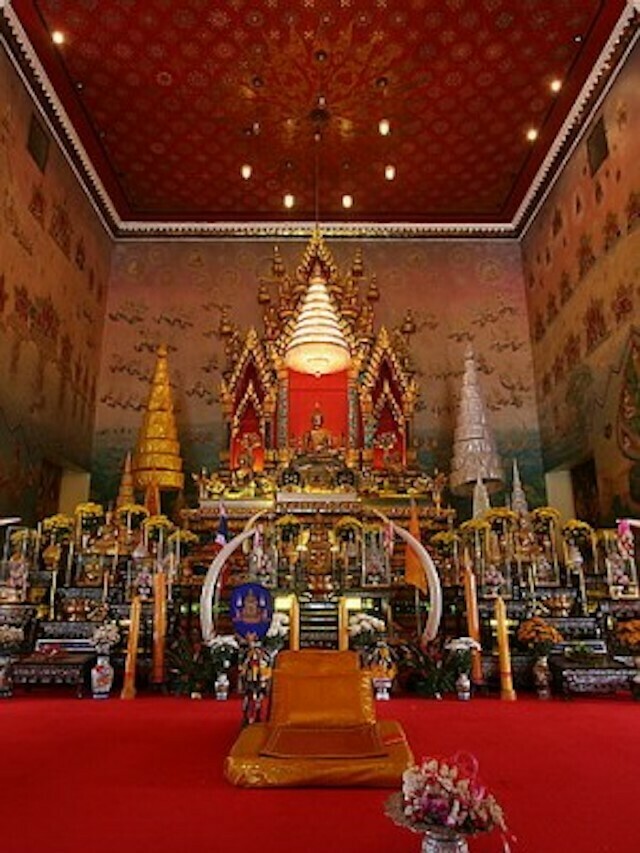 Luang Por Pra Sai is a golden seated Buddha image. It has very fine characteristics. The lap width is 28 inches while the height form the base to the top of the Buddha’s head is 41 inches. The statue is situated at Wat Po Chai in Nong Khai municipal area. This Golden Buddha image is highly revered by Nong Khai people. In his book, Legends of Siamese Pagodas,HRH Prince Damrong Rajanubhab wrot that the most beautiful Lan Chang Buddha image were Pra Suk, Pra Serm,and Pra Sai. The three daughters of the King of Lan Chang Empire had these Buddha images cast. 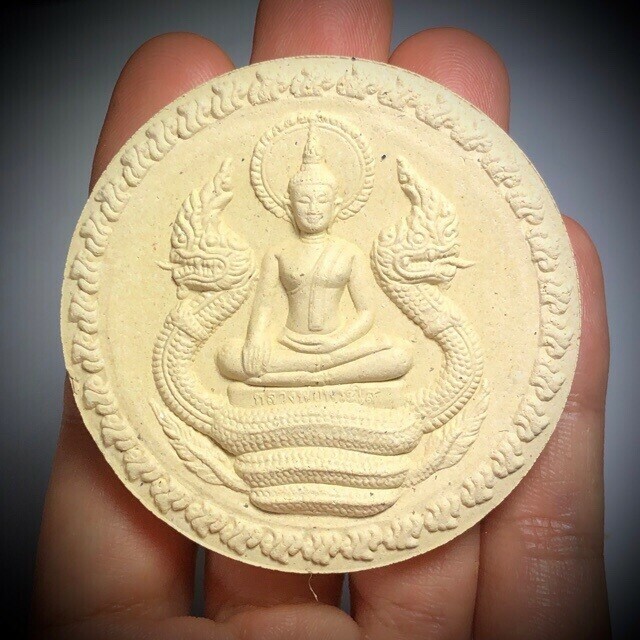 The furnace had been attended by a number of Buddhist monks and novices for seven consecutive days. In the late morning of the eight day when there were only one monk and one young novice, a white-robed ascetic appeared and asked the monk and the novice to have their meal and he would help with the furnace. 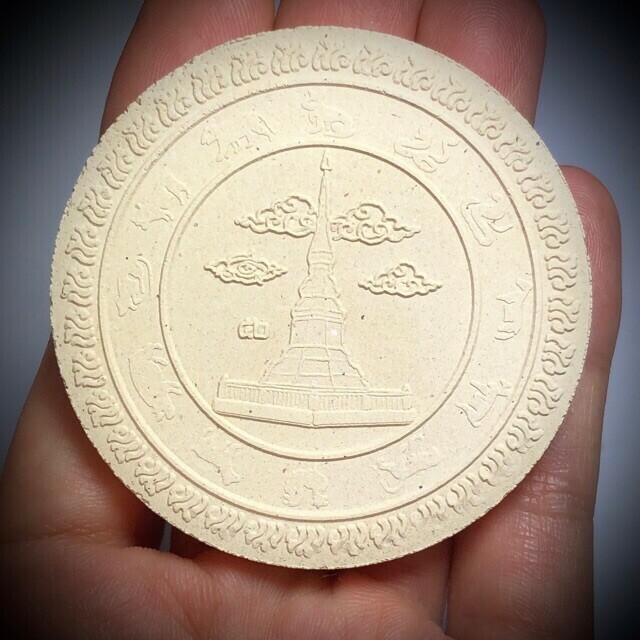 However, what everyone saw were many white-robed ascetics attending the furnace, but after the gold was filled in the three sockets, the ascetics were no longer seen. Originally, the three Buddha images were enshrined at the capital city of Lan Chang Empire in Laos. In 1778, during the Thonburi Era, they where housed in Wiang Kham before being moved to Vientiane, Laos. During the reign of King Rama III, the three Buddha images were moved to Thai territory. On the way from Lan Chang to Thailand, a gigantic storm caused the sinking of Pra Suk, at the mouth of the Ngum River. 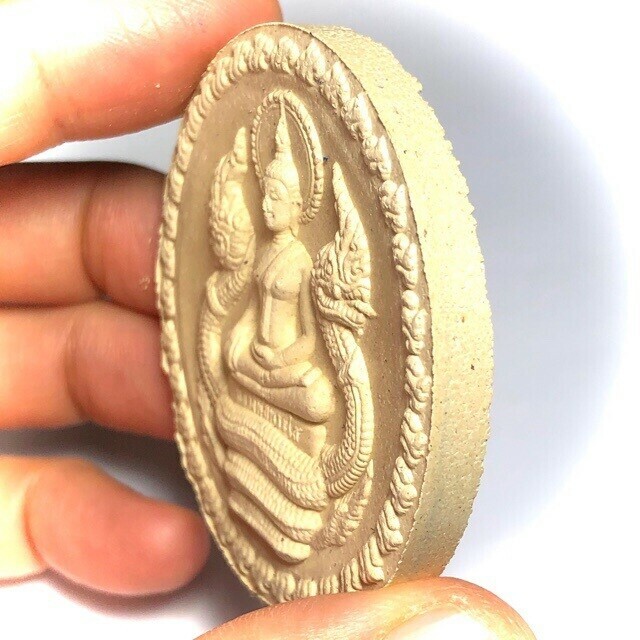 The spot where the Pra Suk was sunk was called ”Wern Suk” After the sinking of Pra Suk remains at that spot up to present day. Only Pra Serm and Pra Sai were successfully brought to Nong Khai and enshrined in Wat Po Chai and Wat Ho Kong (modern Wat Prasit Thammakhun) respectively. Later, In the reign of Kung Rama IV, Pra Serm was moved to Bangkok where it in Nong Khai because the cart used to carry it broke, when it reached Wat Po Chai. This event made the Buddha image Known as “Luang Po Gwian Hak” Since then, Pra Sai has been enshrined at Wat Po Chai. 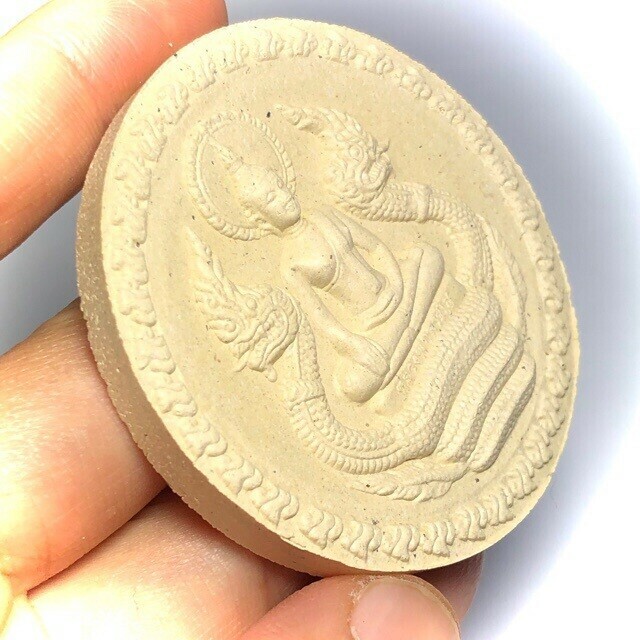 Luang Por Pra Sai has been greatly revered because of its holiness and many mitacles has shown. People believe that Pra Sai can protect the, from dangers and evils. A lot of people have traveled a very long way to show their respect to the Buddha image. As a result, wat Po Chai has become one of the favorite tourist attractions in Nong Khai and draws a lot of people from Thailand and other countries to visit the province. Luang Por Pra Sai is a Holy Buddha image. When King Suriyawong was about to Rule Vientiane, he made a wish in front of Luang Por Pra Sai. He asked the Pra Sai to show some miracles if his ruling would go well. On the day he was enthroned, There were miraculous events, Including winds, Lightning, and thunder, Which did not harm any people or animals. 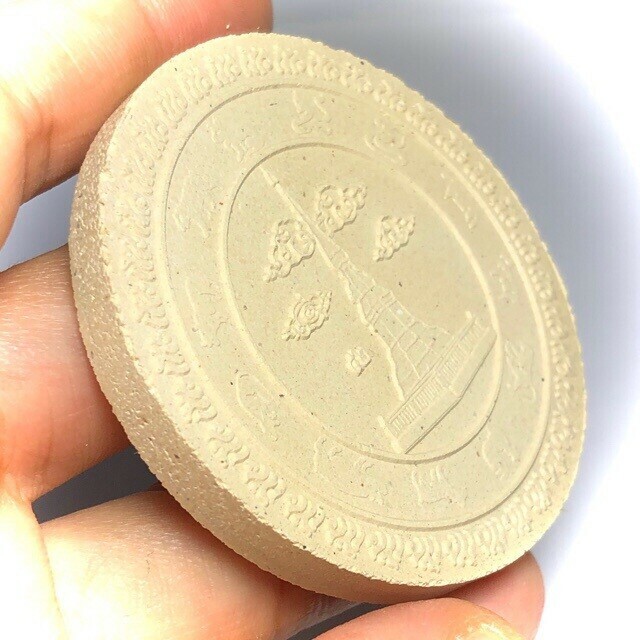 It turned out that people lived happily and peacefully through-out his reign. The second wonder or miracle occurred when Khun Wora Thani, a nobleman from Bangkok, was about to move Pra Sai and Pra Serm to Bangkok. When the cart loaded with Pra Sai from Wat Ho Kong arrived at Wat Po Chai where Pra Serm was enshrined, The Brahmin who was responsible for taking Pra Sai to Bangkok, was unable to make the cart move forward. Although different tools and many attempts using different approaches were used, the cart did not move. Finally, it broke, and had to be replaced with a new one, Later, Pra Sai was moved to the new cart, which did not move either. Eventually it was agreed, that Pra Sai had to be enshrined at Wat Po Chai. Since then, Luang Por Pra Sai has remained at the temple in Nong Khai Province. 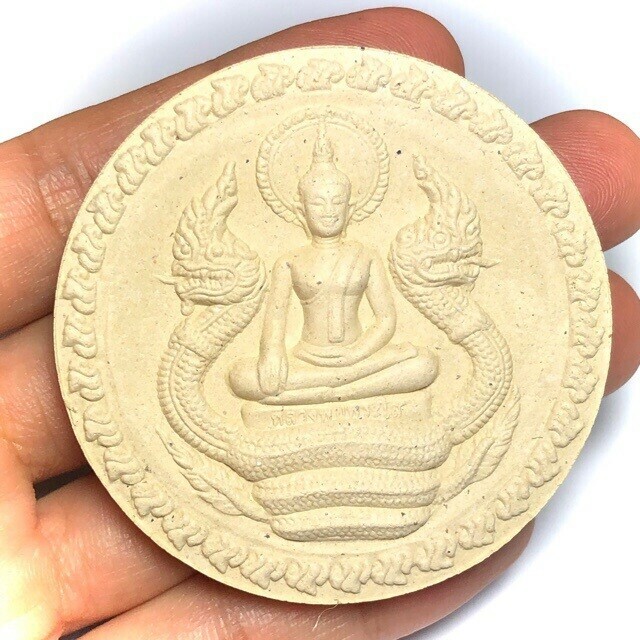 There are so many Miracles the Pra Sai has shown For instance, during the celebrations of Pra Sai at Wat Po Chai, there was a man who did not believe in the holiness of the Buddha image coming to the temple. To challenge the Buddha image, the man said to cause thunder. Shortly after that, thunder was heard. Luang Po Pra Sai or Luang Po Kwian Hak has been known as a Buddha image of miracles since its casting, which was commis-sioned by the three princesses of Lan Chang Empire. It was greatly revered by people of the two sides of the Khong River From the past up to people who need protection. This can be clearly seen from the plane accident in late April of 1980. There were two passengers surviving the accident and one of them was Mr.Sakda Akkarametatip, a former commander of Nongkhai prison. Before boarding the plane, he went to Wai Pra Chai to pay homage to Pra Sai and brought back the small 5” Buddha image. 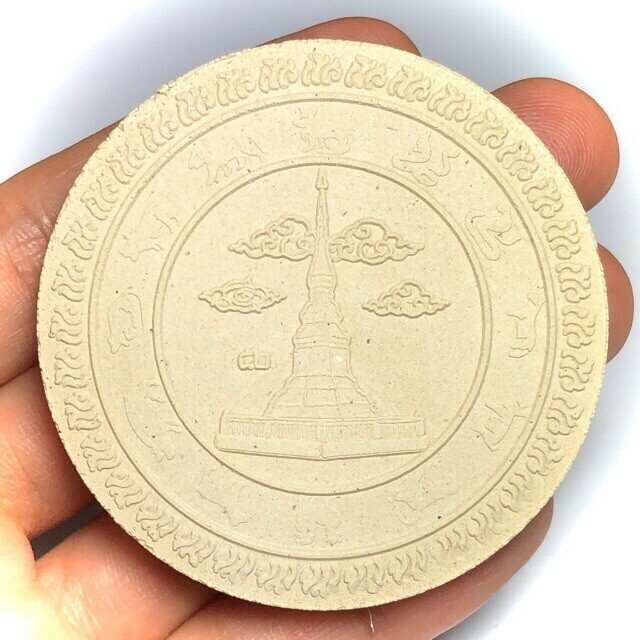