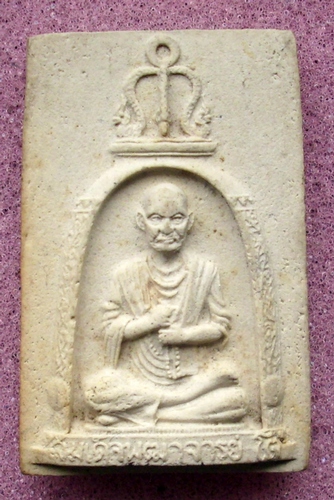 Classic and rare Sacred amulet in the image of Somdej Pra Puttajarn (Dto) Prohmrangsri from Wat Udom Tamma Rangsi. Released in 2516 BE. This Rare amulet was blessed by Luang Phu To of Wat Pradoo Chimplee, and is considered an extremely sacred protective and auspicicious amulet for both the fact that Luang Phu To's blesing, and the image of Somdej Pra Puttajarn Dto Prohmrangsri (Wat Rakang Kositaram), as well as because of the amulet containing real pieces of original Pra Somdej Wat Rakang amulets in the Muan Sarn sacred powders used to make the amulet.

A close up of the front face reveals incredible detail and accuracy of likeness to Somdej Dto. The sacred powders contained within the amulet are easily recognizable as being the same as those contained in Wat Rakang Pra Somdej amulets. 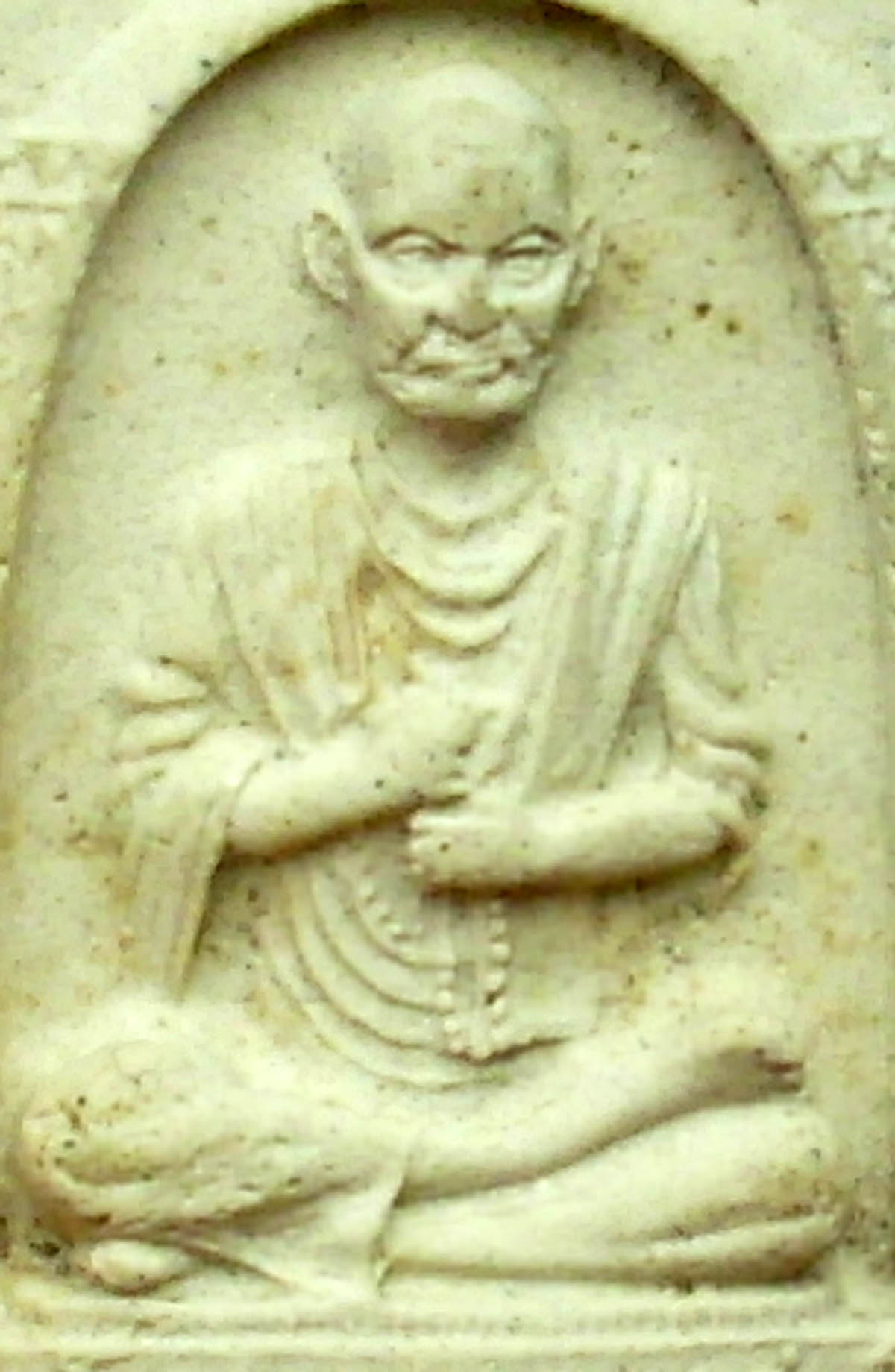 The Rear face features a sacred Yantra for protection from all dangers and weaponry, as well as to induce prosperity. The yant says 'Na Ma Na A Nor Gor Na A Nor Or Gor A Na A Ga Ang (4 elements). 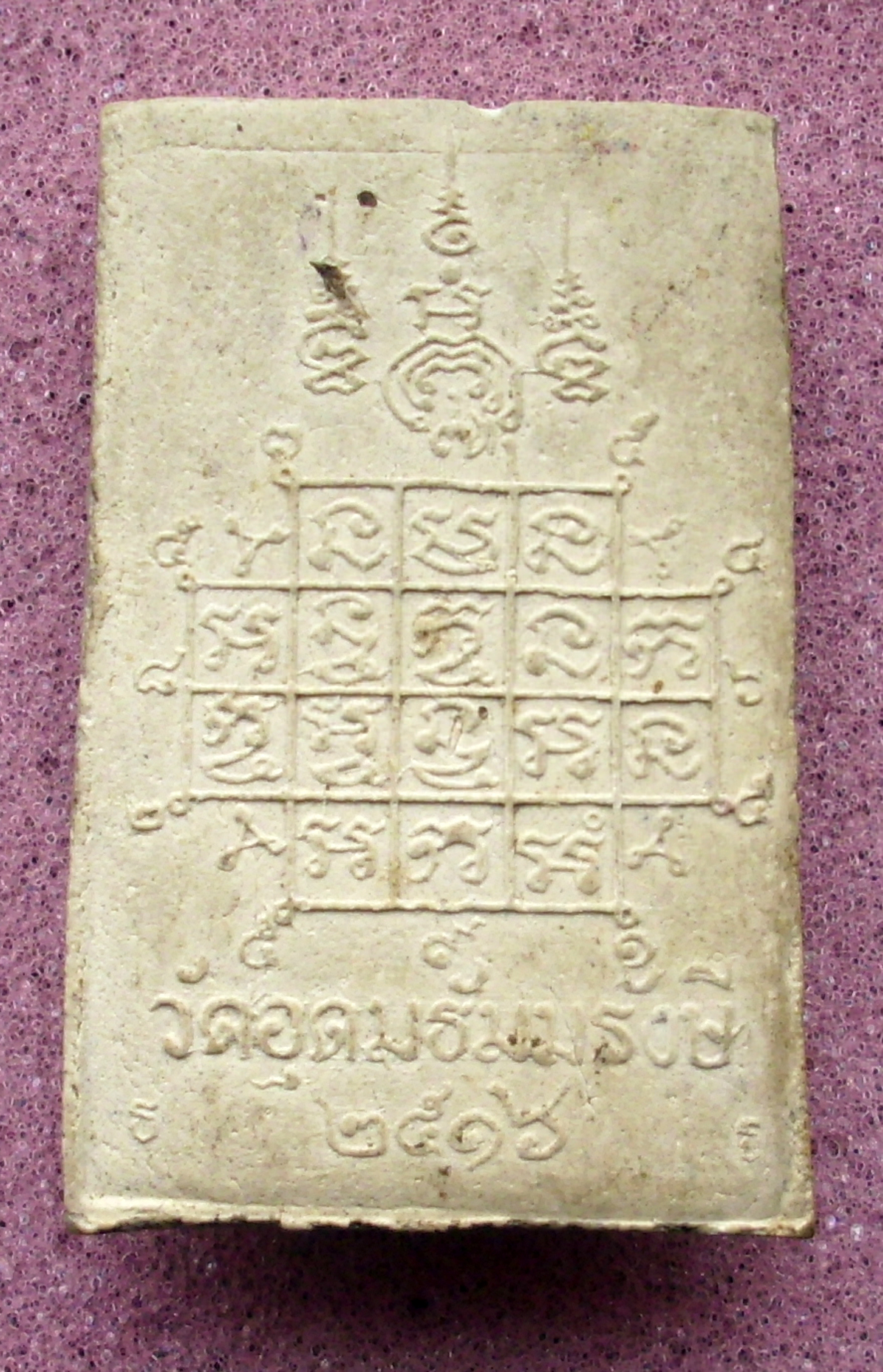 This is an extremely rare amulet which is revered and jealously guarded by those who follow both Somdej Dto Prohmrangsri of Wat Rakang, and Luang Phu To of Wat Pradoo Chimplee. The Muan Sarn content of the amulet is rich in broken pieces of original Somdej Dto amulets from Wat rakang, which can clearly be seen to be present within the sacred powders in this amulet.