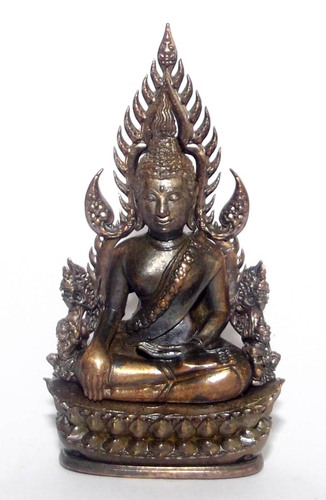 Made from Nuea Nava Loha (9 sacred Metals including gold and silver). The Nava Loha version was made with four different types of base coverings; Nava, Pink Gold, Gold Plate, Or Silver Plate. This model has Nava Loha base plate.

The amulets were made in a large number of different combinations of Sacred and Precious Metal substances, Alchemically smelted to form sacred Metal Amulets in two Major design Forms; Loi Ongk Statuettes such as this one, and some beautiful Coin Amulets with the Chinarat Buddha on the fronmt face, made using the 'Ba Chalu Saam Midti' technique which is becoming the new Standard bearer for Buddha and Monk coin amulets. the Ba Chalu method also uses a Multi-Piece binding of segmented separate parts to make into the coin, preventing any Forgers from attempting to copy the amulets (due to the high expense of the fabrication methods of a 3 or 4 piece amulet), as well as lifting the level of detail and depth, and artistic decoration possible with Thai Minature Buddhist Arts (amulets). 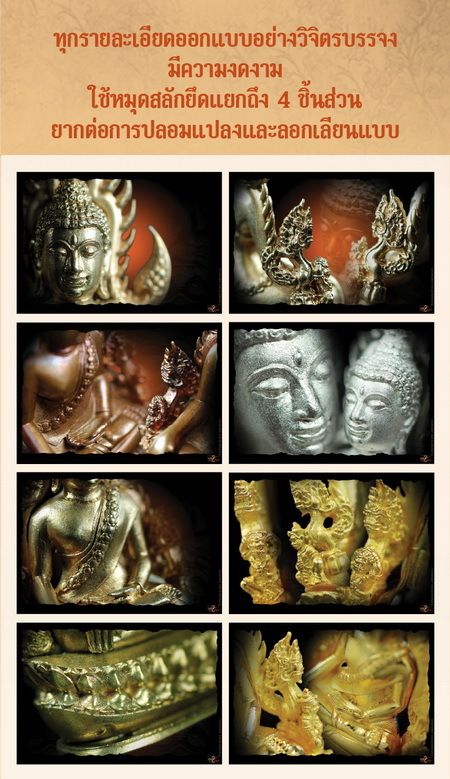 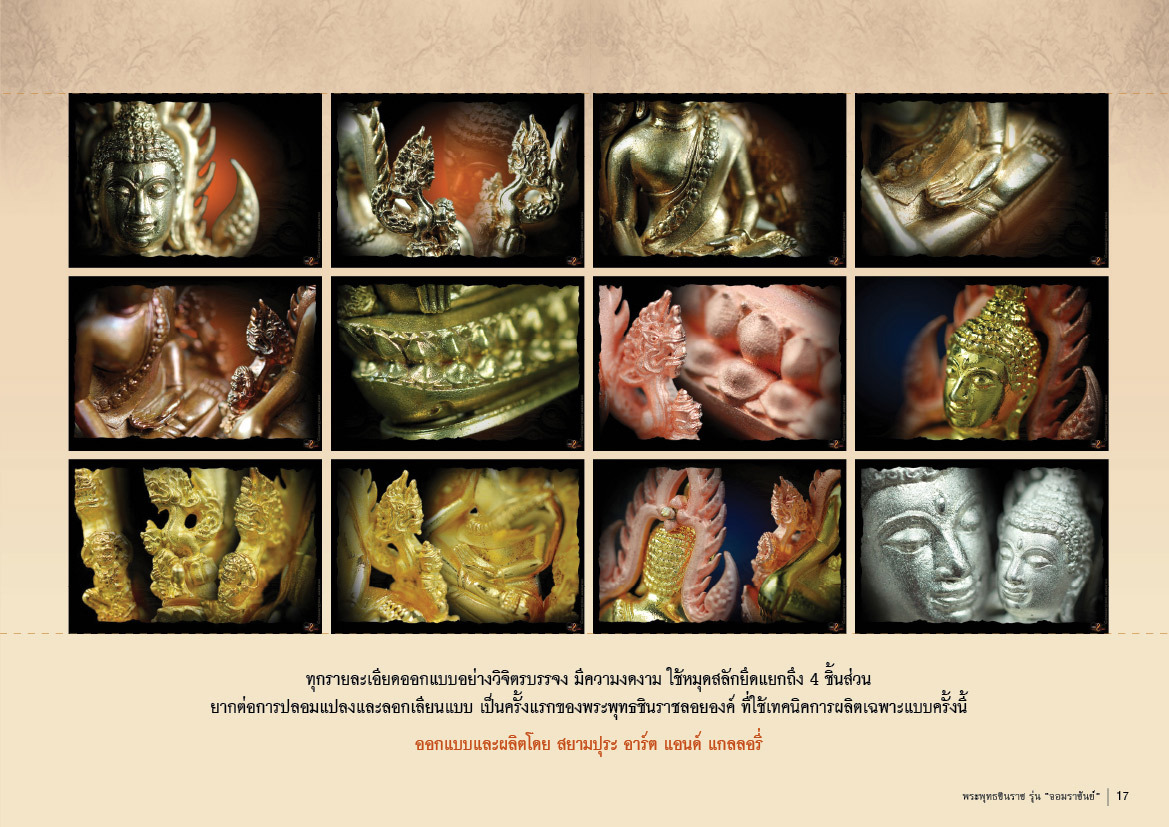 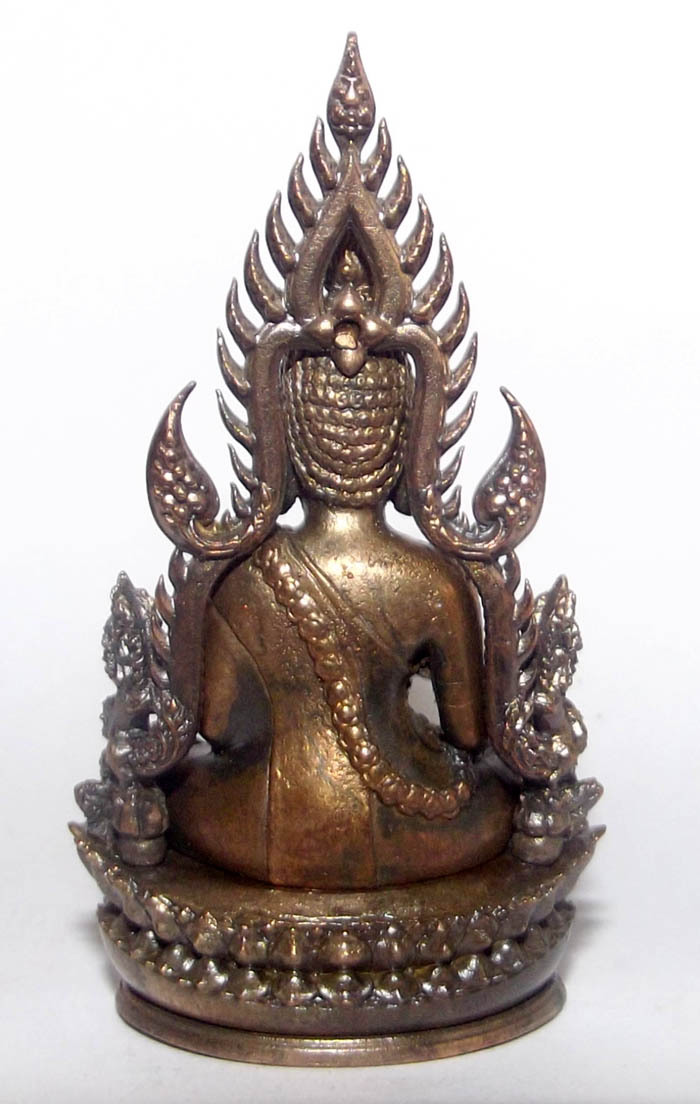 We tried to obtain as many as possib le during the pre-order time but were also only able to obtain a certain number of them, which we are proud to be able to offer to those customers who like to collect his kind of Heirloom amulet 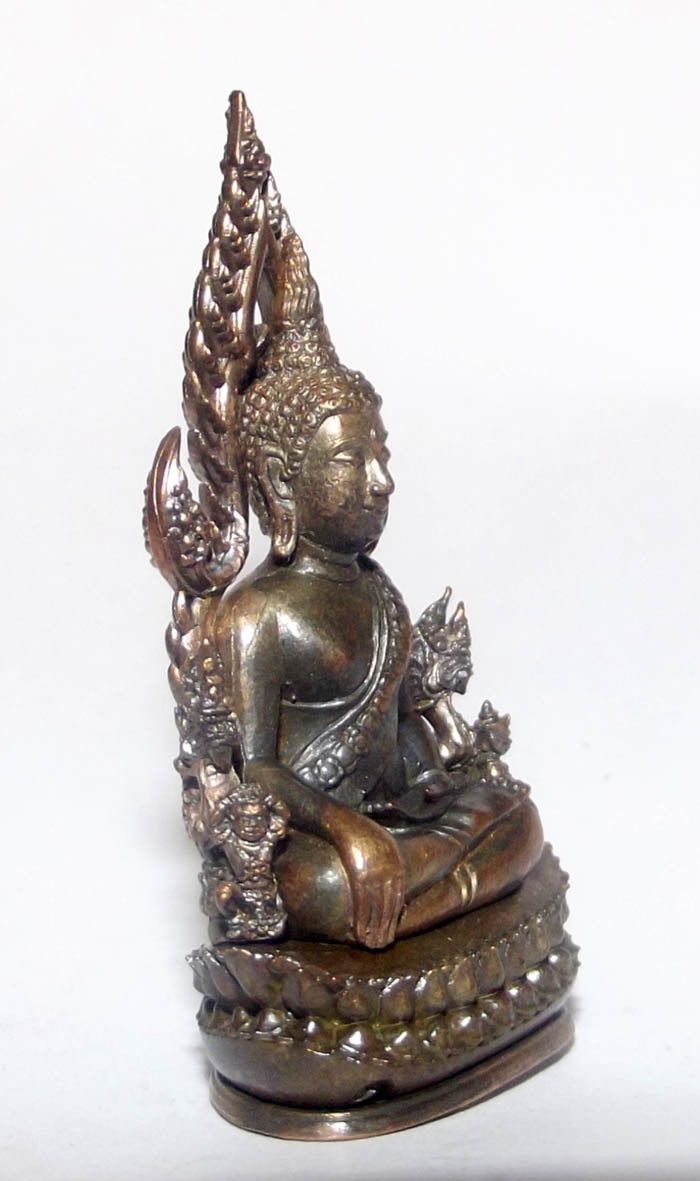 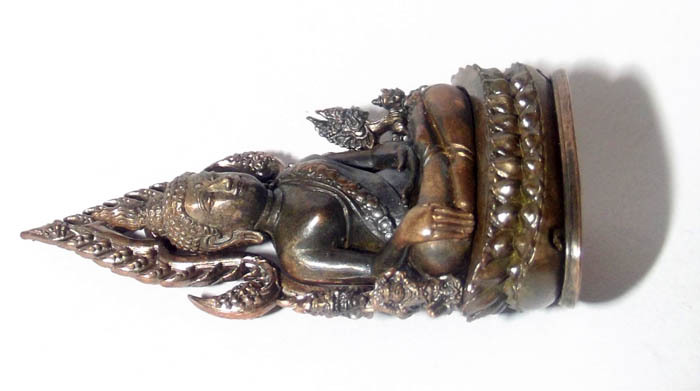 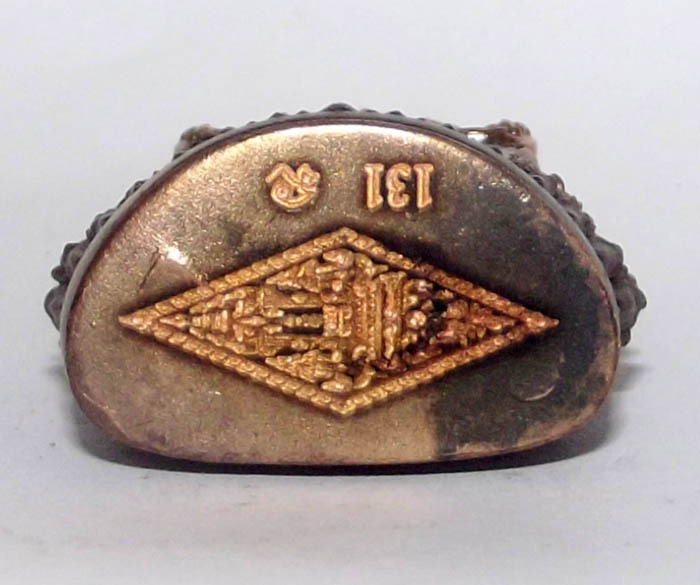 The code number and Putta Chaayandti Sacred Stamp are visible on the base of the statuette, as well as the Code Na. 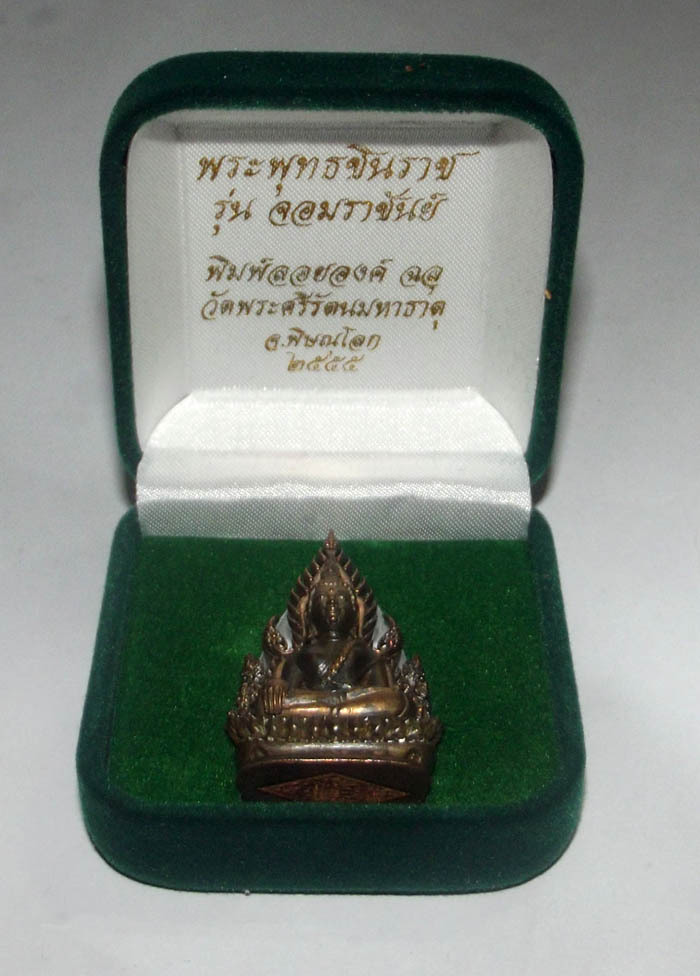 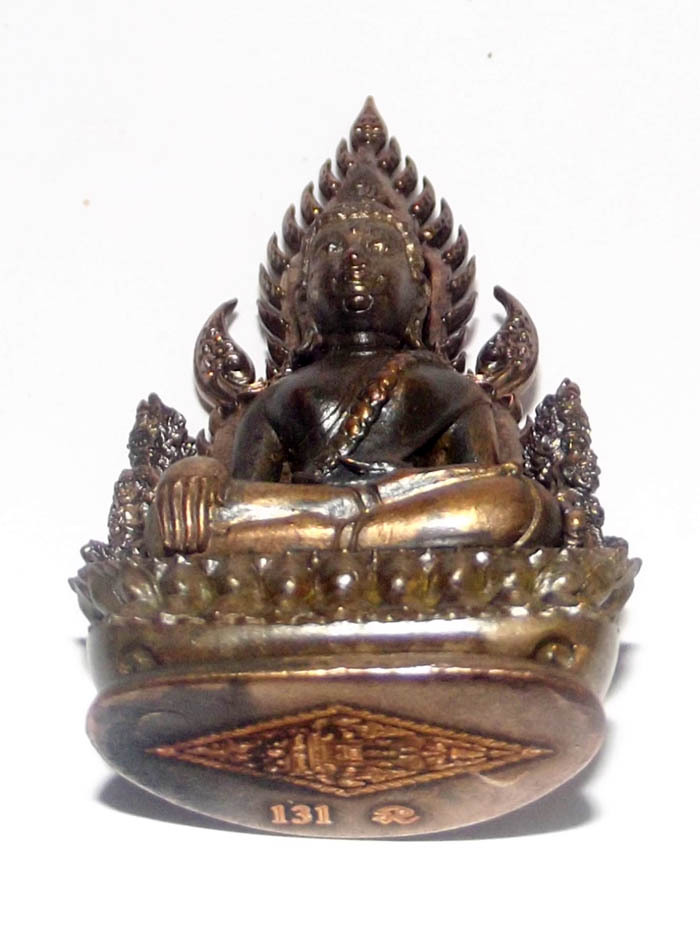