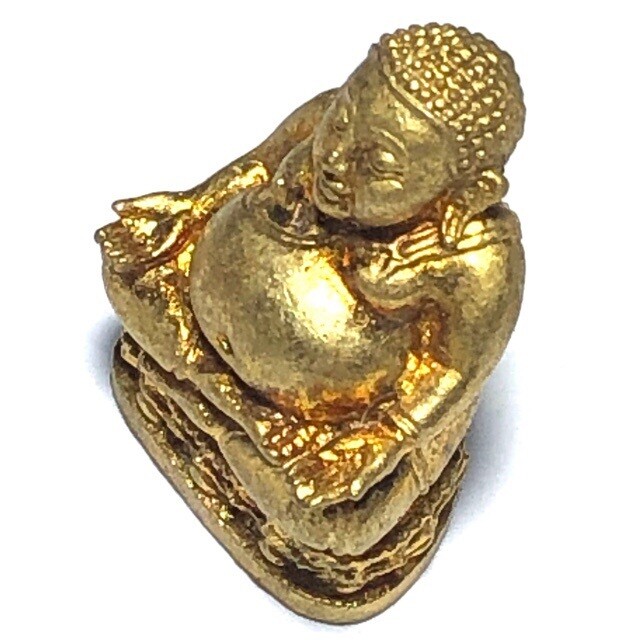 Pra Sangkajjayana Buddha (Pra Sangkajjai in Thai language), made from Nuea Tong Rakang (Alchemical brazen metal using almsbowl brass), with sacred Powders in the base and interior of the Loi Ongk statuette amulet. Blessed and Empowered by the Great Luang Por Sakorn of Wat Nong Grub, in Rayong. Released in the 2554 BE Traimas 'Perm Sap' edition. Since Luang Por Sakorn passed away, his amulets have skyrocketed to the top of the high end niche of the pre and post modern era amulet scene, and are mong the most difficult to find amulets in the present time.

The image of the Sangkajjai Buddha amulet, is crafted in the same form as the giant statue at Wat Nong Grub. Made from Nuea Tong Rakang, this was one of a number of sacred metal alloy based statuettes made in different sacred metals, ranging from Tong Daeng, Tong Rakang, Nava Loha, Solid Silver, and Solid Gold. The Silver version had a gold base cap.

We recommend the amulets of Luang Por Sakorn for their intrinsic value rarity and certain power, being one of the top ten Gaeji Ajarn Guru master Monks of this last half Century to have brought us the cotinued lineage sorcery of his mentor the great Luang Phu Tim, and continue and advance the Dtamra Khun Phaen Pong Prai Kumarn of Luang Phu Tim, to the point where now since more than a decade, the amulets of Luang Por Sakorn have taken on their own individual niche of high esteem.

Luang Por's amulets are favored and faithfully revered with hundreds of thousands of devotees around the world who believ in this Great Monk and his amulets. 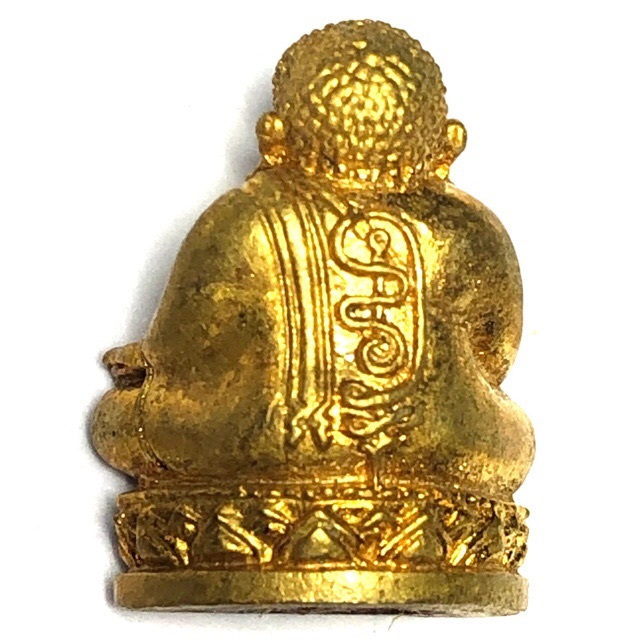 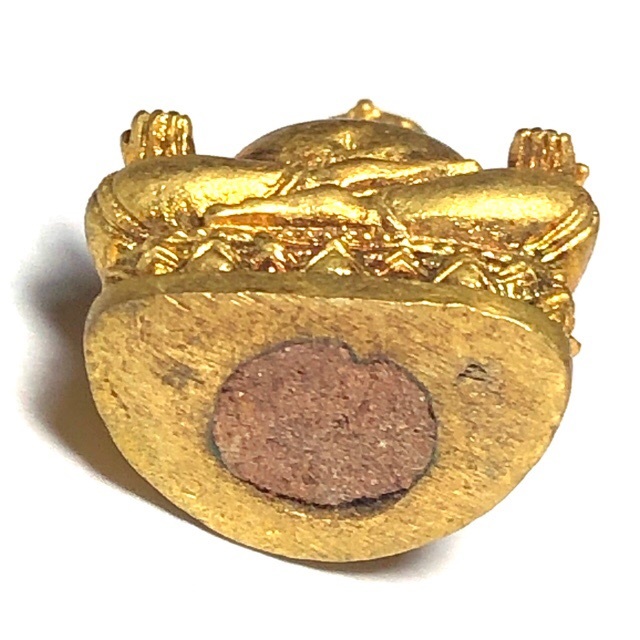 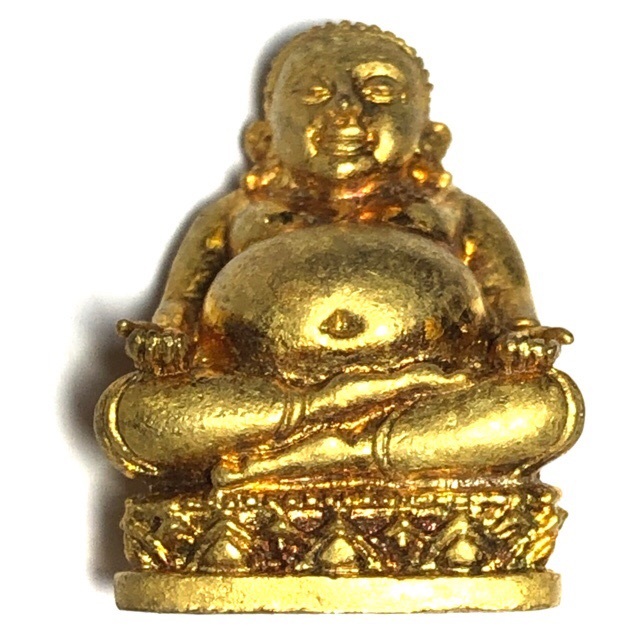 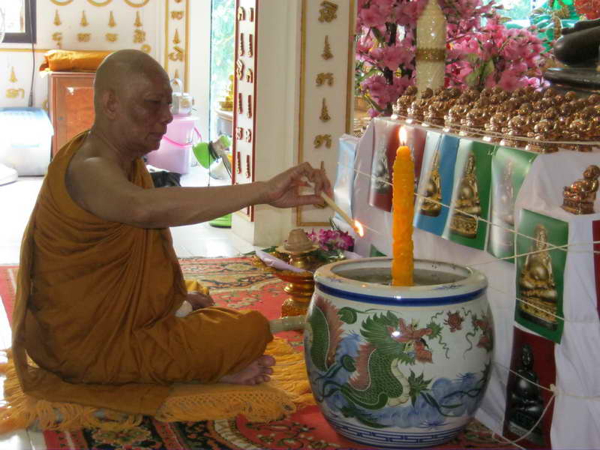 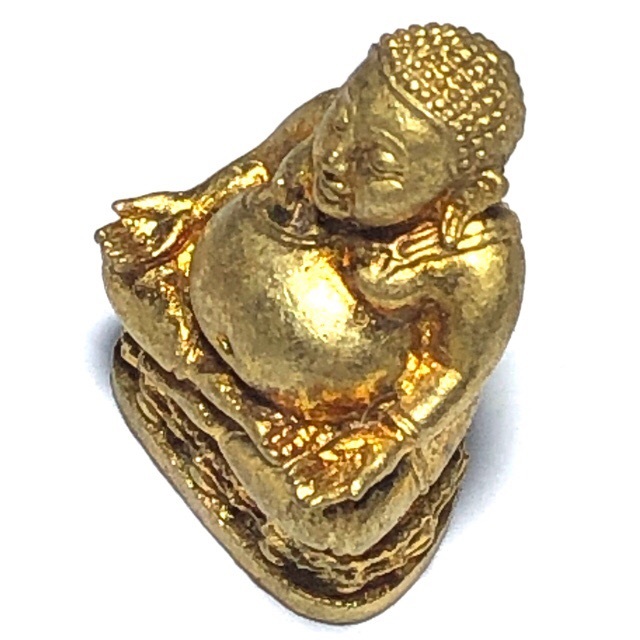 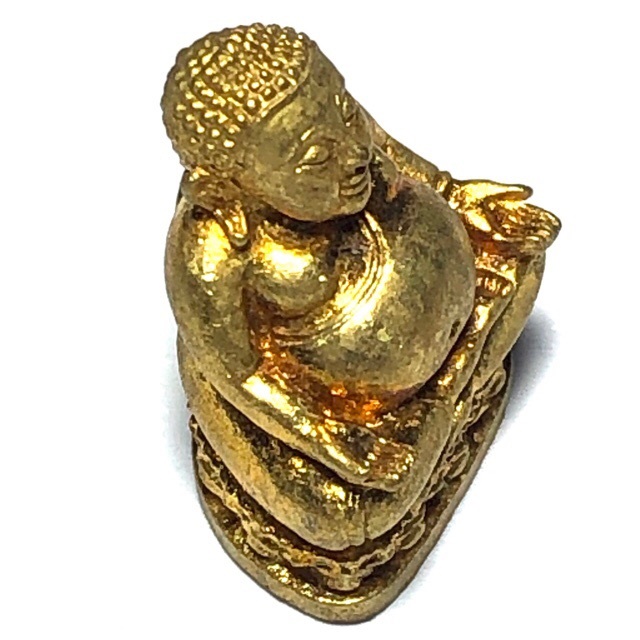 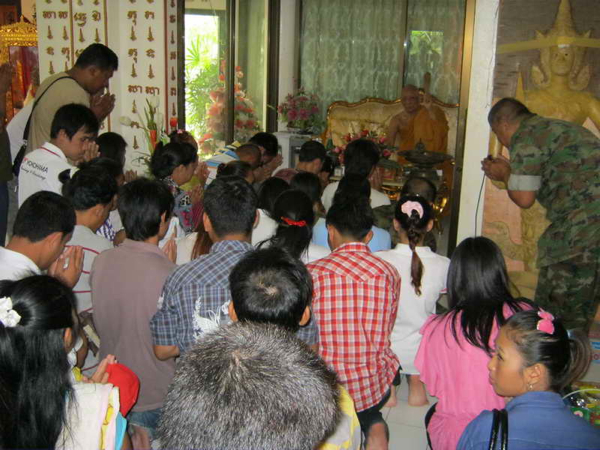 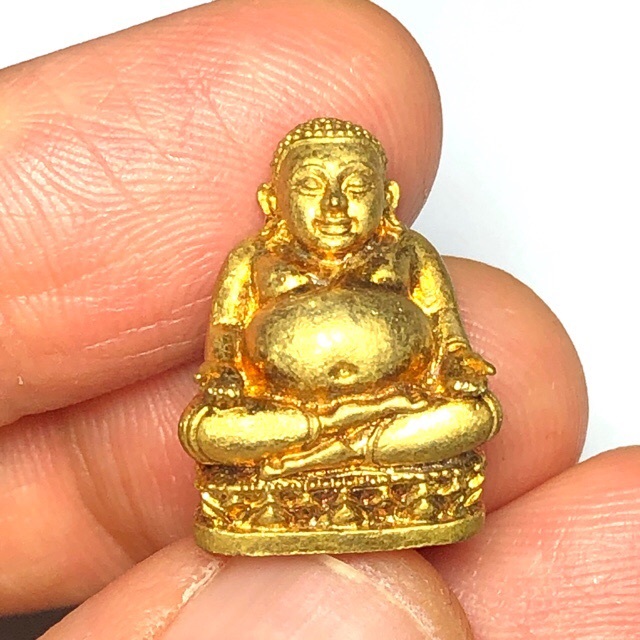 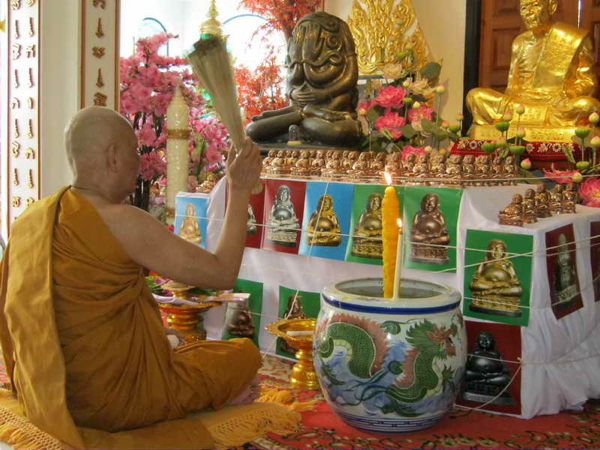 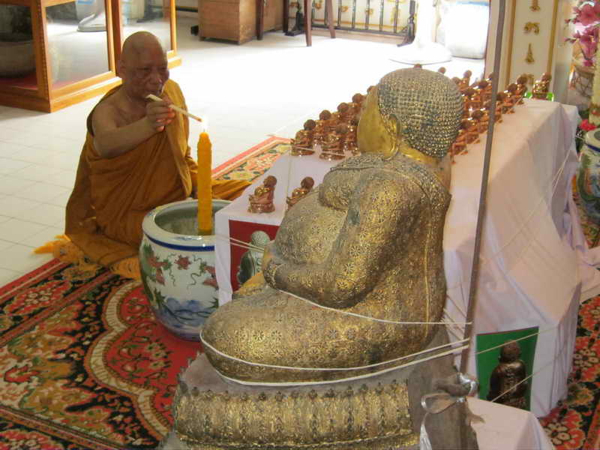 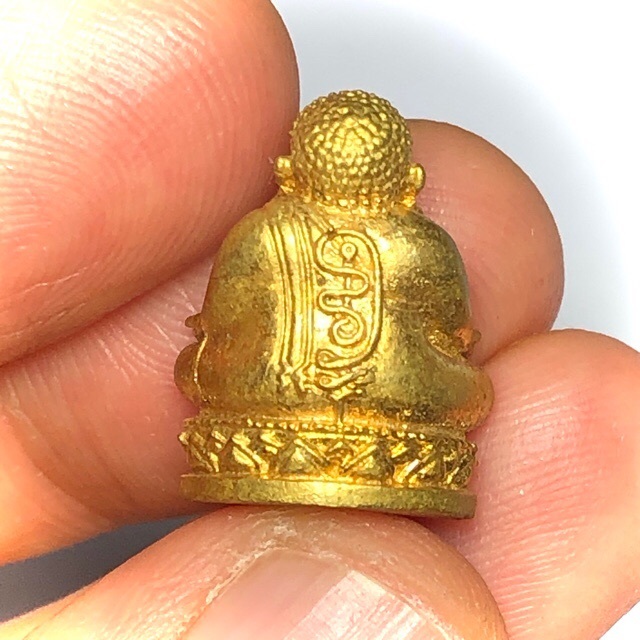 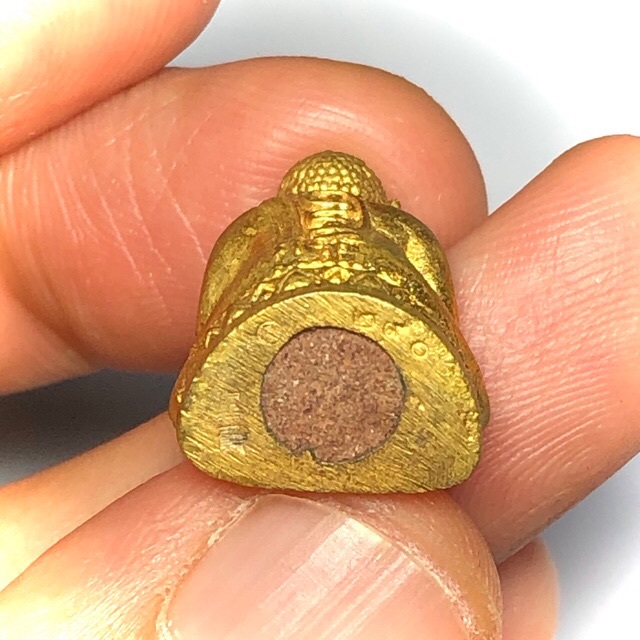 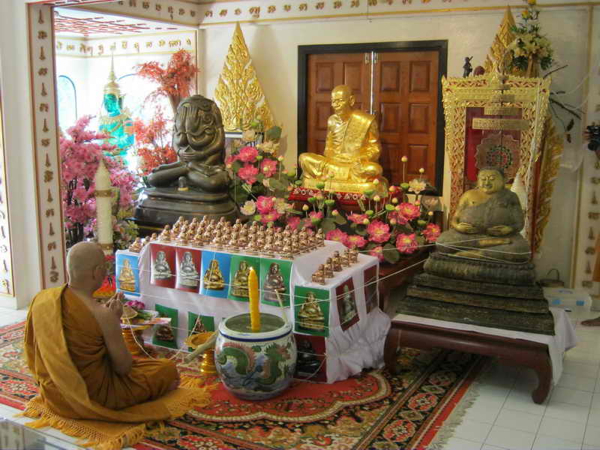 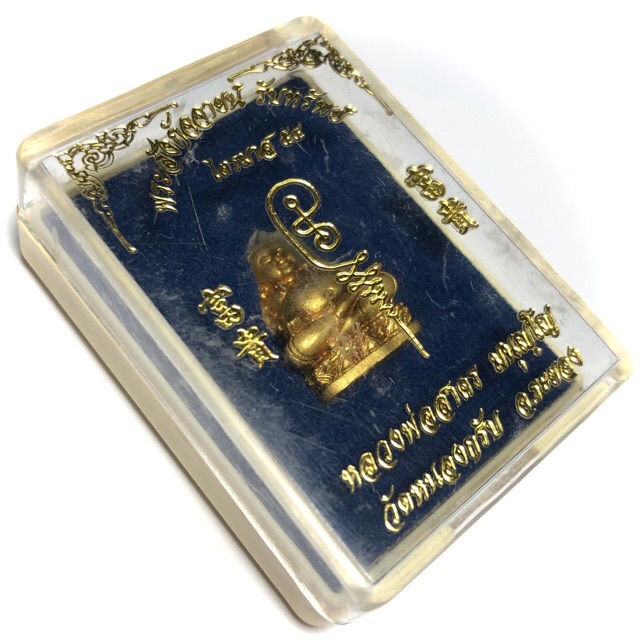 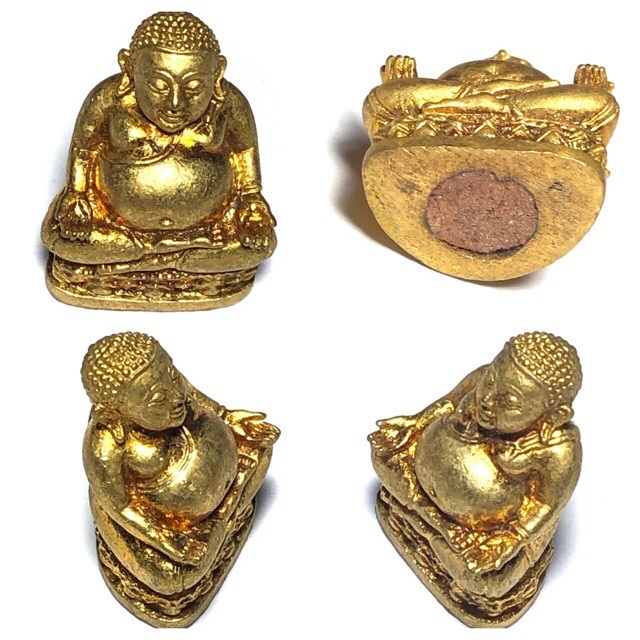