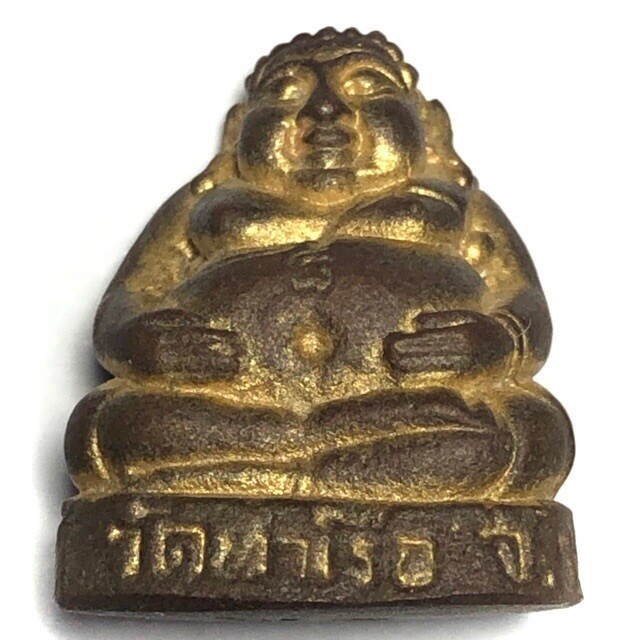 First edition Pra Sangkajjai amulet , in nuea Tong Lueang Pasom Tong Kam brass with gold powders admixture. A very rare first and last edition amulet blessed in the final year of life, from Luang Por Ruay, Master Gaeji Ajarn of the previous Generation, who was legendary for his attraction charms and protective amulets, at Waat Ta Ruea, in the Rayong Province. Issued after a Traimas 3 Month Rainy Season empowerment in his first ever editionม made to celebrate his 86th birthday. Pra Sangkajjai Maha Lap is a powerful Luck and Wealth Bringer as well as bringing Happiness, and protection. 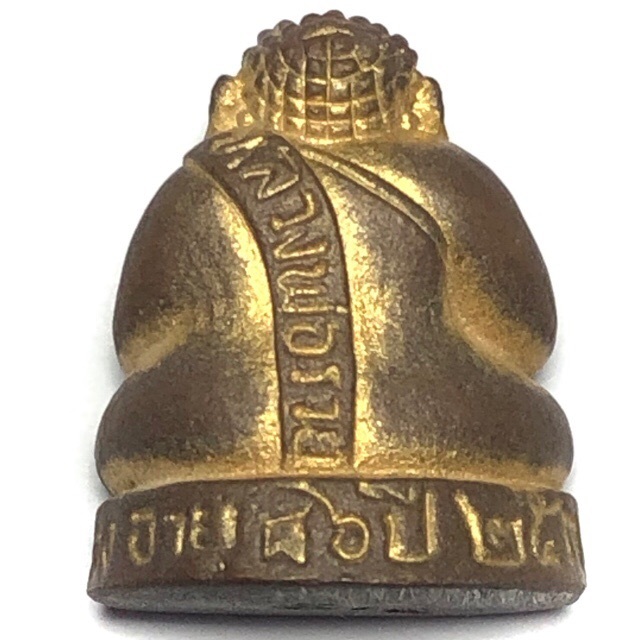 Luang Por Ruay was born in 2449 BE, and ordained early age uin the year 2471 BE, and was elected Abbot of Wat Ta Ruea Glaeng in Rayong, in the year 2471 BE, whereafter he remained ordained within the Sangha, until the day of his passing. Luang Por was highly famed for his Sivali, Somdej, Talismanic Charms, Pha Yant, many series of Rian Kanajarn Monk Coins, especially the Rian Sema and his Lockets, and his Takrut amulets. Luang Por Ruay passed away in the same year in 2535 BE, making this edition of Sangkajjai his first, last and only ever edition made of Pra Sangkajjai. The Rian Sema coin amuolets of this same edition are now among the most highly sought after of all Rayong Master Monks, and is seen to carry a high pricetag and is mostly only seen in magazines and high-end auction rooms. This Pra Sangkajjai 1st and Last Edition amulet, is an absolute Rarity, and a classic Buddhist amulet, fitting for all ages and both sexes. This is a wonderful amulet for anyone be it Man Woman or child. 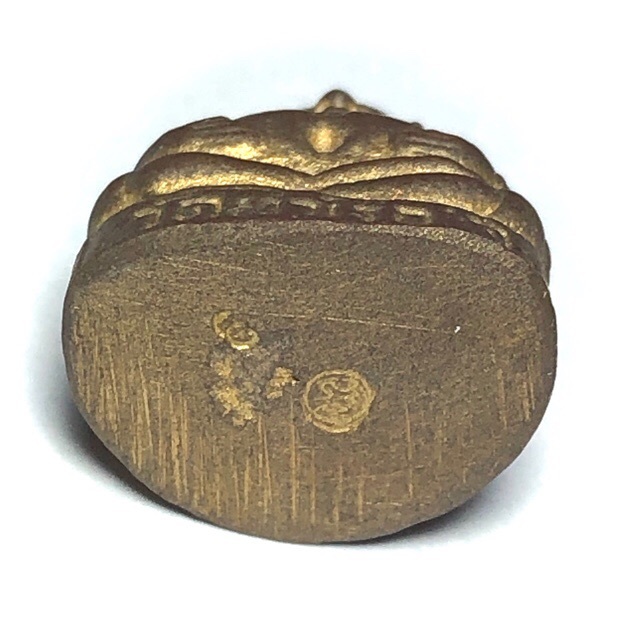 The bottom of the amulet has the code of authenticity in the form of a number and a monogram. 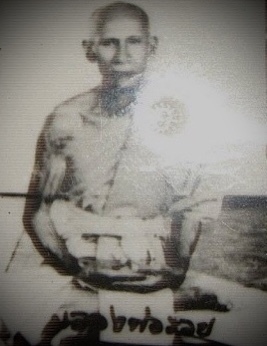 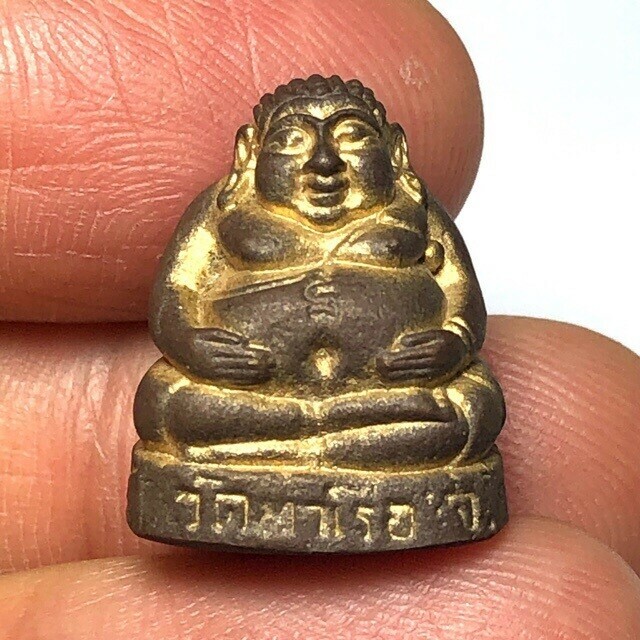 Luang Por Ruay is rather an inimitable phenomenon, because, he is what we would like to call a Master of Old, with immensely powerful Wicha, which is known by his devotees, despite never having been a fame-seeker, or making displays of power in front of people. 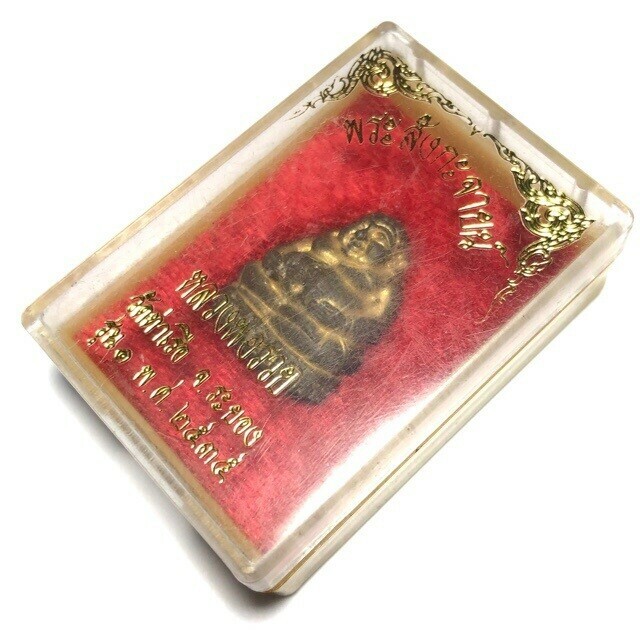 His amulets have spoken for themself, in their pure Buddhakkun Auspicious Karma Improving Powers, renowned for protection, good luck, and wealth attraction Having passed through decades of experience in Buddha Abhiseka blessing ceremonies, with the Great Master Monks of his generation, he dominates Wicha like a true Adept Buddhist Master. 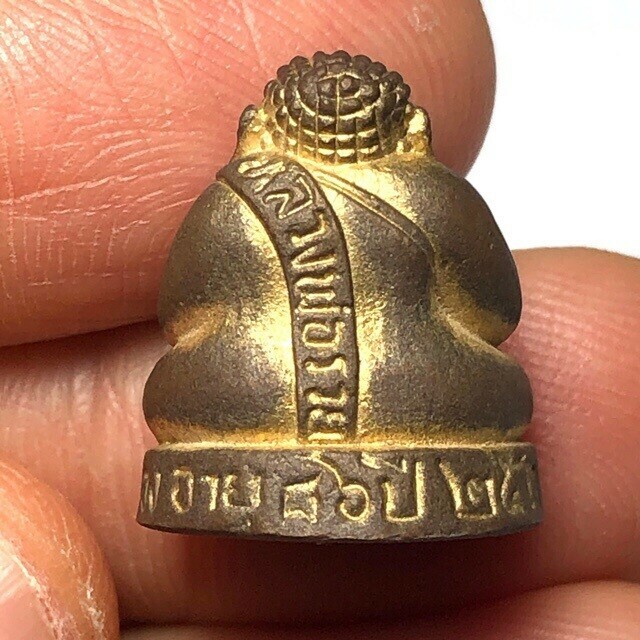 Chanting this Kata, is Good for increasing popularity, business sales and promoted status. In addition, Sangkajjai amulets have the special abstract magical quality of increasing your common sense, mindfulness, and wisdom. This particular aspect of the Sangkajjai magic is what is called a ‘Pritsanatam’ (mysterious phenomenon). 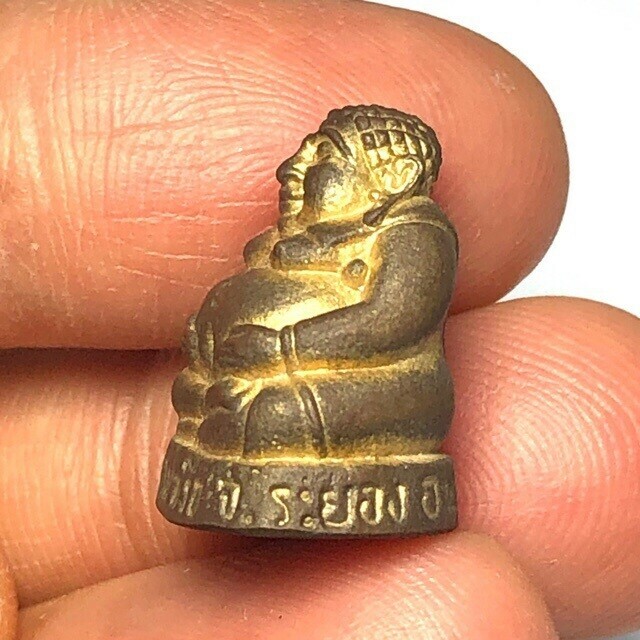 Pra Sangkajjai represents one of the Pra Sidtisawok Aedtakka (One of the Buddha’s the most admired and praised practitioners). The Buddha praised him for his ability to put long complex teachings into short understandable formulas. He has a golden tinted skin complexion, and was originally so similar in appearance and stature to the Lord Buddha, that sometimes people would mistake him for the Buddha if seen from a distance. For this reason, he used his mind powers to force his body to grow fatter and not so handsome as before, in order to not confuse others if he was the Buddha or not. The ancient masters would often use the visual symbolism of Pra Sangkajjai’s features to create statues in this image, which has served as an important preserver of the Faith over the Centuries, and a very old form of Buddha image dating back to the early times of Buddhism. 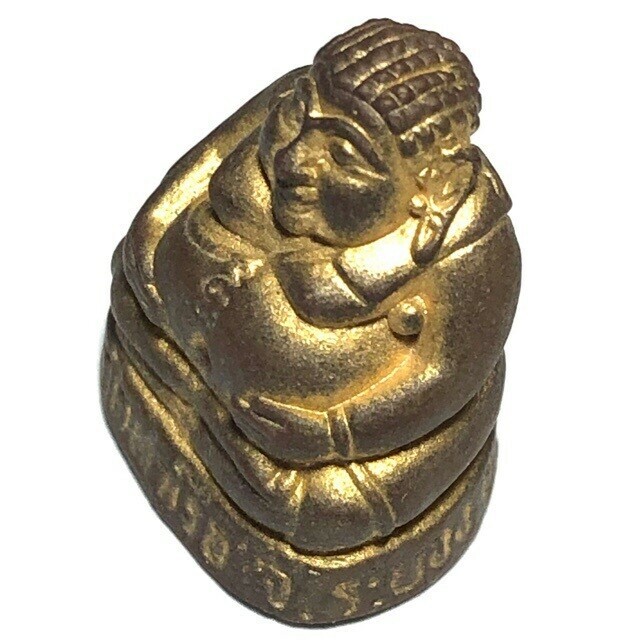 Pra Maha Sangkajjai was originally called ‘Ganjana’, which means ‘Gold’ in Pali. He was the son of a Brahman called Bpurohidtgajjayana Kodtra in the City of Usenni. He studied and completed the Traiwaet (Tri Veda). After his father passed away, he inherited the title of Bpurohidt (advisor to the King). This happened in the time of the King Jantabajjodti. Pra Sangkajjai had 7 close companions who cam,e with himn to attend the Buddhas teachings at Wat Weluwanaram, and after listening to the Dhamma, becamse Arahants instantly and asked to ordain.

In the Turasutra it is mentioned that Pra Sangkajjai lived to the age of 120 years old.The Sangkajjai amulet has always been a very preferred amulet and believed ot have great power, for the insertion of the ‘Puttakun’ qualities of the Sangkajjai Buddha of Metta Mahaniyom and Maha Sanaeh, and forcing these powers to become a Sacred Na spell within the image of the amulet. Sangkajjai amulets are also sometimes made as Pid Ta amulet posture too, as a mix of wealth increase, and protection from harm amulet. 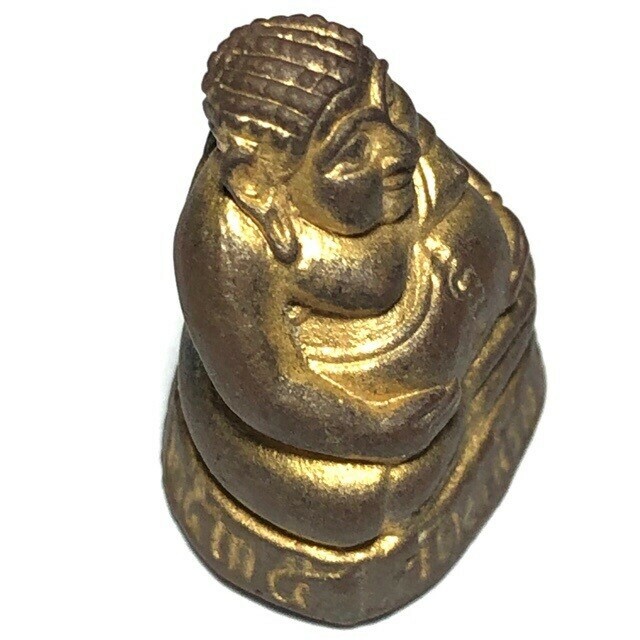