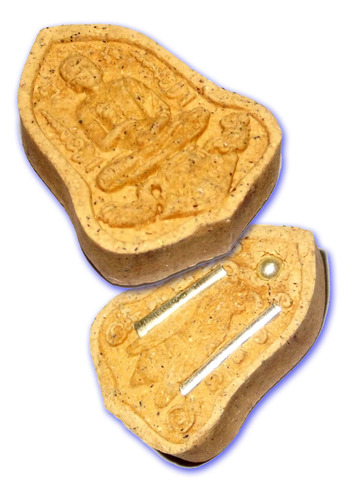 Luang Phu Bua Pa Blesses us for 2555 Be with a new series of amulets of true Buddhist Origins (Pra Sivali eating from the almsbowl), with typical Thai Animist Influence (Treasure Bee on back face). The front face of the amulety features Pra Sivali Thaera Jao (Chimplee Arahant), in the 'Jok Badtr' (eating) posture, pure Maha Pokasap (Consumer Delights and Wealth of Treasures). Pra Sivali is radiant and glowing with an Aura of Metta Mahaniyom to induce Mercy and Friendliness, generosity and Love in the hearts of those who approach within his Charming Aura.

Made from the finest Pong Puttakun (Yantra Powders) and Pong Wan 108 (108 types of Ground Holy Woods, Herbal Powders and Pollens). Pra Sivali sits on an almsbowl and eats from a second almsbowl. This provides Maha Pokasap Power of gathering Wealth and treasures and having more than you need to consume, which is the basis of increased Wealth. 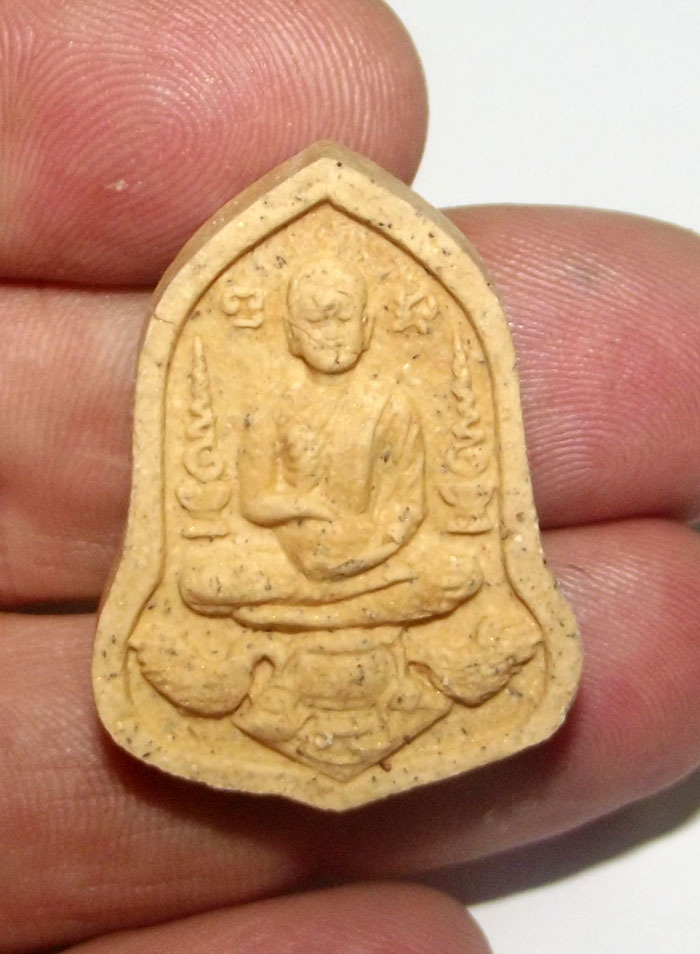 Each side of the alms bowl he is sitting on, are two 'Gai Gaew' Crystal Cockerel and Hen, consuming form the bounty that is overflowing from it. Metta Mahaniyom, Maha Pokasap, Maha Lap, Serm Duang. 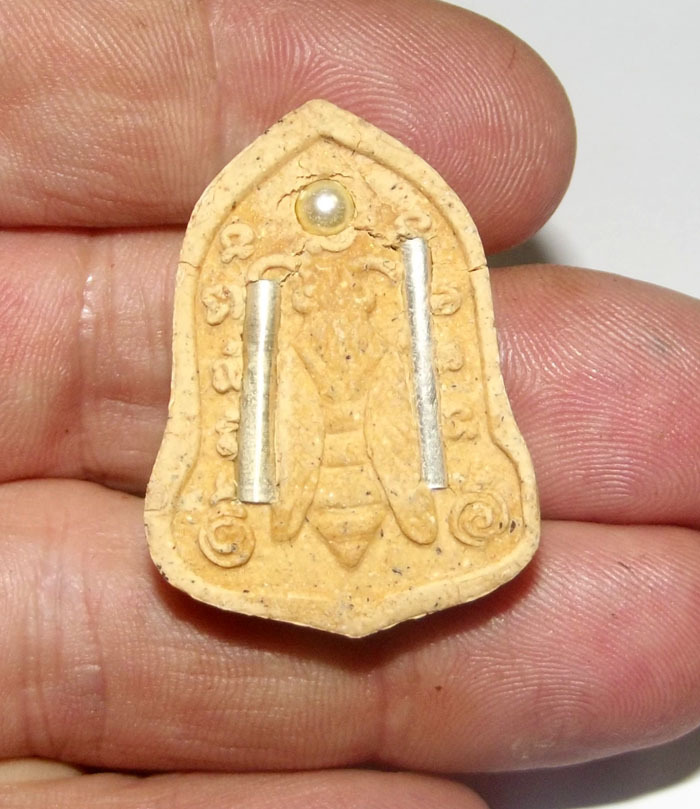 The rear face of the amulet features an embossed Treasure Bee to gather wealth and treasures up as you go along, just as a bee gathers pollen and hordes his honey. In addition, two silver Takrut Spells are inserted with Heart Mantras of Pra Sivali and the Crystal Cockerels. One white Pearl is inserted above the treasure bee's head. Pearls and Gems are known as 'Ploi' in Thai, and Enchanted/Blessed ones are called 'Pli sek'. Even though this is a Pearl not a Gem, the Magical factors are the same, namely that 'Ploi Sek' are tiny treasures which when empowered and embedded within amulets, cause your treasures to gather and never lessen (Pokasap). Such is the case with these Pearls too. 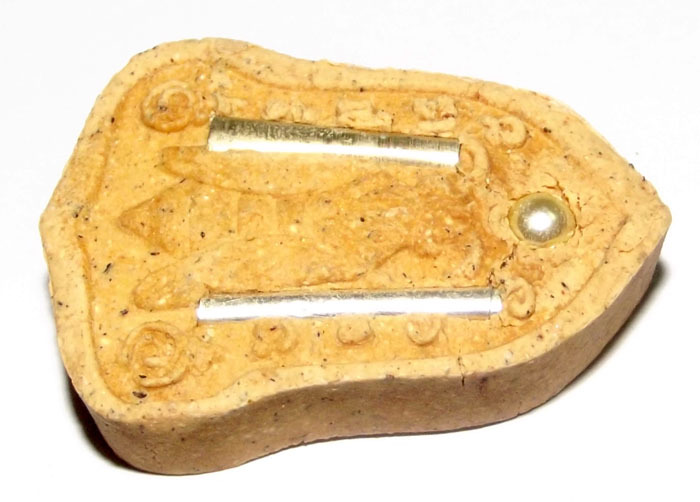 This amulet is evidently aimed at the most powerful Maha Pokasap effect possible combining various Pokasap factors in the formula including the Ploi Sek, the Treasure Bee, the image if Pra Sivali, the Pair of Sariga Birds, the overflowing alms bowl, and second alms bowl, and the two Takrut spells. All of these elements are Powerful Maha Pokasap with the Metta Mahaniyom of the Gai Gaew birds adding the magic to make people Biased in your Favor. 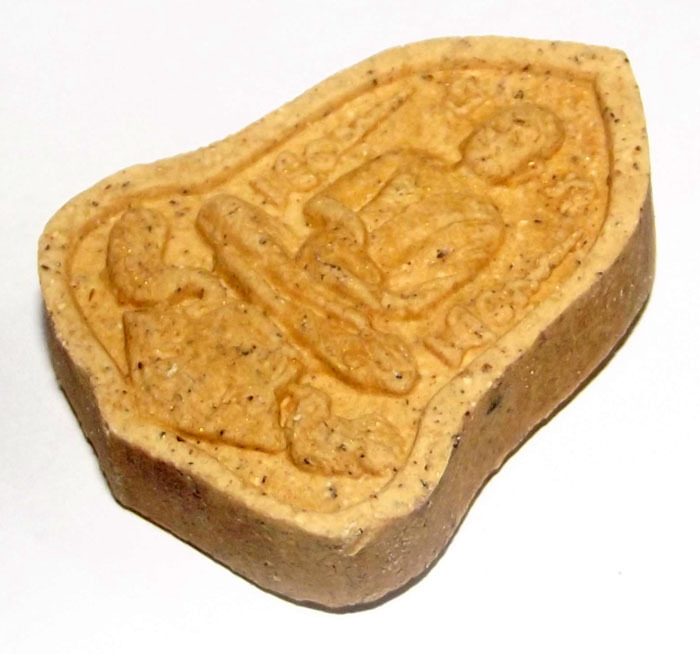 The amulet was released in three different grades/versions, one 'Pim C' in white powders (Pong Puttakun + Pong Wan 108), one 'Pim B Pised' in dark Maha Sanaeh powders, with two Takrut, one pearl and one gemstone, and one 'Pim A Ongk Kroo', also in dark Maha Sanaeh powders, with gold leaf blessing pasted on the golden treasure bee, three gemstones in rear face, and one pearl in front face. 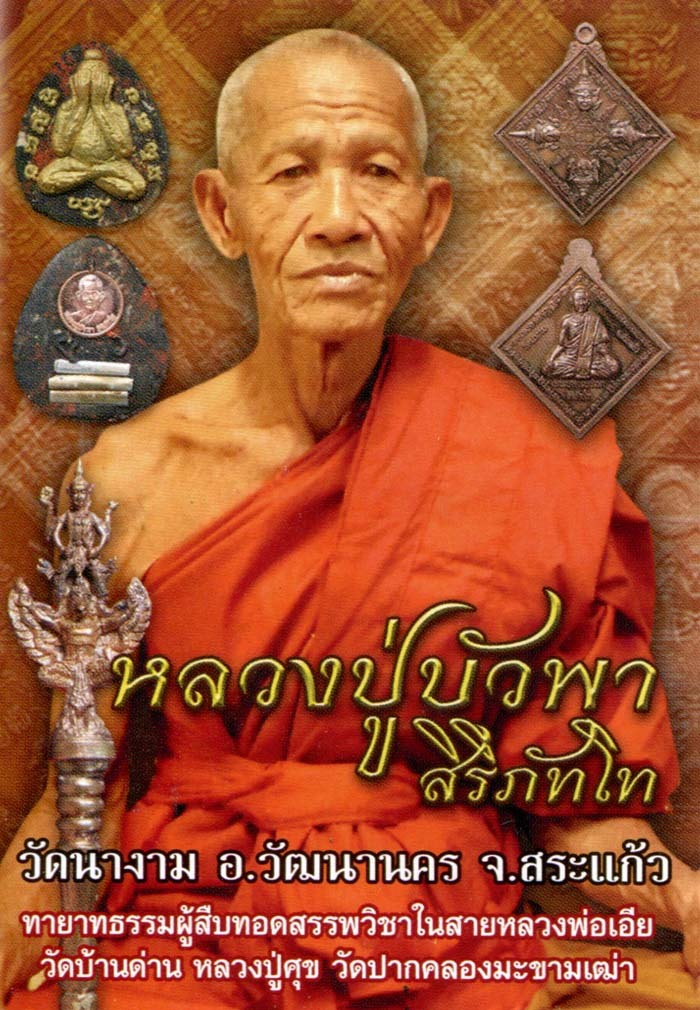