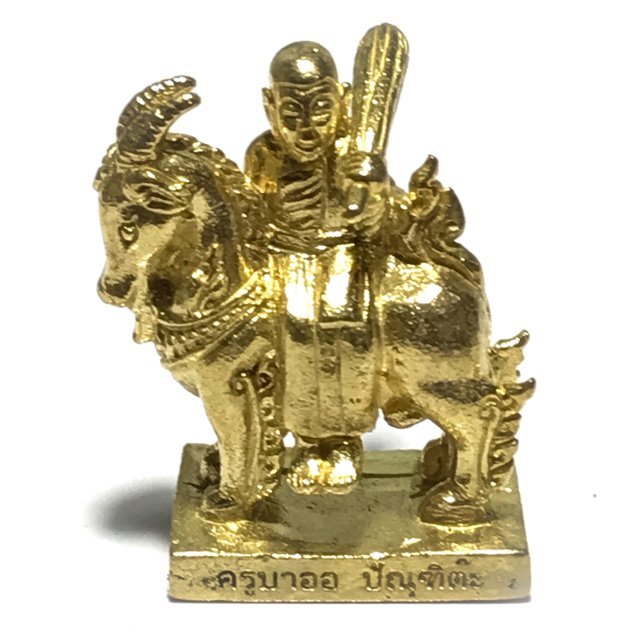 This was the first ever edition of Sivali Khee Pae, and also the last Sivali amulet before the passing of Kroo Ba Or. The amulets were released along with some Lanna 'U-Dting' statuettes, which are a kind of Pra Khun Phaen In Koo riding an Elephant, based on ancient Lanna Legends.

The fusion of Pae Maha Lap magic and Pra Sivali Mercy Charm invokes the power to bring wealth, treasures, popularity, and auspicious blessings (Good Karma). Both the Pae and Pra Sivali are popular Wicha for those who seek to improve business, have more convincing seductive influence, and even to win lottery. 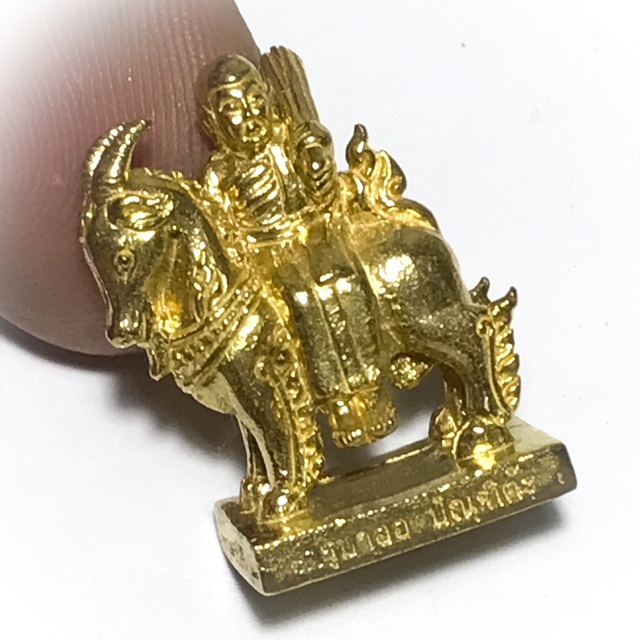 The Pra Sivali Khee Pae is a combination of Pra Sivali Chimplee Arahant Magic (Maha Sanaeh Maha Lap Metta Maha Niyom), with the Pae Maha Lap (Maha Pokasap Maha Lap Kaa Khaay Siang Choke). A perfect compendium of magical influences, for an amulet that is well endowed for wealth accumulation and easy living, safe travels and survive all situations, be they financial or physical. The combination of Pra Sivali and the Pae Maha Lap Goat is an Old Lanna Wicha of the Northern Tai Yai (Shan) people, which was used to improve business. 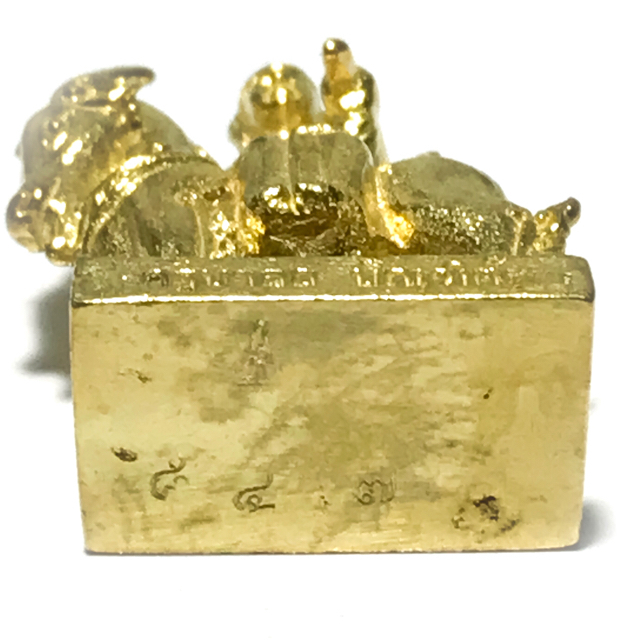 The Sivali Khee Pae Loi Ongk Statuettes were made in various sacred metals, all in limited series edition. A most inimitable amulet of the Deceased Thai Lanna Master, Kroo Ba Or Bandita, of the Samnak Songk Doi Pratat Jom Wae. The Lucky Goat upon which Pra Sivali is riding, is an Animist Charm for Wealth Increase and Gambling Luck, Protection and Evasion of Dangers. 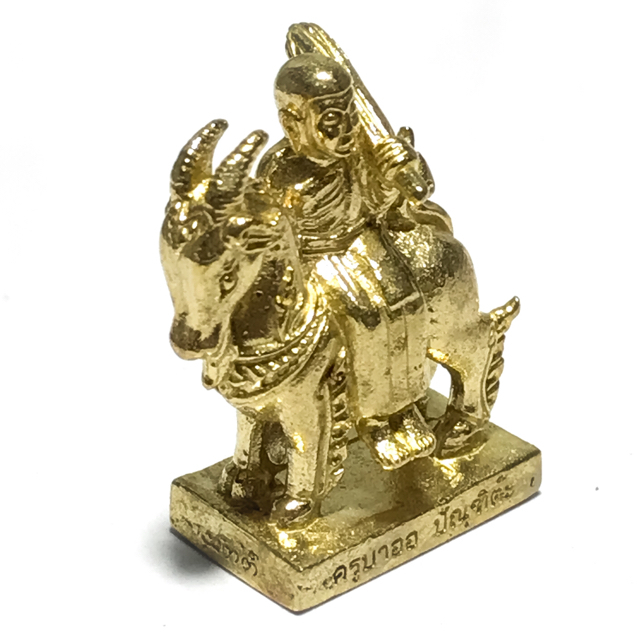 The Male Goat is known to rule over up to 20 females in his group. The Goat Charm is this imbibed with the power to attract and keep hold of a large group of Lovers or Admirers. The Goat is considered a very Lucky animal who gets away with what he wants, and who has lucky fortunes. The Pae (Goat) is considere powerful Maha Lap Magiuc, and is a Ideal Tool for Traders, Marketeers and those in Sales Professions, and for those who like to frequently play Lottery and Casino games. One of the lesser known powers of Pra Sivali and of the Lucky Goat, is safe travels. This makes the amulet a very sensible choice for Travelling Sales persons or Executives in the Sales or Contracting Professions. 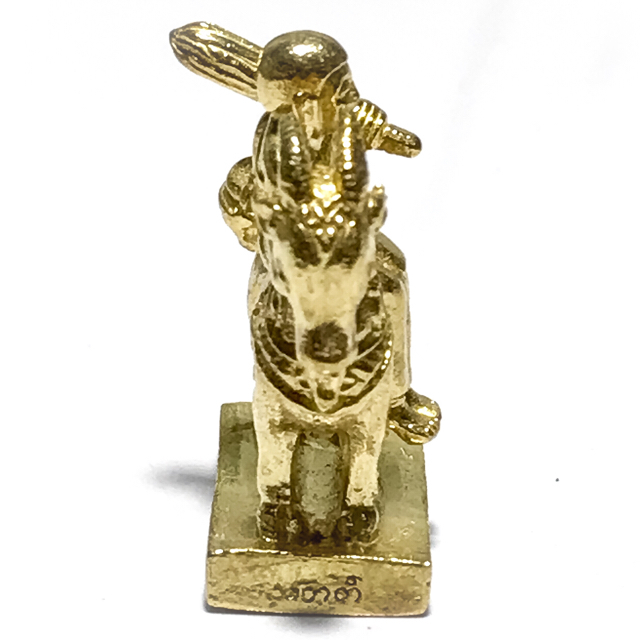 The Pra Sivali amulet, has been worshiped for many centuries, for increasing wealth and attracting a constant flow of wealth and belongings. The Sivali Charm effect causes people to treat the wearer with compassion, mercy and preferential Bias. The Buddha himself even stated that, as the monks were travelling through the remotest parts of the forest, where few villages and folk were around to offer alms and food, if Pra Sivali had not been with them, they might have starved. 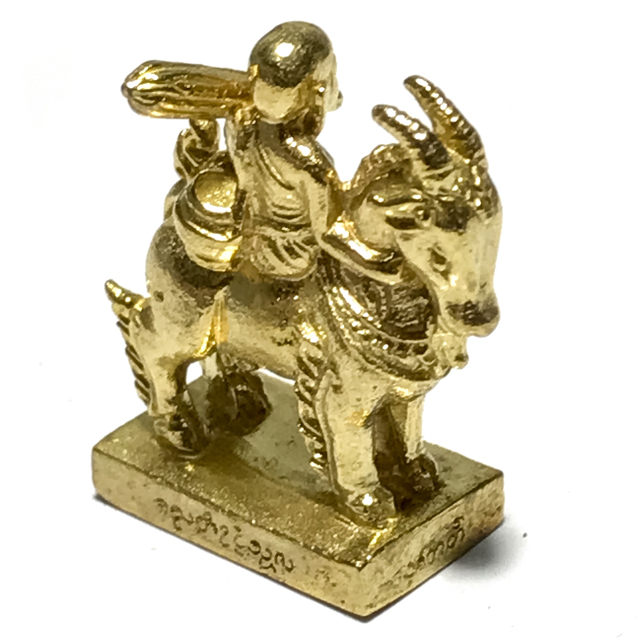 Kroo Ba Or was a Highly Adept Sorceror Monk of the Thai Yai Mountain Hilltribe People, who avoids the limelight, and spent most of the time on the high mountainsides in the forest, in serenity and solitude. 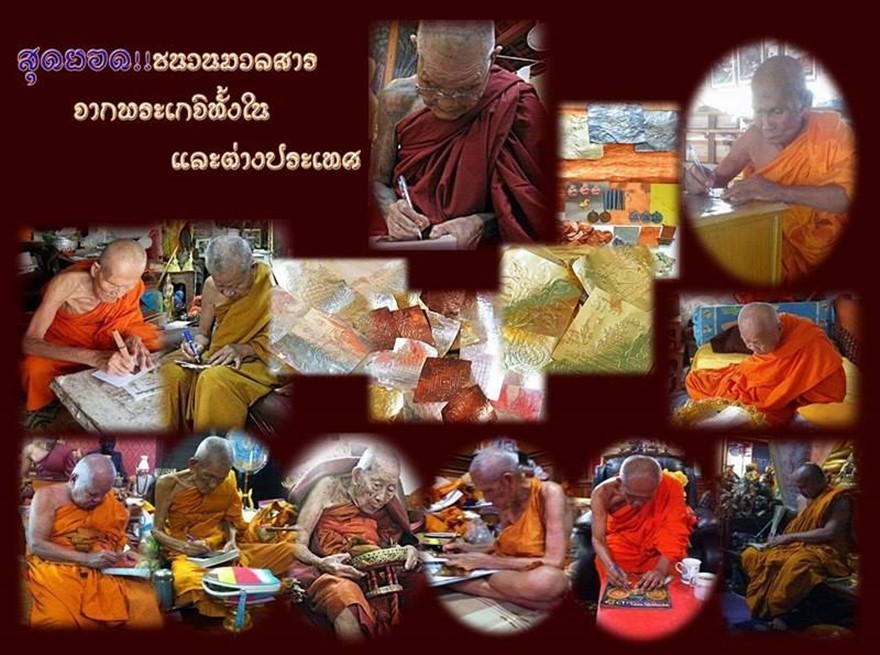 Above; The Chanuan Muan Sarn Metallic Sacred Substances were smelted from a large number of amulets, Yantra foils and other sacred artifacts, donated ffrom many Great Masters around the Nation, to make the Pra Sivali Khee Pae, and the U-Dting Lanna mercy Charm Loi Ongk Statuettes in this 100 Years Edition. 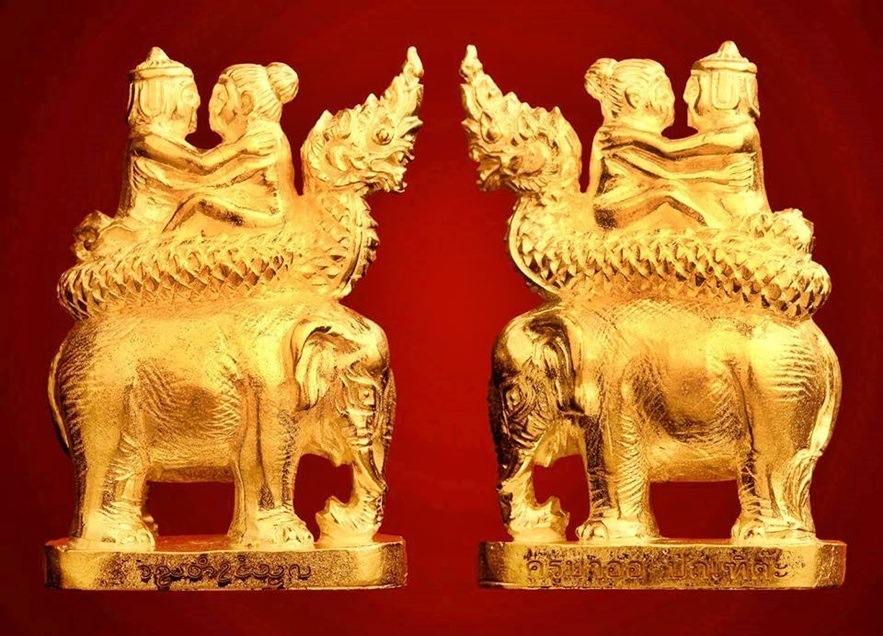 Above; The U-Dting Loi Ongk Statuette which was released in this edition along with these Pra Sivali Khee Pae (below)

Kroo Ba Or developed his Magical Wicha from 9 different Kroo Ba Ajarn in is lifetime, who came from the Thai Yai people of Burmese side of the border. He possessed a large number of Tai Yai and Lanna Wicha which he received over the decades from his Kroo Ba Ajarn, during his long and admirable trajectory. HIs presence is dearly missed by his devotees, and his amulets are fast disappearing from the public view as devotees snap up the last ones remaining. 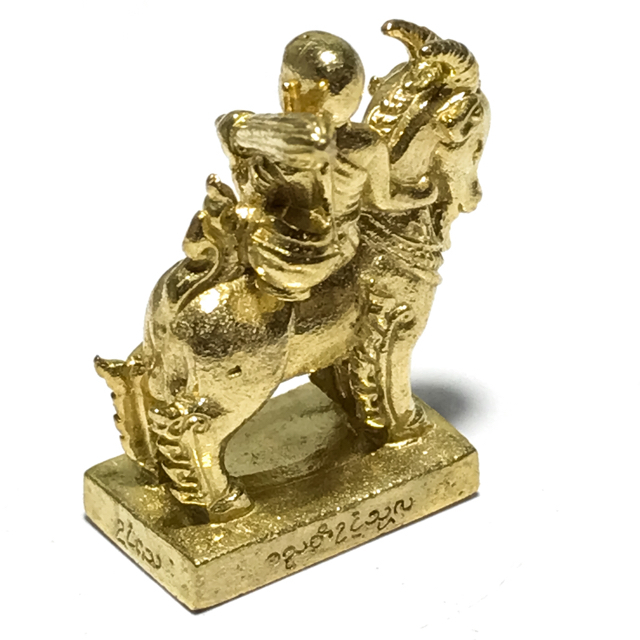 Kroo Ba Or passed away as one of the last of his Generation of Elder Master Monks in 2559 BE, at the age of 101 years old (counting the Thai Yai Calendar). Kroo Ba was one of the most highly revered and beloved monks of the Lanna Region in the present Era. His amulets have become some of the most highly preferred of all in the present day, with devotees from all around the world who worship them. 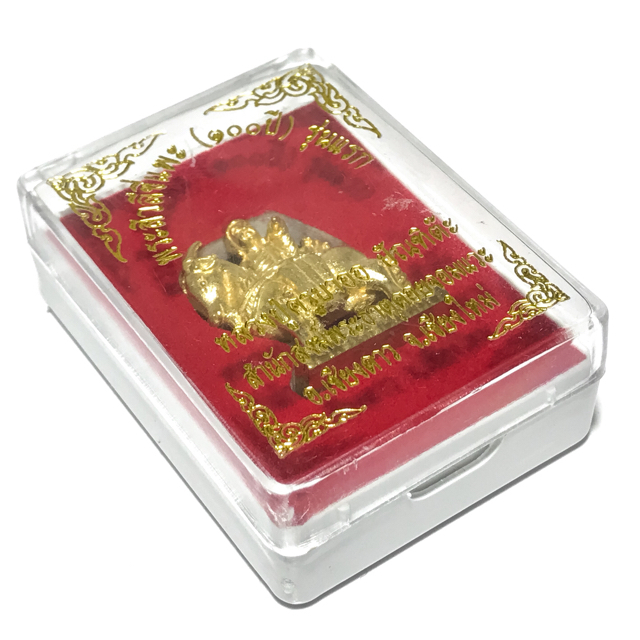 The Buddha said that Pra Sivali had great charm and attraction power of Metta Mahaniyom, and that his presence in the Sangha was responsible on many occasions for the survival of the Bhikkhus, as his charm power was so incredible, that people would appear from all directions to make offerings and pay respects, listening to his Dhamma. 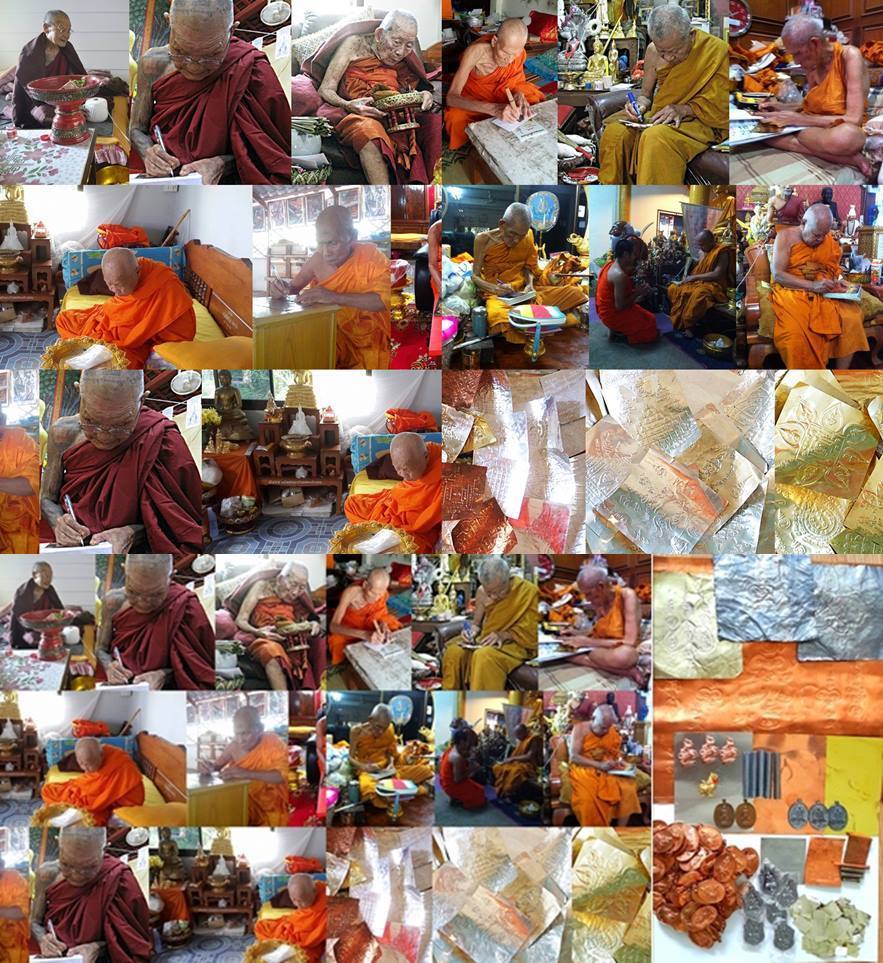 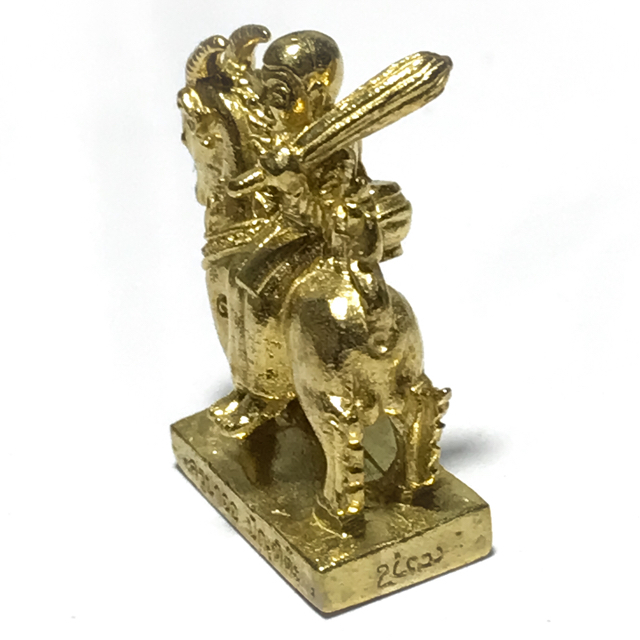 It is said that those who were near him or heard his sermons, would experience great luck and friendly treatment from everyone, and become ever richer. The Pra Sivali amulet is one of Thailand's most powerful Purely Buddhist amulets for increasing riches - perhaps the most powerful.

(When you chant this whilst making Bucha to Pra Sivali, then say in your inner heart silently the following words; 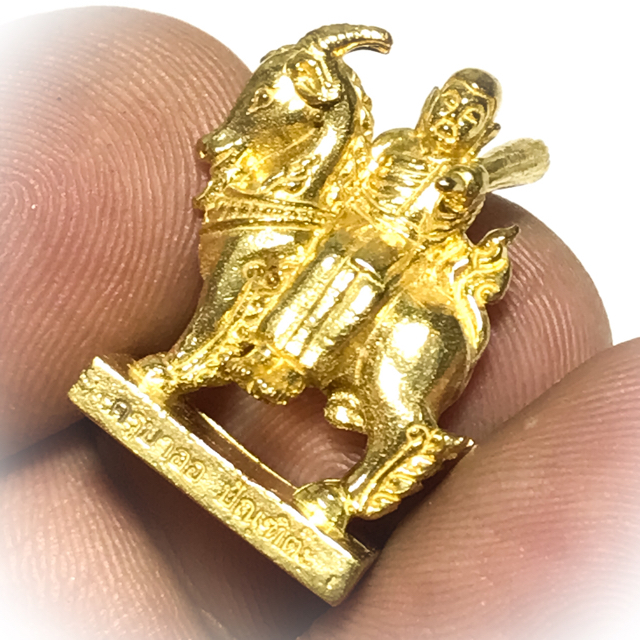 Kata for chanting when going on Business trips 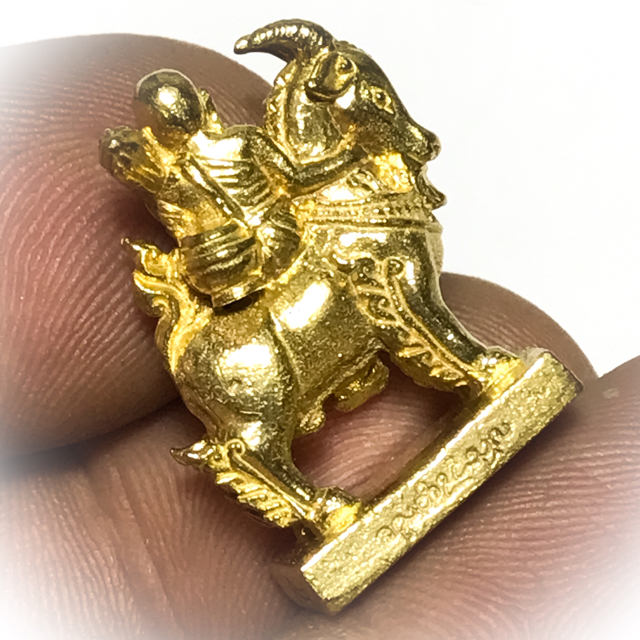 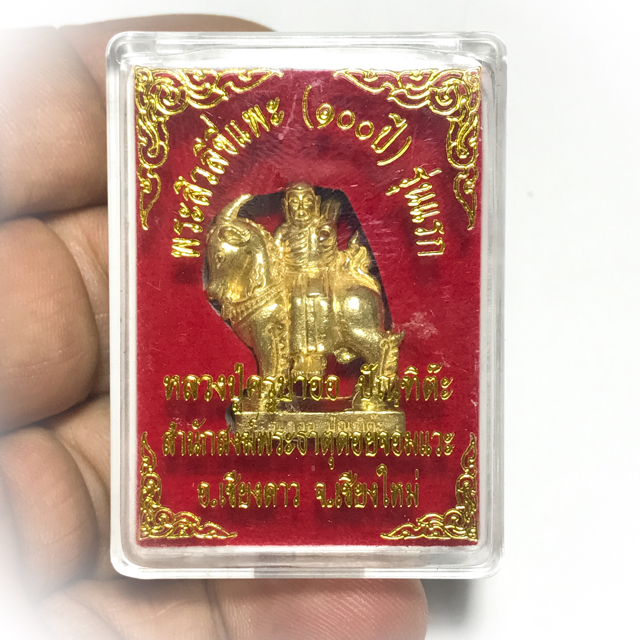 May his immense power of Metta Mahaniyom and Choke Laap Saggaara generate riches andgood fortunes in life, For absence of material things leads to physical suffering and plight”. 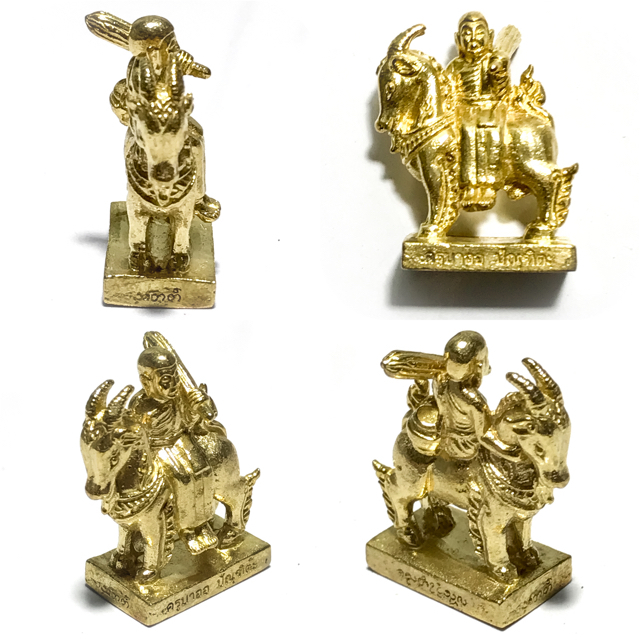